While Bethesda didn’t make any kind of Skyrim VR-related announcement during its own E3 2017 press conference, the company made an appearance during Sony’s late-night media showcase to announce Skyrim VR, a PlayStation VR exclusive now available to buy in the UK.

Here, we discuss the availability of the game, platform support news and what to expect in terms of gameplay.

When will Skyrim VR be released?

Skyrim VR is now available to buy on the PlayStation Store following a 17 November 2017 release date – the sixth anniversary of the game’s original launch. 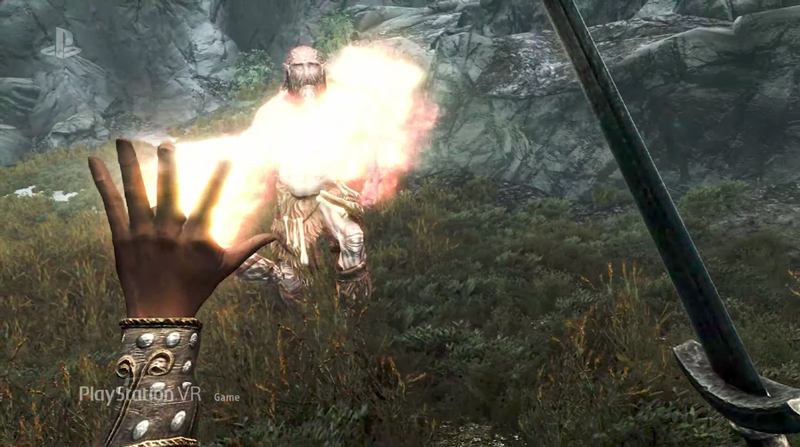 Which platforms is Skyrim VR available on?

Skyrim VR was announced by Bethesda during Sony’s E3 2017 press conference, and is such a PlayStation VR exclusive – at launch, anyway.

While Skyrim VR was initially announced as a PSVR-only title, Bethesda has since confirmed that there will be a HTC Vive variant released at some point in 2018. There’s still no news for Rift owners, but it’s not a stretch to imagine that it too will get access to Skyrim VR in 2018.

Those interested in picking up a copy of Skyrim VR should head to the PlayStation Store (£49.99).

Bethesda has confirmed that Skyrim VR will feature the full Skyrim game that was released in 2011, along with all three official add-ons; Dawnguard, Hearthfire and Dragonborn.

There are a handful of changes to the game though, as would be expected when porting a game to VR. The company says that Skyrim VR “reimagines the complete epic fantasy with an unparalleled sense of scale, depth and immersion”.

A gameplay trailer released by Sony during its E3 presentation (which can be seen at the top of this article) showcases exciting first-person combat and battles with giant spiders, skeleton warriors and dragons alike.