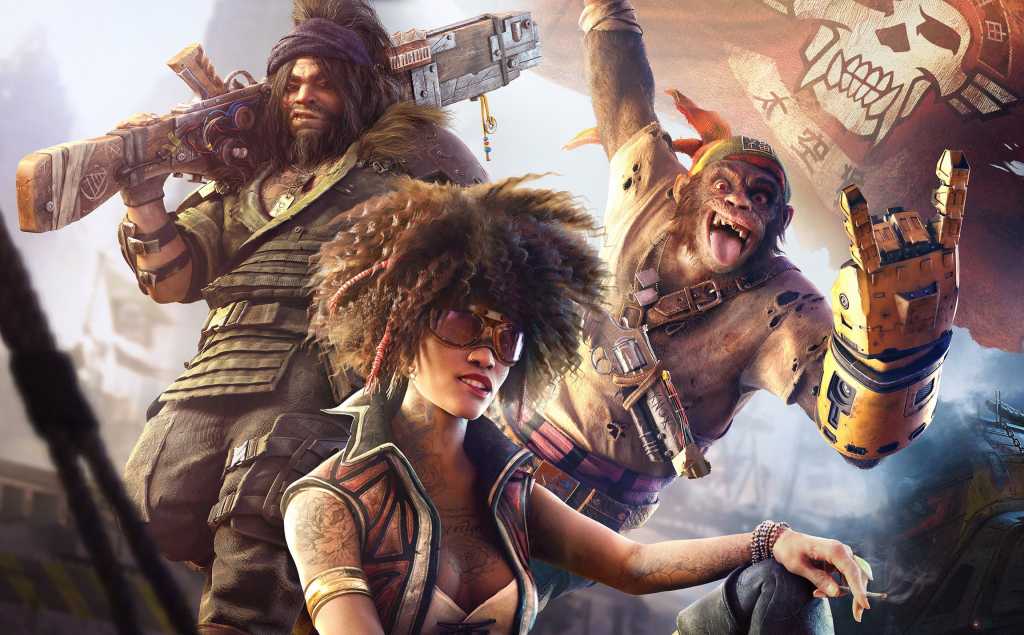 It’s been more than a decade and a half since the original game came out in 2003, but Ubisoft is still working on Beyond Good & Evil 2.

The game’s current iteration was first revealed with a trailer at E3 2017, before we saw early gameplay during a May 2018 livestream and then a brand new trailer at E3 2018. There’s been next to nothing since then though.

That all came after years of on-and-off development, teasers, and rampant speculation and it looks like the game has been reworked from scratch at least once over the years. Here’s what we know so far about what to expect in terms of release date, platforms, and gameplay.

When is the Beyond Good & Evil 2 release date?

The short answer is: we don’t know.

The long answer is: definitely not in 2020, and even a 2021 launch is looking optimistic – after all, the only thing we’ve seen so far is a cinematic trailer and pre-alpha gameplay, and the game’s been in some form of development since at least 2008 already.

A September 2020 update from the game’s senior producer Guillaume Brunier suggests that we won’t even see any more of the game until some time in 2021, guaranteeing that release is still a while off:

“We are aiming to share more and show you the game in action sometime next year, once we pass our next internal production milestones.”

What platforms will BG&E2 be on?

The game was officially announced for PS4, Xbox One, and PC, but given the timing it’s not obviously more likely to launch on the PS5 and Xbox Series X.

While there had initially been speculation that Nintendo had contributed development funds to ensure Switch exclusivity, that is pretty much definitely not the case. Michel Ancel, the game’s initial creator, replied to a comment on Instagram to say it wasn’t a Switch exclusive “as far as I know”.

While there were a few early teasers floating around for old builds of the game, there are only two trailers for its current, official version. The first is this slick cinematic from the E3 2017 reveal:

What to expect from Beyond Good & Evil 2

There’s a lot that’s unknown here too, in part because it’s clear that the game has changed so much over the years.

We were given a gameplay tease during the E3 event that showed some basic melee combat for a few moments, and some ship-to-ship combat too. It looked very solid, but not particularly revolutionary, although the game is still in development so it must be taken with a grain of salt.

When Beyond Good and Evil 2 was first teased way back in 2008, it was with a trailer that focused on Jade and Pey’j, the protagonists from the first game, suggesting that this would be a pretty straightforward sequel.

Over the years since – during which development was put on hold at least once – things have shifted dramatically.

From late October 2016, creator Michel Ancel began posting teaser images of concept art, one of which appeared to include a young version of the porcine Pey’j. Then Ubisoft’s E3 2017 presentation confirmed speculation: Beyond Good & Evil 2 is actually a prequel to the original title. It takes place about a generation before Jade was born.

In terms of story, there is a “classic adventure system” which will allow you to solve or manage problems in various ways, but everyone follows the same basic path. You begin with very little and work your way up to becoming a legendary space pirate.

The game world is epic in its proportions. The planet is actually just a satellite of a much bigger planet, and a whole star system is simulated. The game will see players step into the 24th Century to explore System 3, described as “a vast solar system and a hub of interstellar colonisation and commerce.”

The trailer is mostly set in Ganesha, which is just one of several cities and outposts in the final game. A blog post explains that Ganesha was settled by colonists from the Indian subcontinent and Southeast Asia, and goes on to claim that “all of the outposts and cities in System 3 will reflect the cultures of ‘Old Earth’.” 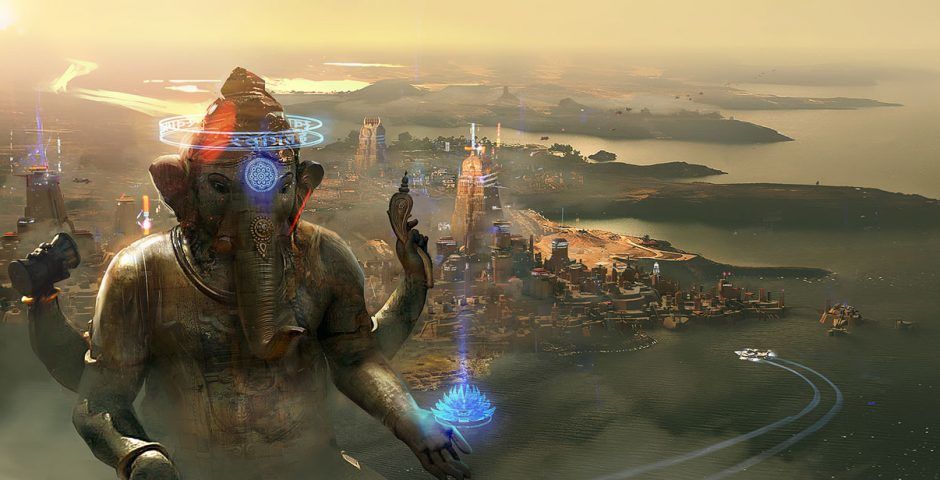 It’s also confirmed that you’ll be able to create your own male or female character, destroy certain elements of buildings in the city and be able to travel in a “seamless online environment” in which players play space pirates, exploring the system on their own or with friends online.

The emphasis on the ‘seamless’ environment is interesting, as it would seem to suggest no loading screens. So does that mean we could be fighting on a planet hand-to-hand, then grab a ship and fly up into orbit?

The pirate spaceship you see in the E3 trailer is fully controllable and is your crew’s home as well as a ‘garage’ for smaller (and also controllable) spaceships. We’ve also seen the ability to navigate your ship, use jetpacks, and fly through space with your buddies as part of a co-op armada.

Is Michel Ancel still the creator?

Ray-Man creator Michel Ancel is an Ubisoft legend, and was also the man behind the original Beyond Good & Evil.

He was heavily involved in Beyond Good & Evil 2, and Ubisoft used him to represent the game on stage at E3 and in various videos to promote it online.

However, he’s since stepped back from the project – and from games entirely. He announced on Instagram in September 2020 that he’s leaving the games industry behind in order to instead run a wildlife sanctuary – not so strange a fit coming from BG&E, we suppose.

He said at the same time that for “many months now” the BG&E2 team had been autonomous, which was later confirmed in an Ubisoft statement that said Ancel “hasn’t been directly involved in BG&E2 for some time now.”

The statement adds that “the team have been hard at work building on top of the solid creative foundation he helped shape,” so it sounds like Ancel’s work will still play a major part in shaping the game to come, even if he’s no longer a part of it directly.

This is a little much to get your head around but it’s actually a very interesting idea.

Ubisoft has partnered with actor Joseph Gordon Levitt’s company HitRecord. It styles itself as a collaborative production company, and will be helping the community get their content into Beyond Good & Evil 2.

Artists can create content for Beyond Good & Evil, which can be anything from art and music, to radio plays and fashion design, and have them entered into the game via HitRecord’s platform.

What wasn’t mentioned during the press conference, but has been confirmed later by Levitt via Twitter, is that the artists will in fact be paid for their contributions. This was unclear originally and the more cynical of us were seeing this as a way for Ubisoft to get some free content. Thankfully, this is not the case.

You can find out more about this at hitrecord.org

What is the Space Monkeys program?

One of the most unexpected elements of the Beyond Good and Evil 2 announcement was the reveal of the Space Monkeys program.

Billed as a chance for fans and players “to crash-test, discuss and inspire everything from character design, to cultural influences, to the flight controls on our massive star-faring vessels,” the program sounds like a cross between Early Access and a beta, and it will give players the chance to try the game early.

If you want to take part, you can sign up online from the game’s official site and hopefully get the chance to jump into the game before anyone else.