Until the Spark, DJI had stuck to making drones for people that are serious about getting great aerial photos and videos. But the Spark is more of a ‘lifestyle accessory’. Read our review of the Spark for more details.

While the fold-up Mavic Pro is small enough to fit in a handbag, the Spark is tiny enough to take off from your hand, weighs just 300g and can be controlled entirely by hand gestures.

You can buy a Spark now from DJI’s website, and also from retailers in the UK including Heliguy. Also check out the new  Mavic Air.

New firmware must be installed by 1 September

DJI is rolling out another firmware update which includes safety features. Because of these, DJI has decided that any Spark that isn’t running this latest version (01.00.0600) won’t be able to take of as of 1 September 2017. 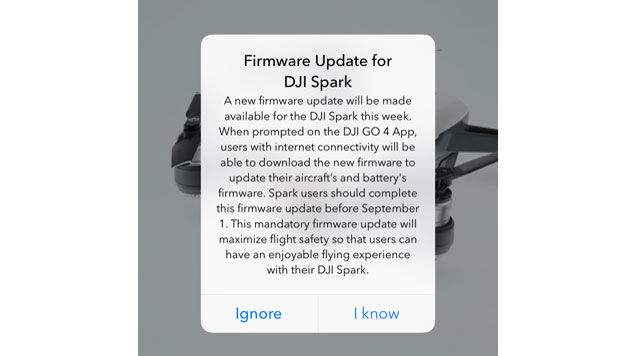 As well as an update for the drone, there’s also new firmware for the battery which “improves stability”, so you’ll need to put each of your batteries in the Spark in turn to make sure they all receive the new code.

Here’s what’s in the update:

How much does the DJI Spark cost?

If you like, you can buy the remote controller separately, but it’s not cheap at £159. Spare batteries are £55. 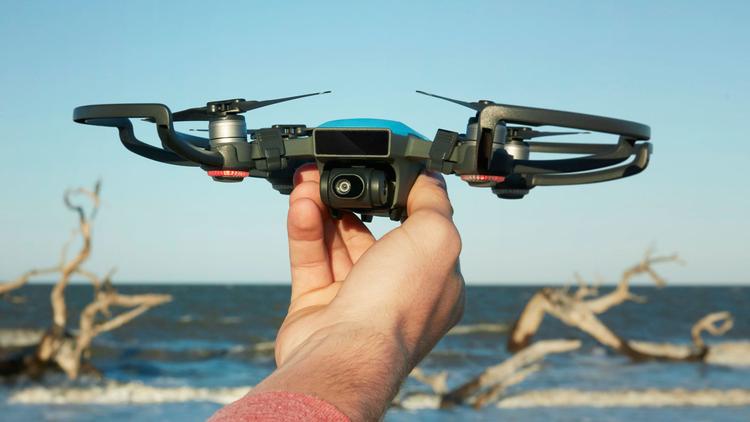 The Spark also comes in five different colours: Alpine White, Sky Blue, Meadow Green, Lava Red, and Sunrise Yellow. However, even a couple of months after launch, it’s still hard to buy anything except the white version.

Check out our roundup of the best drones to buy.

What are the specs and features?

The Spark has a 2-axis gimbal and a 1080p camera that can also take 12Mp photos. This means it’s a cut-down version of the three-axis gimbal found on all other DJI drones (including the Mavic Pro) and has a lower resolution than most.

It’ll fly for around 16 minutes on a full charge, which is around half the time of the Mavic and Phantom 4.

The mini drone can be airborne even faster than the Mavic Pro since it doesn’t need an app or controller. However, you’re not limited to using gestures: the drone can be flown using a traditional remote controller or a mobile device.

Clearly, the designers have taken inspiration from the Mavic Pro, but while the propellers fold in half, the arms are fixed.

Part of the reason for the high price is that the Spark has obstacle avoidance. Again, this is a cut-down version of the system you’d find in DJI’s £1000+ drones.

It uses the main camera, of course, along with downward-facing sensors and a forward-facing 3D sensing system. Plus it packs in dual-band GPS and GLONASS, all of which mean it can hover accurately and detect obstacles up to 5m away (which isn’t very far compared to the Phantom 4 Advanced). 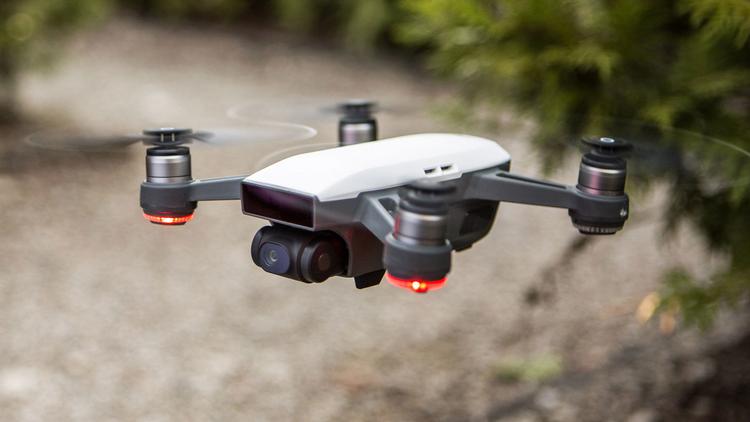 Like all recent DJI drones, the Spark can return to its take-off point automatically with a sufficient GPS signal. And if you’re using the remote controller (which is like the Mavic’s but without the LCD screen) and the battery gets too low or the connection is lost it will automatically return home, sensing obstacles in its path. 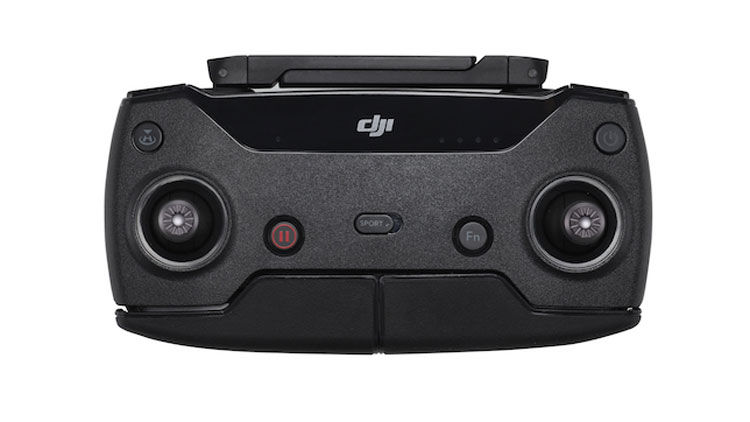 Again, if you use the controller, you’ll get 720p real-time video from up to 1.2 miles away (way, way further than you’re allowed to fly a drone in the UK). You can also switch into Sport mode where the Spark will fly at up to 31mph.

So far, so fun. But the new ‘QuickShot’ modes should be the real appeal of the Spark.

There are four: Rocket, which makes the camera point down while the drone shoots upwards; QuickShots are available: Rocket, sending Spark straight up into the air with the camera pointed down; Dronie (which really should be called ‘Reveal’), makes the Spark fly up and away from you (or your subject); Circle, which flies perfectly around a subject; and Helix, which is an automatic upward spiral away from a subject. 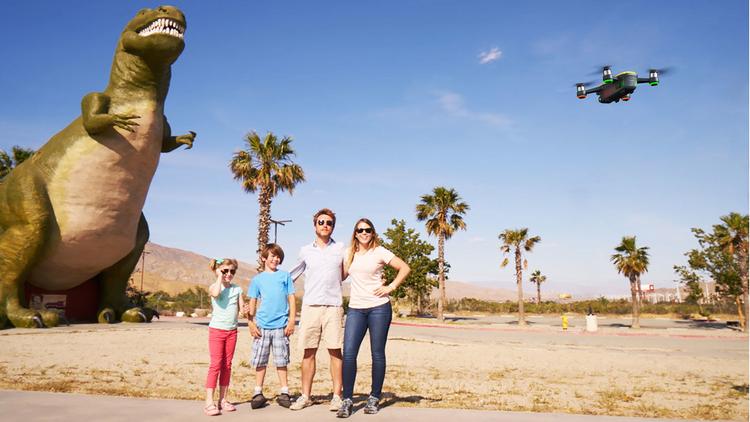 The Spark doesn’t stop there: you get some of the modes you’ll find on DJI’s top-end consumer drones, including ActiveTrack and TapFly.

There’s a new option in TapFly called Coordinate which lets you fly the Spark automatically to a location you tap on your phone screen.

For the uninitiated, ActiveTrack lets you select your subject on screen and automatically follow it, keeping it in the centre of the frame. 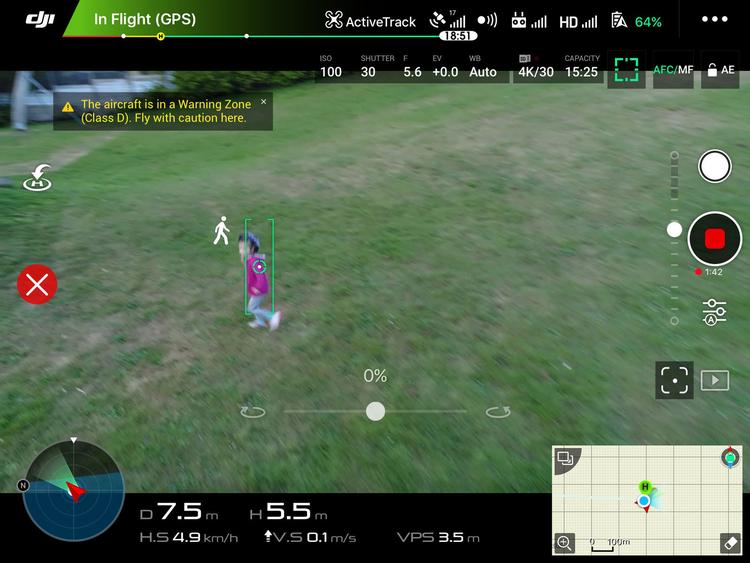 And in these modes, the Spark will sense obstacles in front of the drone.

When you’re taking photos, there’s a new handy mode we wish DJI had added to the GO app years ago: Pano Mode. As you can guess, this is for taking panoramas, and it works horizontally and vertically – and automatically, rotating the gimbal and drone for you.

DJI is on-trend with the other new mode: ShallowFocus. This blurs the background while keeping the subject sharp like a DSLR.