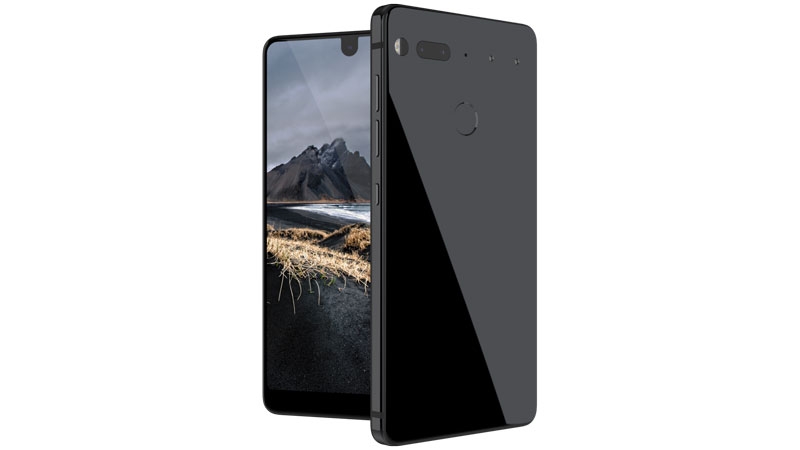 There is a new smartphone competitor in town for high-end Android phones – assuming that town is in the US of course.

Andy Rubin is the creator of the Android operating system and now runs his own company. He  recently announced the Essential Phone by his company, ahem, Essential. Also announced was the Essential Home, a smart home device. The device’s true name is the PH-1, which isn’t as catchy (or as grandiose).

As you can see from the images, it’s a near-bezel-free design that looks like a cross between the Xiaomi Mi Mix, Google Pixel and LG G6.

When is the Essential phone release date?

Currently available only in the US, the FT reports that Essential is holding talks with several UK mobile operators about the possibility of an imminent UK release. We’re expecting it to arrive in the UK before Christmas, and we’ll keep you updated as new details emerge.

How much will the Essential phone cost?

As a high-end phone, it’s priced at the same level as the iPhone 7, Galaxy S8 and Google Pixel. Essential did cost  $699, but ahead of the iPhone X launch $200 has just been slashed off the price tag.

What features does the Essential Phone have?

Early reports appear to have been correct: the phone has an ‘edge-to-edge’ screen and the thin bezels can be seen on the prototype that Rubin tweeted at the end of March.

Of course, it’s not the only phone to have such as screen and will have to compete with the Galaxy S8 and – if the rumours are correct – the iPhone 8 in September.

The Phone will run Android, its maker’s other major invention, and has a Qualcomm Snapdragon 835 processor like the HTC U11. It is made from titanium and ceramic which is unusual, and its QHD display has a resolution of 2560×1312. Dual cameras also make an appearance, with one colour and one monochrome similar to the Huawei P10.

Essential also claims that it will usher in a truly modular way of thinking about phones. Take a look at the connector dots on the rear that the 360 camera accessory attaches to below. 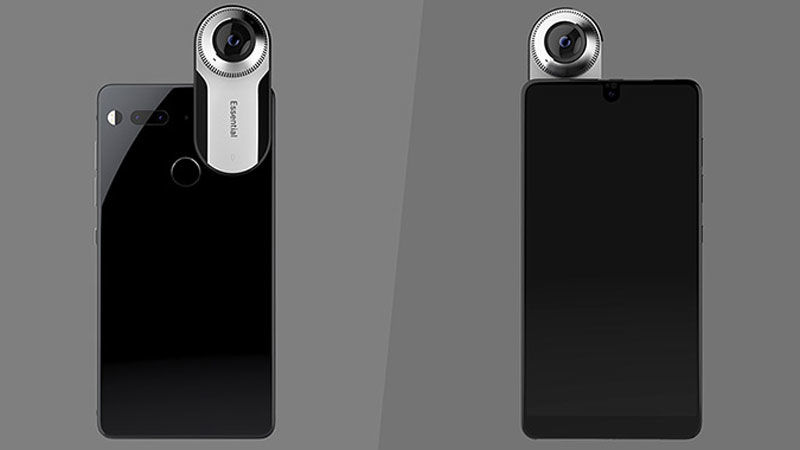 After the failed LG G5 and Google’s Project Ara, we remain skeptical about it succeeding. Then again, this is surely a phone for Android enthusiasts, for now at least.

What else will mark out the phone, though, other than the garish green of one of the colour options?

The screen is unusually interrupted by a selfie camera which won’t be to everyone’s tastes, though it won’t obscure anything, while the 7.8mm thickness is nothing out of the ordinary. The cameras are one colour and one monochrome sensor like on the Huawei P10, and the rear mounted fingerprint sensor confirms to what we’d expect from a 2017 flagship, much like the USB-C port.

We’re still excited to get our hands on it though, even if the design is odd. 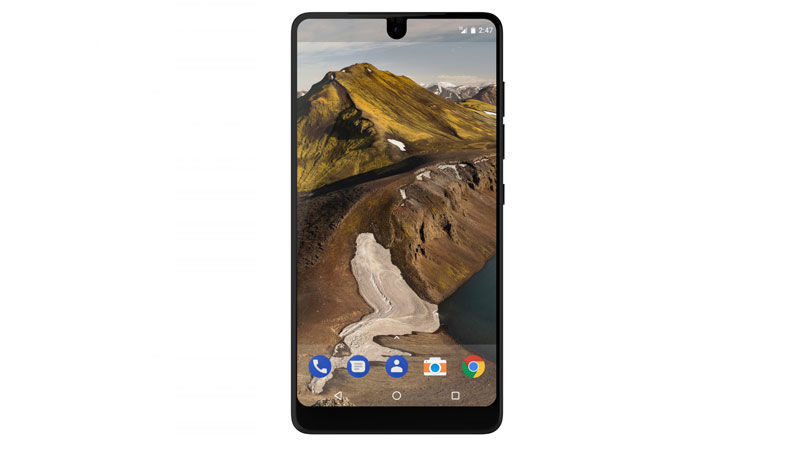