It’s worth noting that Total War: Warhammer 2 is set in the original Warhammer fantasy setting, and not the arguably better known sci-fi world of Warhammer 40,000. If you’d like to play a strategy game set in that universe, your best bet is the excellent Dawn of War 3.

Total War: Warhammer 2 is out now, after releasing on 28 September 2017, and you can order it from Amazon now.

What platforms will it come out on?

At launch, the game will be a Windows PC exclusive, but it won’t stay that way. While it almost certainly won’t arrive on any of the consoles, developer Creative Assembly says in an FAQ that “plans for Mac & Linux versions will be announced later in the year.” 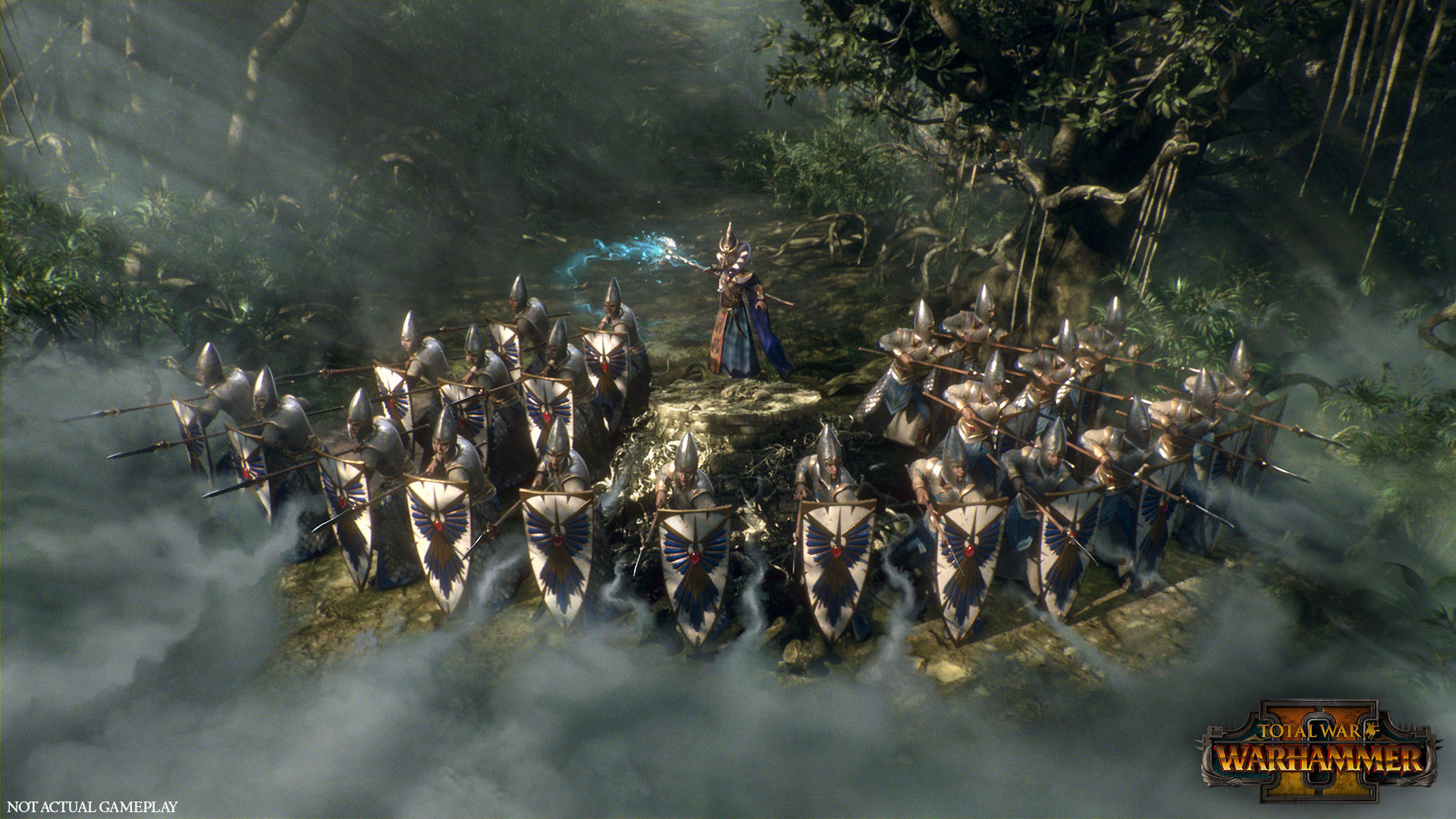 What are the best deals?

If you want to buy Total War: Warhammer II, the best time is right now – the reason why is a little complicated, and relates to the devs’ plan to build the series up into one giant game that connects seamlessly.

That’s because anyone who either pre-ordered the game or buys it in its first week from an approved retailer, including Amazon or Steam, will get free access to the new Norsca race – picture Vikings and you’re not far off. Except they’re not a race for the new game – they’re actually a new race for the original Total War: Warhammer.

If you buy the sequel now you’ll be able to use the Norsca in the original game. Some time in the future, the second game will be updated to include the original map, and at that point the Norsca will be playable in Total War: Warhammer II as well.

For those willing to spend a bit more, there’s a limited Serpent God edition of the game that includes an artbook, metal case, strategy guide, puzzle globe, and more, all bundled up in ‘lizard skin’ tome packaging.

Speaking of, if you missed out on the original and want to play it before the sequel, you can still pick it up on Steam at full price, but UK readers are better off heading to Amazon, which has the Old World Edition of the game, including DLC faction Bretonnia and an exclusive short story, for just £26.39 at the time of writing. 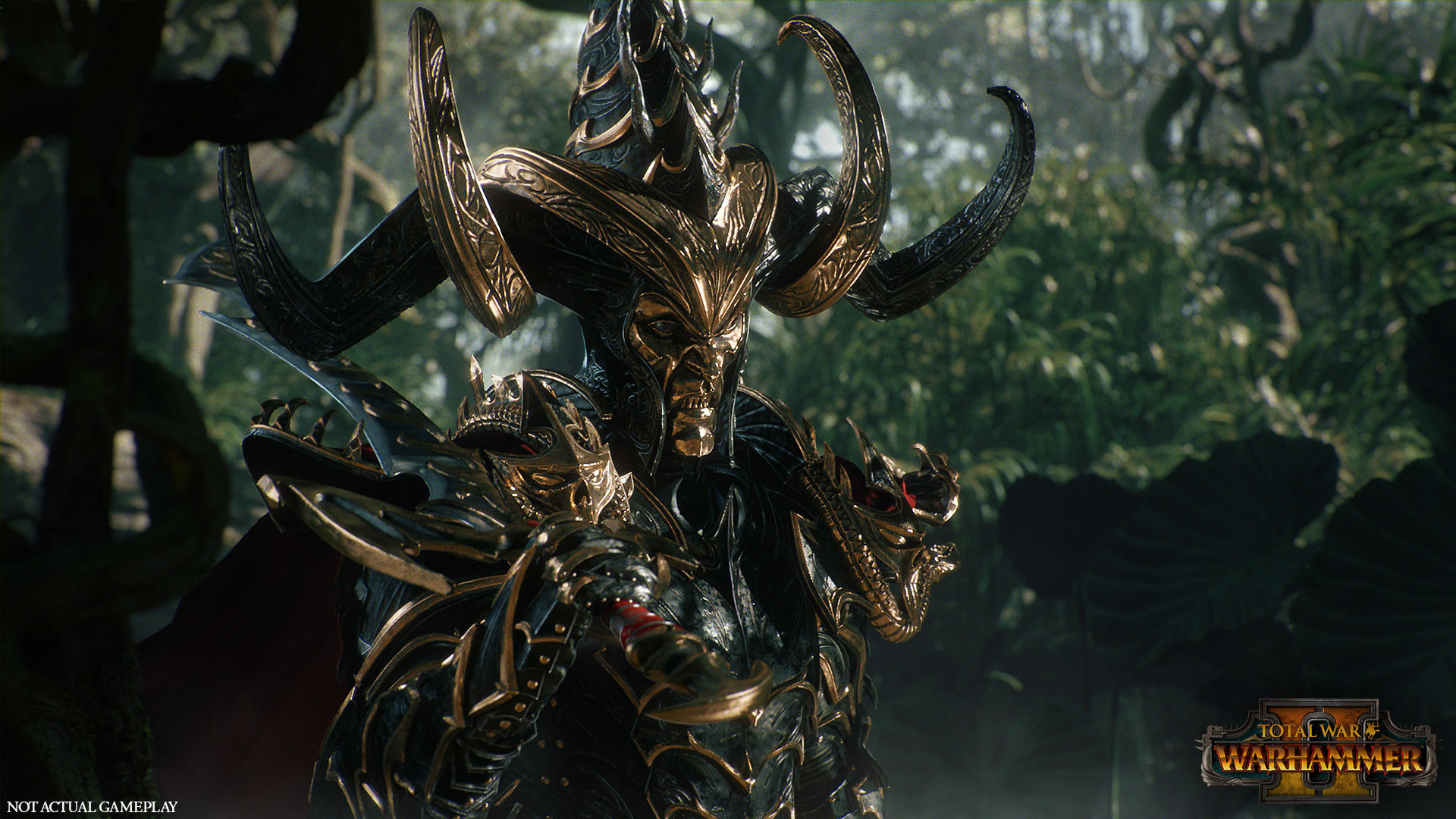 What about the gameplay?

Anyone who’s played the first game, or any Total War game really, should be familiar with what to expect from this: turn-based overworld strategy with giant battles, and a campaign building towards total world domination.

Still, there are a few changes here. None of the playable factions from the first Total War: Warhammer are returning, and instead there are four new ones. Those are the High Elves, Dark Elves, Lizardmen, and Skaven – the last of which were a surprise, unveiled months after the others in their own cinematic trailer:

The four races will be battling for control of the Great Vortex, a “vast magical maelstrom” that lies at the centre of the game’s new campaign. You’ll have to wage war across four continents with the combined aims of dominating the map and controlling the Vortex, the latter giving you access to new powers and abilities.

Naval units are another new addition to the campaign, as the four continents are separated by seas, though naval battles will be auto-resolved, rather than playable.

You don’t need to have played the first game to follow the narrative of the sequel, but owning both will unlock some pretty exciting features. For one, any races you own from the original, including through DLC, will be playable in multiplayer here.

More than that though, owning both games will unlock one giant combined campaign including both game’s maps and main factions. That won’t be available at launch, but will be added as a free update shortly after release – weeks, not months, apparently.

This is the second game in a planned trilogy, so expect to see all three games combine even more in the final entry, whenever that arrives in the next couple of years.

You can find out more about what to expect from the campaign – and how the map will work – in this video released by the developers: