A couple of years ago, Microsoft showed off its Continuum feature which enabled a Windows 10 phone to double as a PC. Now, Samsung is doing the same with the Galaxy S8 (reviewed here).

The Samsung DeX Station is quite a lot like the Microsoft Display Dock, and is the gadget you’ll need in order to hook up your Galaxy S8 or Galaxy S8 Plus to a PC monitor.

How much does the Samsung DeX cost?

There’s no official UK price yet, but it costs 149.99€ and it’s likely to be the same number in pounds, although the recent trend has been to add on pounds as a reflection of the weakness of the UK currency.

It will go on sale in late April, and there should be bundle deals so look out for these if you’re planning to buy a Galaxy S8.

What does the Samsung DeX do?

DeX stands for Desktop eXperience, and the device allows you to connect your Galaxy S8 to any screen with an HDMI input.

It will give you a customised version of Android that’s designed to be used with a keyboard and mouse. 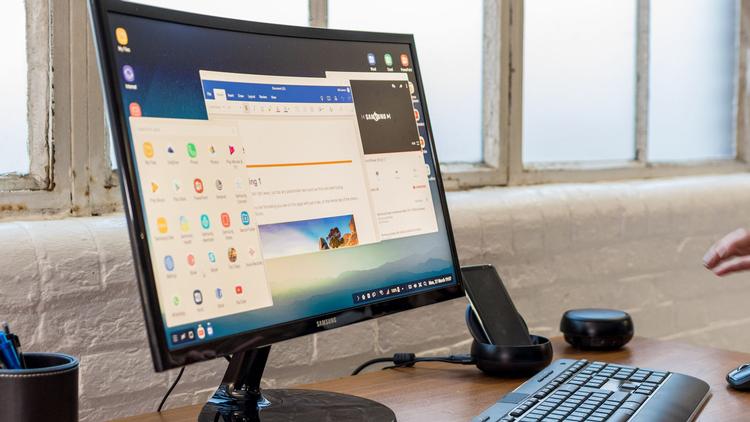 As you’d expect, it lets you run apps in windows and have several on screen at once. You can reply to text messages, edit documents, use the web browser, listen to music, watch videos and play games.

Samsung’s Android-based interface is much like every other desktop operating system, complete with right-click menus and resizable windows. 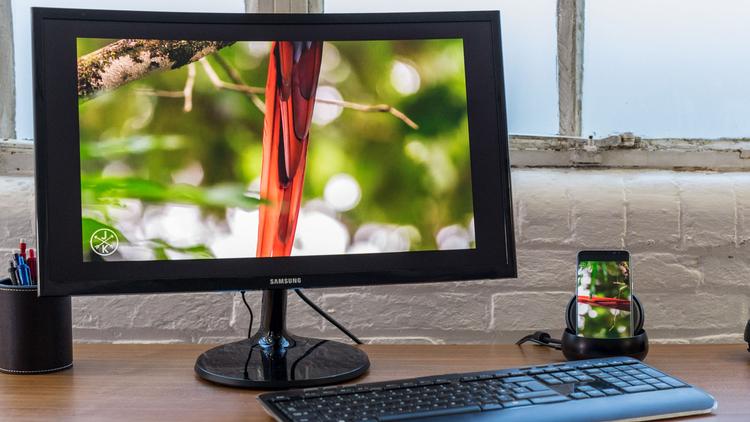 Obviously, this ain’t Windows, but if you do need to access Windows programs, the DeX will allow you to remotely access virtual Windows 10 desktops.

The idea, as you can gather, is that you don’t have to carry around your laptop as well as a phone, although quite how many professionals will be able to get by with this somewhat limited environment remains to be seen. 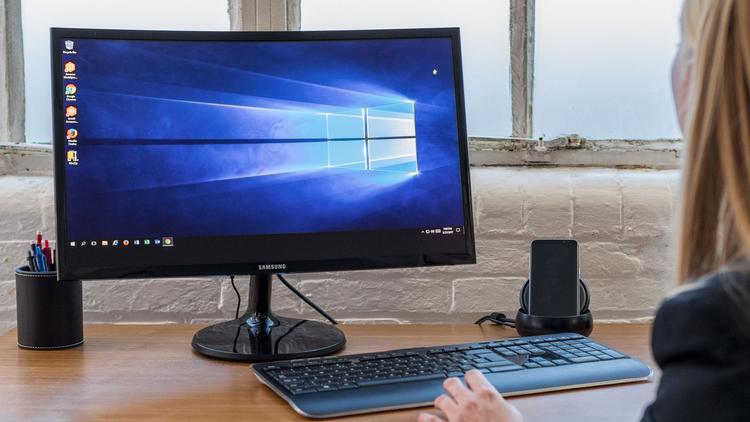 How do you use the DeX dock?

It’s like a desktop stand for your phone, although the ‘bowl’ look is a little odd to our eyes. It doesn’t have wireless charging, but instead uses the S8’s USB-C port for both fast charging and video output. Bluetooth can be used for a wireless keyboard and mouse – you’ll have to supply those yourself. 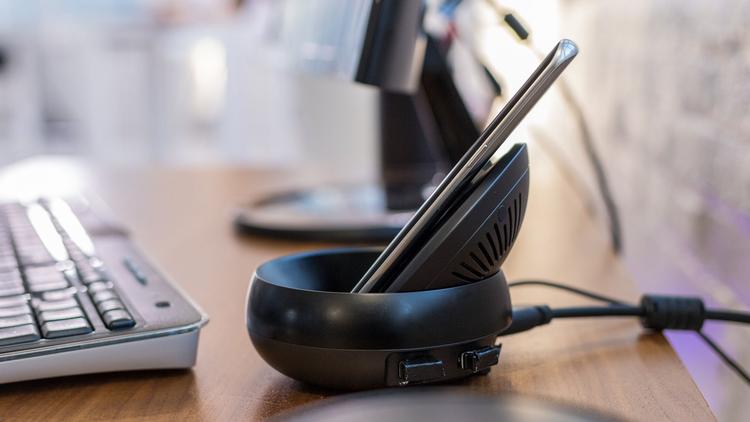 In terms of ports for wired peripherals, you get an HDMI output – which supports up to 4K at 30 frames per second – two USB 2 ports and an Ethernet socket for connection to a corporate network.

And talking of work, Samsung says that its own Knox security platform is built into the Galaxy S8 to keep things safe and secure when you’re attached to your work network.

To keep your phone cool while it’s doing all this, there’s a built-in fan. 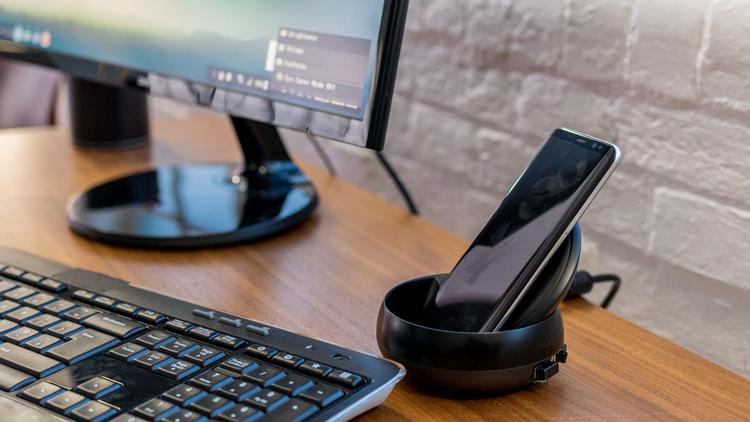