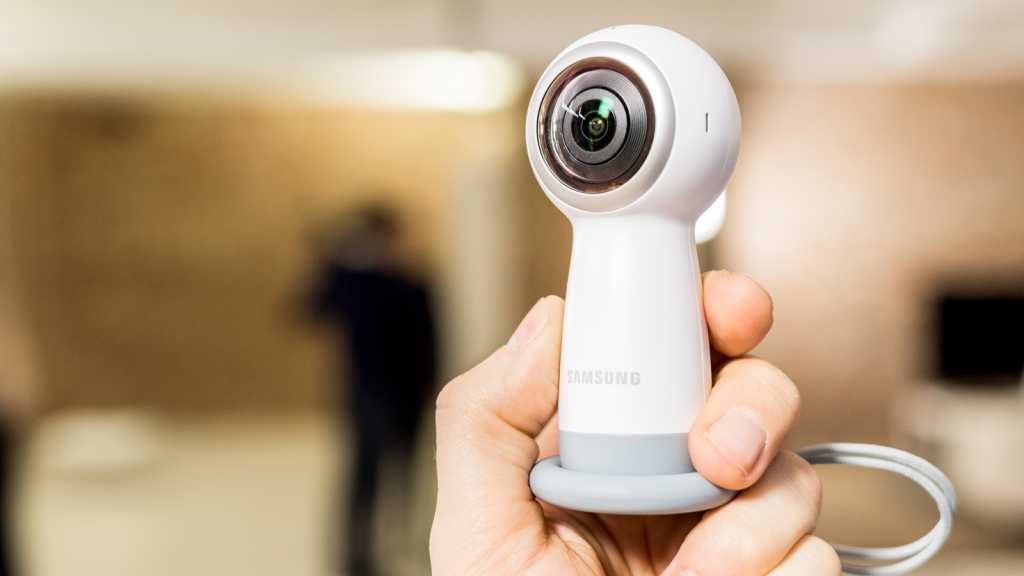 To coincide with the launch of its flagship Galaxy S8 and Galaxy S8 Plus phones, Samsung also unveiled a revamped edition of its Gear 360 camera, with support for 4K video and enhanced live broadcasting capabilities. The original Gear 360 is one of the best 360 cameras around, so we have high hopes for its replacement.

When is the Gear 360 release date?

Carphone Warehouse has started taking pre-orders for the new camera at £219.99, and is promising delivery by 12 May 2017.

The price drop from the original model will make sense when you consider the specs (see below) as the Gear 360 2017 is less an upgrade, and more a total revamp to be smaller and lighter, at the cost of some performance. 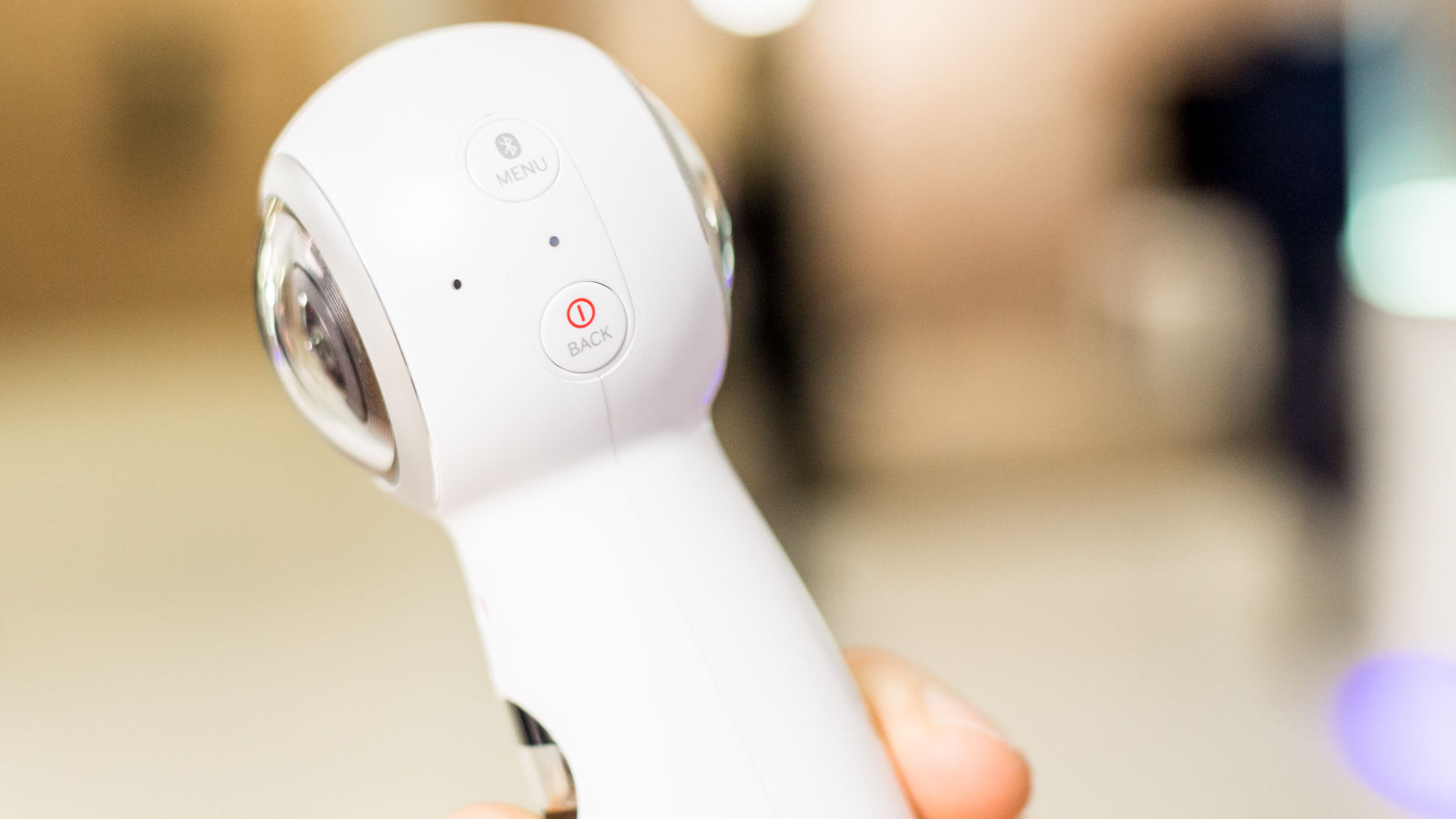 What are the features?

As the name implies, the core feature of the Gear 360 is that it can take 360-degree photos and videos. You can then use the built-in tools to view, edit, apply filters and effects, and share what you’ve captured.

That remains unchanged, but there are a few changes for the 2017 model – and not all of them are improvements.

However, it’s worth noting that this isn’t a clear upgrade on the previous model. That shoots video at the only slightly lower resolution of 3840×1920, and can do so at 30fps rather than 24. So if you’re more concerned about framerate than a minor resolution upgrade, the older model might be a better bet.

That’s probably in part thanks to a general camera downgrade: Samsung has moved from 15MP cameras with an F2.0 aperture to 8.4MP with an aperture of F2.2. That means that while there’s a minor resolution upgrade for video, there’s actually been a downgrade for stills – don’t expect this to match the 7776 x 3888 shots of the first model.

The more obvious improvement – and the real reason to pick up the 2017 model – is the introduction of live broadcasting. While the previous Gear 360 allowed you to quickly send footage to a compatible phone to share online, the new model lets you stream footage as you film it live.

Footage can be shared live on social platforms including Facebook, YouTube, and Samsung VR as long as the Gear 360 is connected to a compatible smartphone or PC, and it supports streaming in quality up to 2K.

While the original Gear 360 launched with compatibility limited to a handful of Samsung devices, the new model will work a bit more widely.

It will also have iOS support, working with the iPhone 7, 6s, and SE – and Windows and Mac computers of course.

The Gear 360 has also had a bit of an external redesign since its last model. The detachable tripod is gone, replaced with a built-in vertical stand, all in a white-and-grey finish.

That stand means it’s slightly taller than the original, but the main spherical camera section is also noticeably smaller – the diameter has shrunk by about a centimetre. That’s resulted in a bit of a weight decrease too: it’s now 130g, instead of 152g.

The included battery is 1,160mAh – slightly down from the 1,350mAh in the previous model, which is probably a concession to keep the camera smaller and lighter.

You can connect the Gear 360 to compatible devices via Wi-Fi Direct, Bluetooth 4.1, and USB 2.0 with a USB-C port – though it looks like NFC has been dropped.

As before, the Gear 360 IP53-certified resistance to both water and dust, so you should be safe to take it on your next big adventure.