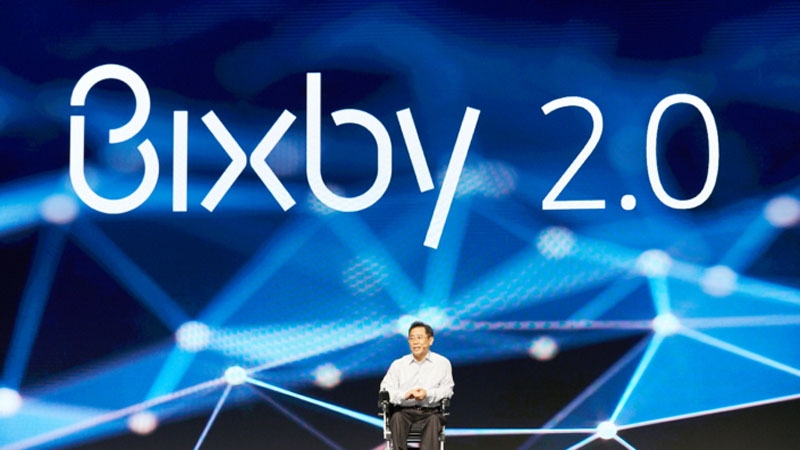 You’ve heard of Siri, Google Assistant and Cortana, Apple, Google and Microsoft’s offerings to the new world of voice assistants that help you to perform a number of tasks with a spoken command. Samsung has also got in on the act with its own Bixby assistant.

Bixby was originally introduced with the Galaxy S8 in 2017, but without Bixby Voice (an English version of which came later with the Note 8) it was difficult to see why you might want to use it over the Google Assistant that is also built into Samsung phones.

Now that we’ve seen it as it was intended, Bixby does have some genuine use cases over the Google Assistant. Not only is it tightly integrated to the Samsung-specific features within the company’s handsets, but it also supports useful features such as Bixby Vision.

With the launch of the Galaxy Note 9 in August 2018, Bixby got the long awaited conversational update we’ve been craving.

Samsung’s Developer Conference took place on 18 October 2017, during which it announced Bixby 2.0 (see how to update Bixby).

“Bixby 2.0 is a bold reinvention of the platform. A reinvention aimed at transforming basic digital assistants from a novelty to an intelligence tool that is a key part of everyone’s daily life,” said Samsung’s Eui-Suk Chung.

“Bixby 2.0 will be ubiquitous, available on any and all devices. This means having the intelligence of Bixby, powered by the cloud, act as the control hub of your device ecosystem, including mobile phones, TVs, refrigerators, home speakers, or any other connected technology you can imagine. Soon, developers will be able to put their services on any and all devices and will not have to reinvent their services each time they support a new device.

“It will be more personal, with enhanced natural language capabilities for more natural commands and complex processing, so it can really get to know and understand not only who you are, but who members of your family are, and tailor its response and actions appropriately,” Chung added.

Importantly, Bixby 2.0 is an open system, as Samsung believes it cannot make the changes it wants to make alone. The first private beta programme for the Bixby SDK is now available to select developers. More devs will be invited over time.

At the launch of the Galaxy Note 9, Samsung said it was making Bixby more conversational. In live demos, it showed that it is more intelligent now, able to quickly integrate with taxi and food ordering applications.

Of course, these demos are practiced endlessly so they work on stage, so we’ll have to wait and see if the updates actually improve the once-flaky Bixby.

What is Bixby and what does it do?

Bixby is a voice assistant that debuted on the Samsung Galaxy S8. The system has been developed by the Korean tech giant to have deep integration with its phones, essentially offering a replacement for the touch interface in many instances.

Now, of course, that’s exactly what Siri, Cortana, Google Assistant, and even the Amazon Echo seem to offer on their respective platforms. So what makes Bixby special?

In its approach to designing the new assistant, Samsung has taken the line that rather than making a cute, witty companion – which seems to be the flavour offered by Cortana and Siri – that proffers casual information such as the weather or the last five films Bill Murray starred in, it will instead be a replacement for, and compliment to, the touch interface on the device itself. This is achieved by making the software burrow down to deeper levels of functionality within the operating system and apps.

‘When an application becomes Bixby-enabled,’ states Injong Rhee, Samsung’s Head of R&D, Software & Services. ‘Bixby will be able to support almost every task that the application is capable of performing using the conventional interface (ie. touch commands).  Most existing agents currently support only a few selected tasks for an application and therefore confuse users about what works or what doesn’t work by voice command.’

Paired with this comprehensive control ability comes another important factor, one which Samsung is calling Contextual Awareness. From the information provided so far this seems to suggest that the touch and voice interface will be completely interchangeable.

So, for example, if you’re looking at a photograph in your Gallery of a great night out with your partner, you should be able to select the image with a touch then tell Bixby to email it to them. The assistant should be smart enough to realise what you’re looking at and what application to use to complete the task.

Bixby is also built to be flexible with the commands you use, so there would be no definitive ‘do this precise thing’ that you’d need to remember in order to accomplish certain tasks. The system should be able to recognise your intentions from keywords in your commands and get things done without annoying you.

The Samsung Galaxy S8 will have a dedicated Bixby button so you can quickly launch the feature, and the assistant will gradually be added to many other products across its range, including TVs, air-conditioning units, and basically anything that contains a microphone and internet connectivity.

Is Bixby better than Siri, Cortana, and Google Assistant?

At launch in the UK we didn’t get quite the Bixby we were expecting. For example, Bixby Voice did not become available in the UK until 22 August.

Now that we’ve seen Bixby as it was intended, it certainly appears to behave with the intelligence and competence that Samsung suggested and is an impressive addition to its smartphones. Unfortunately, Bixby is available only on Samsung smartphones.

With Samsung targeting inconsistencies in the way other voice assistants work, the fact that Bixby is available only on certain apps and devices means that there will be immediate confusion over when and where the assistant will function.

This could be solved in time as developers code-in support for Bixby, but so far Samsung has only stated that it will release an SDK (Software Development Kit), meaning Bixby enabled apps are likely to be in the minority for a while yet.

So it’s very much a wait an see kind of deal. But we have to say that the idea of Bixby, backed with a determined and focused Samsung, could be a very interesting product.

(See  how to turn off Bixby Home.)