For Raspberry Pi’s fifth birthday there’s a new model. Here’s what you need to know about the Raspberry Pi Zero W, which is essentially the Pi Zero with added Bluetooth and Wi-Fi. See also: 10 great Pi projects for kids

When is the Raspberry Pi Zero W release date?

You can buy a Pi Zero W right now. It is in stock at retailers around the world, including ModMyPi in the UK and CanaKit in the US.

How much will the Raspberry Pi Zero W cost in the UK?

It’s more expensive than the Pi Zero (which cost £4 or $5), but is still a snip at $10 (£9.60 in the UK including VAT). That may be twice the price, but it’s still cheaper than buying a Zero and plugging a Wi-Fi dongle into the USB port.

What are the specifications and features? 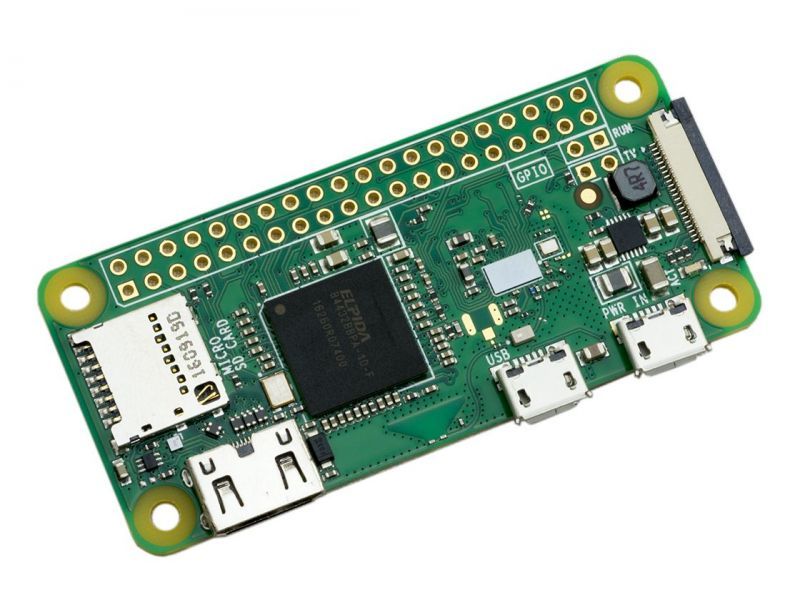 The board has the same basic specs as the Pi Zero, but with the WI-Fi and Bluetooth chip as Raspberry Pi 3 Model B. Here are the details, with the new features over the Pi Zero in bold:

In order to use a Pi Zero W, you’ll need to add a power supply (your phone charger and a micro USB cable will do), and to use the 40-pin GPIO connector you’ll need to buy the header pins (£1). Plus, the OS will require a microSD card, which slots into the connector on the left-hand side of the board in the picture above.

The official case costs £6 comes with three lids. One is plain with no holes. A second has a hole for the camera module (around £20) and comes with the necessary ribbon cable to connect the module to the Pi Zero W. The third has a cutout for the GPIO connector. It’s also compatible with the original Pi Zero. 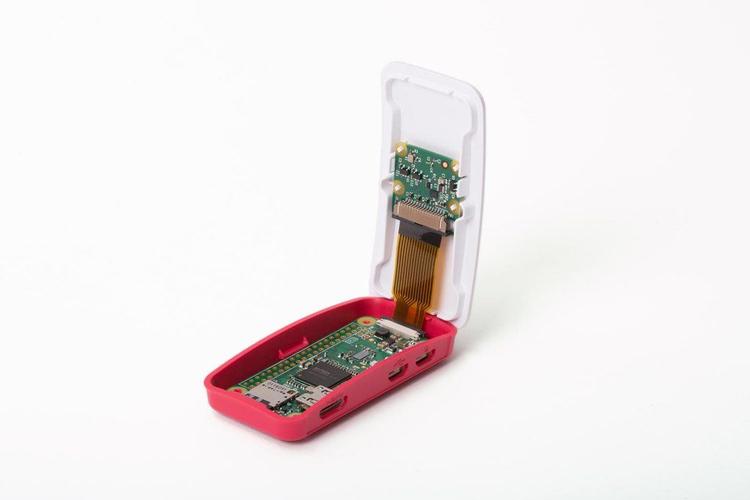 With on-board Wi-Fi and Bluetooth, the Pi Zero W is ideal for creating your own Internet of Things device, such as a security camera.

Costs were kept down by putting components on only one side of the PCB, but they had to be shuffled around in order to fit on the new wireless chip. 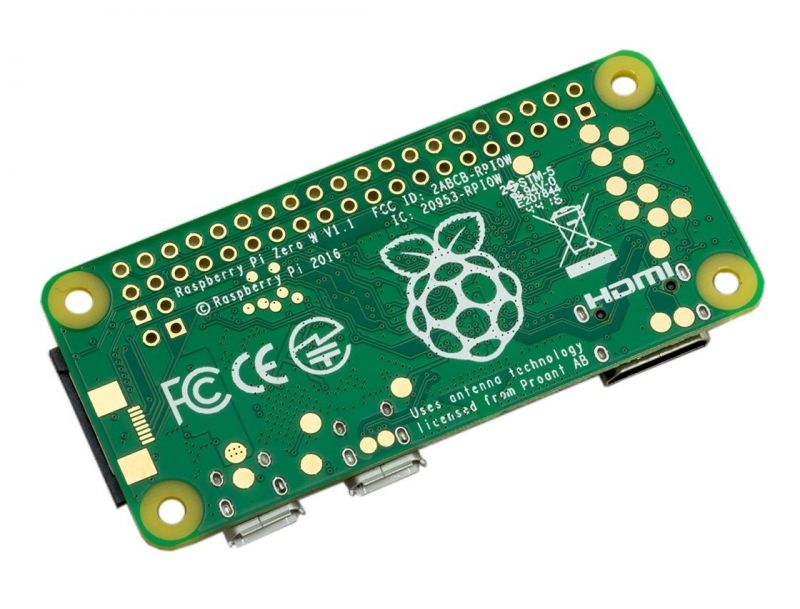