Fans of racing games will be pleased to hear that a follow-up to the popular Project Cars is coming. Here we take a look at the Project Cars 2 release date, news, features and official trailer, and why it’s one of our most anticipated games of 2017.

We really enjoyed Project Cars, which launched back in 2015, so it’s certainly time to get excited about the sequel. Here, we present your one-stop shop to get all the latest details (and rumours) as they come through.

For starters you can watch the Project Cars 2 official announcement trailer below, courtesy of Bandai Namco, or you can read our hands-on preview Project Cars 2.

Bandai Namco calls Project Cars 2: “the next evolution in the award-winning racing series, featuring the most iconic cars under the most thrilling of conditions to deliver the “Ultimate Driver Journey” experience. Created by gamers, tested by world-class racing drivers, and the definitive choice of e-Sports pros – Project CARS 2 brings together the essence of motorsports racing in the most beautiful, authentically crafted, and technically advanced racing game on the planet.”

When is the Project Cars 2 release date?

Project Cars 2 is due to be released worldwide on 22 September 2017. You can view the launch trailer below:

If you can’t wait until then, Bandai Namco has also confirmed that the first playable Project Cars 2 demo will be available to all attendees of E3 2017 in LA, giving gamers a taste of the multi-class action and redesigned career mode.

What platforms will it be available on?

The company has confirmed that Project Cars 2 will be released on PS4, Xbox One and PC via Steam. 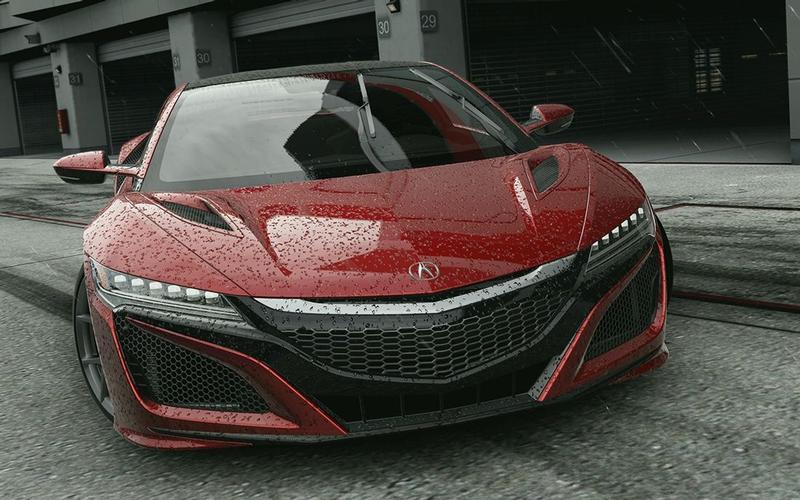 A few details for Project Cars 2 have been announced, some of which fans will be thrilled about. For starters, the game will feature 170+ cars and 60+ tracks including Daytona Speedway as shown in the trailer.

In July 2017, it was confirmed that Project Cars 2 will have a whopping 139 layouts of tracks. Some tracks, like Silverstone, will have four different layouts.

A dozen are newly scanned by drone but some tracks may well be reverse or mirror versions, though. Tracks will have you racing over mud, gravel, dirt and ice as well as tarmac. LiveTrack 3.0 features dynamic time of day and seasonal changes mean altering atmospheric conditions and ‘organic evolution’ over the course of a race weekend.

The Project Cars 2 car list will include ‘iconic brands’ and the firm replied on Twitter to say that a ‘selection’ of road cars will be part of it, too.

More interesting is the news that Project Cars 2 will support VR and 12K resolution – although you’ll need a pretty beefy PC to run three 4K monitors.

A new fan-requested Online Championship game mode will be part of Project Cars 2 allowing gamers to create and join online leagues. Esports functionality is built-in from day one. A new collection of classes includes Rallycross and IndyCar.

Similarly, the career mode has been overhauled in Project Cars 2, giving gamers something a little more off-the-rails. The game will feature a “sandbox” approach to the career mode, enabling gamers to decide not only which class of vehicle they begin in, but also how their career progresses – you can work your way through the nine tiers of motorsport, or focus on one or two through multiple seasons.

There will also be a revamped gamepad system which involves a “holistic blend between the elements, the surface, and the cars, new and classic tracks” which should help players without a steering wheel.

There are multiple different viewpoints, from over the back of the car to three or four variants from the driver’s seat. You also have a few different heads-up displays to cycle through, ranging from almost non-existent to an exhaustive array of information, including individual tyre pressures and temperatures. 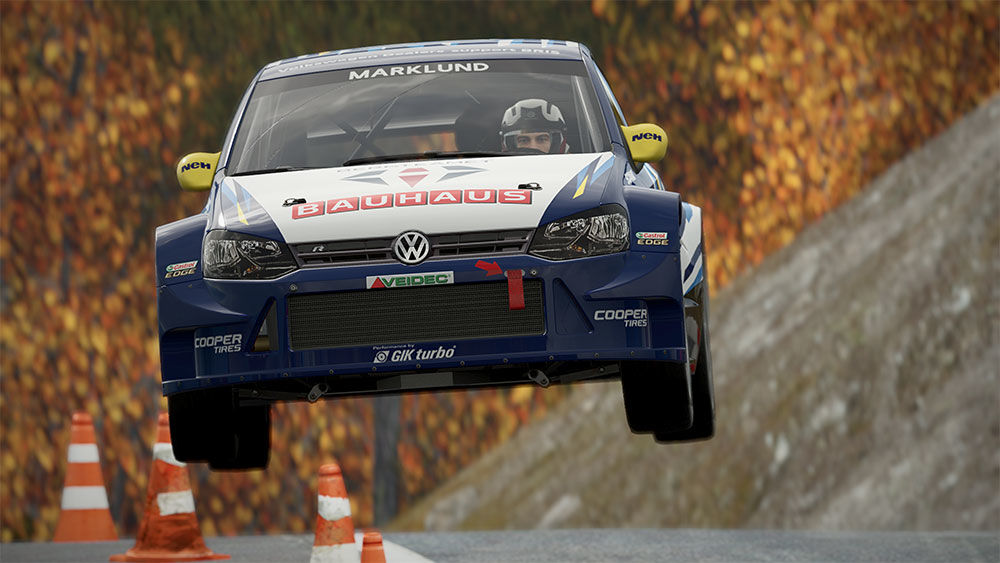 The biggest change from the original game that we know about so far is the inclusion of Rallycross, a totally different style of racing from the tarmac-focussed original game.

As you’d expect, there’ll be a variety of officially licensed cars like the Honda Civic Coupe Supercar Lites, along with drone-scanned tracks including DirtFish, Daytona, Lånkebanen, and Lydden Hill.

We were lucky enough to get some hands-on time with Project Cars 2’s Rallycross mode, and are happy to report that it’s clear the same immaculate attention to detail that made the first game so popular is back, right down to the developers working to accurately model exactly how long dust hangs in the air after a big turn.

Loose-surface racing handles very differently, as you’d expect, with a greater focus on drifts around the tight turns, while making the most of the occasional jumps on offer. It takes some getting used to, and most of our time with the game consisted of uncontrolled slides and violent crashes, but that probably says more about us than it does the game.

The courses feel varied too, with some that are almost entirely dirt tracks and others that offer a mix of tarmac and loose-surface driving. You can even take the Rallycross cars down the classic tarmac tracks too – though we don’t know yet if the game will let you drag an F1 supercar round the Rallycross dirt.

At the core, this is more of Project Cars. If you got along with the first game’s in-depth approach to the racing sim, you’ll love the addition of Rallycross, which offers some welcome variety and requires mastery of a few new techniques. Not that we’ve mastered them yet by any means.