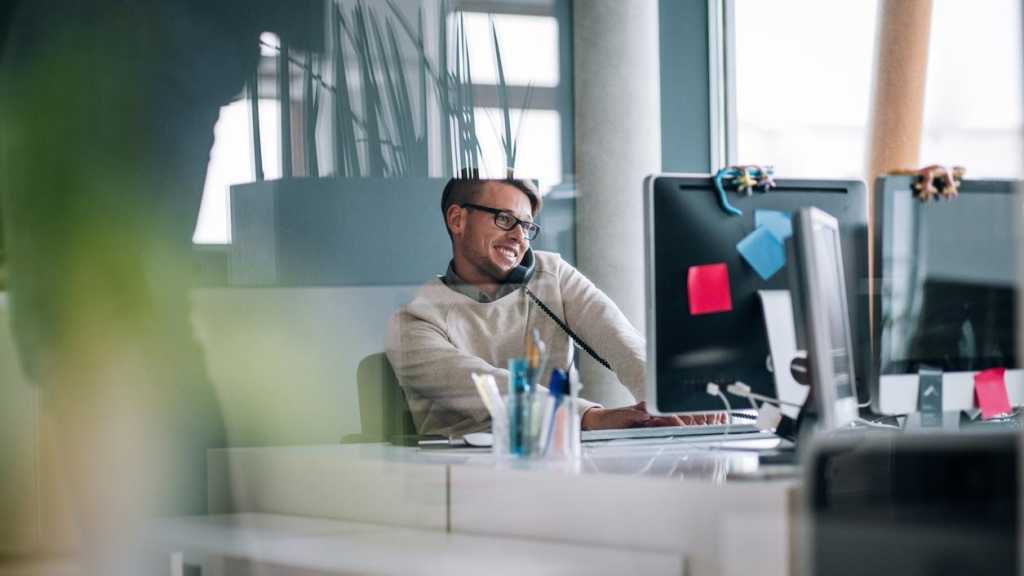 Take a look at pretty much any laptop and you’ll see a range of different ports gracing the sides: USB, HDMI, power connections, and several others. This could soon be a thing of the past as manufacturers such as Apple, Dell, HP, and Asus rapidly adopt a brand new universal standard, one that offers improved speed, functionality, and convenience. The age of USB-C is upon us and the future is looking very good.

So what is USB-C?

The idea behind USB-C is a simple one. You have one type of cable, one type of port, and through them you connect everything you need. This means you can use the same cable for hard drives, monitors, audio interfaces, smartphones, tablets, and even for charging your laptop. 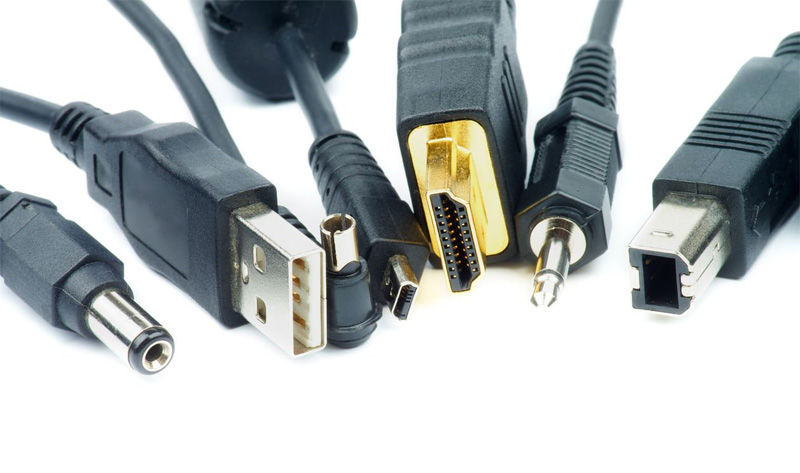 Currently, you’ll find that most peripherals plug into your PC via a USB-A connector (which you probably know as simply ‘USB’). These are the rectangular connectors on USB flash drives, external keyboards, mice, hard drives, and almost everything else.

At the other end of the cable there be a different style of connector, such as Micro USB which many smartphones still use (but not for long as there is evidence Google will insist on all new Android phones supporting USB-C), Mini USB for other gadgets such as dash cams, Micro USB-B that connects some storage devices, or the squarer USB-B that most printers and some microphones use.

USB speeds vary between 480Mbps and 40Gbps, so check the tech specs when choosing your accessories and cables.

The problem with this arrangement is that it requires you to pack the correct cables at all times, and you can’t guarantee that someone else will have a spare one if yours goes missing. They’re also darn fiddly, and have to be plugged in with the cable a certain way round.

USB-C simplifies this by instilling a single, standard format across all devices, and can have the same connector at both ends of the cable.

The slim, oval-shaped connector is smaller than previous USB iterations, and is also symmetrical and reversible – much like Apple’s Lightning connector – so the days of flipping over a cable to make it fit into your device (then flipping it back again because by some weird quirk of USB physics it was actually correct the first time) will soon be a distant memory.

In time USB-C looks set to become the universal port found on all devices, replacing the USB-A, USB-B, Micro-USB, and Mini-USB connectors that complicate life at the moment. Every cable will be the same and will fit any device, be it a phone, laptop, tablet or another gadget.

We’re not quite there yet, as many peripherals on sale today still use the older connections, but with Apple’s  MacBook Pro range equipped solely with USB-C ports, the Asus Zenbook 3 and HP Spectre adopting the same approach, and USB-C ports now a regular feature on many modern laptops and 2-in-1s, momentum is firmly behind the new platform.

Identical in looks to USB-C is the Intel standard Thunderbolt 3, found on Apple’s latest MacBook Pro and MacBook Air. At 40Gbps this is faster than either Gen 1 (5Gbps) or Gen 2 (10Gbps) USB-C.

What other benefits does USB-C offer?

Of course changing the design of a connector and port is hardly a reason to upgrade all your existing peripherals, but that isn’t the only advantage of USB-C. The new format also supports the latest USB 3.1 communication protocols, which are faster and more versatile than the earlier versions you’ll find on USB-A style devices.

USB 3.1 comes in two versions, which can be a little confusing. Gen 1 delivers 5Gbps, which is the same speed as USB 3.0, and Gen 2 delivers 10Gbps.

Thunderbolt 3, which looks identical to USB-C, can reach 40Gbps.

USB-C can provide up to 100W of power to attached devices. That’s easily enough to charge (almost) any laptop, smartphone or tablet. The new format can also deliver 4K video to monitors and carry audio too.

The smaller size and flexibility of the ports mean they are now the staple fitting on ultra-slim laptops and Android smartphones.

This versatile nature opens up a number of useful real-world scenarios. For instance, a user could plug their USB-C equipped laptop into a powered external display such as LG’s 27-inch 4K 27UD88-W and have the PC charge while simultaneously sending video content.

If the monitor had other USB devices attached, say an external drive, then the PC would also be able to access them and transfer files.

When it’s time to leave the office, the laptop can be unplugged and placed in a bag with the cable – the latter of which could then be used later to connect and charge a smartphone.

The ideal solution is using buy one of the best USB-C docking stations, which come with multiple ports – such as USB-A, video ports (HDMI or DisplayPort), Gigabit Ethernet, SD Card readers and more.

Just one USB-C cable connects the laptop or tablet to the dock and all its ports.

In response to this need, we’ve seen a number of interesting accessories appear, such as the Targus Dock410 (above and below) that offers not only three USB 3.0 ports but also HDMI, Gigabit Ethernet, and various video options.

The fact that it can drive all of this from one USB-C port shows the potential of the platform while also bringing a welcome expansion for laptops like Apple’s slimline 12in MacBook that houses only a single port. Read our Targus Dock410 review and a roundup of the best USB-C and Thunderbolt 3 docking stations.

In fact, there’s also an even faster form of USB-C now available that incorporates Thunderbolt 3.0 support into the mix. This means that devices such as the MacBook Pros, Dell’s XPS 13, and the HP Spectre are capable of speeds up to 40Gb/s – four times that of USB 3.1 Gen 2.

With the increased data transfer rates available users could attach a USB-C cable to the aforementioned Targus Dock410 and run two external displays up to resolutions of 3840 x 2160 by connecting them to the DVI-D and HDMI ports on the dock.

As the standard is relatively new, and the specifications used by manufacturers varies from device to device, you must check that accessories like the Dock410 are compatible with their intended laptop, but a quick call to Targus is all that’s needed.

What are the drawbacks of USB-C?

While USB-C is a brilliant new format that will no doubt become ubiquitous in the near future, at the moment it is still in its infancy and as such there are a few confusions and dangers to be avoided.

First, as USB-C refers to the style of connector rather than the internal specifications this means customers could get a nasty surprise and discover their new device isn’t as fast as they thought it would be. USB-C Gen 1 products use USB 3.0 technology, which has a top speed of 5Gbps, whereas USB-C Gen 2 supports USB 3.1 which gives you 10GBps.

Then there’s also the Gen 3 variant that incorporates Thunderbolt 3 (such as those on the new MacBook Pros) and goes up to 40Gbps.

As if there weren’t already too many standards within USB-C, there’s now also USB 3.2.

This supports “multi-lane operation” which means that it can handle two 5Gb/s transfers at the same time or two 10GB/s transfers simultaneously.

It’s likely that laptops, phones and other devices will begin to appear with USB-C 3.2 ports next year, and you’ll need two of these in order to use the new capabilities.

However, the promoter group has said you’ll be able to use existing USB-C cables, so that’s one bonus.

The problem with all these standards is that the actual USB-C port looks identical on all devices and cables. So, to avoid disappointment, check the specifications and confirm the speed of the connector before buying a device.

Cables can also be confusing because while they all look the same there are some variances that affect capabilities. If you want to power a device then you’ll need to ensure that the cable supports USB Power Delivery, and for HDMI, MHL or DisplayPort video you’ll need a USB-C cable with Alternative-Mode functionality.

These quirks will no doubt be ironed out going forward as the standards are set in stone, but at the moment it pays to check the details carefully.

The main problem facing USB-C is cheap cables and accessories which can cause physical damage to devices. Google engineer Benson Leung has been on a personal crusade for the past year warning against the dangers of sub-standard cables and how they could potentially destroy products.

The issue is caused by the amount of power that USB-C cables can now carry, which can be dangerous not only to devices but people as well. For the most part you’ll want to avoid cheap, no-brand items from China that you often find on eBay and instead opt for established, trusted brands.

What’s next for USB-C?

While it’s always tempting to look for the shiny tech that catches the eye, in truth it’s often something simple that proves the most transformative. With USB-C the potential is massive.

A straightforward, unifying solution to the age-old problem of connectivity. Yes, there are a few inevitable bumps in the road ahead – especially regarding the enforcement of standard features – but we hope these will be addressed quickly so that the vision of one cable, one port will soon be realised. Things are about to change and it can’t happen a moment too soon.