Being a smartwatch the Ionic isn’t just built for fitness and health tracking. It also includes smart features such as contactless payments, on-board music and smart.

Adidas is set to deliver a Fitbit Ionic special edition in 2018.

Read our Which Fitbit is Best roundup, which we will update further when we have had hands-on testing time with the new Ionic.

This suggests Ionic availability between September 18 and 25, 2017.

It will be available in other shops from October 2017. 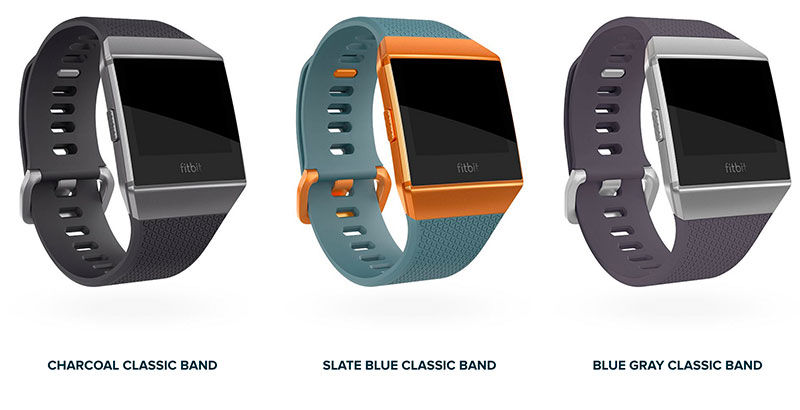 The Ionic is the first device that Fitbit has designed fully in house. The company claims that it’s “extremely lightweight” with an ergonomic design “comfortable enough to wear all day and night”.

Utilising nano-moulding technology, the unibody watchcase doubles as both the Bluetooth and GPS antenna, which Fitbit claims creates a stronger GPS signal that works in busy cities or on remote trails.

The display is colour, with a spherical glass touchscreen with amplified brightness of up to 1,000 nits so you should be able to read your stats in bright sunlight or a low-lit room.

The Ionic comes in a range of styles and colours with interchangeable Classic, Sport and Horween leather accessories suitable for a workout, the office or a night out.

It is available in three colour combinations: 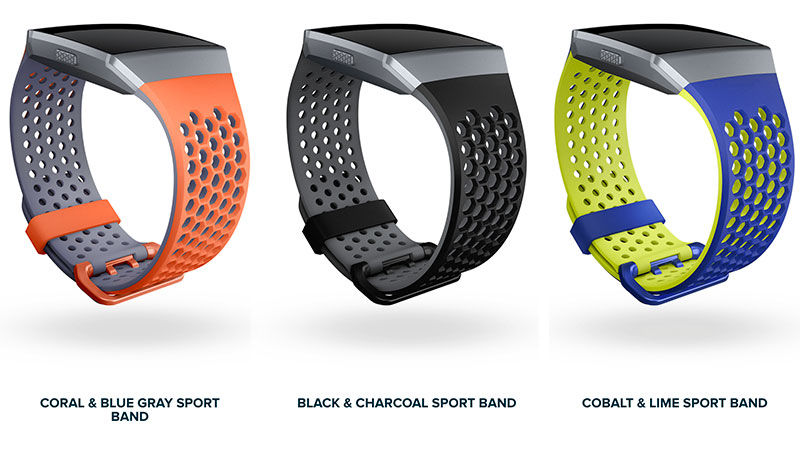 With water resistance up to 50 metres, users can wear their watch in the pool or rain, and use it to track swim workouts with stats such as lap counting, duration and calories burned.

The built-in GPS allows users to see their pace, distance and other key stats on display, while recording elevation climbed, split times and a map of their route.

Multi-sport modes let users track specific workouts in modes such as Run, Bike or Weights to see real-time stats on screen and get post-workout summaries.

SmartTrack automatically records select exercises such as running and biking, saving them in the Fitbit app.

On-screen smartphone notifications include call, text and calendar notifications, as well as push notifications from other apps such as Facebook, Gmail, Instagram, Slack and Snapchat when the user’s phone is nearby.

Fitbit claims a battery life of over four days; or up to 10 hours when using GPS. This compares favourably with the Apple Watch’s weaker one-day battery life.

On top of contactless payments, on-board music, smart notifications, will be a variety of popular apps and clock faces available in the Fitbit App Gallery.

A new Run Detect feature kicks in GPS tracking – as you step out the door and go you can see real-time pace and distance; auto-pause to grab some water or take a breather and automatically resume when you start running.

Fitbit claims that it has improved its PurePulse heart-rate technology for greater accuracy during exercises such as cycling, intervals and running. It should also better measure calorie burn.

The introduction of a relative SpO2 sensor for estimating blood oxygen levels opens the potential for tracking important new indicators about health, such as sleep apnoea and atrial fibrillation.

With 2.5GB of storage the Ionic can store and play more than 300 songs on device. Fitbit also announced its own Bluetooth headphones the Fitbit Flyer, which cost £109.99 or $129.95.

Contactless Fitbit Pay will work eligible American Express, Mastercard and Visa redit and debit cards from top issuing banks in over 10 markets across the globe, including ANZ, Banco Santander, Bank of America, Capital One, HSBC, KBC Bank Ireland, Royal Bank of Canada, and US Bank with “more countries and banks planned soon”. 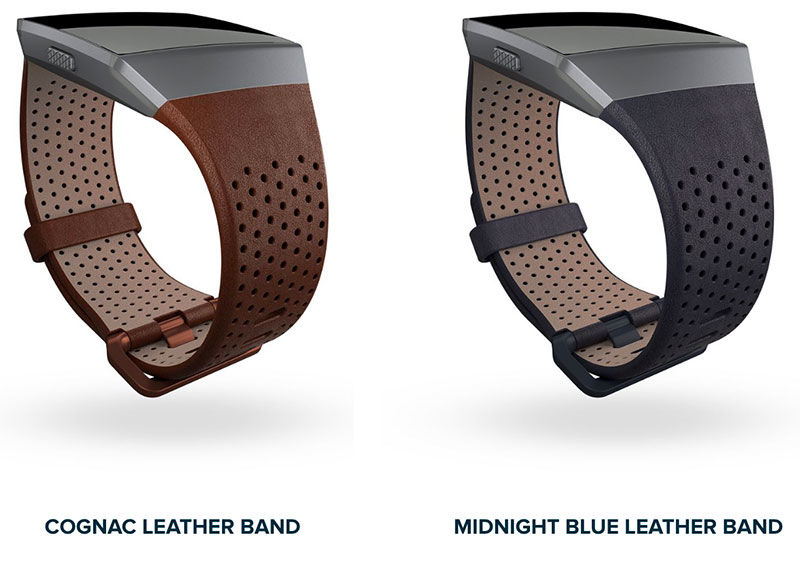 The Fitbit App Gallery will offer a range of health and fitness apps from Fitbit such as Exercise, Fitbit Coach, Relax, Timer and more. Leading partner apps available on Fitbit Ionic at launch include: Weather from AccuWeather; and Strava sports social network.

With introductory pricing of £7.99 a month, the app will grow to include advanced tools with a library of programs and workouts developed with Fitbit’s Advisory Panel, to deliver adaptive health and personalised fitness coaching.

Read next: Best new smartwatches and fitness trackers coming in 2017