Not all Windows 10 devices are made equal. Unless you’re buying a device directly from Microsoft, it’s likely that your PC will come with bloatware of some sort. This is another way of saying apps that come built-in to your device which seemingly can’t be uninstalled.

That can be incredibly frustrating, particularly when Windows 10 is so slick and easy to use at its core. However, there are some things you can do to get that pesky bloatware off your device and declutter your desktop.

How to uninstall Windows 10 bloatware

Bloatware can be described as anything that comes pre-installed on a device which can’t be uninstalled by a user via the regular means.

On Windows 10, this often takes the form of trial software, antivirus programs and even some games. All this uses up crucial disk space and can quickly lead to a slowdown in performance.

This almost exclusively applies to devices that are not from Microsoft’s own Surface line, and so the company has developed a solution itself.

The Refresh Windows Tool is a free app that you can download directly from Microsoft. When you run it the tool installs a clean and unencumbered version of Windows 10 onto your machine, removing any apps that are not core to the system. This does mean that it will also delete apps you’ve downloaded yourself, so ensure that you not only backup your data but that you’ve also got the original disks or files for any application you want to keep. 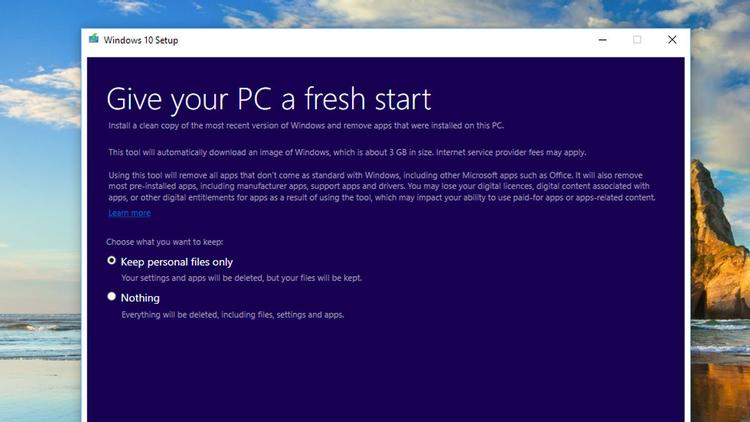 It’s kind of a nuclear option in some ways, although the app can leave all of your personal data alone if you choose that option when you initially launch it. Windows does slow down over time, so using the refresh tool every couple of years is an easy way to keep your system up to snuff, plus the tool is an excellent idea if you’ve just bought or been given a second hand PC.

If you simply want to remove a few programs manually, they can be deleted in the same way as any program. To do this go to the Start Menu and scroll through the application list until you find one you want to remove. Right click on its name and then select the Uninstall option. 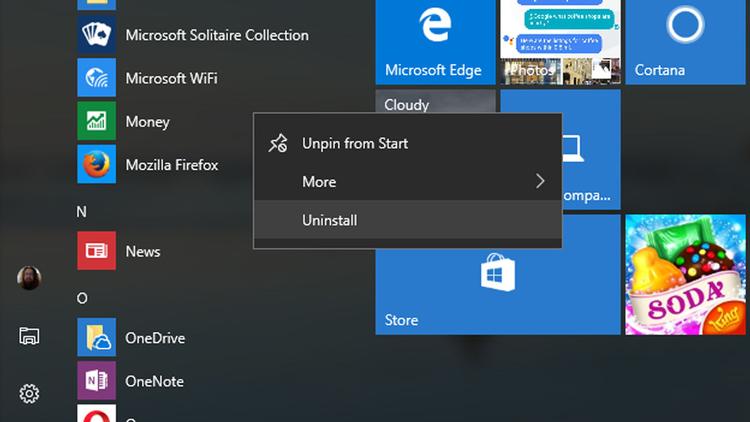 The approach above won’t remove any of the apps that are actually part of Windows 10, and you won’t see an option to uninstall the app when you right-click on it. For such apps it’s going to take a little more work. It’s not difficult but it will involve using the command line, which while intimidating at first is actually quite straightforward.

Open the Start Menu again and type Powershell into the search box. It should appear as Windows PowerShell at the top of the list of results. Right click on it and select the Run as Administrator option. Obviously you’ll either need to logged in as an Administrator account for this to work. (The default user account you created when you first got your computer should be an admin account.) 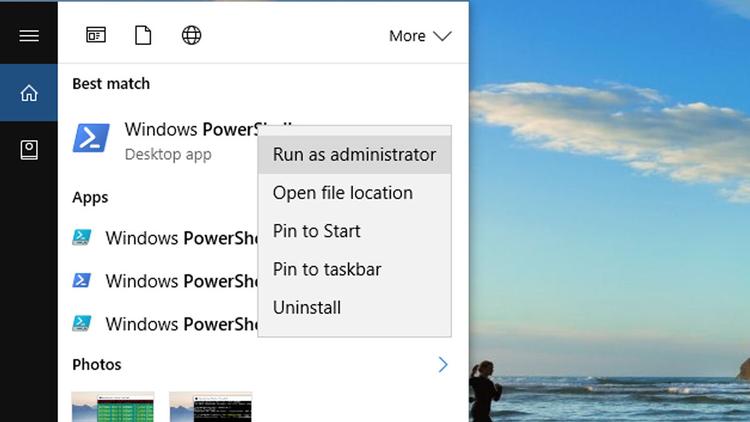 With the PowerShell window open you can now type in commands to remove the apps in question.

The command you need to use follows this format;

So, for example, if you wish to remove the Office Hub app you’d type the following command and press enter; 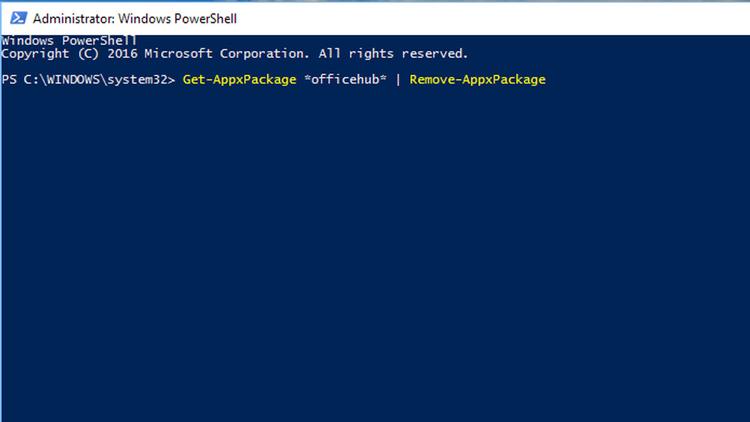 Here’s a list the built-in apps and the names you need to use to delete them;

There are a few apps that can’t be deleted though. These are Cortana, Microsoft Edge, Contact Support, Windows Feedback and, while you can remove the Windows Store, it’s not a great idea since you might want it in the future.