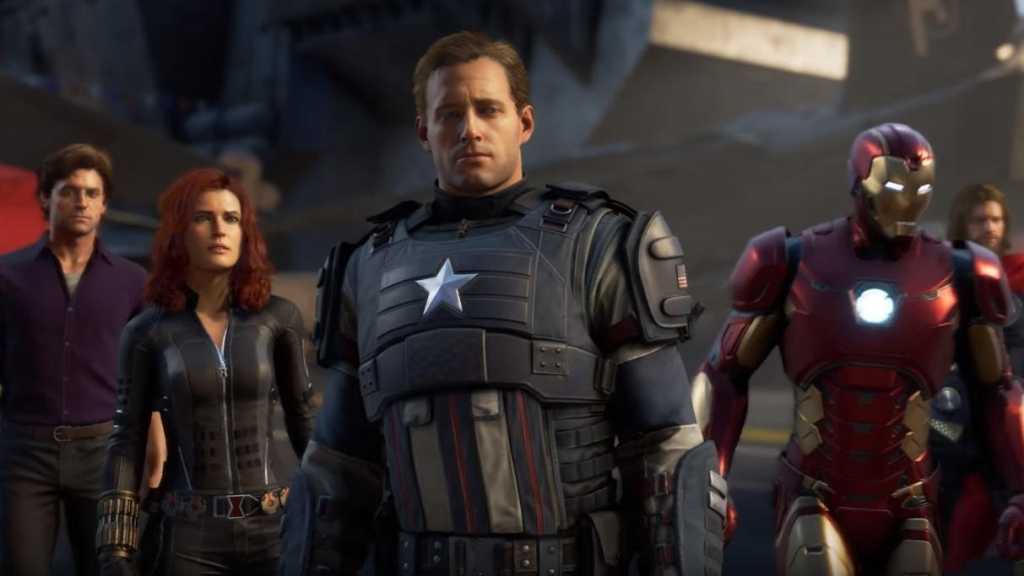 Marvel’s Avengers is the biggest superhero game since Spider-Man on PS4, but it’s a very different beast: this is a multi-superhero spectacular with a mix of solo play, online co-op, and loads of unlockables and replayability.

Developed by Crystal Dynamics, the devs behind the rebooted Tomb Raider games, it’s a sort of third-person, superhero take on Destiny. The game lets you play as any of the Avengers either solo or in online co-op, across an expansive original story.

It’s enough to make it one of our most highly anticipated games of 2020 – read on to find out everything we know so far.

When is the Marvel’s Avengers release date on next-gen consoles?

Marvel’s Avengers is out now on PS4, Xbox One, PC, and Google Stadia. It’ll also come to the PS5 and Xbox Series X, but Square Enix has confirmed that a release date of this year has been pushed back to 2021. An exact month is yet to be confirmed.

Originally, the game was supposed to arrive to next-gen consoles this year, but the company wants more time to iron out current bugs and fixes before releasing versions on the new consoles.

The good news is that if you buy the game for either PS4 or Xbox One you’ll be eligible for a free upgrade to the equivalent next-gen version of the game. You’ll even be able to transfer your game save and progression, and even play multiplayer between generations – though it sounds like this is limited to cross-play between PS4 and PS5, or Xbox One and Xbox Series X, and not cross-play between the different companies’ platforms.

Which version should I order? 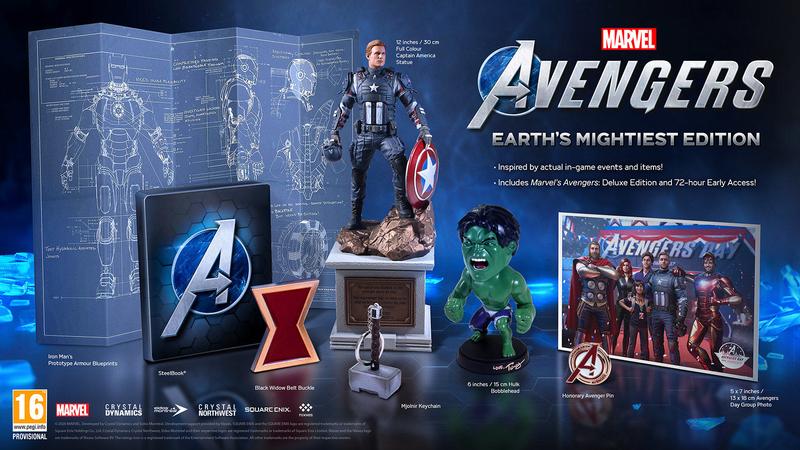 It’s also worth noting that your choice of console matters, as PS4 and PS5 players will get exclusives along the way. The big one is the exclusive ability to play as Spider-Man – more on that later – but PS Plus members also get some in-game freebies at launch, and every PlayStation player will get 30-day timed exclusive access to specific new cosmetics, along with PlayStation-exclusive Community Challenges.

Essentially, like it or not, Marvel’s Avengers will be best on PlayStation, so you should probably opt for that version if you can.

Here’s the full Marvel’s Avengers reveal trailer, complete with snippets of gameplay from the upcoming title.

At Gamescom 2019 we were also treated to footage of the A-Day Prologue, an opening tutorial in which you get to grips with the unique powers of key Avengers as they battle Taskmaster.

Then at New York Comic-Con we got yet more footage introducing a long-requested new Avenger: Kamala Khan, aka Ms. Marvel.

Perhaps the best trailer yet doesn’t even have any gameplay footage. Instead, it’s a slick CGI production directed by Jordan Vogt-Roberts (Kong: Skull Island) that shows off the core crew smashing through some AIM bots:

Following years of teasers, at E3 2019 Square Enix finally revealed Marvel’s Avengers, formerly known as The Avengers Project. While the launch trailer is mostly comprised of cinematics, the company eventually released some gameplay footage from the beginning of the game, and let us play it for ourselves – read our full preview to find out what we thought and more about how the game plays.

Marvel’s Avengers is a third-person action-adventure game set in a world where the Avengers have been set up, killing hundreds of innocent civilians in the process. Following a catastrophic event in San Fransisco, the Avengers disband, with the game picking up the trail five years later.

For a quick summary of how gameplay works, watch the dev team’s game overview video, which sums up the story setup and the core systems in the game:

The game can be played alone, but there’s also online co-op with up to four players on some missions. The whole game is playable single-player, with every mission driving the narrative forward to some degree, but while some missions let you team up with friends and pick any heroes you please, other ‘Hero Missions’ are solo-only and lock you into specific heroes to drive the core story forwards.

It looks like this could change with the DLC though, as it’s already confirmed that the free Hawkeye DLC drop will include campaign missions that can be played either solo or co-op, as you prefer.

You can get a better look at Hero Missions in this gameplay video following Thor through one of his early Hero Missions up against AIM enemies:

Marvel’s Avengers will have an “ever-expanding universe” with a growing number of customisable heroes and locations. The key point is that, unlike other service-based games, all future heroes and locations will be free to download, and there won’t be any loot crates either – though cosmetics like new costumes will be available to purchase.

In addition to costumes there are gear drops (with no cosmetic effect), with both rarity and power levels to each piece of gear, in addition to a crafting system for new gear. There are also multiple skill trees for each hero, letting you build them out and optimise them to play the way you prefer – making Thor a tanky melee combatant or a hovering AoE ranged assault platform.

The Co-Op War Zones trailer shows some of this customisability and flexibility off through footage of some of the game’s biggest co-op multiplayer missions. You’ll see appearances from the likes of Nick Fury, and a look at a few characters’ various outfits and gear options, like the Widow’s Bite or some new lightning powers from Thor:

While the full list of heroes is officially unknown, the following characters are playable at launch:

Three more playable heroes have been confirmed to arrive as free DLC drops after launch, complete with their own cosmetics and story missions:

Finally, early trailers teased Ant-Man, so we know he features in the game’s plot. Surprisingly Crystal Dynamics hasn’t yet confirmed that he’ll actually be playable though. We’d be surprised if he wasn’t, but there’s a chance he’ll only pop up in cut scenes.

There’s more though. A dataminer dug into the game’s beta code, and discovered what certainly looks to be a full list of the upcoming unlockable heroes – and there are a lot of them. Each character is marked with a ‘UnlockPlayableCharacter_’ prefix in the code, and the list includes the base characters plus future unlockables. Note that there’s no mention of Spider-Man – which makes sense, since this list was drawn from PC code:

Square went deep on the game’s post-launch content in the launch week War Table stream, which is well worth a watch if you want to know what’s ahead:

First up, the stream confirmed that Kate Bishop will be added to the game, with a new Operation called Taking AIM. She’ll be the first playable hero added to the game post-launch, with the original Hawkeye Clint Barton to follow.

Kate Bishop was originally supposed to arrive in October, but this has now been delayed, as has Hawkeye. Square Enix hasn’t confirmed updated dates for these releases – once we know more we’ll update this article.

Square Enix has already confirmed plans for ongoing downloadable content for the game – much of which we’ve detailed or speculated about above – and made clear that all heroes, missions, and story updates will be free to play.

There is some content you can pay for however, but this is strictly cosmetic: emotes, skins, takedown moves, and nameplates.

Each hero also comes with a ‘Hero Challenge Card’ containing 40 tiers of unlockable content, ranging from gear and in-game currency to skins and emotes.

While every tier is unlockable for the six starting heroes, future playable characters will have a mix of free and premium tiers, and you’ll have to pay to unlock those premium tiers.

That will cost 1,000 credits – with an equivalent real-world value of $10 – but you will get the chance to earn that back.

“If you complete all challenges on your Hero Challenge Card, not only will you earn back your 1,000 Credit activation cost, all the content you’ll earn has a value of over 12,500 Credits,” the blog post explains. “Remember, these rewards deliver fun in-game cosmetic enhancements and effects, but they do not provide a gameplay advantage.”

There’ll be no time limit on unlocking the content, and challenge cards won’t rotate or be retired, so you’ll never have to worry about missing out. If you’re feeling lazy you will apparently be able to purchase ‘skips’, but Square hasn’t yet revealed how much these will cost.