The specifications for Bluetooth 5 have now been finalised, meaning we should soon see devices released which include the technology. So what changes does the new standard bring and how will they benefit you? We take a closer look.

Bluetooth is a wireless method of communication between electronics devices. It’s cross platform, meaning it works on pretty much any technology device, whether it be Android, iOS, Windows, Mac, or Linux. The most common uses for it tend to be connecting wireless speakers or headphones to smartphones and tablets, but you can also transfer files to PCs, have your smartphone communicate with a smartwatch, connect a wireless keyboard, or a wide variety of other useful things.

Perhaps the most immediately useful feature of Bluetooth 5 is that it increases the range over which devices can be connected. At the moment Bluetooth v4.2 is usually good for around 10m (or 33ft) with a clear line of sight. Bluetooth 5 is set to quadruple this, allowing users to wander farther from their speakers without the sound cutting out. 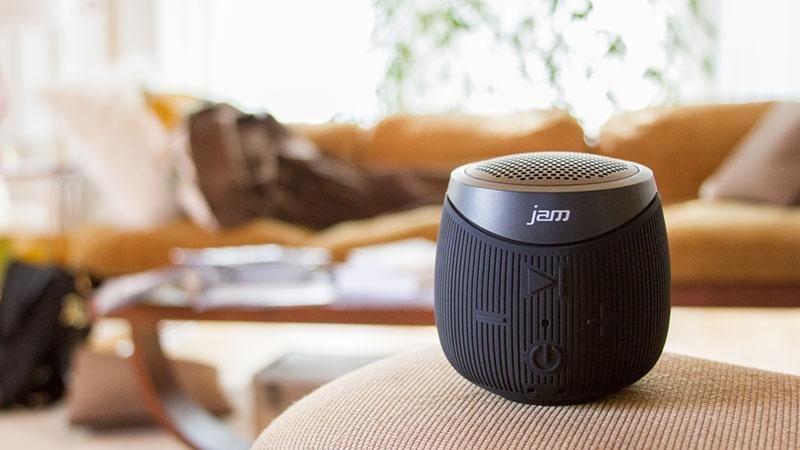 Another improvement over its predecessor is that Bluetooth 5 will have a data transfer rate of 2Mbps, twice as fast in terms of performance, plus it will carry eight times the amount of information. This means you’ll be able to send more data, quicker than you could have done before. Sadly, before audiophiles get their hopes up though, this still isn’t enough for uncompressed music streaming, but it’s a move in the right direction.

Bluetooth 5 also contains technology that will allow it to reduce the potential interference caused by other Bluetooth or Wireless devices in any given area. This will become increasingly important as the age of the Internet of Things finally arrives.

Built for the Internet of Things:

The extended range, higher bandwidth, and stronger performance mean that Bluetooth Beacons, local nodes that can send very precise area-specific information to devices, are set to become far more widespread. Initially these will most likely be found in places like shopping centres, letting you know where certain stores are and any deals or promotions they currently have. But the uses are wider than that and we’ve already seen one that helps blind people navigate around San Francisco airport.

The enhancements also make IoT devices around the home more able to communicate with each other, as the farther reach and higher data capacities provide a ‘whole-home’ solution.

With all these extra features it’s only reasonable to assume that power drain could become an issue on our already battery-challenged smartphones. Thankfully this shouldn’t be the case as it seems the new specification will match the performance of Bluetooth 4.2. Obviously we’ll know more once we’ve had a few devices in to test.

As much of Bluetooth technology involves hardware, it will mean replacing your devices with newer versions if you want the benefits Bluetooth 5 provides. You’ll still be able to use your existing devices to connect to hardware using the new standard, but performance will remain the same as it was on Bluetooth 4.2

In terms of release dates, Bluetooth 5 was confirmed by the overseeing body the Bluetooth Special Interest Group (SIG), which means it is now available for manufacturers. We would expect to see devices appear in the shops over the next few months, so you won’t have long to wait.

With wireless connections to our technology becoming an ever more intrinsic part of modern life, the arrival of Bluetooth 5 could be a pretty big deal. We look forward to seeing what it brings.