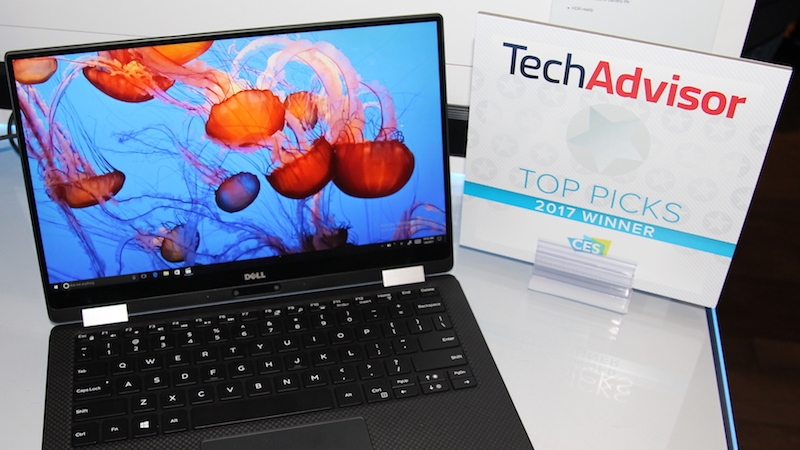 CES is one of the biggest tech shows that takes place each year, and 2017 is no exception. The Tech Advisor team has been spending time on the show floor in Las Vegas checking out the hottest new tech, and has picked out the best of the best. Our top 10 products each receive a Tech Advisor Top Pick award and are the gadgets we’ll be keeping the closest eye on throughout the year.

Our top 10 from CES 2017 is in no particular order. All of these great products have made the cut and we’re looking forward to spending more time with them to bring you full reviews of each product.

We’ve already published our full review of the Mi Mix by Xiaomi and have awarded it a Tech Advisor Recommended award as well as our Top Pick of CES 2017. We were blown away by its breathtaking bezel-less display and flawless performance.

Samsung’s latest update to its A series Galaxy phones bring the mid-range handsets one step closer to a flagship but without the big price tag. We went hands-on with the Galaxy A3 at CES 2017, so find out our first impressions in our Galaxy A3 review.

The third and final smartphone to get a Tech Advisor Top Picks Award is the Huawei Mate 9, which was just introduced for the US this month. Read our Huawei Mate 9 review to find out more.

Misfit’s first touchscreen smartwatch is brilliantly priced but still offers all of the features you’ll need including a waterproof design, a heart-rate monitor and built-in GPS. We went hands-on with the watch on the show floor to bring you our first impressions Misfit Vapor review.

Lenovo’s Surface rival has a gorgeous display and a slim, practical design with a kickstand built-in. Add the optional keyboard and you’ve got yourself a truly portable device that could potentially replace your laptop. Read our Lenovo Miix 720 review for more.

The Dell XPS 13 2-in-1 brings all the advantages of a touchscreen, pen-ready input to one od the best 13in laptops in the world. There’s no compromise on design integrity here, with the latest generation of Intel Core processors to boot. A smart, slick ultrabook that remains top of the Windows pile. More first impressions can be found in our Dell XPS 13 review.

LG’s 14in model of the Gram laptop is slim, sleek and wonderfully light. In fact, it’s the world’s lightest 14in laptop right now.

The best home entertainment tech we saw came in the form of Nvidia’s new Shield TV. This year it’s smaller and also has a bunch of new features. Top of the list is 4K HDR quality streaming and gaming and comes with the latest Android 7.0 Nougat Android TV operating system. Find our more in our Nvidia Shield TV review.

Sony’s brand new wafer thin OLED TVs come in 55in, 66in or the incredible 77in version. Picture quality is astounding along with the new method of sound projection – right out of the screen.