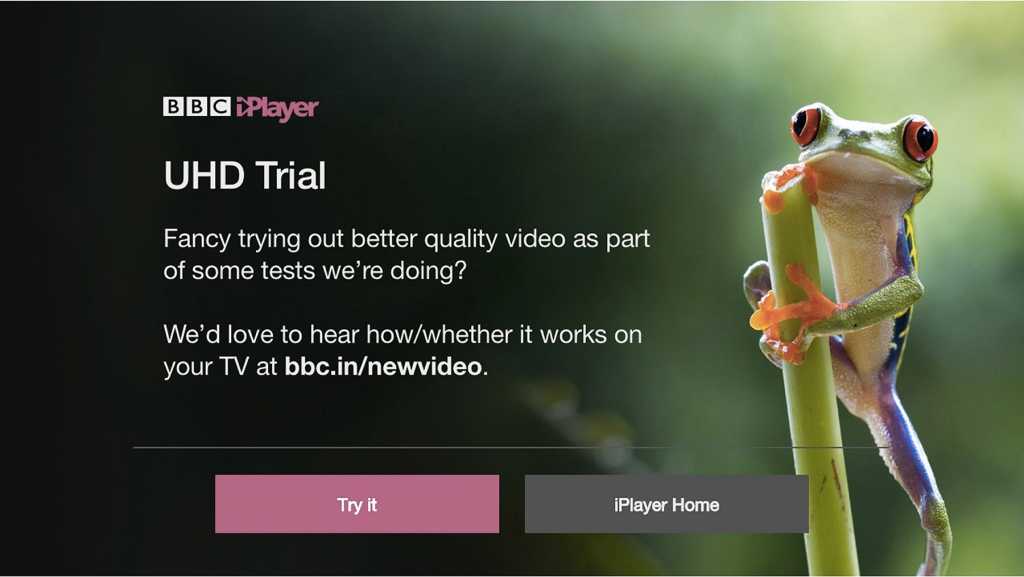 If you’re a fan of Planet Earth 2, of course you are, and want to watch it in 4K Ultra HD resolution then we have good news. The BBC is running a trial so you can do exactly that if you meet the requirements. Here’s how to watch Planet Earth 2 in 4K Ultra HD on iPlayer if you have a compatible TV. See also: How to watch BBC iPlayer from abroad.

Millions of viewers across the nation have been enjoying the new series of Planet Earth but you’re not alone if you’ve been aching to see it in glorious 4K resolution. In what the BBC is calling an ‘important step’ towards future Ultra HD streaming, you can now try it for yourself until early next year.

Sadly you can’t watch the entire Planet Earth II series in 4K as the trail is a four minute long clip showing a jaguar emerging from the shadows to stalk its prey and the effect of rain dropping on tiny animals.  Watch the RHS Chelsea Flow Show 2017 online.

To watch Planet Earth 2 in 4K you’ll need a TV with, surprisingly an Ultra HD resolution plus HDR also. You can see a full list of compatible TV models at the bottom. If you have one, load up the built-on iPlayer app and you should see the prompt.

The BBC says central to the trial is HLG (Hybrid Log-Gamma), which is a form of HDR and integral to the future of Ultra HD streaming. The firm says the trial will help it “better understand how the technology affects existing infrastructure and workflows” as well as “obstacles and challenges to streaming full length programmes.”

What is HLG? Well it supposedly takes things a step further by providing better quality pixels. It works by “enabling images to be shown in extremely high contrast. This provides greater sharpness, extended detail in the shadows and dark areas of the picture, a wider range of colours, and more natural and brighter highlights and mirror-like reflections.”