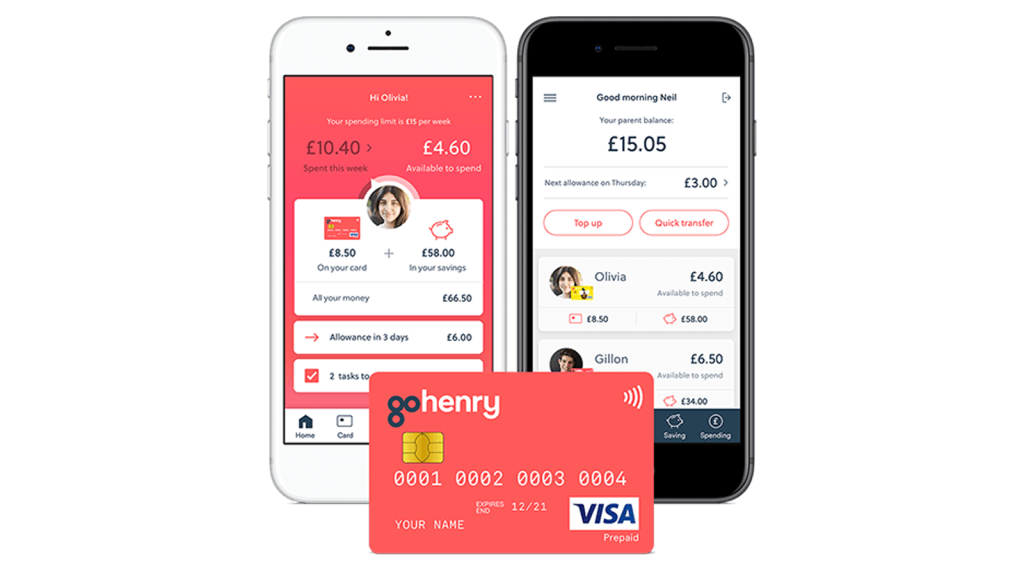 Teaching young people to manage their money is a hugely important task for parents. Developing the ability to save and plan purchases are life-skills that will serve children well as they grow in age and independence. The difficulty is getting them interested in what can be a mundane subject at the best of times.

That’s where GoHenry comes in. This service gives young people their own pre-paid card, a phone app to view and set goals for their finances, granular controls for the parents, and makes money suddenly a lot more fun.

How does it work?

GoHenry is an interesting idea that allows parents to create pre-paid accounts for their children (aged between 9-18), set rules for where they spend their money, impose weekly limits, and award bonuses for doing jobs around the house. It’s essentially a digital version of pocket money and chores, but the accompanying smartphone apps add a layer of sophistication that could well incentivise children to save for certain things while tracking their progress.

The way it works is that parents set up an account with GoHenry and then create sub-accounts for up to four children. Funds are sent by bank transfer or standing order from the parent’s account to their children’s ones on set dates, or you can make one off payments as and when you like.

Everything is recorded and controlled via dedicated apps for the parents and children, so both know what was earned and spent, plus when the next pocket money payments are due. It’s a clever and easily understandable way to introduce the idea of budgeting and income, plus it makes odd jobs a bit more appealing when children can see the financial reward. 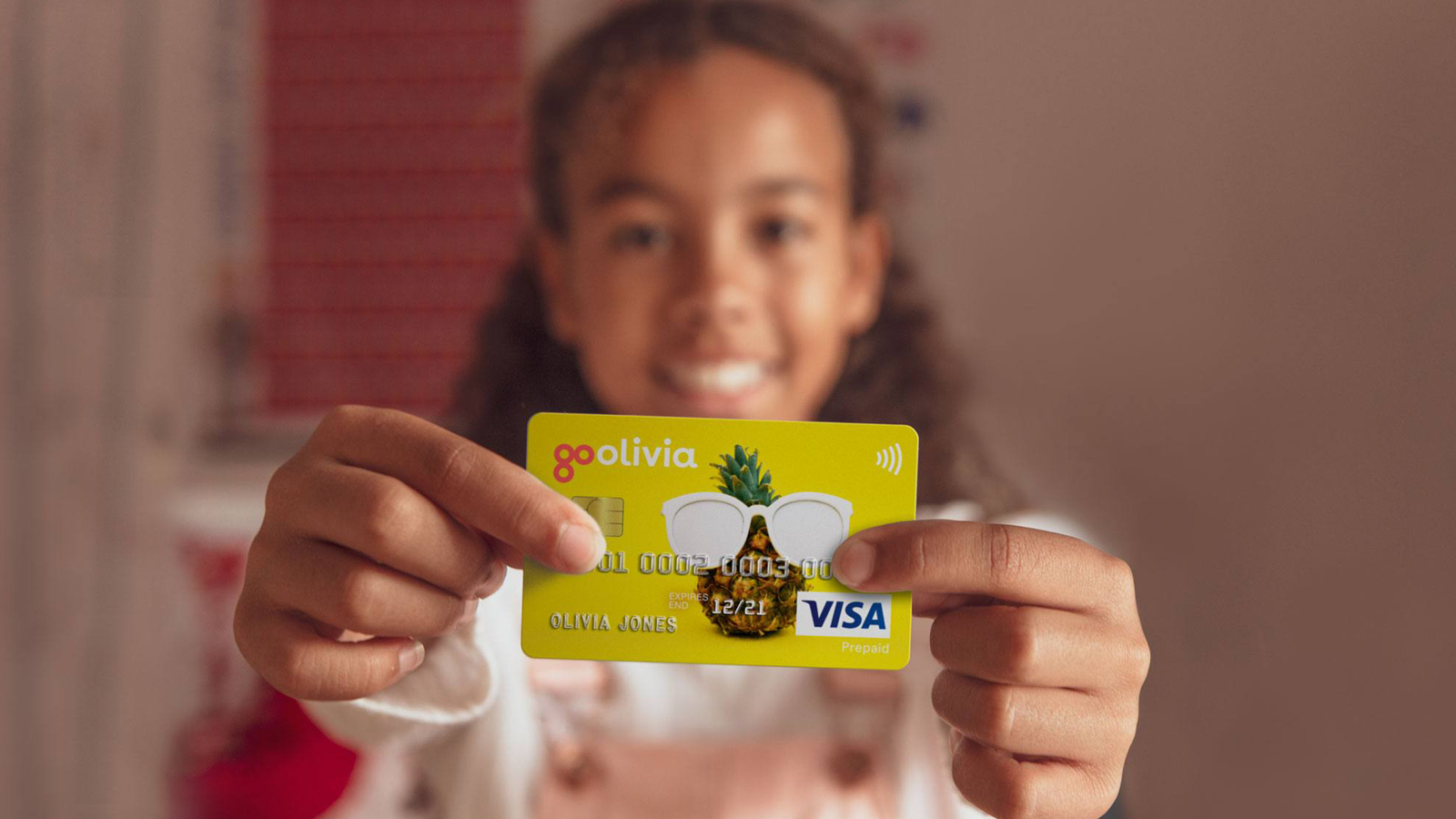 Of course the money doesn’t remain in the app, as that would make it rather hard to spend, instead GoHenry issues pre-paid debit cards for each child’s account. These act just like normal debit cards and can be used anywhere that accepts VISA, including online and at cashpoints. Withdrawals from ATMs are free in the UK but cost $1.50 in the USA. For a fee of £4.99/$4.99 you can also customise each card, selecting a picture, colour, and bespoke name to replace Henry. So, if you want GoOlivia you can have it.

The children don’t have access to their parents’ bank accounts, so they can’t run up any crazy bills, and only spend the money they have in their own savings. This can also be limited by limits stipulating the maximum amount of a single transaction, plus parents have the ability to block certain shops if they feel that little Johnny really shouldn’t be blowing all his pocket money in Starbucks. 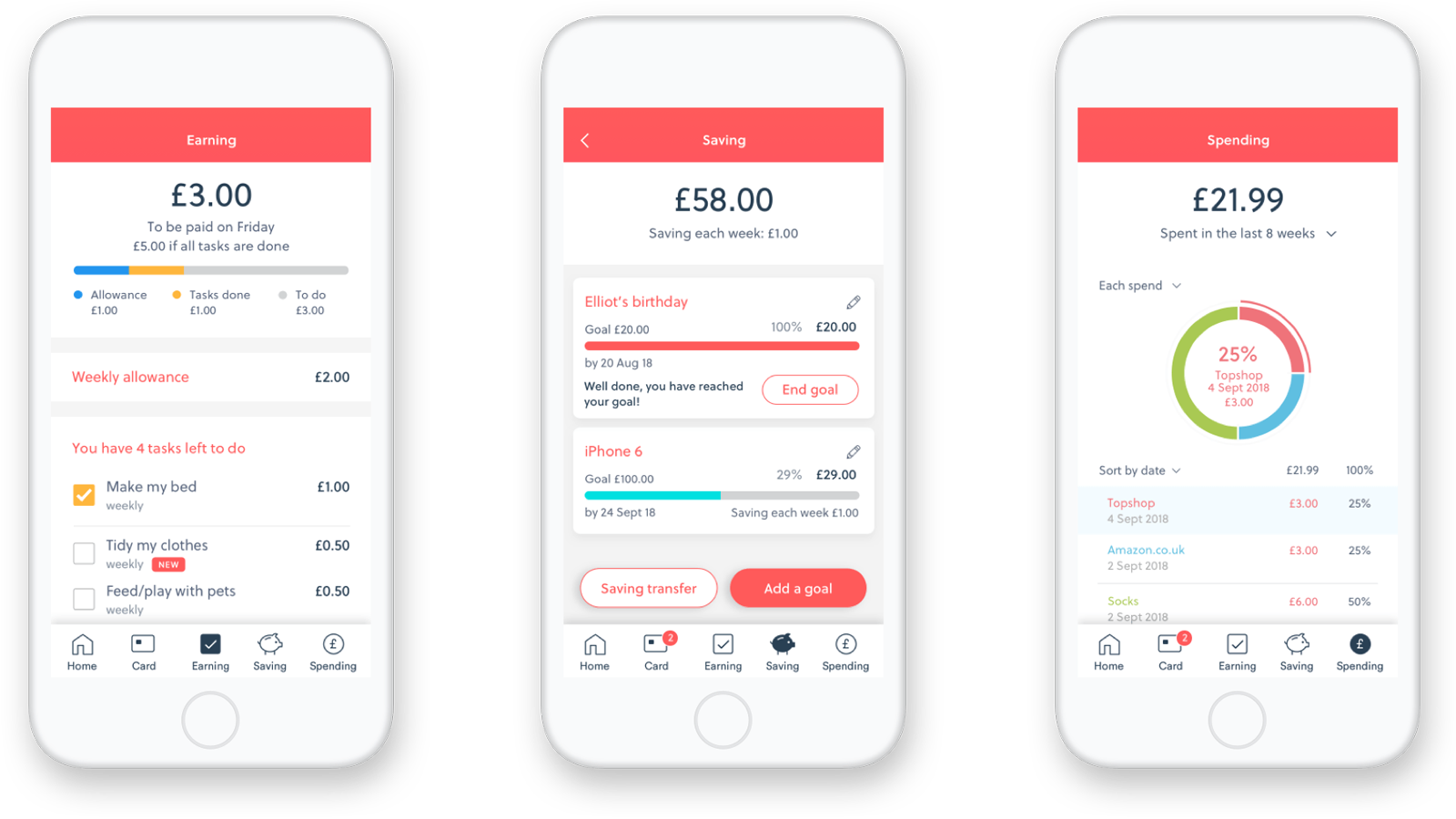 There are is also a budgeting section in the child’s app that allows them to set targets for things they want to buy. They can allocate money to each target bit-by-bit while still having funds to spend on other things. When they reach their target they can click the ‘End Goal’ button and have the money transferred back into their general spending account so they can make the purchase.

Extra money can be earned by completing tasks that parents set, and there’s the option of letting other family members donate money to the child’s account as gifts.

How much does GoHenry cost?

Each child’s account costs £2.99/$3.99 p/m and if you choose to add money to the child account from a debit card, standing order or bank transfer at the start of the month then you won’t be charged any extra fees. For additional movements of money within the month you’ll incur a £0.50 charge in the UK. At the time of writing GoHenry was offering a one month free trial for new customers.