Marvel vs Capcom: Infinite is the latest in the long-running line of 2D fighters featuring characters from Marvel’s comics and Capcom’s games Here’s everything you need to know about the game, including its release date, platform, gameplay, and all the confirmed characters so far.

The game was first announced in December 2016 at Sony’s PlayStation Experience event, and will pit Marvel superheroes such as Iron Man and Captain America up against some of Capcom’s finest from game series including Street Fighter and Mega Man. Marvel vs Capcom: Infinite is the first new title in the series since Ultimate Marvel vs. Capcom 3 came out in 2011.

We’ve now put it through its paces, so find out what we thought in our review. 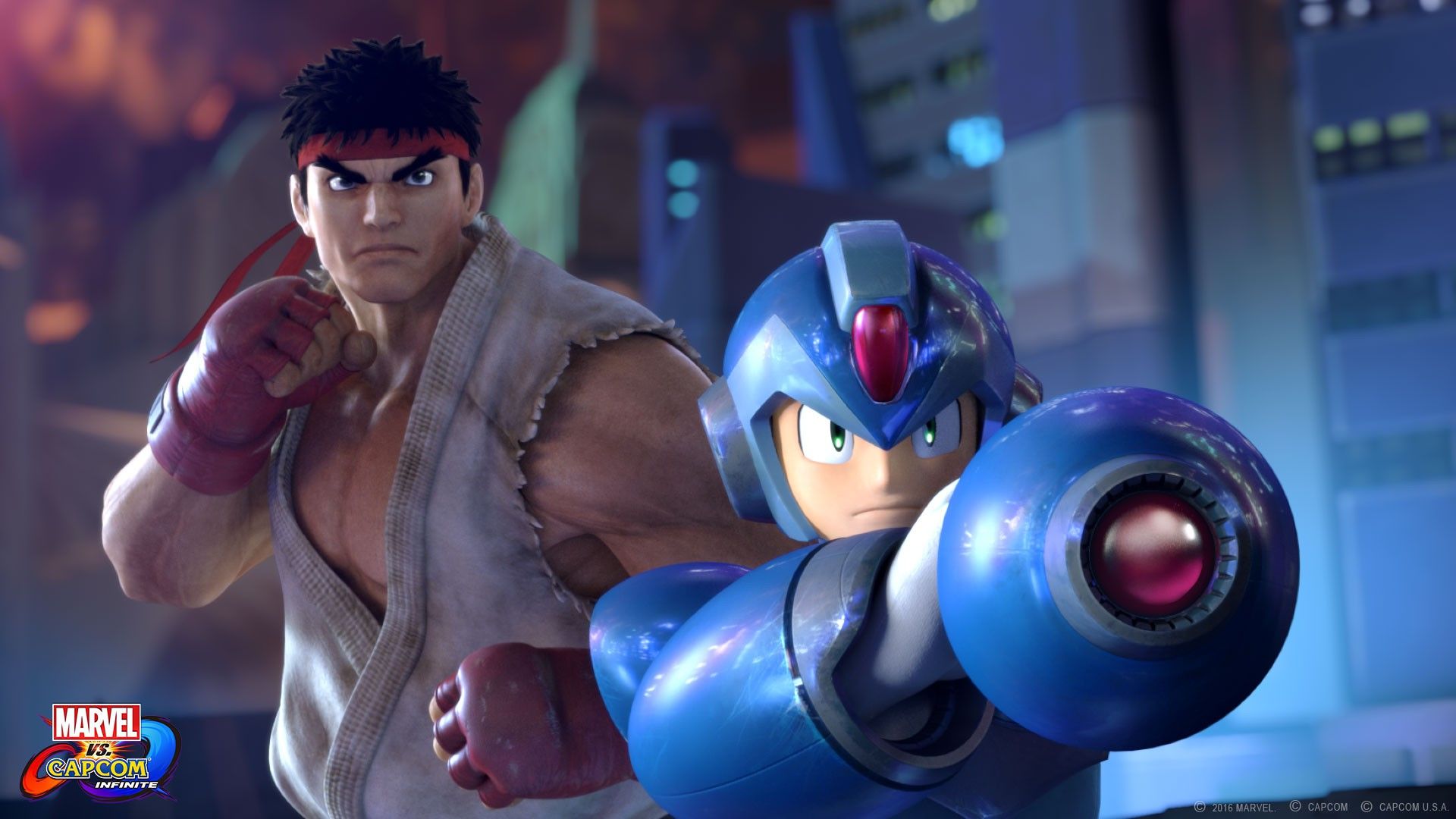 When is the Marvel vs. Capcom: Infinite release date?

The game will be playable on PlayStation 4, Xbox One, and PC, so there are no surprises there.

Where can I order the game?

You can pick up all a copy from all the usual suspects.  Steam,  Green Man Gaming, the  PlayStation Store, and the  Xbox Store are the best bets for digital copies.

If you’d rather a physical edition, head to  Game,  Amazon, or  Argos in the UK, or  GameStop,  Best Buy, or  Amazon if you’re in the US.

You can also splash out for the giant Collector’s Edition. That includes a Deluxe Edition of the game, four exclusive character skins, a decorative case containing replicas of the six Infinity Stones, and diorama statues of Iron Man, Captain Marvel, Mega Man, and Chun-Li. 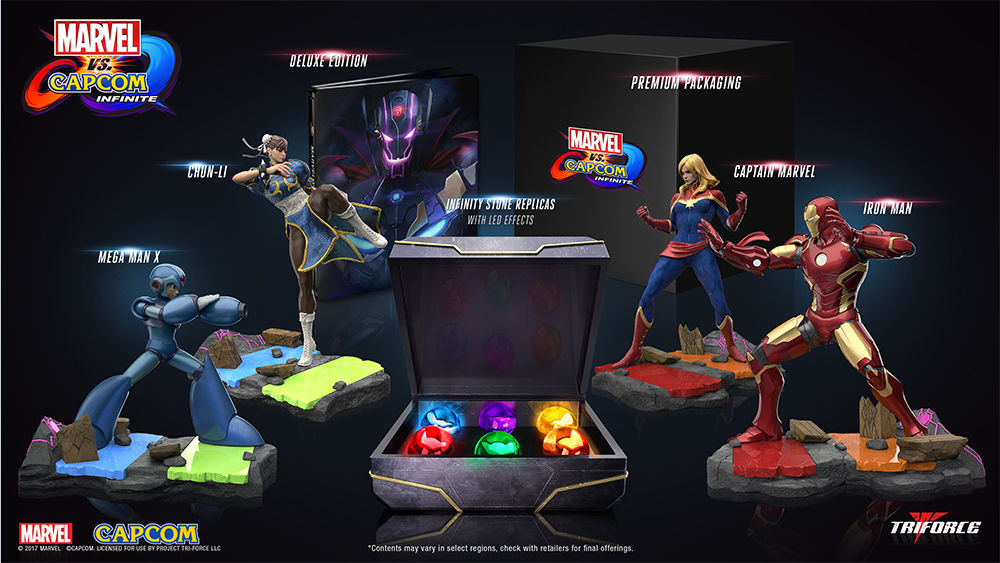 We’ve embedded a gameplay trailer below, which gives a basic idea of what to expect:

In terms of the basics, it’s definitely a continuation of the series, with tag team battles between characters from the two companies’ rosters, allowing both single and multiplayer combat. Unlike the last few games in the series, which featured teams of three, this time characters will pair up for 2v2 combat as part of a move to improve accessibility. There’ll also be online multiplayer, with both ranked and casual matches, global leaderboards, and a spectator mode.

Like most fighting games, Marvel vs. Capcom: Infinite will include single player Arcade, Training, and Mission modes, but will also follow more modern trends by including a Story Mode that “will put players at the center of both universes as they battle for supremacy against powerful forces and a new villain.”

That villain is ‘Ultron Sigma’, a fusion of Marvel baddie Ultron and Mega Man X boss Sigma. He’ll be threatening the world one way or another, and it’ll be up to the shared universe’s heroes to get in his way.

As for the actual combat, there’s one major shift from previous games in the series: the Infinity Stones. These will be familiar to anyone who’s been watching Marvel’s recent films, and in the comics lore are powerful gems that unleash special abilities and grant infinite power to anyone who can assemble all six in the Infinity Gauntlet. In the game, they’ll take the form of power-ups that give “a unique advantage to the player” related to the six different Stones: power, space, time, reality, soul, and mind.

The gameplay trailer above hints at how these power-ups work, showing off ‘power’ (which boosts strength) and ‘time’ (which improves maneuverability). Players get to select an Infinity Stone before each fight, granting them one ability that can be used at any time, and a second, stronger power that’s still in development. 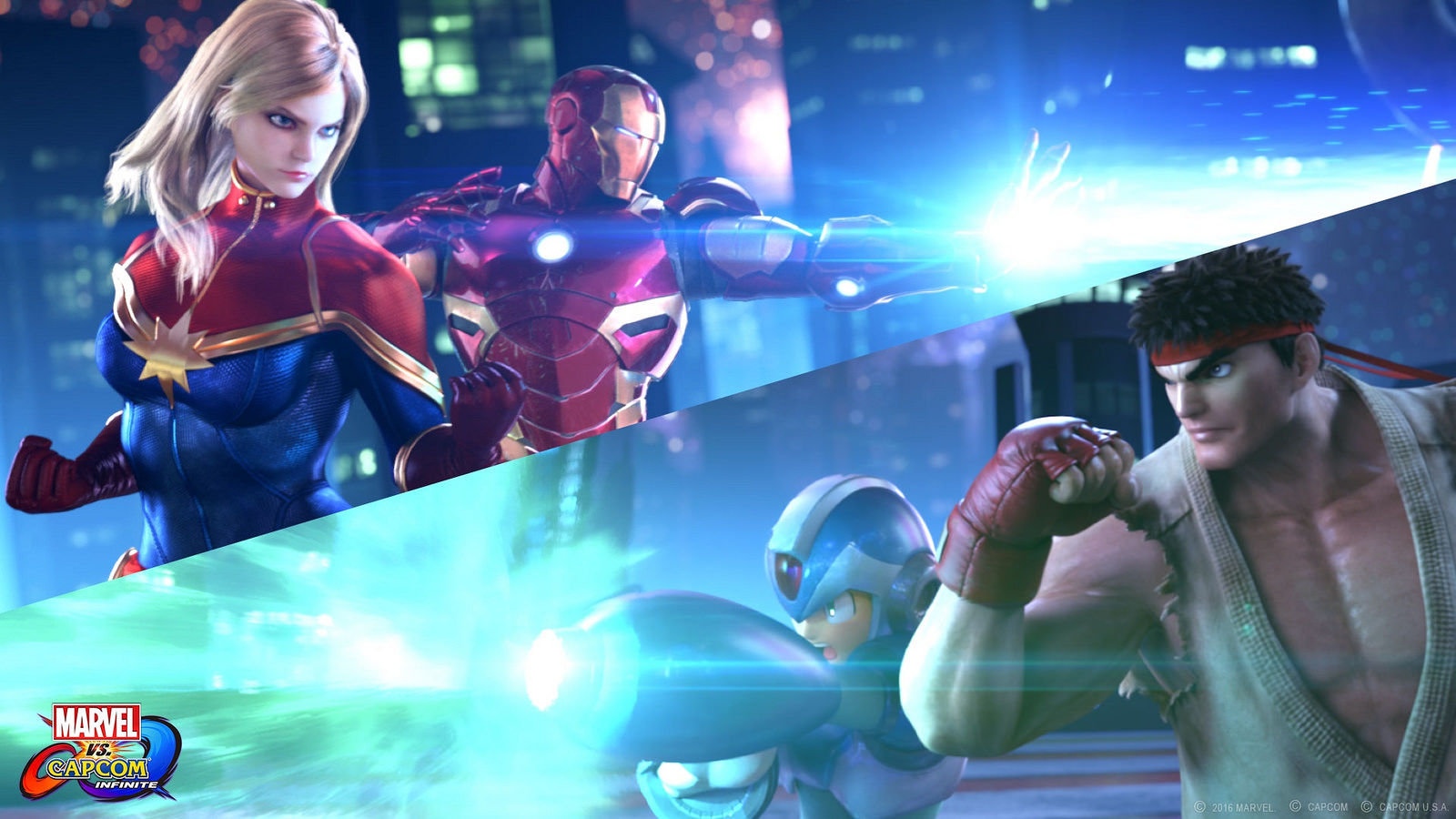 What characters are playable?

Early trailers confirmed six characters in the game for sure: three from each roster. On the Marvel side, we can expect to play as big hitters Iron Man and Captain America along with Captain Marvel (who’s set to star in her own film in 2019). From Capcom, we’ve seen Mega Man X, Ryu from Street Fighter, and Morrigan from the Darkstalkers games.

A later trailer confirmed more, including Ultron, Hulk, Thor, Hawkeye, and Rocket Raccoon from Marvel, plus Chun-Li, Strider Hiryu, and Chris Redfield on the Capcom side.

That’s not all though: another eight characters were announced in an E3 2017 cinematic trailer, bringing the total number of playable characters to 28. The trailer can be seen below.