The VR world is generally conceived as a niche industry, with the experience being limited to basic mobile VR headsets or very expensive PC-based headsets.

Microsoft saw a gap in the market for affordable VR headsets that provide a better experience over a mobile-powered headset and is working with manufacturers to release a fleet of cheap VR headsets alongside its Windows 10 Creators update later this year. Also see: Best VR and AR headsets to buy in the UK 2016/2017.

How much will the Microsoft VR headset cost in the UK?

Microsoft really wants to bring VR to the masses, but doesn’t want to limit its audience to mobile-only VR applications. Therefore, the headset will start from just $299 (~£240), which compared to the HTC Vive at £689 or Oculus Rift at £499 is a much more affordable VR headset, aimed at those who want to run VR on their Windows 10 machines.

Unfortunately, UK pricing has yet to be announced, but we would assume it to sit between £240-£300. 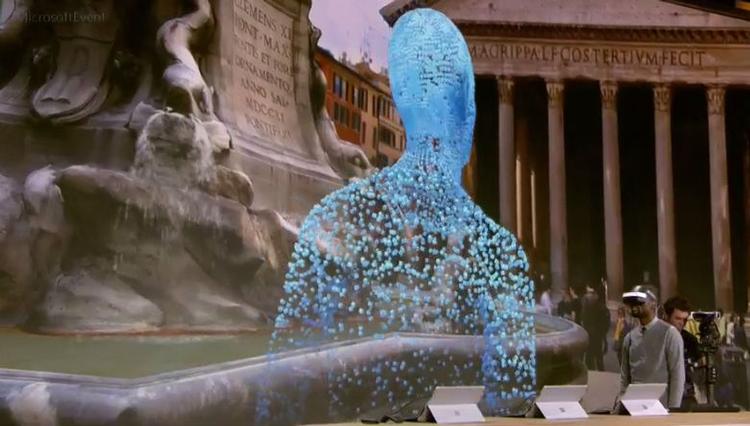 When is the Microsoft VR headset release date?

We expect the headset to come out in Spring 2017, when the Creators Update is set to be released.

While this may not be a representation of the final design of the Windows 10-friendly VR headsets that go on-sale this year, Microsoft showcased the Acer Windows Mixed Reality Development Edition headset at GDC 2017. And as you can guess with a name as long as that, it’s aimed at developers only.

The headset, made by Acer, should allow designers to develop Windows 10 virtual reality apps. It’ll start shipping later on in March, and to kick things off, Microsoft offered a headset to all developers present at the GDC announcement. 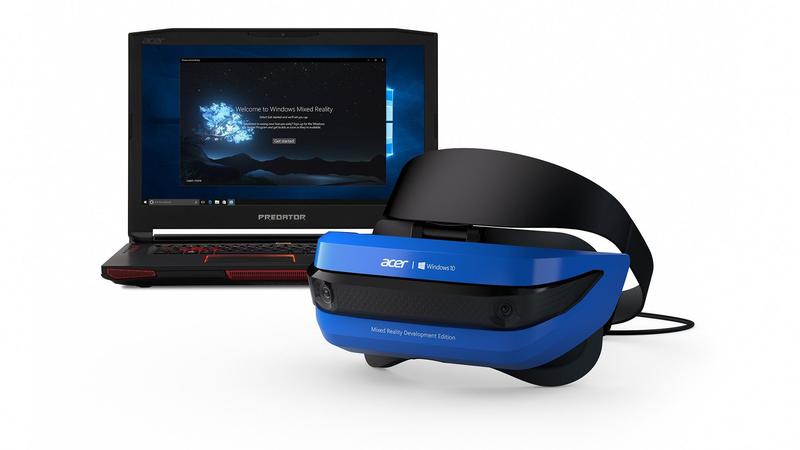 The best part is that the headset borrows the technology from Microsoft’s HoloLens that allows for incredibly accurate inside-out tracking, meaning you don’t need any external sensors for movement like with the Oculus Rift and HTC Vive. The technology is built directly into the headset, and could mean that relocating the VR setup is as easy as picking up the headset and laptop and moving rooms.

Microsoft says that the inside-out tracking technology will be available to all Microsoft VR headsets from the likes of Dell and Asus once the Windows 10 Creators Update drops in Spring 2017.

What do you need to run Microsoft’s VR headset?

Unlike the mobile VR headsets, you’ll need a PC in order to power it. According to The Verge, you’ll need 4GB of RAM, a USB 3.0 port, a graphics card with DirectX 12 support and a quad-core CPU, such as an Intel i5 processor (or a dual-core CPU with hyper-threading – such as select Intel i3 processors). 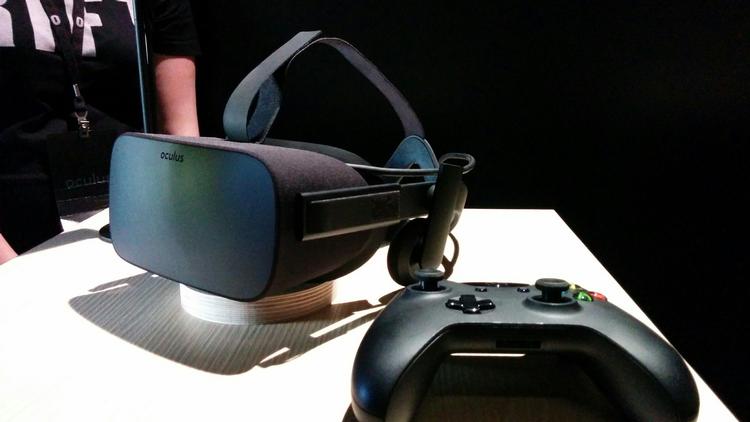 There are no indications on what GPU you will need to power the VR headsets, but we assume it won’t be as graphically demanding as the Oculus Rift or HTC Vive. Also see: Oculus Rift UK release date rumours, specs, features and games |  HTC Vive review.

Via Microsoft’s initial presentation of the VR-enabled Windows 10 Creators Update, we can see that it’ll require a connection to a laptop or PC through a USB cable (thus the need of a USB 3.0 port). This means that the processing power is coming from your PC and not the headset – where the more powerful the PC, the better the experience will be. But, given the base requirements, we expect it to run on a lot more PCs than existing VR headsets that require a £600+ computer to power VR experiences.

Who is the Microsoft VR headset designed for?

It’s clear that the headset is a step above a mobile VR experience, but isn’t aimed at those who are looking to game in VR – those interested in gaming should look at the Oculus Rift and HTC Vive. 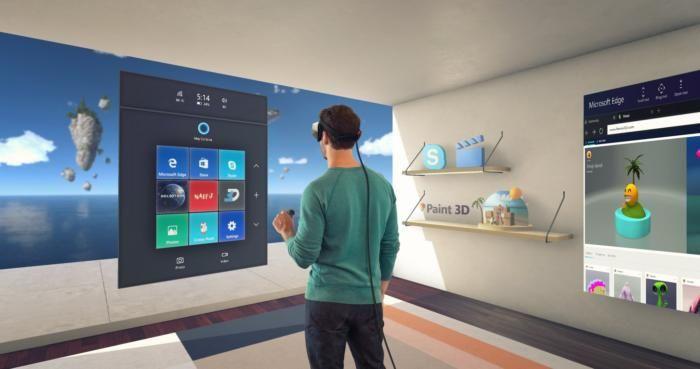 This might make it look a little niche – as those wanting a basic VR experience can save money and buy a mobile VR headset, and those who are serious about VR might go all-out and buy the Oculus Rift or HTC Vive – nevertheless, it’s good to see Microsoft steering the market towards affordable VR. Also see: Microsoft HoloLens UK release date, price, specifications and games rumours.