Following the success of its hidden games inside Facebook Messenger such as football keep ups and basketball, the firm has launched a fully-fledged gaming feature called Instant Games to its chat service. Here’s how to play games on Facebook Messenger and check out the games list.

Facebook describes Instant Games in Messenger as a new ‘gaming tab’ inside the app that allows you to challenge your friends and family at a number of games.

It’s simple enough to play if you follow the steps below, making sure you’ve updated to the latest version in your app store first. See also: How to send money on Facebook Messenger.

With over 1.2bn games of the basketball game played, launching Instant Games is the next logical step. The feature is rolling out in 30 countries on iOS 8+ devices and Android 5+. Features include score leader boards in-context chat, and group thread conversations. Read: How to send a Facebook message without Facebook Messenger.

If you’re looking for a Facebook Messenger games list then check out the image below which shows the 17 launch titles from partners such as King, Konami and Bandai Namco. Highlights on the games list include the likes Space Invaders, Puzzle Bobble, Words with Friends: Frenzy and Pac-Man. 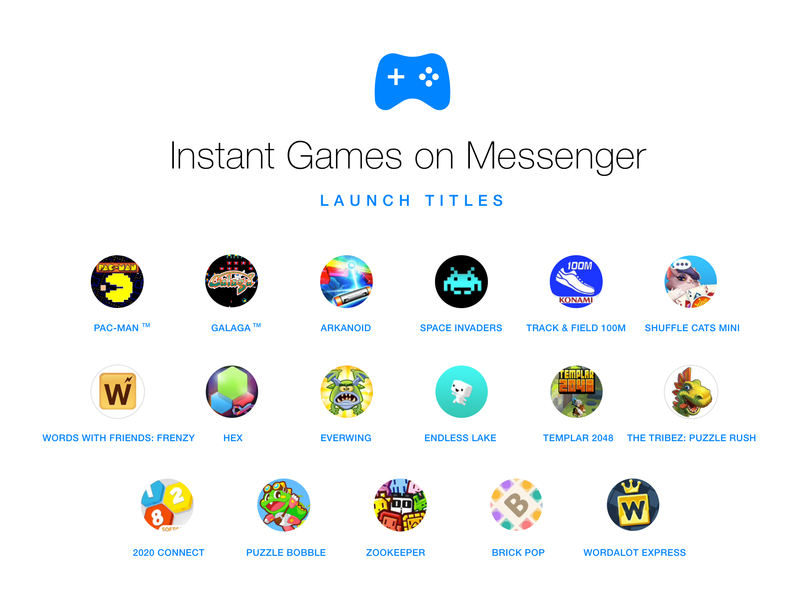 Read next: Best board games