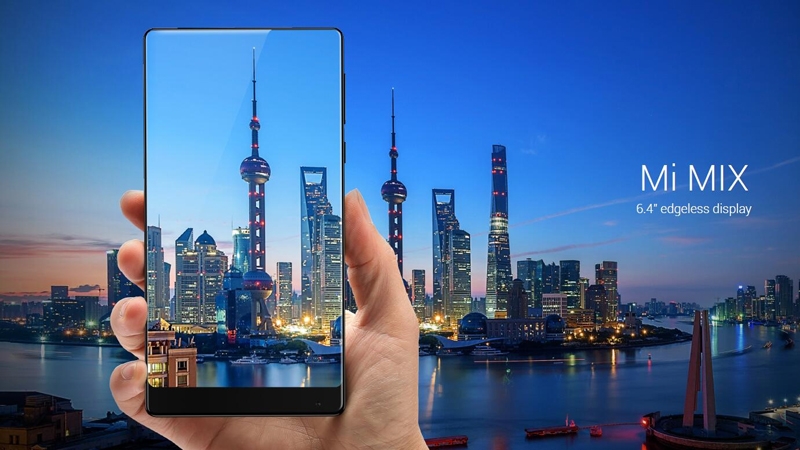 Xiaomi’s concept Mi Mix was previously a concept phone, but it is now in production. You can now buy the Mi Mix, which is shaking up the smartphone market with its ‘bezel-less’ display more than anything we’ve seen in recent years, with upcoming flagships from Samsung, LG and others tipped to follow the emerging trend in 2017. We detail the Xiaomi Mi Mix, and explain how you can buy the Mi Mix in the UK. Plus: Best Mi Mix deals. Also see: Mi Mix 2 rumours and Xiaomi Mi Mix review

Note: Don’t get the Mi Mix confused with Xiaomi’s other phablet, the Mi Max. We were very impressed with the Max, but it’s not in the same class as the Mix.

Xiaomi Mi Mix release date: When is the Mi Mix coming out?

The Mi Mix was announced in November 2016 and began shipping on 15 December. At Xiaomi’s first CES presentation in January it also announced a white model, with the Mi Mix previously available only in black. Also see: Best Chinese phones

How to buy Xiaomi Mi Mix in the UK: Best Mi Mix deals

Xiaomi phones are not officially sold in the UK, so in order to get one you need to go through a Chinese importer. There are some risks associated with doing so, primarily in terms of access to customer support and your refund rights should something go wrong, but also the fact you may be charged import duty on the Mi Mix when it arrives in the UK. This is calculated at 20 percent of whatever value is written on the shipping paperwork, plus an admin fee of around £11. You can read more about buying Chinese tech in our grey-market tech buying advice.

It’s worth noting that the Xiaomi Mi Mix has an RRP of RMB 3499 for the entry-level model and RMB 3999 for the standard model – a straight conversion of which would be around £422.37 and £482.69, though this is not what you will pay in the UK. This is because you will be paying market-value for the phone, and prices can fluctuate daily on grey-market sites.

Before you buy be warned that the Mi Mix does not support the 800MHz 4G band used by all UK mobile operators but particularly O2, Giffgaff and Sky Mobile, as these networks do not support the 2100MHz or 2600MHz 4G bands that the Mi Mix can accommodate. This means on those networks the most you will ever receive is 3G connectivity. As an aside, the Mi Note 2 unveiled alongside the Mi Mix is the Xiaomi phone to offer a Global edition that does support 800MHz.

The Mi Mix in its various guises is available from a number of outlets, including GearBest, Coolicool, Geekbuying and TomTop. There will be others, too, those these are the ones we have previously dealt with and feel comfortable in recommending. Below we’ve listed pricing and availability for each of these sites, correct on 3 February 2017.

Where to buy entry-level Mi Mix

Where to buy standard Mi Mix

Where to buy white Mi Mix

We haven’t found anywhere the Mi Mix is available in white just yet, although GearBest has published an arrival notice for both the entry-level and standard models in white. You can opt to get an email when the phone is available to pre-order, at which point pricing will be available. Click here to pre-register your interest in the white Mi Mix.

The most notable feature about the Xiaomi Mi Mix is its huge 6.4in edgeless display, built around a ceramic body designed by Philippe Starck. The only bezel you will find here is at the bottom, resulting in a screen-to-body ratio of 91.3 percent. This should mean it’s roughly the same size as any other 5.7- to 6in phablet. Also see: Best big phones

You might be wondering where are the camera and sensors that usually sit at the top of a smartphone, and the answer is really clever. The Mi Mix uses an ultrasonic distance sensor that sits behind the display rather than a standard proximity sensor, while the smaller-than-usual camera sensor is found at the bottom right of the phone, and instead of an earpiece there is ‘cantilever piezoelectric ceramic acoustic technology’ to transmit sound.