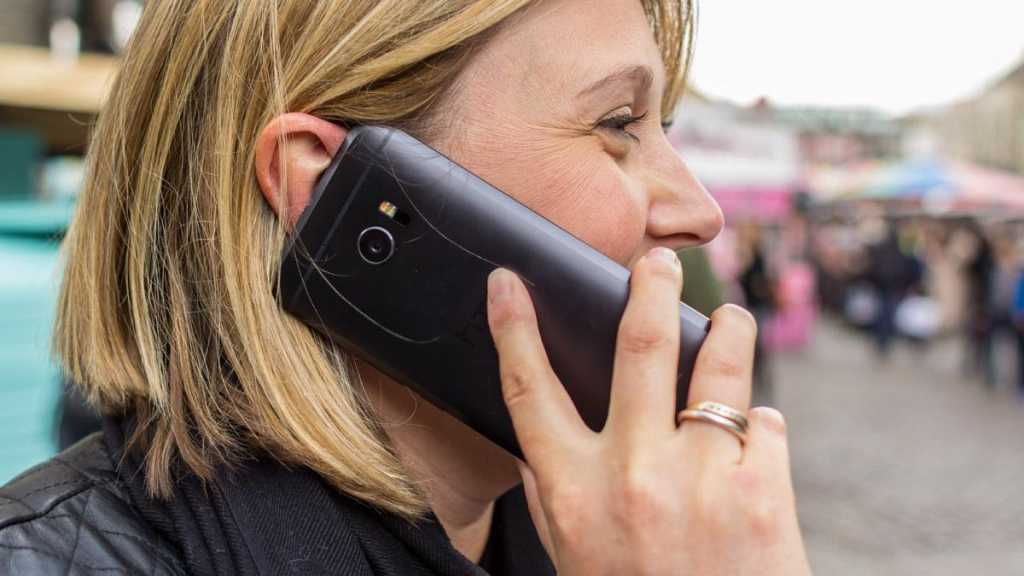 One of the many things that the last 18 months have taught us is that being able to stay in touch with your family, friends and colleagues has become more important than ever, and not everyone can guarantee great phone signal wherever they are.

Some rural areas have little to no mobile coverage at all and you can only guarantee great reception in towns and cities. So if you’re in one of those places where you have to run upstairs and lean out of a window when someone calls, here are a few things you can try in order to combat poor mobile reception.

Before you do anything as drastic as shelling out a lot of money on a signal booster, try the following tips.

One cause of poor signal could be the case on your phone. Long before smartphones, some handsets had an external antenna but these days they’re all internal. Putting a case on your phone (particularly a metal one) can seriously affect the effectiveness of your device’s antennas, just as holding your phone “wrong” can, as Steve Job famously claimed, when iPhone 4 users complained during the ‘Antennagate’ fiasco.

There is some truth to Jobs’ statement, but it really falls to a combination of factors, if you’re looking to optimise your chances of gaining better reception.

Temporarily removing your phone’s case, holding your phone in such a way that you’re not obstructing the antenna lines and even going to the highest room in your home (while also facing your nearest mobile tower, if possible) can improve signal strength considerably.

Where is your nearest tower? If you’re in the UK, you can check out the Mast Data website which will show you a map with the mast locations and which networks they belong to. Interesting stuff… if you’re a geek.

Poor mobile signal? Use WiFi instead

Most UK households have fast enough broadband for WiFi calling. There’s really no difference between making a call over Skype or WhatsApp compared to what most mobile operators call ‘WiFi calling’. It’s simply a phone call that uses the internet instead of the mobile phone network. Any calls you make using WiFi calling still count towards your mobile plan’s minutes allowance.

You can check if your mobile provider offers WiFi calling, but it’s also important that your phone supports it too. If one or both turn out to be incompatible, then the obvious thing is to use a VoIP client (like Skype) instead. Skype is available for most phones and it’s completely free, so long as you’re calling another Skype user.

Chances are that the person you want to call already has a Skype account, but if not, it’s quick and easy to create one, install the app, log in and receive (or make) a phone call over WiFi.

Sometimes you can’t check if the other person has Skype or not, but luckily, the service lets you make real phone calls too. This is useful if you have poor signal and your recipient doesn’t but isn’t willing to install Skype – or it isn’t appropriate to ask them to install it; such as if you’re calling a business or customer service centre.

There are, of course, plenty of alternatives to Skype, such as WhatsApp, Facebook Messenger, Viber, Google Duo and FaceTime. All these services allow you to voice or video call using a WiFi connection, so if you’re already chatting with someone using one of those services, you can also call them over WiFi from within your app of choice.

O2 allows owners of certain handsets (most recent iPhones, Samsung, Pixel and Sony phones, as well as a handful of others, which the provider lists) to make WiFi and 4G calls without using a specific app.

EE offers WiFi calling, but only to pay monthly customers and only on certain phones.

Change to another mobile network

This may sound extreme but if you consistently experience terrible mobile signal at home, consider switching to another provider. It’s surprisingly easy to switch (you can now text to switch networks) and keeping your existing number is easy too.

In order to find out if a different network will provide a better mobile signal, you can use their respective coverage checkers. Each will tell you whether the signal will be good outdoors as well as indoors at any given UK postcode.

If you’d rather get an independent opinion on how good each operator’s signal is in your area, head to opensignal.com – there are also mobile apps for Android and iOS ( RootMetrics has its own independent coverage checker worth trying too).

There’s an even better way, however: simply request a free pay-as-you-go SIM from a provider and try it out for a month in a spare phone (or even in your main phone). Sure, it’s going to cost you a few quid, but this is a small price to pay to find out which network offers strong mobile coverage in your area.

Most SIMs are now all-in-one, so you pop out the size you need for your phone. You’ll have to use the SIM’s new phone number for the trial, but at least you will have a good idea of whether the coverage is significantly better than your old provider or not.

If not, try another provider until you find one with the best signal.

If you don’t want to change networks and can’t rely on WiFi calling, then a signal booster could help.

These are also known as ‘femtocells’, however, be very careful what you buy. As you’ll find on Ofcom’s website, most signal boosters are illegal to use.

You can approach your mobile provider and ask if they will supply (or sell you) a booster/repeater, but we’ve found that unless you’re a customer on a monthly contract, they tend not to be very helpful. If you do end up having to pay for a booster out of your own pocket, they can cost from £70 up to as much as £600 and there are no guarantees that they will solve your problem.

If you do proceed down this route, we recommend you go with the option offered by your network operator rather than buying a box from a third party. Just because a website is called “o2signalbooster.co.uk” does not mean it is the official supplier for O2 signal boosters. Plus, you might not be able to return it to such sites for a refund.

Here are the links so you can find out more about the options offered by three of the four main UK networks:

Most of these devices create a mobile signal by using your home broadband, while others repeat/amplify a weak signal.

With the rise in support for WiFi calling and improved network coverage, Vodafone stopped its Boostbox service in September 2021 and as such, no longer sells them; only providing support for existing customers.

EE will also close its Signal Box service on 30 June 2022. All existing boxes will stop working on this date.

Make your own mobile network

Depending on your needs, one final (and slightly unorthodox) option is the goTenna Mesh. These portable devices are designed primarily for hiking but will work anywhere with poor signal, and let you create a mini mesh network to communicate.

Sold in packs of two, four or eight, you simply pair each goTenna to a phone over Bluetooth and can then send encrypted messages (though not voice calls) between devices, as long as they’re in range – up to four miles in open terrain, and half a mile or so in busier urban environments. You can also use the devices to create a relay, extending the range with each one.

Obviously, this won’t be the ideal solution for everyone with low signal, but it could be perfect for people who want to reliably contact friends and family who live near them in the countryside or other low signal areas; that or anyone hoping to plan for a visit to a low-signal area, such as a hiking trip or festival weekend. You can buy a pack directly from goTenna.