Samsung’s Galaxy Note 8 is now on sale, a phone that goes big on the screen and features but not so much on the battery. For that we’re thankful, as this is one hot new piece of tech we’d rather see stay in one piece – let’s just hope consumers are willing to forgive and forget.

It would appear that they are, if Samsung’s claims about early Note 8 sales are anything to go by. “The Galaxy Note 8… sold in record numbers over its first weekend on general sale, making it our most successful Note device launch to date,” said Conor Pierce, Samsung’s VP of Mobile.

The rumours we’ve been telling you about for months now all turned out to be true: the Galaxy Note 8 is Samsung’s first flagship to feature a dual-camera, and also goes one up on the Galaxy S8 Plus with a slightly larger Infinity Display and an enhanced for 2017 S Pen stylus.

Its sheer power is without question, with a Qualcomm Snapdragon 835 processor and 6GB of RAM hiding inside, but this beast is a beauty inside and out. The new Infinity Display with a Quad-HD+ Super AMOLED panel is not only gorgeous, but its Always-on display feature supports new S Pen functionality such as the pinning- and editing of notes.

One thing that won’t please Samsung critics, though, is the fingerprint scanner, which remains in an awkward position beside the camera at the rear – at least now separated with the flash and heart-rate scanner. But those who have followed the company over the past few years might take some relief from the fact it continues to offer microSD support and is IP68-rated waterproof. There’s a headphone jack too, which is handy.

SamMobile first reported, via its forums, that some Note 8 units are dying – completely – if they reach 0% charge. Users reported that after plugging in their chargers on their empty phones, nothing happened.

It reported that Samsung was replacing these oddly bricked units, but with refurbished models. With no sign as to whether this is a hardware or software problem, be sure to contact Samsung if it’s affecting you, and dig out that warranty.

When is the Galaxy Note 8 coming out?

Announced on 23 August, Note 8 is available to buy now. We’ve rounded up some of the best Note 8 deals, but  buying the Note 8 SIM-free is still the cheapest way to buy it.

Check out the best protective cases for the Note 8, and the best Note 8 accessories.

How much does the Galaxy Note 8 cost in the UK?

Unfortunately, the other rumour that turned out to be true was the price: £869 SIM-free. It’s a good thing Samsung phones don’t tend to hold their RRPs for long, as this one will hit your pocket hard.

New features in the Galaxy Note 8

There are four key new features in the Note 8 for 2017, with a new Infinity Display (as seen earlier this year with the Galaxy S8), a new dual-camera, an enhanced S Pen, and Bixby. Let’s look at these in greater detail.

It’s bigger than ever at 6.3in, but dual-curved edges and a minimal screen bezel make the Galaxy Note 8’s display seem quite manageable. This is an Infinity Display, just like that implemented earlier this year on the Galaxy S8 and Galaxy S8 Plus. It uses an 18:9 aspect ratio to offer more space for the things you want to do. The screen-to-body ratio is crazy-high, but sadly that does mean the fingerprint scanner has been relegated to the rear.

This is a Super AMOLED display, in common with previous Samsung handsets. It excels in providing the type of warm, saturated colours that put a smile on your face, while maxing out brightness and contrast with super-whites and ultra blacks. Viewing angles are exemplary, and the screen is incredibly sharp thanks to a Quad HD+ resolution.

The Note 8 has all the usual ‘Edge’ features, but adds one more with Edge Pair. This lets you pin two apps to the Edge panel, making it easier to launch the two at once.

There’s protective Gorilla Glass 5, but this is still one display you won’t want to break. iFixit has taken apart the Galaxy Note 8 and found it will be difficult to repair given that all access is through the glass rear, so to replace the screen you would have to remove both pieces of glass. It gave the Note 8 a repairability score of just 4/10.

Samsung has held out on the current dual-camera craze for a suspiciously long time, but that seems to have paid off as it claims it is its best camera ever. At the rear you get two 12Mp lenses, one wide-angle and one telephoto, and both support optical image stabilisation.

With two cameras you are able to control the depth of field both before and after the event, thereby creating a ‘bokeh’ effect. Or you can pair the two to take two slightly different images at once – one close up, the other not so much.

The S Pen stylus is now more intelligent than ever. It has the usual refinements, such as a finer tip and improved pressure sensitivity, but it’s the new functionality that is most interesting.

With Live Message you can now use the S Pen for sharing animated texts and drawings. You can also interact with the Always-on display in new ways – taking, editing and pinning notes.

If you’re traveling abroad the S Pen can now translate entire sentences in up to 71 languages, and it can convert units and currencies.

Bixby is Samsung’s AI assistant, akin to Google’s Assistant (which is also available on the Note 8). Bixby offers a new mode of interacting with the Note 8 – rather than a touchscreen you use your voice, and with largely natural language. You should be able to ask it questions and give it tasks.

Until now it’s been difficult to see how useful Bixby will actually be to Samsung customers, given that although it is a feature of the Galaxy S8 Bixby Voice became available in the UK only yesterday (22 August).

Will the Note 8 explode?

Samsung has taken steps to ensure we don’t see a repeat of the troubles that afflicted the Galaxy Note 7. It says the Note 8 battery has completed Samsung’s 8-Point Battery Safety Check, which is the most rigorous in the industry.

Sajeev Jesudas, President of UL International, says: “We have been closely working with Samsung to make meaningful advancements in the science of smartphone quality and safety evaluation. As a result, the Galaxy Note 8 has successfully completed a rigorous series of device and battery safety compatibility test protocols. We look forward to maintaining our strategic relationship with Samsung and helping ensure device safety for all consumers.” 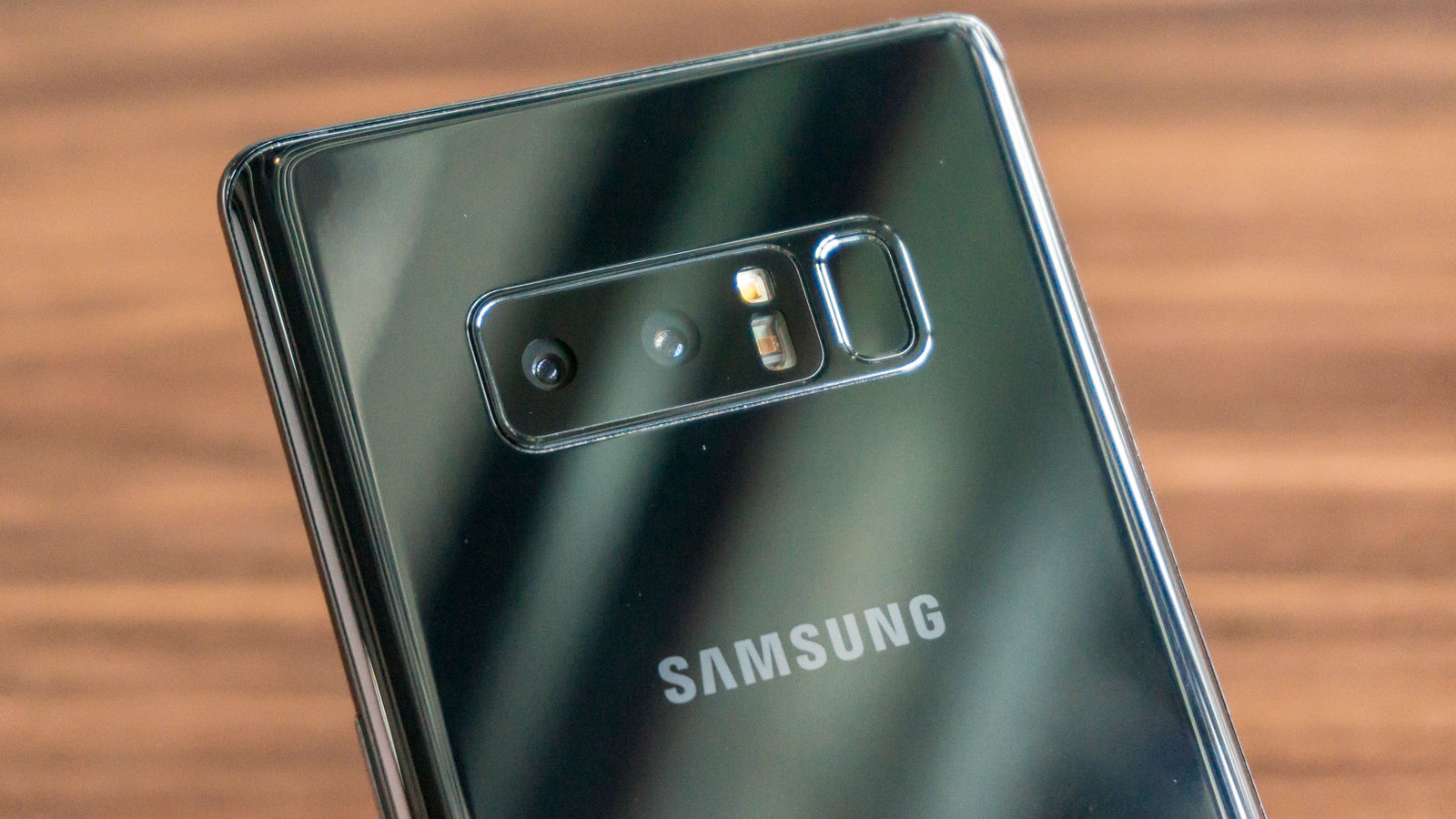 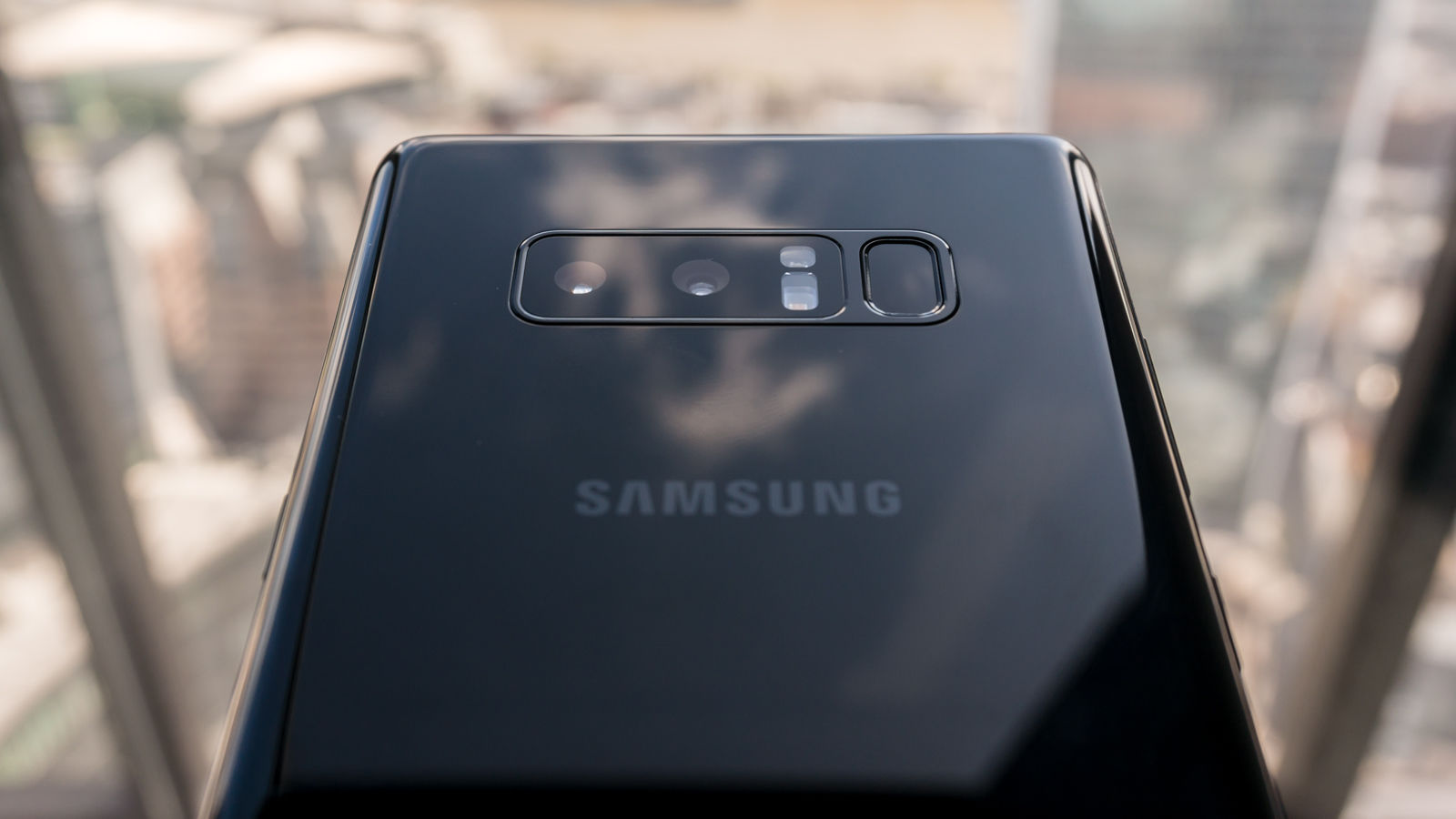 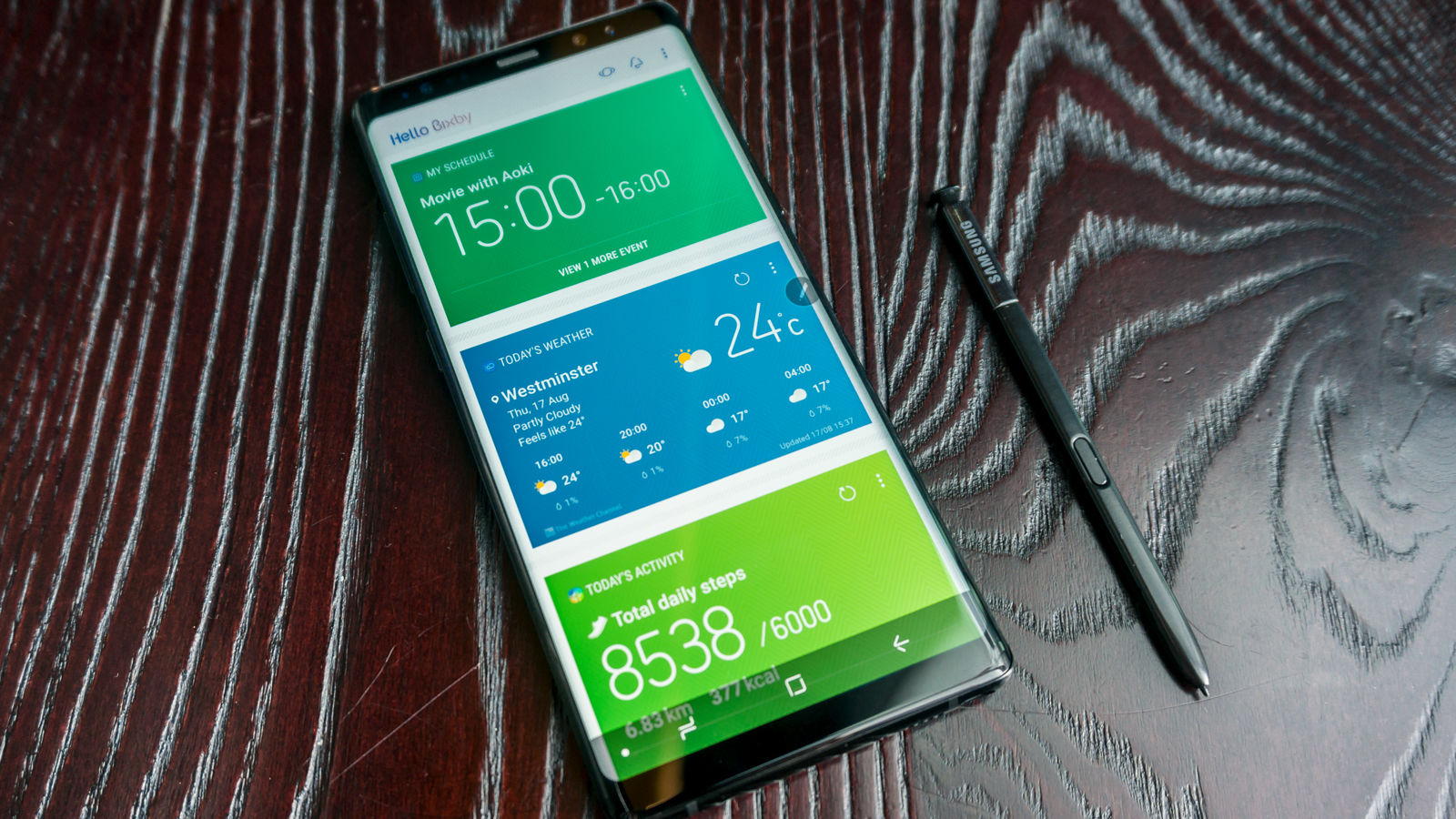 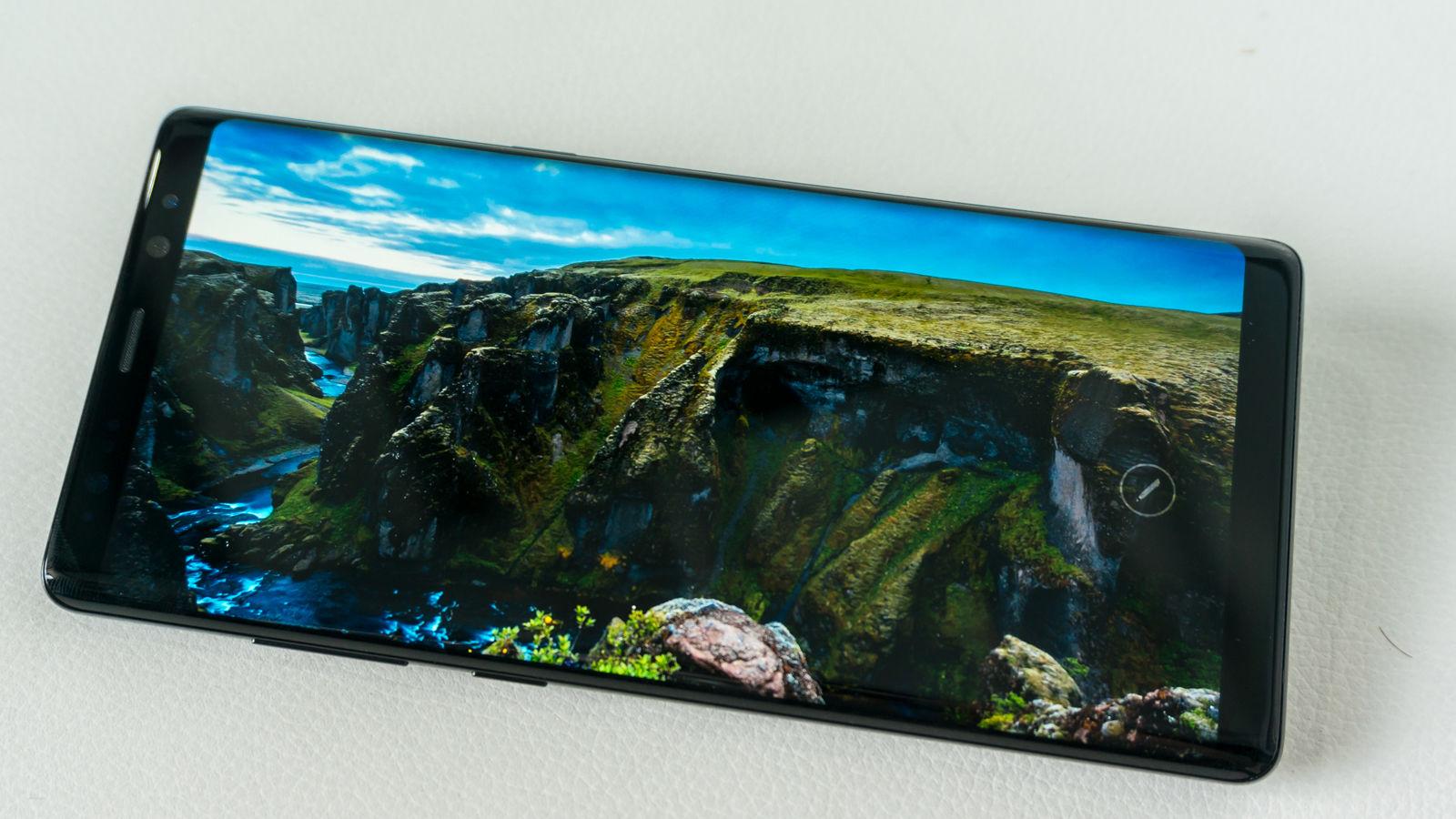 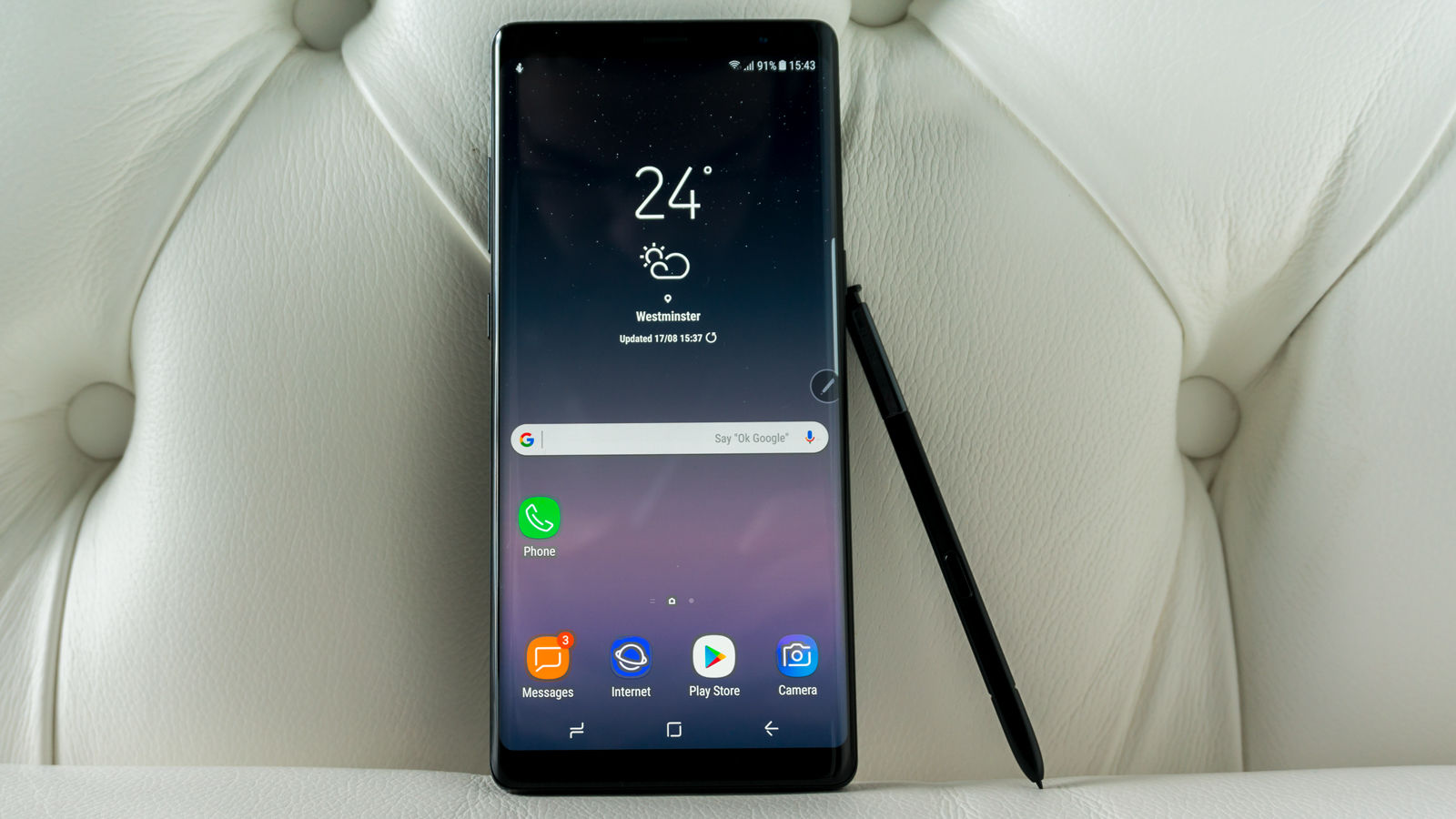 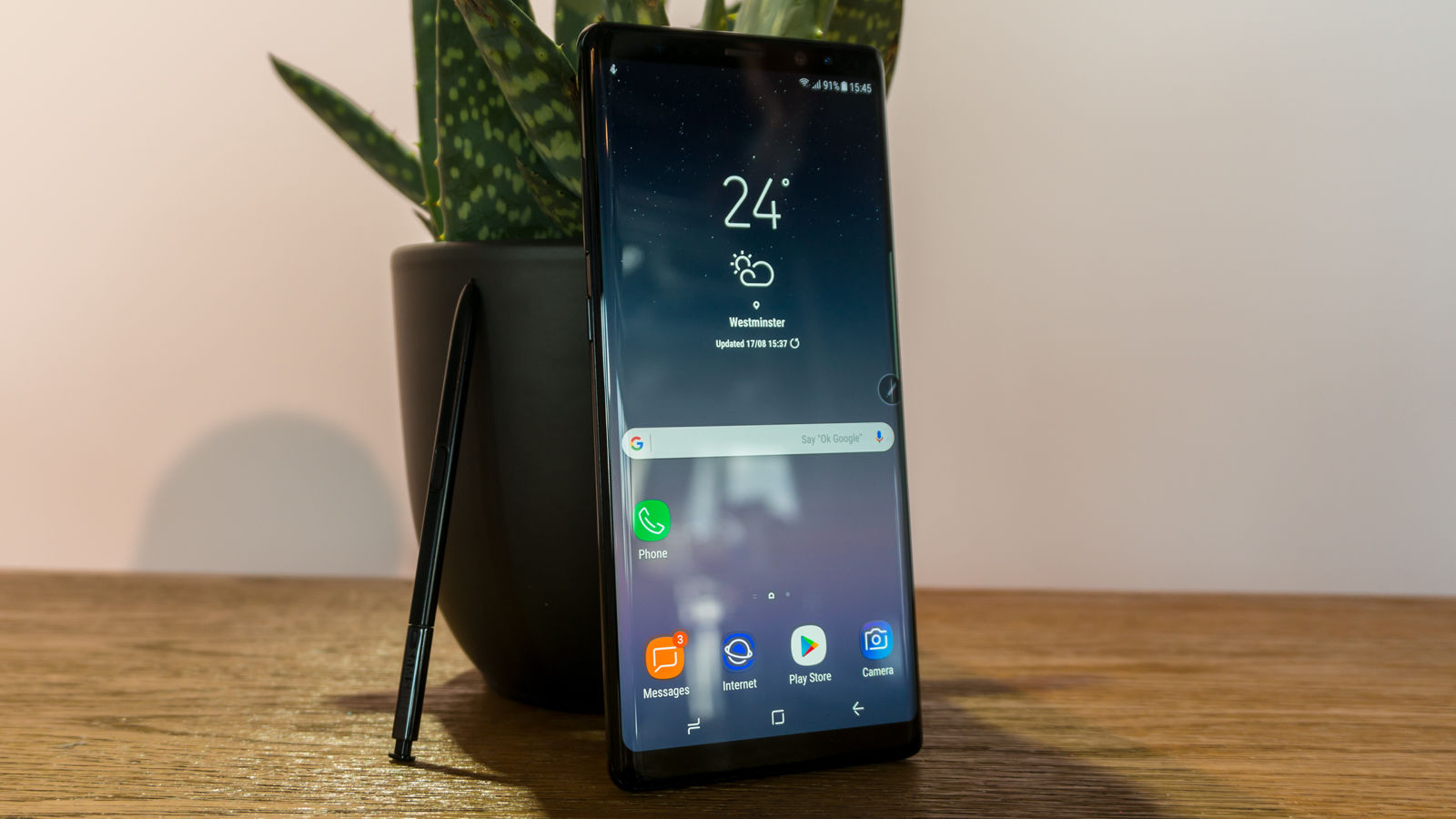 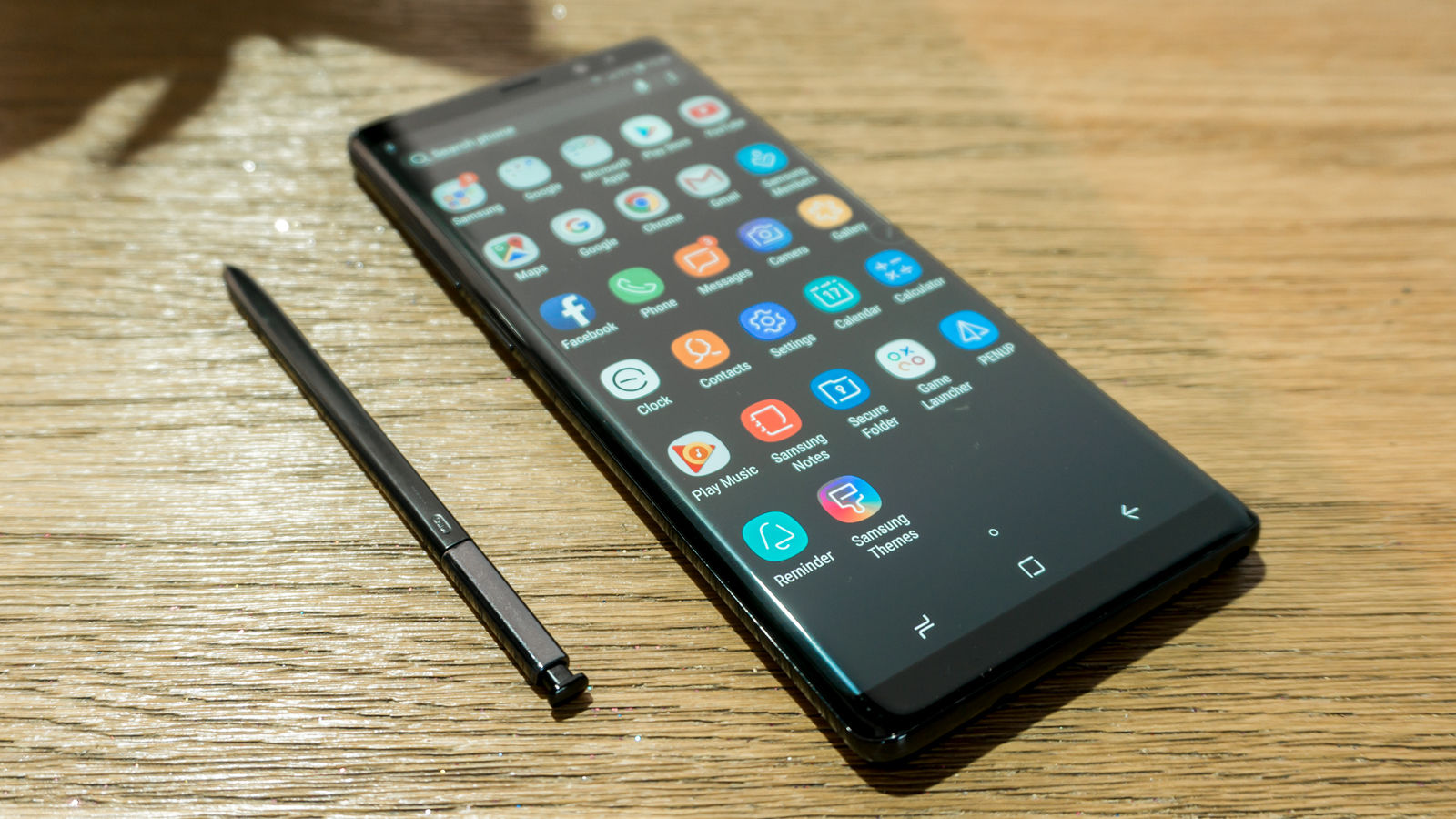 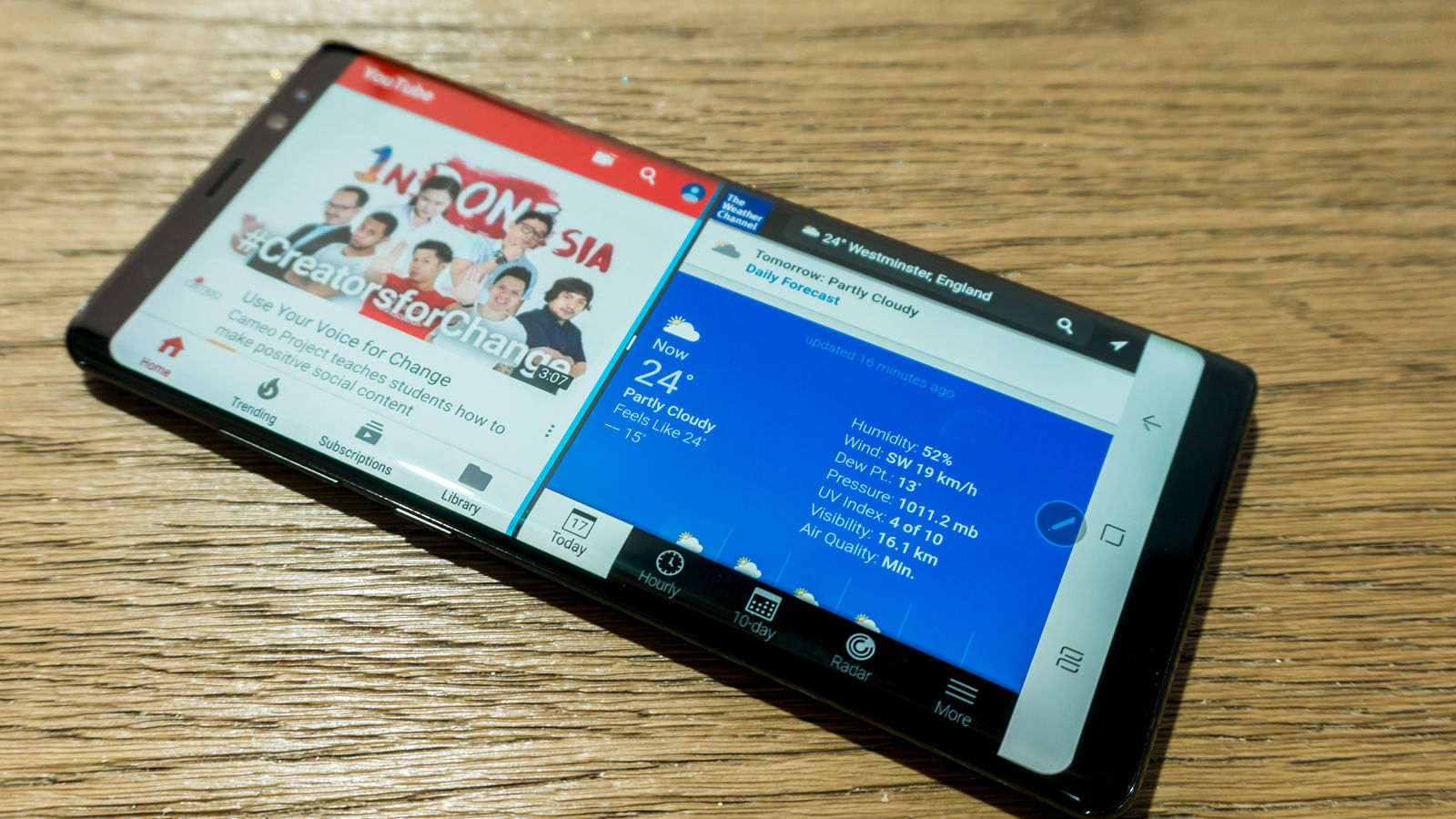 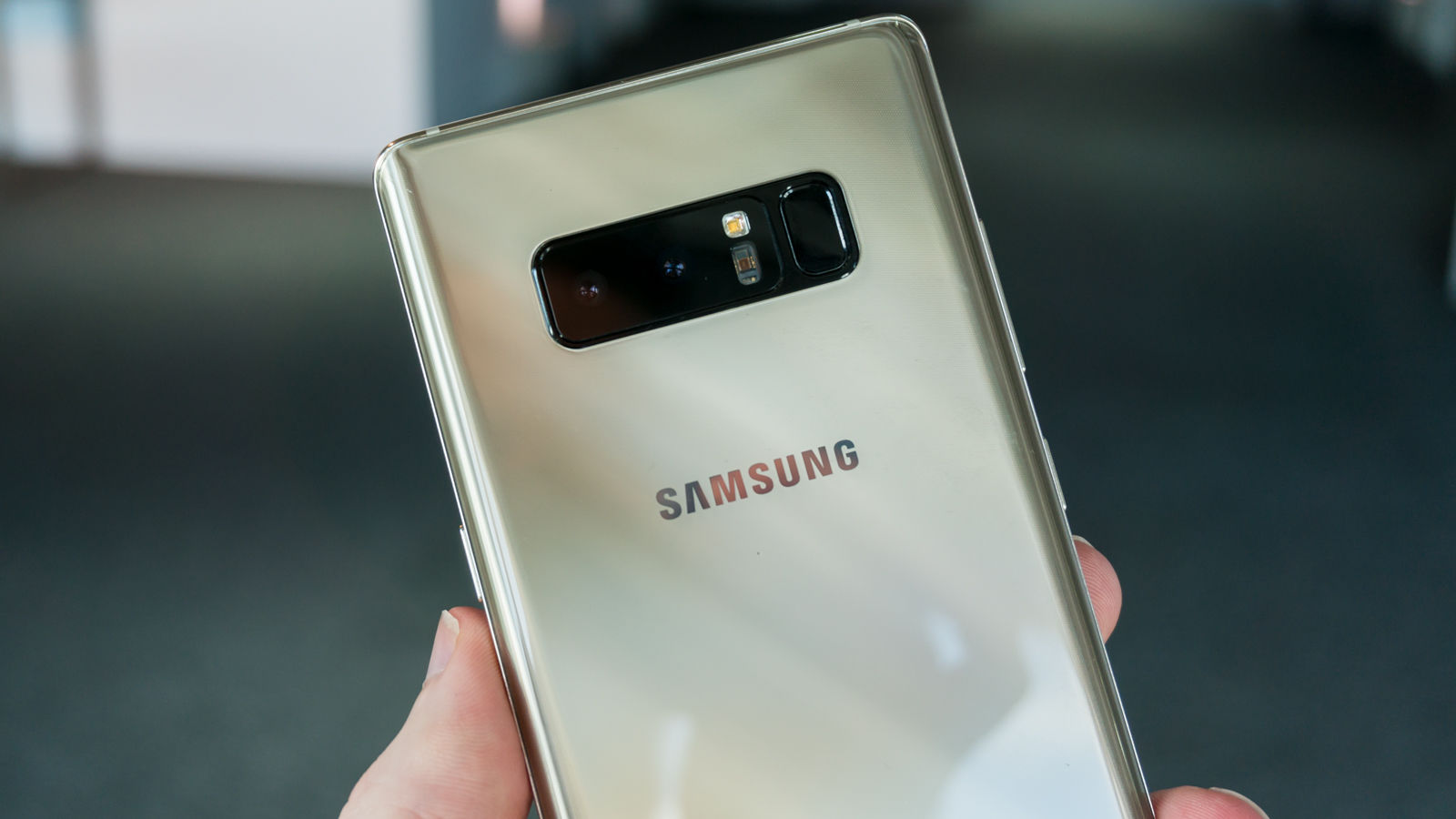 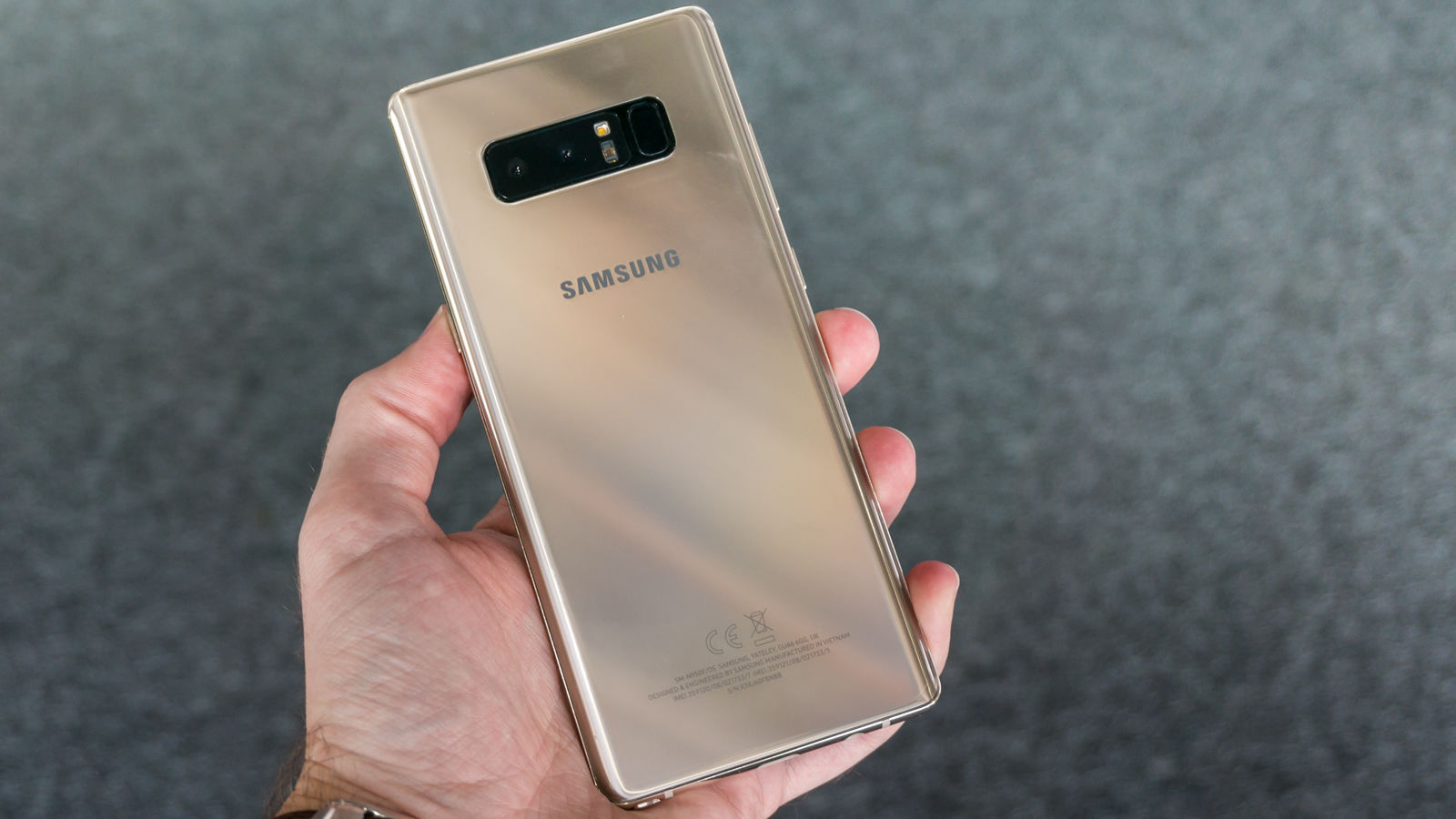 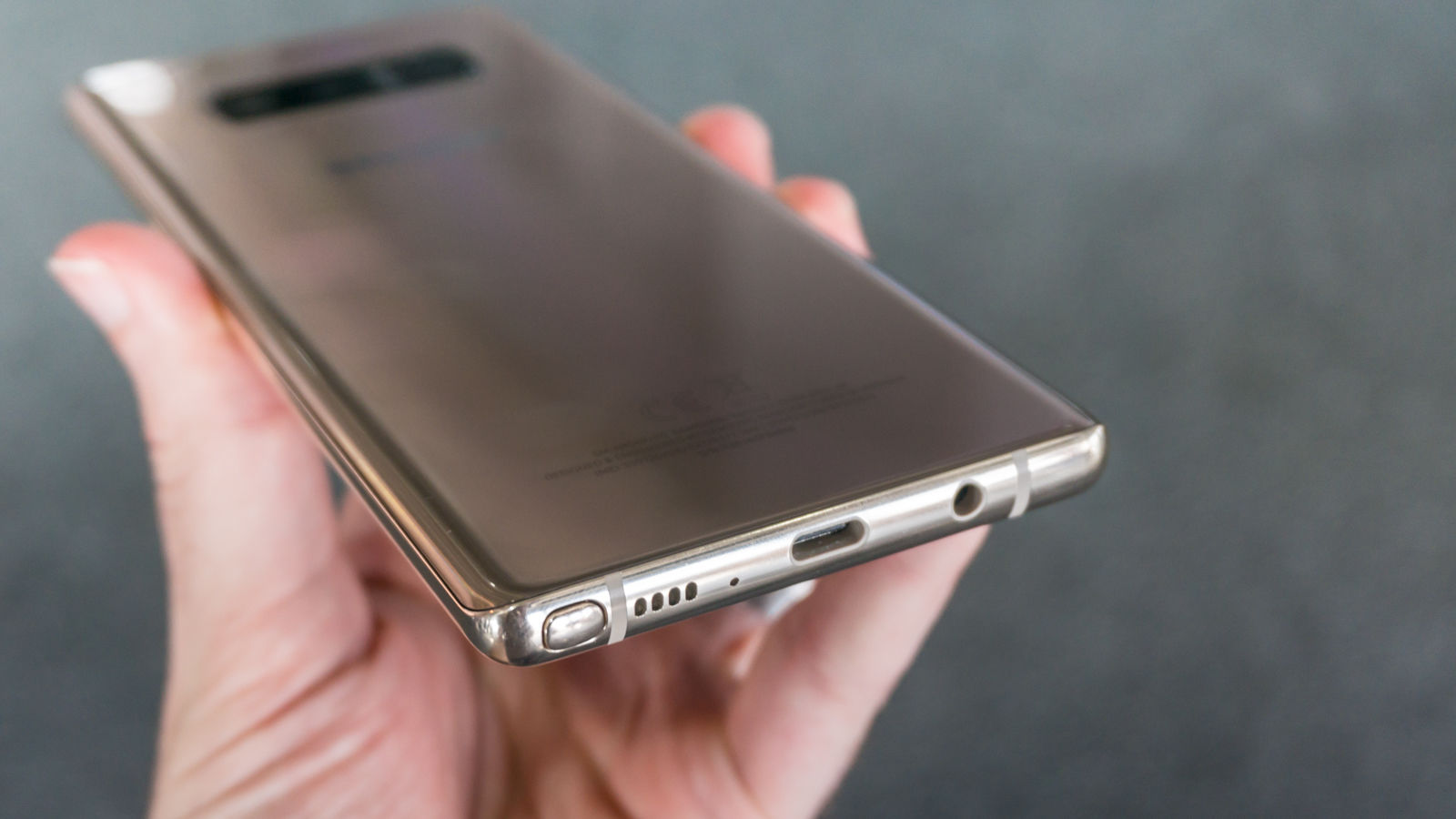 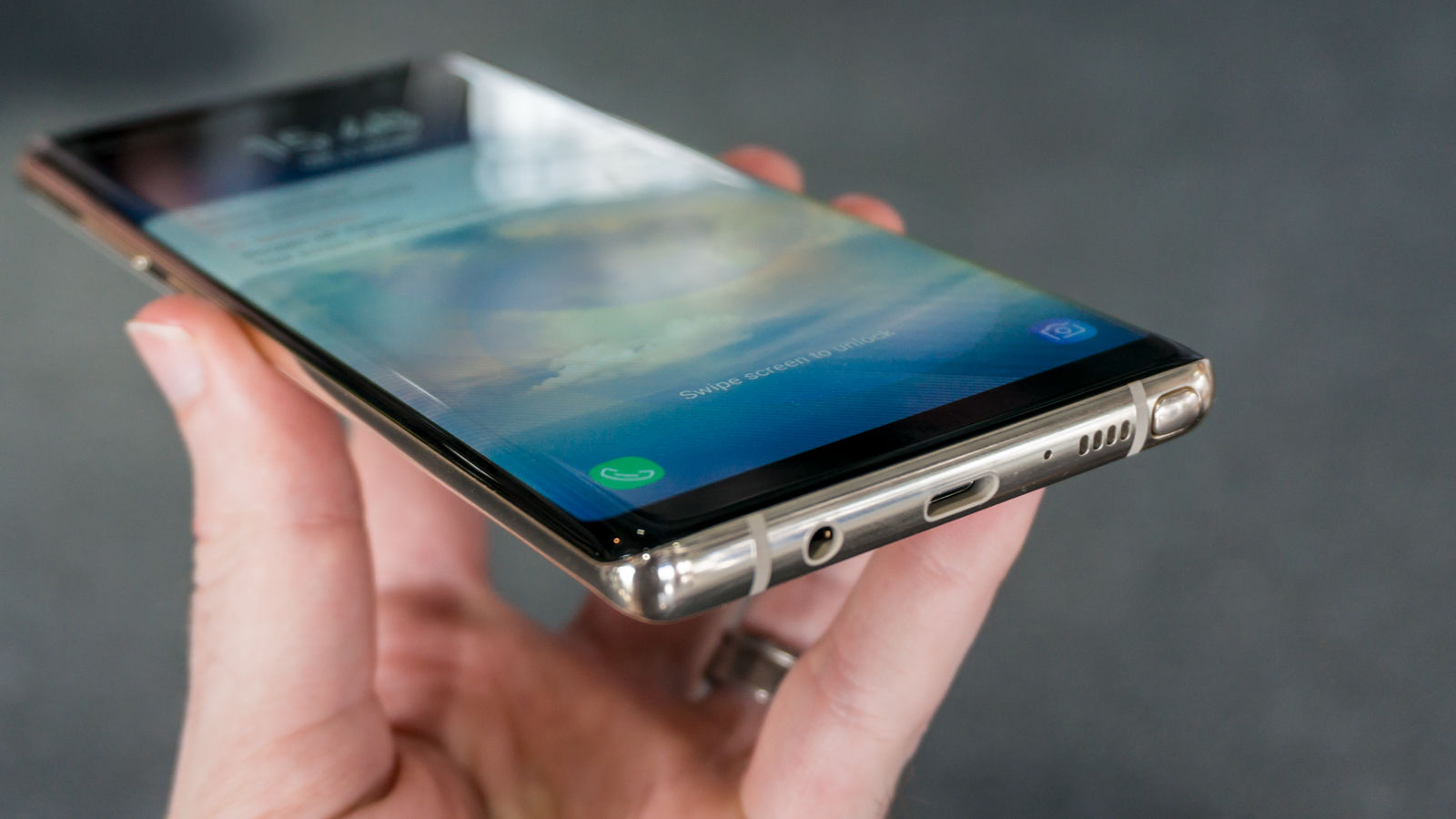 Previously the Note family has been differentiated from the S series through its larger screen, increased performance, longer battery life and S Pen stylus. In 2017 the Note 8 is not thought to be a great deal faster than the Galaxy S8 and S8 Plus – it has the same processor but an extra 2GB of RAM – and battery life is unlikely to be much different given the problems with the Note 7.

However, the Note 8 will continue to be differentiated with the enhanced S Pen stylus, and though the screen won’t be much larger than the 6.2in Galaxy S8 Plus it should feel considerably larger than the 5.8in Galaxy S8 at 6.3in. It will look very slightly different with more square-ish corners, too.

Also new to the Galaxy Note 8 is a dual-camera – and for the first time on a Samsung flagship phone.

Read more about the differences in the upcoming Note 8 and already available Galaxy S8 here.