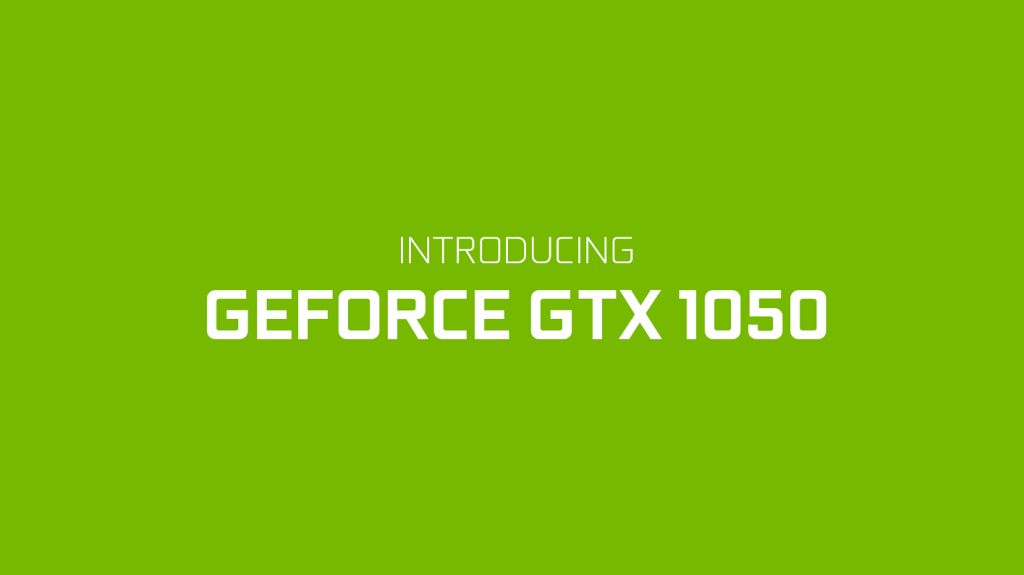 Update 2 December: According to a Digitimes report, Nvidia GTX 1050 GPUs are ready for gaming laptops and will be shown off at CES 2017 in January. This will no doubt create a price war on gaming laptops, so if you’re planning to buy a gaming laptop and have a tight budget, it’s well worth waiting for these to appear on shelves. The report says, “Asustek Computer, Gigabyte Technology, Micro-Star International (MSI) and Lenovo are all planning to showcase their latest gaming notebooks using Intel’s new processors and Nvidia’s new GPUs at CES 2017. Motherboard players are also expected to unveil their 200 series motherboards and mini PC products during the show.” 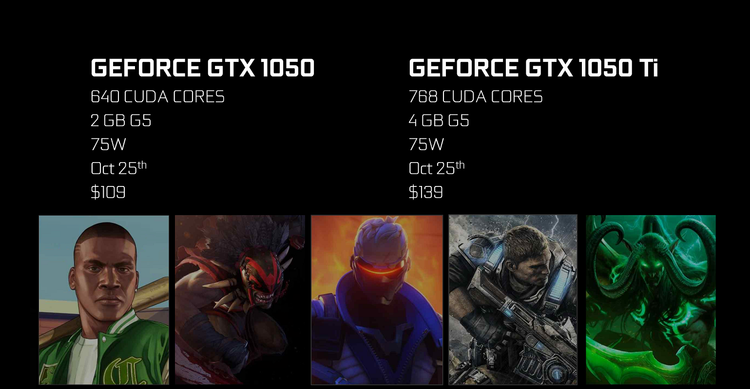 Both GTX 1050 and GTX 1050 Ti were available globally on 25 October 2016. The cards are available through various retailers in the UK, such as: Amazon,  Overclockers UK, Box.co.uk, Scan and  Ebuyer.

Unlike the other cards in the range, the GTX 1050 won’t be available as a Founders Edition card and will only be available through partners and system builders, such as Acer, Alienware, ASUS, EVGA, Gigabyte, HP, Lenovo, MSI, Origin, Razer, Sager and XMG. Also see: AMD RX 480, 470, 460 UK release date, price, features and specification.

Both the GTX 1050 and GTX 1050 Ti will have 14nm Pascal chips that are produced by Samsung – interestingly enough, Nvidia has decided to not use the same manufacturing process as the rest of the GTX 10xx line, whereby it no longer uses a TSMC 16nm FinFET process. 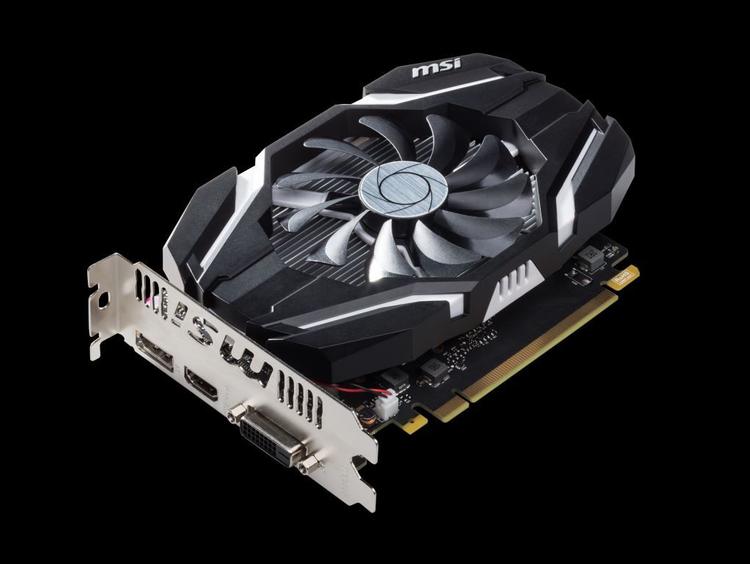 The cards come in only one configuration and don’t require additional power from the PSU to work. This means that just like the AMD RX460, the new Nvidia budget cards run on a single PCIe slot from the motherboard. This means that they only require 75W of power – meaning a 300W PSU should be sufficient to run your entire PC gaming rig! 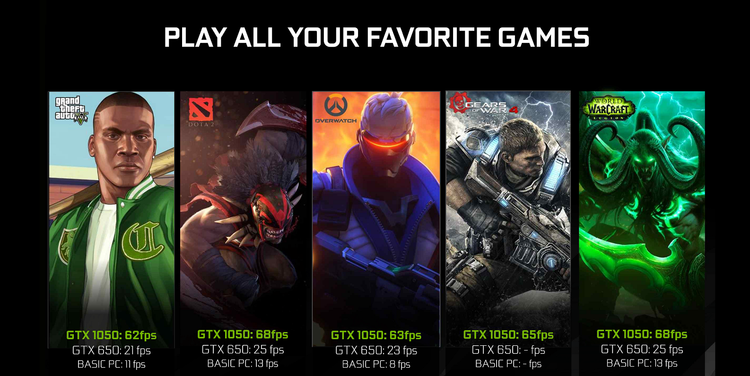 Nevertheless, some of Nvidia’s partners are set to release a 1x 6-pin or 1x 8-pin PSU connector variant, which will allow users to further overclock their GTX 1050 Ti and GTX 1050 cards.

The cards do not support Nvidia’s SLI technology, meaning you can only run one at a time. On the other hand, the cards do support G-Sync, a welcome addition to those who have G-Sync enabled monitors.

The cards also use GDDR5 and not GDDR5X – this is to be expected, given only the GTX 1080 uses GDDR5X memory.

In terms of form factor, Nvidia’s partners are producing small-form factor cards, with others opting to have a dual-fan design – both cards are set to be two-slot cards, but we expect single slot models to be produced down the line.

It will be up to Nvidia’s partners to include different connectors on the card – but Nvidia made it clear that their reference board is capable of outputting every signal.

Unfortunately, there is no news on the GTX 1050’s being available in laptops just yet. See also:  Best graphics cards 2016.

In order to see how all the numbers stack up, here’s a comparison to other Nvidia cards:

We do not currently have benchmark data to share, but we figure that the GTX 1050 Ti is a faster card. The GTX 1050 Ti also features two extra gigabytes of VRAM – this is very important to those who will use the game for more visually intense games.

Given the small price difference between the two cards, we expect the GTX 1050 Ti to be the more popular card, as an extra 2GB VRAM can go a long way in games.

We expect both cards to be used in full-HD 1080p setups, with 1440p and 4K gaming to be out of the question, unless you favour sub 20fps gaming (definitely not recommended). 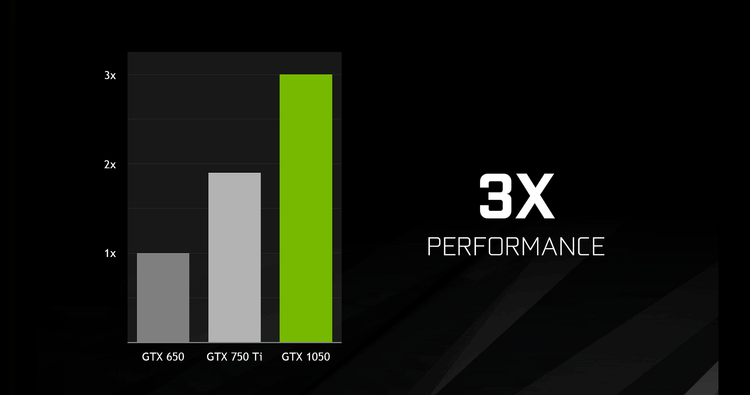 The cards both run on the Pascal architecture, which give the cards great power efficiency and low heat output. Despite Pascal being made VR-ready, we don’t expect either of the cards to be build for VR, given their specifications.

However, we do expect  Nvidia Ansel to be available to gamers. The tool provides a way of editing and viewing different angles of your in-game screenshot. It even has the ability to take full 360 VR screenshots – an exciting prospect for a selection of games which will have full support for Ansel.

We feel that both cards will be ideal to most, with Nvidia wanting to make the upgrade process extremely simple for inexperienced users. See also:  How to build a gaming PC | How to upgrade your graphics card. 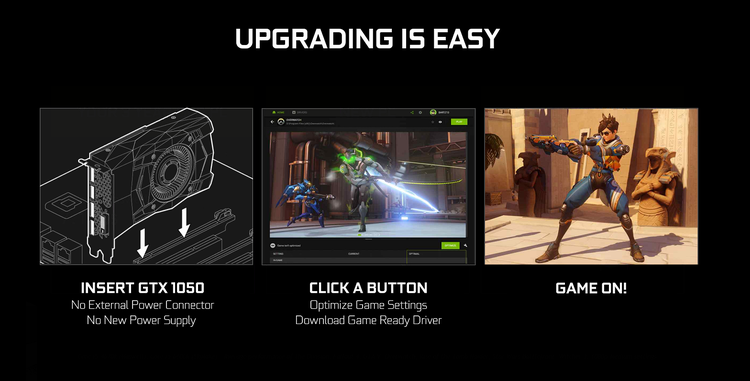