A year after Sony released an amped-up version of the PS4 in the PS4 Pro, Microsoft released the  Xbox One S‘ bigger brother: the Xbox One X.

Here, we discuss all we know about the One X – formerly known as Project Scorpio – including the top deals, and some of the key features that you can expect from the high-end console, including  full specs. Also read our Xbox One X review, including hands-on video.

When is the Xbox One X release date?

Following months of waiting, the Xbox One X is now available to buy following a 7 November 2017 release date.

How much does the Xbox One X cost?

Where to buy the Xbox One X

Microsoft announced the launch of pre-orders in August 2017, but only for the limited edition ‘Project Scorpio Edition’ of the console, which includes an exclusive vertical stand and has ‘Project Scorpio’ inscribed on both the console and the included controller. Unsurprisingly, it sold out almost immediately.

If you’re looking to pick up an Xbox One X in the UK, head to GAME, Amazon, Argos and the official store; in the US check out GameStop, Best Buy, Amazon, and the Microsoft store.

One of the most impressive elements of the Xbox One X is the design – Microsoft has managed to cram an awful lot of hardware into what it claims is the smallest Xbox ever.

The sleek black box is even smaller than the Xbox One S, despite packing in considerable more powerful specs. It boasts a simple matte finish, with the now familiar Xbox grill effect at the end, and has a slight lip from the larger top half.

Along with the power socket, there’s both HDMI in and out, three USB 3.0 ports (one at the front), along with IR, optical sound, and ethernet. It also includes both Bluetooth and Wi-Fi for wireless functionality. 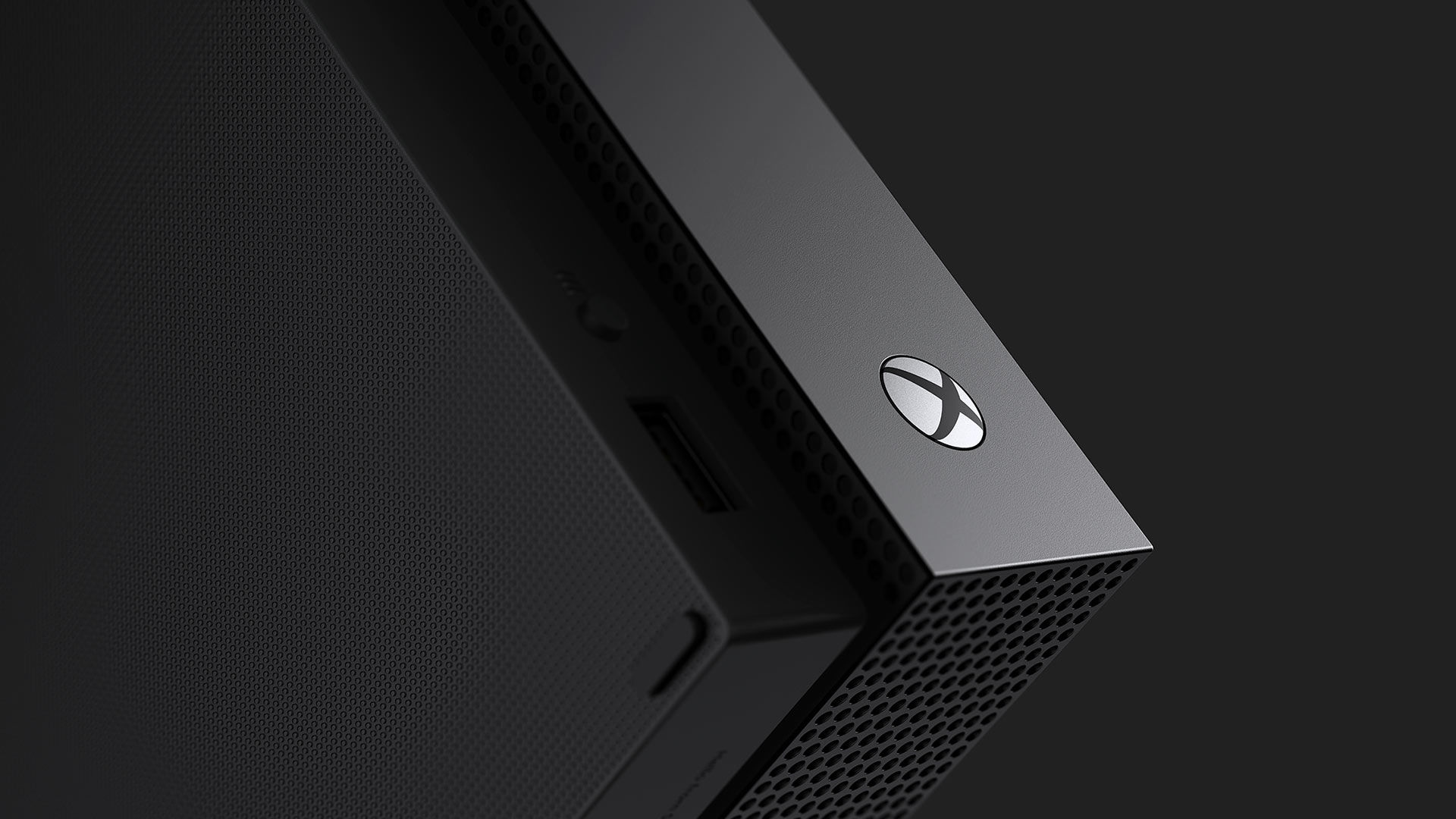 What are the specs and features?

In an almost unprecedented step for a modern console, Microsoft fully revealed the Xbox One X’s specs to Eurogamer’s Digital Foundry months ahead of the console’s release, so we know exactly what the console features.

First up, let’s talk CPU. The One X boasts a custom-built eight-core CPU, with each core clocked at 2.3GHz. That’s similar to the octa-core setup in the PS4 Pro, but that only runs at 2.1GHz – and it’s miles ahead of the 1.75GHz CPU in the original Xbox One.

That’s an exciting step up, and it’s needed to drive the biggest hardware change here: the GPU. The entirely custom AMD chip boasts 40 compute units each running at 1172MHz – dramatically faster than the 911MHz the PS4 can manage across its 36 units. Microsoft has lived up to its promise to offer six teraflops of GPU power.

That’s all with the aim of running smooth, consistent 4K, which requires plenty of bandwidth elsewhere. To that end, the One X has 12GB of GDDR5 (versus 8GB in the PS4 Pro), with a total memory bandwidth of 326GB/s (218GB/s on the PS4 Pro), with 9GB dedicated to games and 3GB for the system. 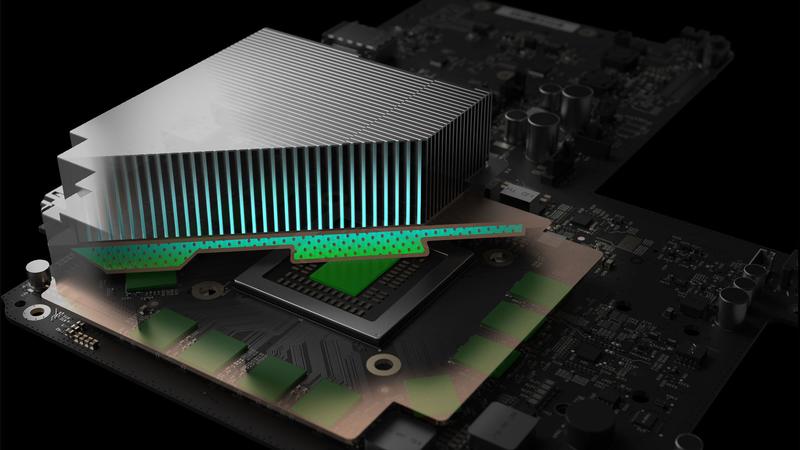 All of that extra power means extra heat, and the One X has opted for a console cooling first: in line with high-end PC graphics chips like the GTX 1080, the Scorpio boasts a vapour chamber heat sink, which in turn required a custom fan – all in the name of packing in enough cooling to run the high-power console in a compact form factor.

Meanwhile the sound is impressive true – it boasts 5.1 surround sound driven by Dolby Atmos, so your games should sound as good as they look.

What’s clear from across these specs is that not only does the One X improve on the original Xbox One S in almost every regard, it also exceeds the specifications of the PS4 Pro in just about every area. Whatever else you say about it, this does indeed look like the most powerful console on the market – by a comfortable margin.

If you’re not sure about whether you should buy it over the PS4 Pro, Microsoft has addressed the issue directly.

“Well, I’d say if you want true 4K gaming, it requires 6TFLOPs of power, we have 43% more graphical power, over 60% more memory we make available to developers,” said Microsoft’s Aaron Greenberg to EPN.tv.

“But the most important thing is, whether you’re a hockey fan, a racing fan, an RPG fan, whatever game you want to play, it will look and play better on the Xbox One X, because we bring significantly more power to the table.”

The company has made much of the console’s 4K capabilities, and showed them off in Forza Motorsport 7 at E3 2017, which it claimed was running in true 4K (including 4K assets) at a locked 60fps – a claim borne out by Digital Foundry’s time with the hardware earlier in the year: 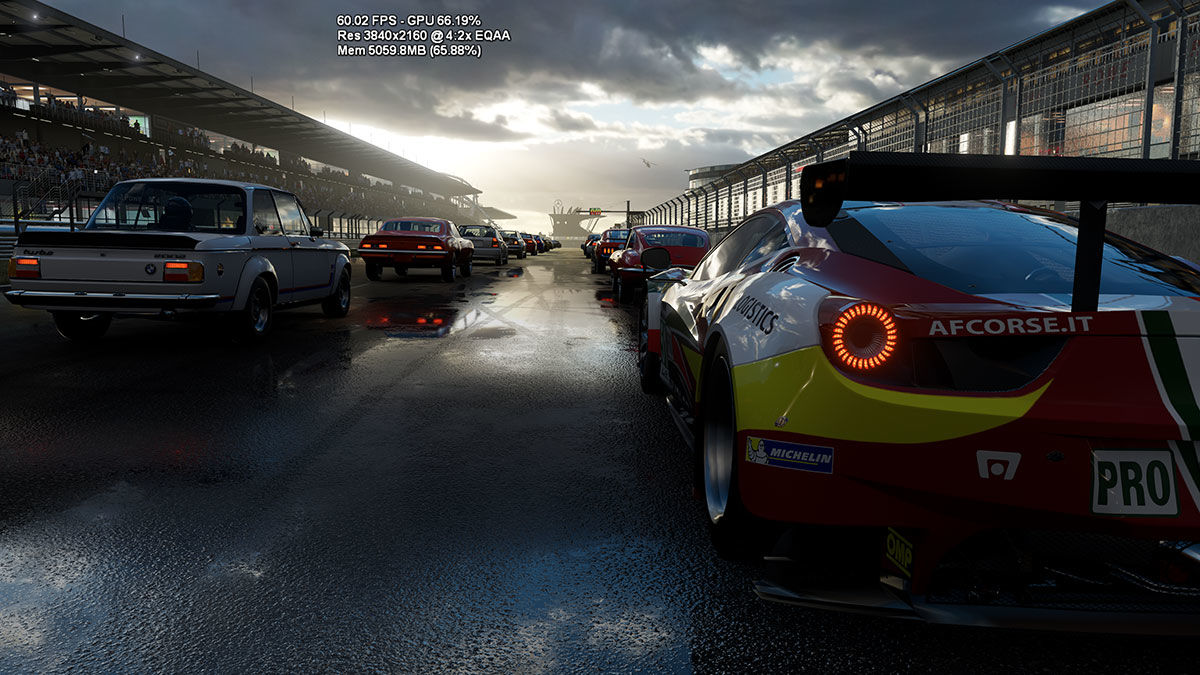 Of course, this is a single first-party demo, perfectly optimised, but it shows off one of Microsoft’s major goals for the One X: to produce native 4K at 60fps with overhead to spare.

Microsoft has also reportedly mandated that all Xbox One X titles should run at the same frame rate or higher than the standard Xbox One – so don’t worry about 4K impacting frame rates – and even those with 1080p displays will see some benefit, as they can set the console to render in 4K and supersample down to 1080p.

No matter what display you use, you’ll also have the option of performance modes that output at lower resolutions to preserve framerate, though if Microsoft has pulled off what it says it has, you might never need it.

Take a look at the below Gears of War 4 gameplay trailer, which showcases the 4K HDR graphical output of the upcoming console.

While it wasn’t announced as a feature at launch, Xbox One X gamers have been requesting 1440p support for some time – and it seems Microsoft is happy to oblige. One of the biggest charms of the Xbox One X is supersampling, which uses the additional horsepower of the console to provide improved graphics and gameplay when played on Full HD (1080p) displays rather than 4K displays.

The issue is that up until now, the One X scaled down to 1080p exclusively, meaning those with the higher-res displays are left to play at a lower resolution. But, according to a tweet from program manager Kevin Gammill, 1440p support should arrive for Xbox One X (and One S!) owners in the coming months.

While we had previously speculated about virtual reality support for Project Scorpio, Microsoft took to the stage at GDC 2017 and officially announced that mixed reality experiences are coming to not only the Xbox One X, but possibly even the standard Xbox One in 2018.

For those that are unsure of what mixed reality is, you’re not alone, as different companies use it to describe different concepts. Microsoft’s definition is a mix of virtual and augmented reality: an experience that mixes the real world with digital information, like playing Minecraft on your living room table or seeing the representation of in-game characters beyond the borders of your TV.

Which games will be available for it?

At Gamescom 2017 Microsoft announced a list of over 100 existing and upcoming Xbox One games that will receive free patches to support enhanced features on the console, and that list has since risen to over 130.

That includes a number of upcoming titles with full 4K assets to maximise the benefits of the One X, including the likes of Forza 7, Crackdown 3, State of Decay 2, and Sea of Thieves.

Some older games will also be patched with specific Xbox One X support to run better on the new hardware, and will carry a new ‘Xbox One X Enhanced’ logo, including Gears of War 4, Killer Instinct, Minecraft, Forza Horizon 3 and Halo Wars 2, and third-party titles from Final Fantasy 15 to Resident Evil 7.

The Xbox One X also offers support for the entire Xbox One library, with every game running with the full power of the hardware, which allows for 4K resolutions, faster load times, better frame rates, and more. Games patched for specific One X support should see more dramatic improvements, but every game will see some benefit.