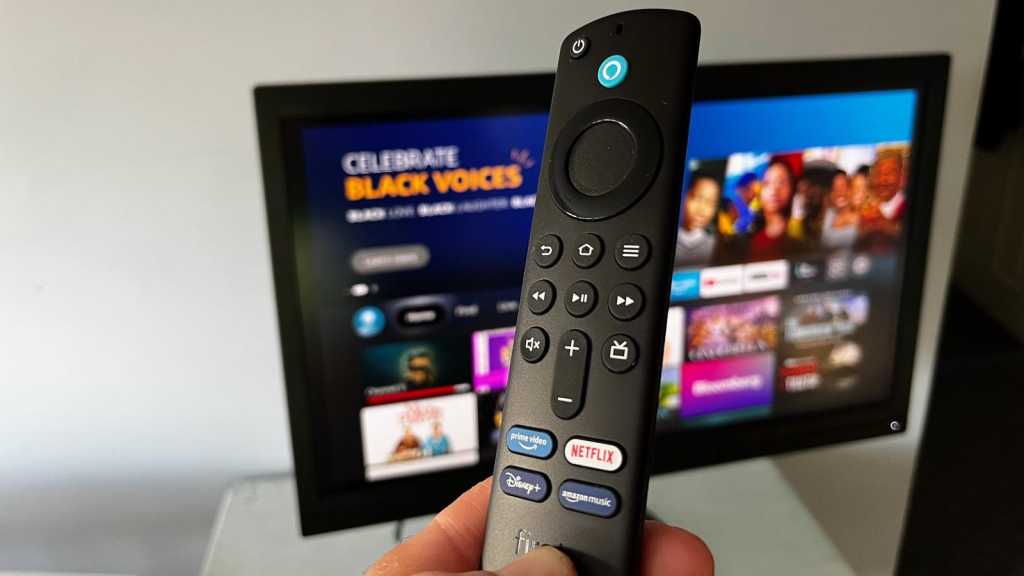 Amazon’s Fire TV Stick is popular for good reason. It’s cheap and a great way to watch Amazon Prime Video, Netflix, Disney+, YouTube and other streaming services on your TV. But you might find you can’t access a certain video or service – such as iPlayer – because you’re not in the right region.

That’s where VPNs come in. They can change your location to just about anywhere in the world, letting you watch blocked videos by getting around those annoying geographical restrictions.

Do bear in mind you’ll still need a valid subscription to paid services such as Netflix to watch videos not normally available in your location. And with some services, such as Amazon Prime Video, you might find you’re still restricted to the region in which your account is registered.

But before you jump to the instructions below, you need to choose a VPN service. We can help there, too, as we’ve rounded up the best VPN services for the Fire TV.

They cost about the same as a cup of coffee per month, and while there are a few free VPNs, you’ll find they’re no good for unblocking video. Either there won’t be a server in the country you need, or you’ll be limited to a certain amount of data per day or month, which typically won’t be enough for much video.

The other popular use for a VPN on a Fire TV is to run Kodi as it hides your identity and activity as well as unblocking add-ons. You should be aware that watching content from a country in which you do not live is technically against the terms and conditions of most streaming services and, naturally, we don’t condone watching copyrighted content for free when you should be paying for it.

Using a VPN on a Fire TV Stick is simple as there are plenty of VPN apps in the Appstore just waiting to be installed. You’ll find Surfshark, NordVPN, ExpressVPN, PureVPN, CyberGhost,  VyprVPN and others on the 2nd-generation Fire TV Stick or newer.

TIP: If you have a first-generation Fire TV Stick you will find a smaller selection of VPN apps as some aren’t compatible with the older hardware. You can easily tell if you have an original Fire Stick by its remote control: 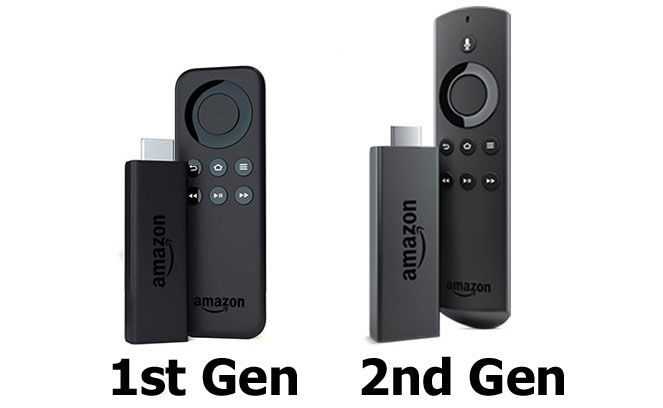 How to install a VPN app on a Fire TV Stick

If you don’t already have an account with the VPN service you’re going to use, then create one on your laptop, PC or even a phone as it’s much easier than using the on-screen keyboard with the Fire TV remote. Also, some services don’t even let you create an account via the Fire TV app: you can only log into an account that is already active.

We’re using Surfshark here as it’s great at unblocking popular streaming services, is affordable and doesn’t limit you on how many devices you can connect to the VPN at the same time.

1. Once your account is set up, go to your Fire TV and go to Find (this is the latest interface shown here). If yours still has the old interface, use the search facility in the main menu. 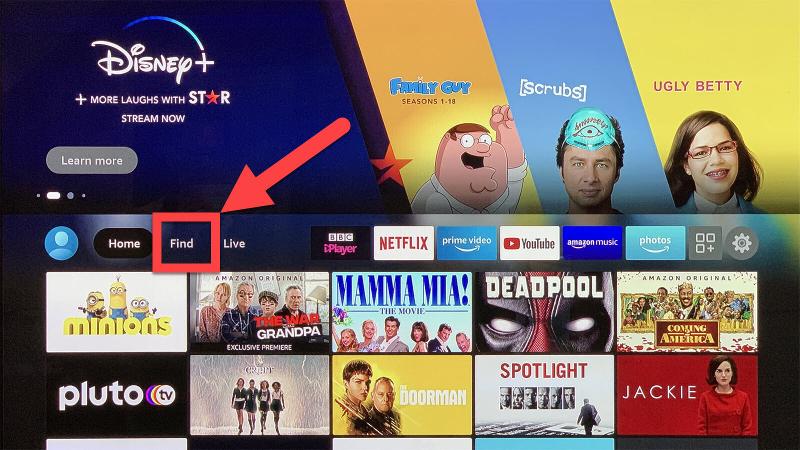 2. Select Search with the remote control and press the select button.

3. You can either use the on-screen keyboard or press the microphone button and say “Surfshark” or “VPN” to find VPN apps. Scroll down to the name of the app – in this case the top result of Surfshark Vpn App – and press select on the remote. 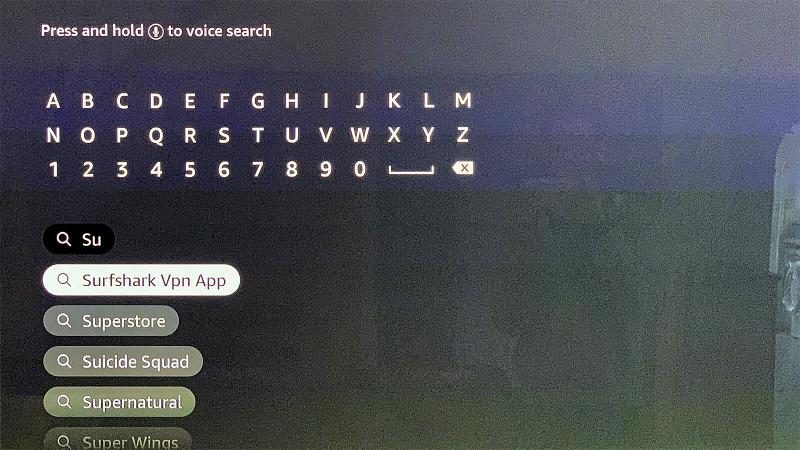 4. Installing the app is as simple as clicking the ‘Get’ button and waiting for it to change to Open. 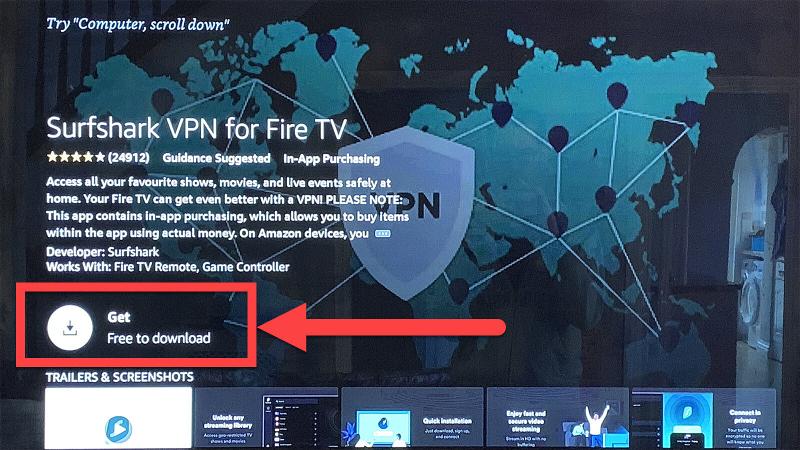 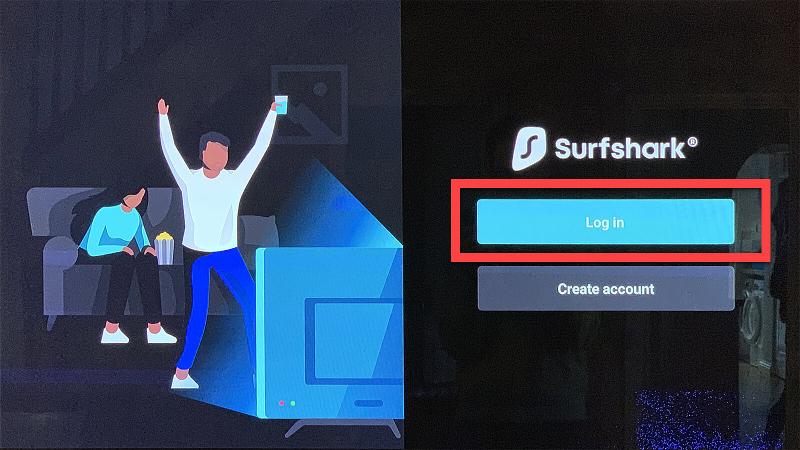 6. With Surfshark you can either use the Android app and the code shown (the easiest method but not available in the iOS app, unfortunately) or use the manual log in boxes to enter your email adn password using the on-screen keyboard. 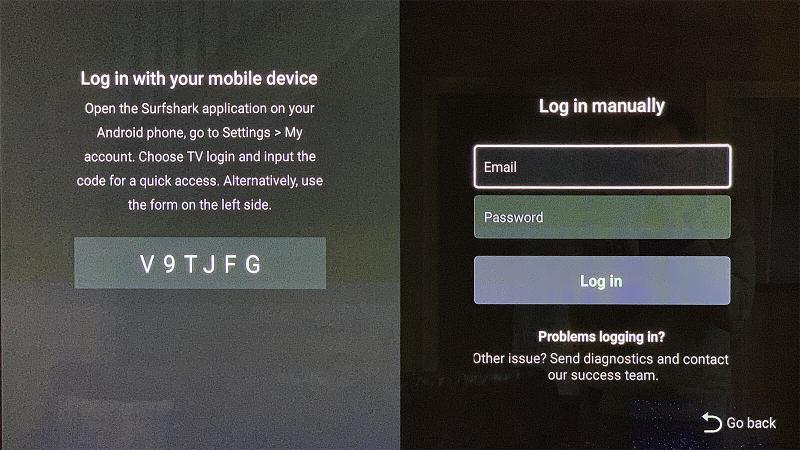 7. Once logged in you can select the country that you need to unblock the video you want to watch. For example, if you’re trying to watch BBC iPlayer you will need to select UK. For Netflix US, choose a server in the USA. Scroll to the server you want – unless it’s marked specifically for streaming, any UK server will do – and press the select button on the remote. 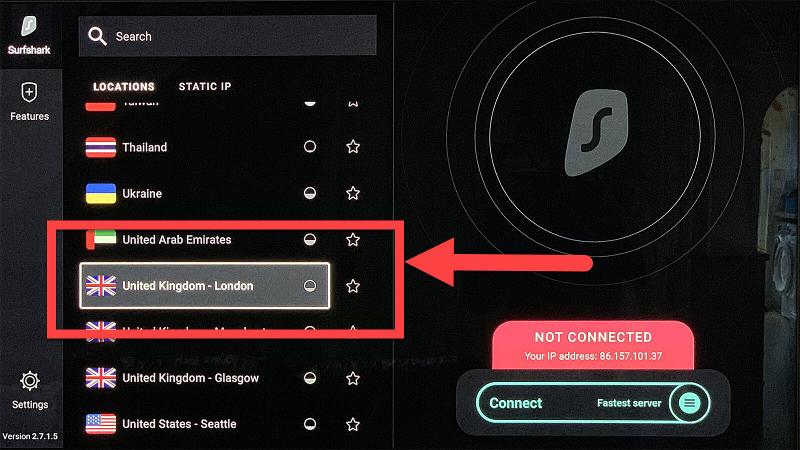 8. The first time you select a country a prompt will ask you for permission to configure the VPN connection. Select OK. 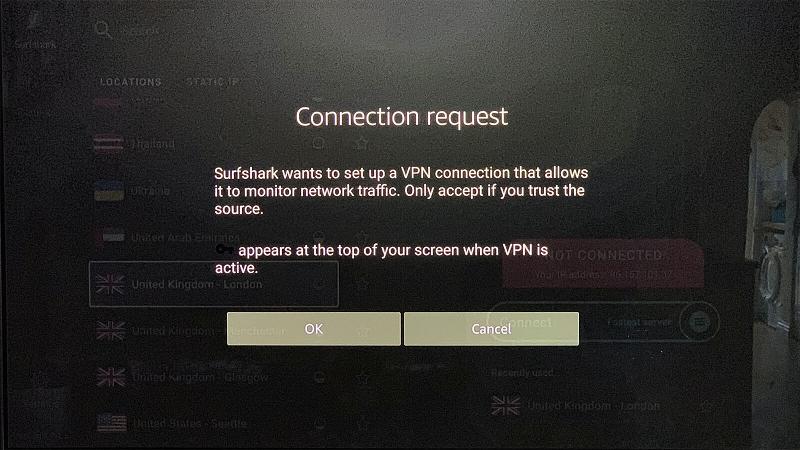 9. You should see that the connection is working (usually by a big green ‘Connected’ message.

Now you can press the home button on the remote to go back to the Fire TV’s main menu. Now launch iPlayer, Netflix, Kodi or whichever app you want to stream from and you should find that videos which were previously blocked. As far as that service is concerned, you’re now located in whichever country you chose in the VPN app. 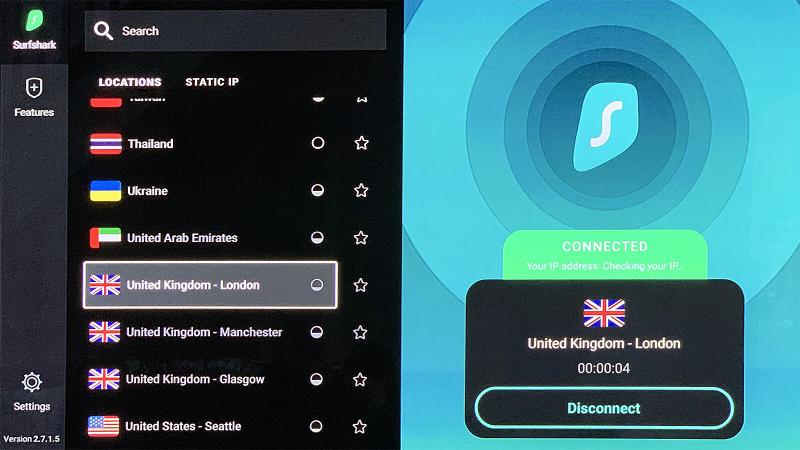 How can I use a VPN service that doesn’t have an app?

If you’re willing to do some extra legwork, it’s possible to use other VPN services with the Fire TV even if they don’t offer an app in the store.

One way is to find the Android .apk file for the app you want and side-load it onto the Fire TV Stick. Often you’ll find this made available direct from the VPN provider’s website, which is the safest place to get it.

The snag is that you might have to create a short link to save having to type in the full URL of the .apk file using the Fire TV’s remote control. We recommend tinyurl.com for this. It’s free and doesn’t ask you to create an account. You’ll need to do this on a PC or laptop first.

On your Fire TV, use the search function and search for ‘Downloader’. You can install the Downloader app which is necessary to download the .apk file.

Run Downloader and enter the tiny URL you created earlier. The VPN APK file will download and you should see a prompt to install it. After that, it’s the same process as before: launch the app, sign in with your details (create an account with the VPN service on your PC or laptop if you haven’t already done so).

Just bear in mind that the app is likely to have been designed for a phone screen, not your TV, so may appear sideways.

Pick a server in the country in which you want to stream video, and enable the VPN connection.

With any VPN running, your IP address will show you as being located in the country you’ve selected and you should be able to access all content that’s available there.