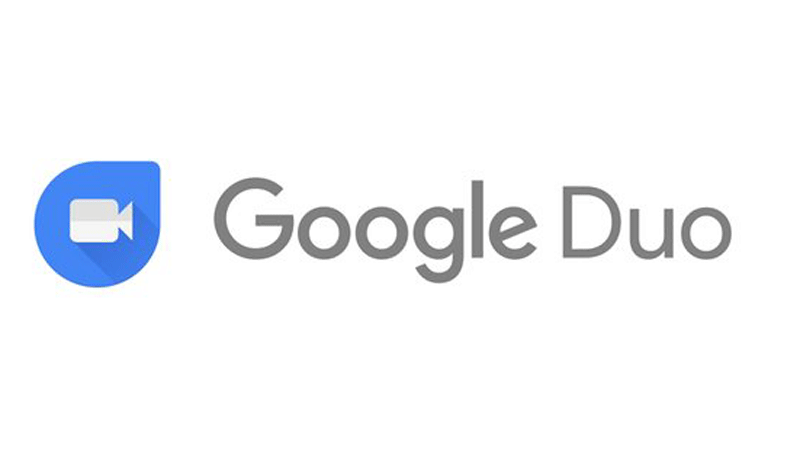 Google has recently released its new video calling app Duo, which takes on the likes of Facetime, Skype, Facebook Messenger, Viber, and a host of others. So what does Duo bring to the table, and how easy is it to use? We’ll take you through the various features of the app and have you communicating with friends around the world in no time at all. Here’s how to use Google Duo.

See also: Google Duo vs Facetime vs Skype vs Messenger and How to Use Skype

Why use Google Duo?

It’s true that you can already make free video calls on Google Hangouts, but Duo is an optimised, simpler service that uses your mobile phone number rather than Gmail address as the basis of the account. Like Hangouts it’s also cross platform, meaning you can make calls to friends who use either Android or iOS devices, plus Google states that the service uses end-to-end encryption, so your calls should remain private.

Perhaps the most unusual and unique feature of Duo is Knock Knock, which allows the person you’re calling to (only on Android phones, currently) see a video feed from you before they answer. While this could potentially lead to some embarrassing moments if you forget the feed is live, it also creates the opportunity to ensure people take your call when they see those concert tickets, engagement rings, or other notable enticements that you need to share.

How use Google Duo: Get the app

Depending on your platform of choice you’ll need to either visit the Apple App Store or Google’s Play Store to download Duo. Once it’s installed and launched for the first time you’ll be asked to enter your phone number. This will generate a text message with a code that you use to confirm your identity. The app also requires various permissions to use functions such as your camera, contacts, and audio so that it can make and receive calls. Grant all of these and you’re ready to start using Duo. 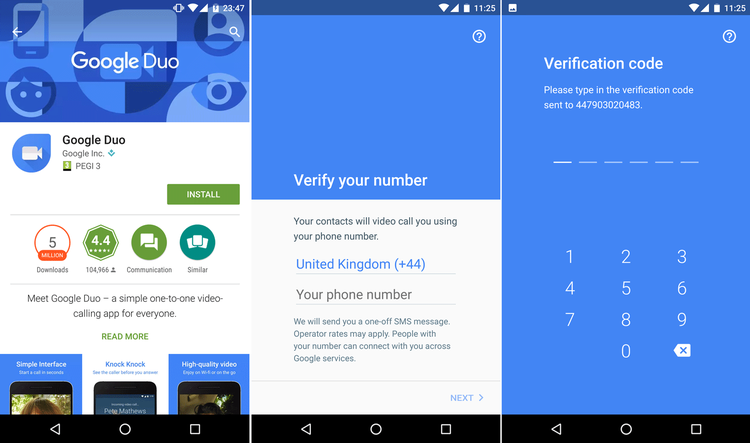 How use Google Duo

When you launch Duo now you’ll be presented with a live image of yourself taking up two thirds of the screen, accompanied by a large Video Call button in the bottom third. The only other notable selection available is the three dot icon in the top right corner that gives you access to the Settings menu. In here you have a small amount of things you can change (Google seems to be keeping things deliberately simple and that’s a good thing). These include whether Knock Knock is activated or not, the ability to limit mobile data use, the option to unregister your phone number, plus a list of other people’s numbers you’ve blocked. 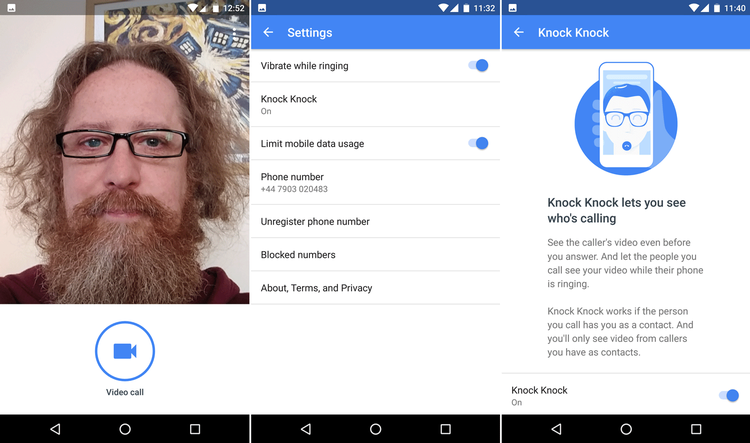 Making a call involves tapping the Video Call button on the main screen and then selecting someone from your contacts list. Anyone with Duo installed appears at the top of the list, while all the others have an Invite button to the right of their number. When you’ve found someone that fits the bill, tap their number and the call will begin. The video of yourself is now visible to the receiver, which you’ll be reminded of by the message ‘Smile, Knock Knock is on!’

Once the call is answered there a couple of options available to you. In the bottom left of the screen you’ll see the live video feed of yourself. Tapping this will make your video fullscreen while swapping the person you’re calling into the little circle instead. Tap again to return to normal. If you swipe in from the left side a couple of other buttons appear. The first mutes the sound, while the other allows you to switch from the front facing camera to the back one instead, useful if you want to show something you’re looking at to the person you’re calling. 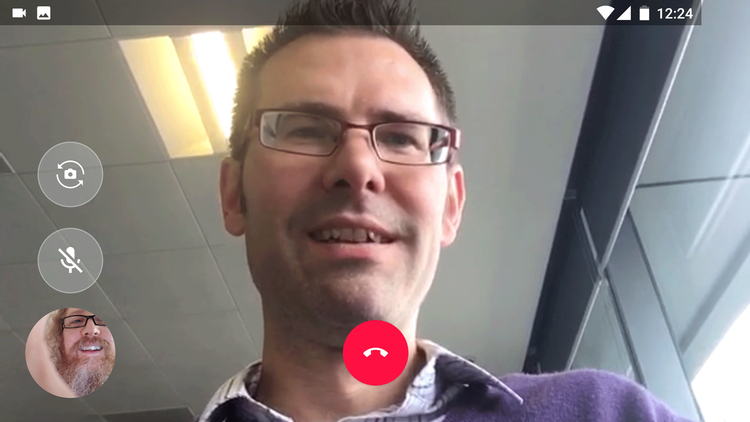 Other than that the only other button is the big red circle that will end the call. Remember that the app works in both landscape and portrait mode, which is handy as landscape provides more room in the shot if you have a few friends with you.

That’s it. Google Duo in a nutshell. As we said, Google has kept it simple on this app, which means you can get on with talking and less with tapping and swiping. If you’re still undecided on which free video calling app to use then remember to check out our Google Duo vs Facetime vs Skype vs Messenger feature to see which we think is the best.