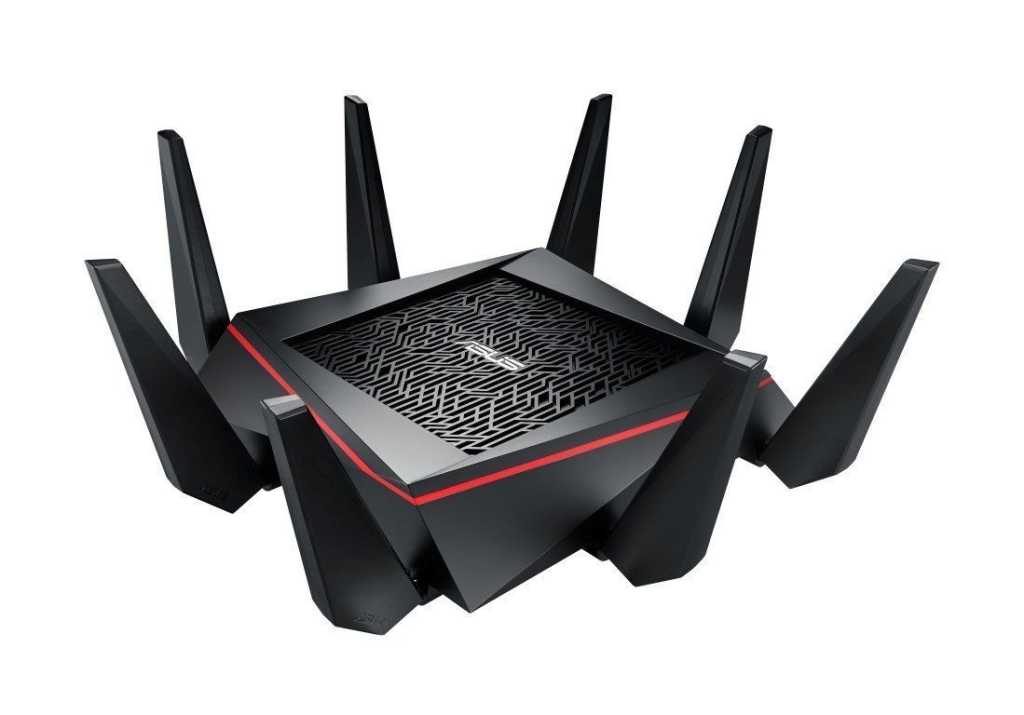 Routers are complicated, even for the tech-savvy among us, so it comes to no surprise that when MU-MIMO was announced and started trickling into consumer products, questions were raised.

In this article we look at what MU-MIMO does, how it can benefit you at home and if it’s worth the extra investment. Also see: Best wireless routers.

MU-MIMO, also known as multi-user, multiple-input and multiple-output; is not only a mouthful of words, but a technology used in wireless router transmissions.

When you’re streaming a movie on Netflix or YouTube on a computer, have your friend gaming on a laptop, have the kids playing games on a console and have your parents connected on their smartphones, it throttles the bandwidth of your router’s connection.

This is the limits of most consumer routers out there which at best have SU-MIMO (single-user) Wi-Fi technology built-in. If you picture your router as a distributor, where it can send and receive goods to retailers the image might become a little clearer: 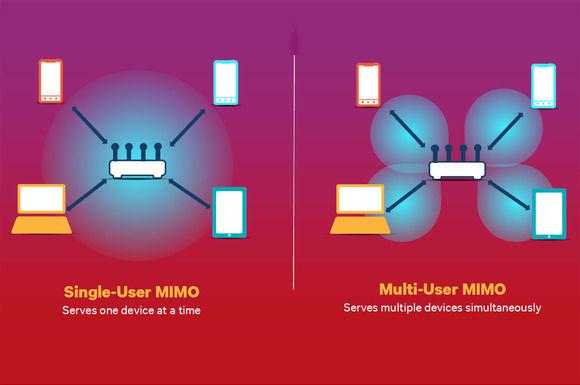 When there are multiple different devices connected and utilising the internet bandwidth, it requires the router to make millisecond decisions to prioritise one device over the other. Even though the difference is milliseconds, if you’re a heavy internet user, a gamer, or someone who streams a lot of movies and shows in a household, a single-user connection will bottleneck your latency and ultimately your internet speeds.

On the other hand, MU-MIMO handles different devices with different antennas, allowing you to send and receive streams of data simultaneously, thus not bottlenecking your bandwidth. This creates a better, faster internet connection between your router and device. This means that a router doesn’t have to make the decision of negotiating which device needs the most attention, and instead gives all the devices equal love.

There are also different types of MU-MIMO routers, 2×2, 3×3 and 4×4 routers. These aren’t random multiplications you have to do in your head, but rather depict the number of streams that a compatible router can support at the same time. The current maximum is four devices connected at the same time, utilising MU-MIMO. Anything above four devices, no matter if they’re all MU-MIMO compatible, will then downgrade to SU-MIMO (single-user). We’ll talk about the benefits and drawbacks of MU-MIMO in more detail within this article. Also see: How to set up a router as a repeater.

How do I get MU-MIMO?

MU-MIMO is only utilised in 802.11ac devices, meaning it is really aimed at households which have already embraces the newer, better Wi-Fi technology. Also see: Best 802.11ac wireless routers.

However, it’s not as simple as finding your cheapest 802.11ac router and utilising MU-MIMO. Instead, you need your router to have MU-MIMO technology already built-in. For example, the BT Home Hub 5 is one of the cheapest 802.11ac routers out there; however it doesn’t support MU-MIMO, unlike the TP-Link Archer AC 2600 which has it listed in its features and specifications. 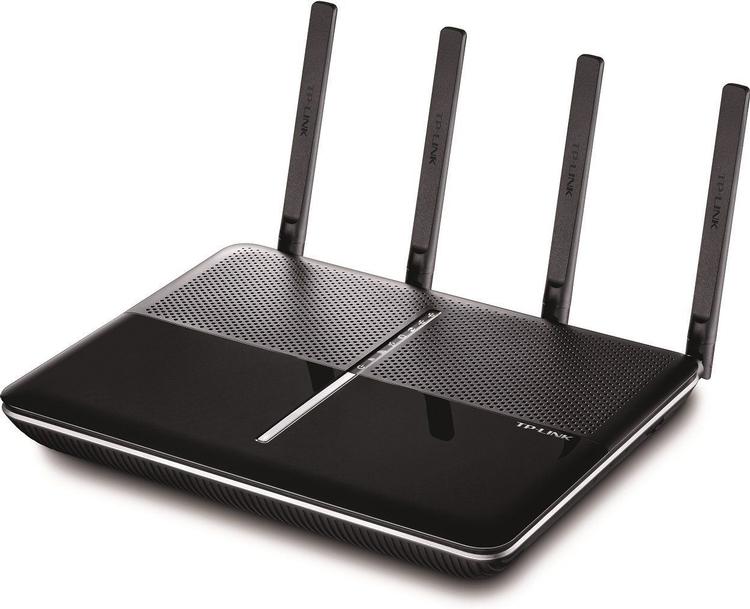 Therefore, your first step is to have a MU-MIMO router, but hold-fire on that purchase button soldier, there’s more you’ll need.

In order to really utilise MU-MIMO you’ll need the devices connected to your router to also have the technology built-in.

If you think you can afford the technology, and want to commit to it, let’s talk you through the pros and cons.

What are the benefits of MU-MIMO?

Having a network with a better means of handling bandwidth means you’ll get faster buffering, lower latency (important for gamers) and more consistent and stable download speeds. Now, these benefits seem few and far between, given the cost and effort needed to have a MU-MIMO network setup at home, but if you’re a hardcore gamer, full-time Netflix streamer, and heavy internet user, MU-MIMO is the way forwards. Also see: How to connect to your router to change settings.

What are the limitations of MU-MIMO?

The most obvious drawback to MU-MIMO is the cost associated to it. There’s a lot of gear you’re going to need to change in order to have a MU-MIMO network setup. We presume most people will have their own routers, phones, computers which don’t support MU-MIMO as let’s face it, most devices don’t have MU-MIMO compatibility built-in; however we do see an increase of MU-MIMO supported devices growing in 2017.

The next, most frustrating part is its limitation in devices-supported at once. Currently, you can only find a four-stream 4×4 MU-MIMO router. Therefore, if you’re looking to have five or more devices connected, you’re going to convert those MU streams into SU streams, completely defeating the purpose of a MU-MIMO router. Given that most people have a phone and a computer, that’s already two devices. If you happen to have a laptop and a tablet, then you’ve already maxed out the amount of MU streams you can benefit from. 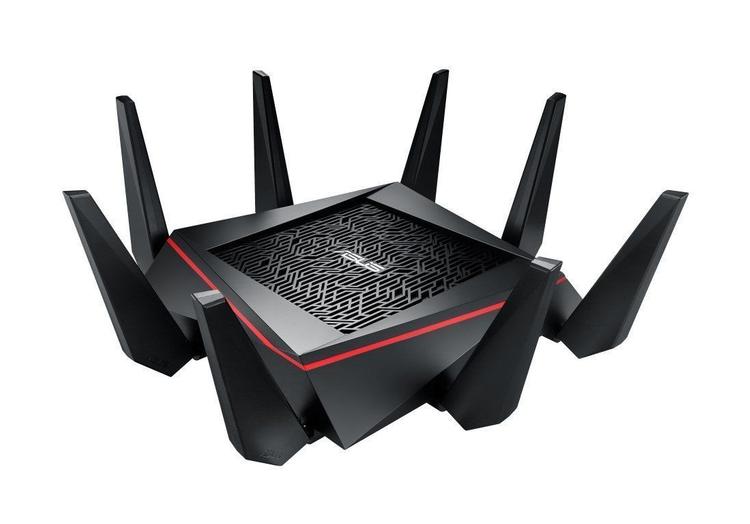 This also means if you have friends or older non MU-MIMO devices connected to your router, then you’ll again be throttling your bandwidth.

Another disadvantage is that an MU-MIMO router only gives you downlink benefits. In other words, you’ll benefit from more stable download speeds, but won’t see any improvements in the uplink (uploads). So if you’re someone who games a lot or uploads a lot of videos, then MU-MIMO isn’t going to benefit your connection.

It should also be noted that due to the way the streams and signals are processed, you’ll truly benefit from MU-MIMO when a compatible device is in another location to another connected-device. In other words, when you have a laptop in the living room and a computer in the bedroom, you’ll see a good distribution of the streams. If however, both laptop and computer are located in the bedroom, the streams of data won’t truly benefit from MU-MIMO technology.

Last but not least, due to the router handling more complex data streams, if you happen to have a problem, the diagnosis will be a lot harder to solve – you might need to dive into your router’s advanced settings in order to pin-point the problem; a task daunting for even the geeks among us. Also see: How to reset your router to rid it of malware.

Is it worth investing in MU-MIMO?

For us, given the size of households these days and the amount of connected devices there are on a single network, we don’t see MU-MIMO being vastly popular. This is of course if you aren’t someone who is willing to invest and change the whole network setup, given its limitations. 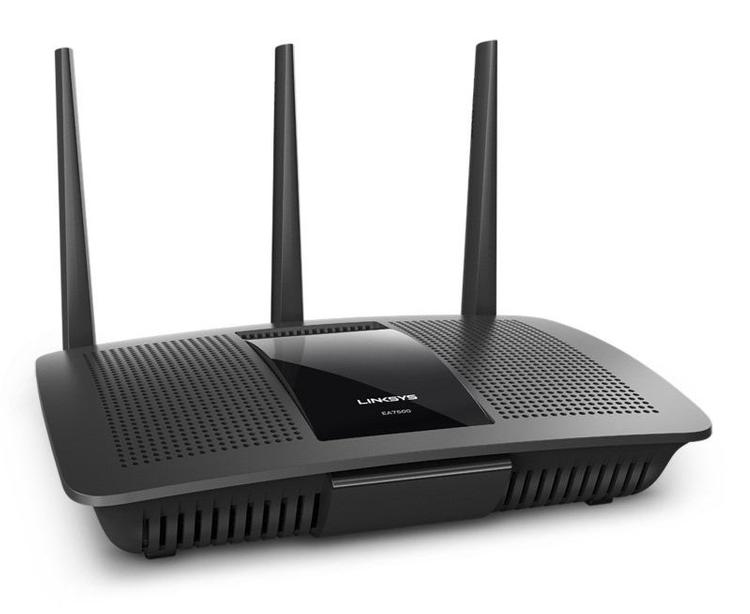 With that said, we do see MU-MIMO really driving wireless technology forwards, and with more devices embracing it MU-MIMO could become the norm. But in 2016, the technology hasn’t been embraced by enough manufacturers and it has yet to appear in mainstream, affordable routers.

Ultimately, MU-MIMO is a fantastic advance in Wi-Fi technology and we’re glad that some manufacturers are actively trying to push it forwards. Its benefits might seem few and far between, but these small incremental improvements can be felt by hardcore internet users.