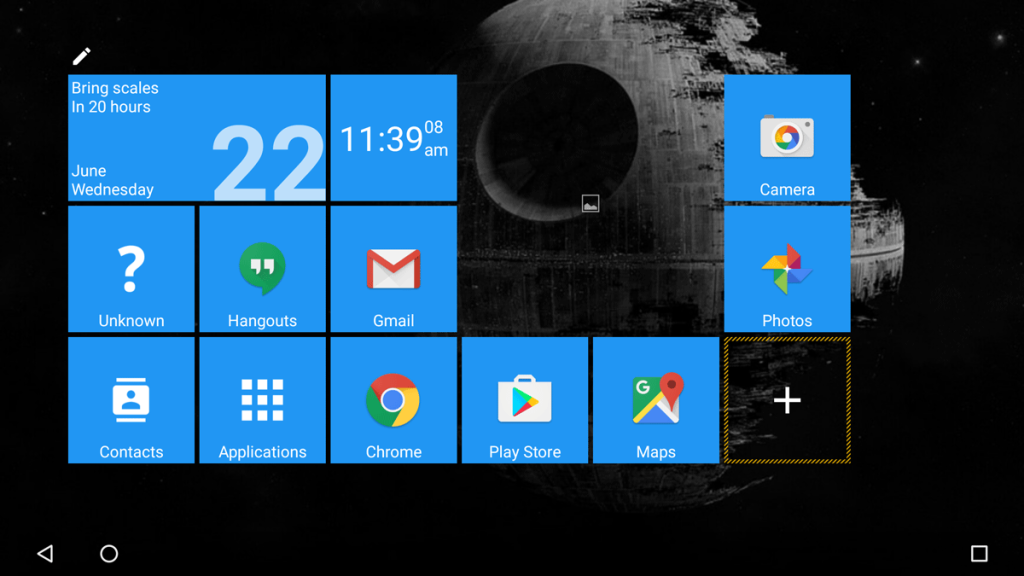 Ever since tablets emerged there has been the question of whether they can replace a laptop as a productivity device? Arguably Android devices stand a better chance of doing so than iPads, as they give you greater access to the file system and flexibility when it comes to the look and feel of the system.  They might not quite hit the heights of Microsoft’s Surface Pro 4, but in this feature we’ll explore how you can make a humble Android tablet, like the Google Pixel C, look more like a PC.

How to make Android look like a PC: Add a keyboard and mouse

The most obvious way to make an Android tablet more PC-like is to add some peripherals. There are three main ways to do this : Bluetooth, wireless, and wired.

The Bluetooth route is the neater option as there are already a wide range of Bluetooth keyboards and keyboard/stand hybrids available for Android tablets. In the past we’ve been impressed with the likes of the Inateck BK1003E Ultra-Slim Universal keyboard, alongside efforts from Microsoft and Belkin, but pretty much any Bluetooth keyboard should work. 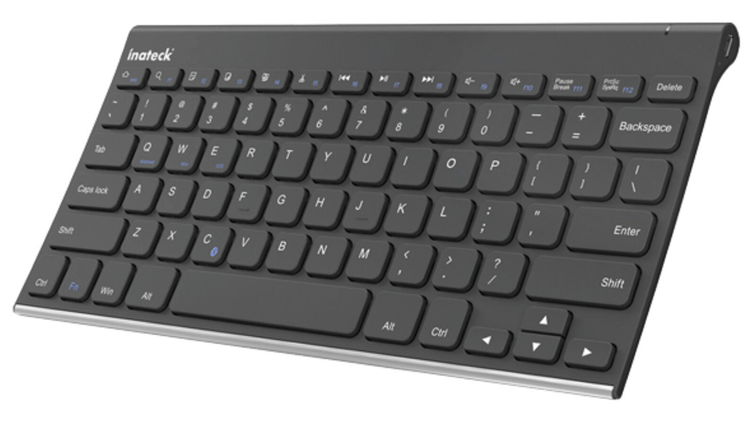 You might be surprised to know that a Bluetooth mouse also works on Android, and once you’ve paired the device with the tablet you’ll see a pointer icon appear on the screen, just like it would on Windows. It’s not exactly the same, as different apps seem to respond in different ways to button presses, but it doesn’t take long to work out what’s what and soon you’ll be pointing and clicking with the best of them.

If you have a wireless keyboard and mouse then you can also use them on an Android tablet. All you’ll need is the little USB receiver that came with the peripheral and something called a OTG cable, which you can pick up for next to nothing on Amazon. These On The Go cables are simply a standard USB 2 port with a micro USB port at the other end. This mean you can plug your device (including wired keyboards and mice) into the standard sized slot and then plug that into the charging port on your tablet. 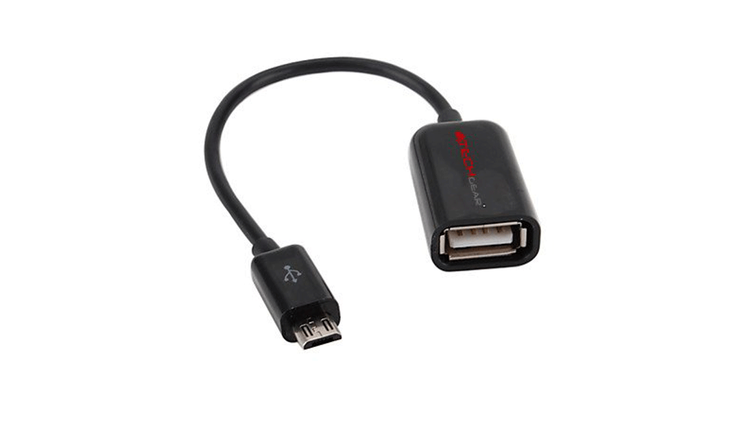 The advantage of OTG cables is that they open up a world of possibilities for Android, including adding storage via thumb drives, attaching printers, and even USB hubs so you can run multiple devices at once. Be sure to do a little research beforehand to see if you need any apps or drivers to use specific devices, but after that you’ll be good to go.

How to make Android look like a PC: Add a Windows-style Launcher

If you really crave the aesthetics of Windows Modern UI, then there are a few different apps on the Google Play Store that will help you achieve this. SquareHome 2 is our current favourite as the launcher transforms an Android tablet into a live-tile wielding Windows clone. True there’s little additional functionality that you couldn’t achieve through the use of widgets, but if it’s the PC look you’re after, this has it in spades. 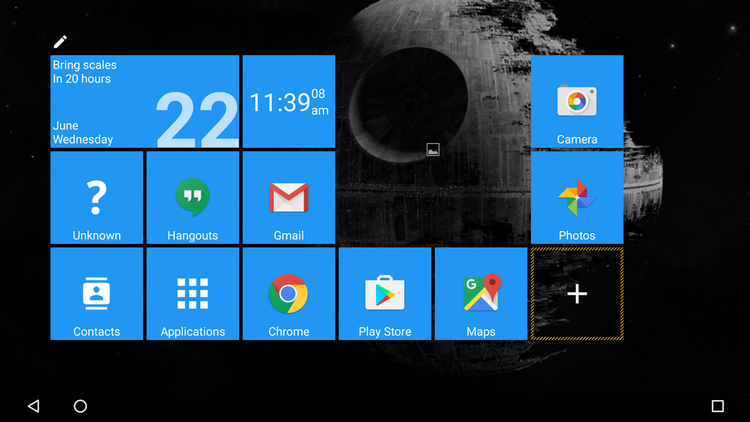 Another one worth a look is Andronium, which is in public Beta at the moment but available on the Google Play Store. The app emulates the Continuum feature in Windows 10, allowing you to treat your device as a desktop when you plug in a monitor, keyboard and mouse.

See also: How to use the Continuum feature in Windows 10

How to make Android look like a PC: Add Microsoft Office 365

While Android already has its own excellent productivity apps in Google Docs, Google Sheets, and the rest of the Google Office suite, Microsoft has also released versions of its legendary Office software on Android. The best part of the deal is that they are all free for tablets sized 10.1in and smaller (which is pretty much most of them). 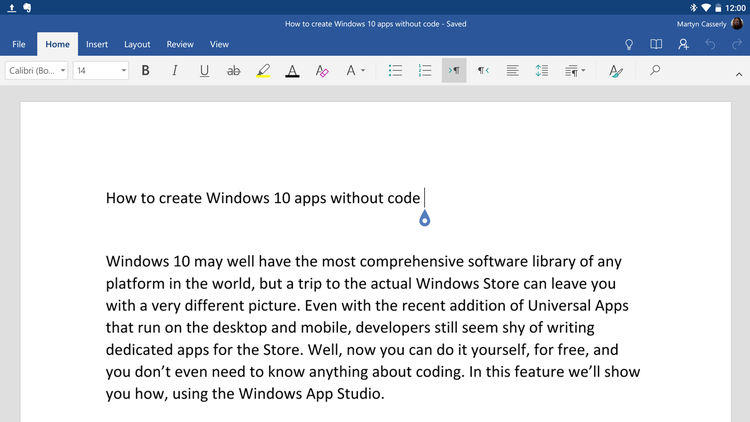 You can create documents, spreadsheets, presentations, and edit them on the go, all while saving your creations in the cloud so you can carry on at work or home on your PC. For more advanced features you can sign up to an Office 365 account (currently around £80 a year), but for most people the free versions will be enough. To give them a test run try Word on the Google Play Store.

How to make Android look like a PC: Multitasking

One of the main advantages of Windows, as the name suggests, is having multiple panes open at once running different apps. You can do something similar on Android with Floating Apps (Multitasking) available in the Google Play Store. With this you gain access to a number of small, single purpose apps that sit on top of whatever else you are running. These include stopwatches, system information, paint, and a number of other tools. It’s not quite Windows, but it can be very useful. 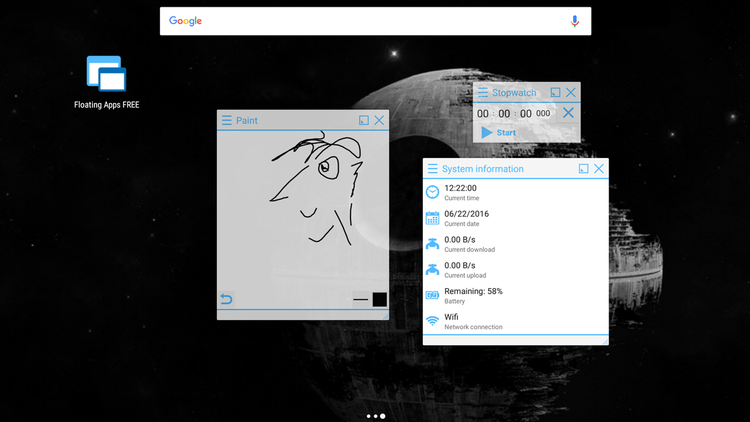 How to make Android look like a PC: Wait for Android N

With the impending release of Android N, Google recently announced that multi-screen apps would be a newly added feature. This is similar to the Snap function on Windows that allows users to have two applications running side by side on the screen. 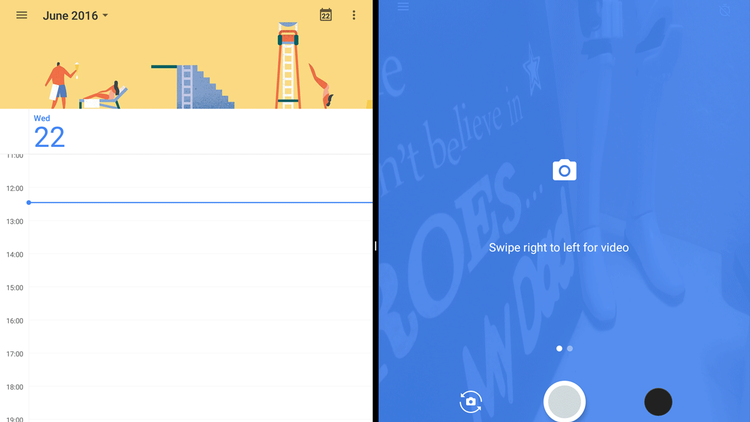 The proportion of space each app gets is decided by the user, and when it’s released in the late autumn we think this could be a significant step forward for using Android as a productivity platform. Hmmm, maybe you won’t need to get your tablet to be like Windows after all. It seems Google is doing that for you.

If you want to take a sneak peek at the new features then check out our How to get Android N now guide.