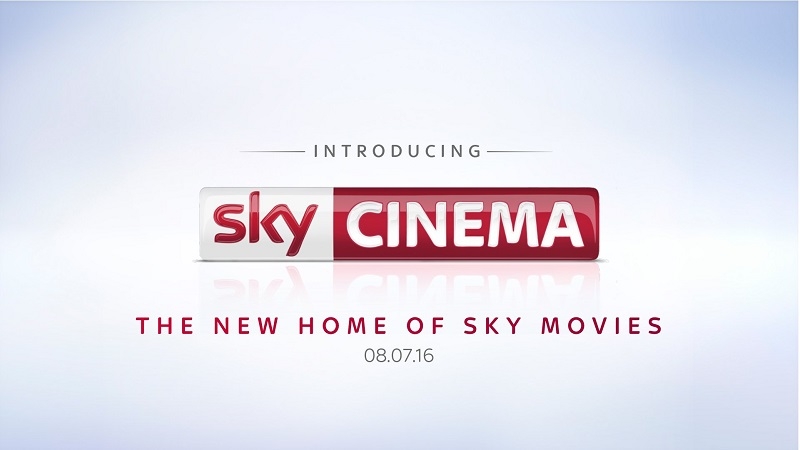 Sky has announced that it is shaking things up for its customers soon with the launch of Sky Cinema. It will replace the long appreciated Sky Movies so here’s everything you need to know including the Sky Cinema release date, new film premieres, better HD quality and the deal with 4K Ultra HD content. See also: Best media streamers in the UK.

“With Sky Cinema we are giving customers an even closer to the cinema experience with enhanced picture and sound quality. A better service needs a new name and Sky Cinema is about delivering the ultimate offering for movie fans everywhere,” said Ian Lewis, director of Sky Cinema. Read our hands-on  Sky Q review which looks at both the entry-level Sky Q and top-end Sky Q Silver.

Read everything you need to know about Sky Q.

What is Sky Cinema? Release date and price

Although it’s something of an iconic sub-brand, Sky has decided to rename Sky Movies. The service, including all the channels, will soon be called Sky Cinema instead.

“Sky Cinema will be the biggest dedicated movie subscription service in Europe as Sky’s movie services in Germany, Austria and Italy are also rebranded and relaunched under the new name,” said the firm.

Read: What is Sky Kids?

With the launch of Sky Cinema, the firm is promising a new premiere every day of the week, which is 75 percent more than the current offering of four per week on Sky Movies. These will include Spectre (8 July), Mission Impossible: Rogue Nation (9 July), Steve Jobs (18 September), Bridge of Spies (30 September) and The Danish Girl (23rd October).

See below for what films will premiere on Sky Cinema in July and August:

Films will be available eight months after launching in the cinema and will exclusively on Sky Cinema for over a year before you can watch them on other subscription services like Netflix or Amazon Prime Video. 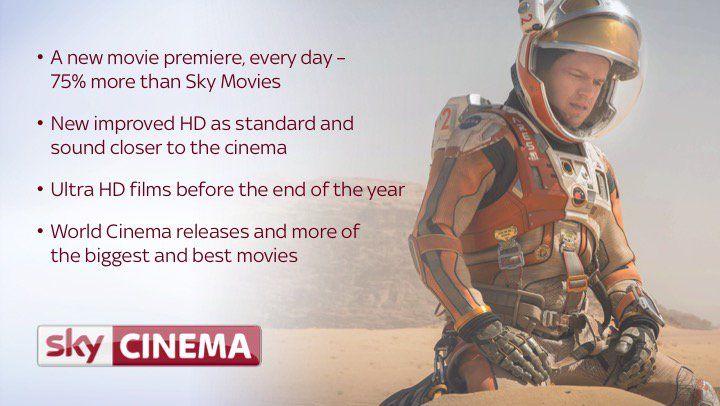 As well as the above, Sky has confirmed that there will be more on-demand content available via Sky Cinema. It touts around 1,200 films including classics and blockbusters which is an increase of 20 percent.

Following the popularity of Sky’s pop-up channels (dedicated channels for franchises like Harry Potter), there will be even more when Sky Cinema launches. There will be at least one new pop-up channel every month rather than only a few times each year with Disney-Pixar, Star Trek and Superheroes already planned for the next six-months.

The new ‘World Cinema slot’ will take place at 10pm every Wednesday to showcase ‘the best stories from around the world’ including El Ardor (Argentina); Theeb (UAE); Tangerines (Estonia).

Although there’s still a little wait for 4K Ultra HD content on Sky Q – films in the high resolution format will arrive ‘by the end of the year’ – there’s good news until that does happen.

Sky Cinema will come with a better HD quality as standard as well as improved audio for selected on-demand films. These are available for Sky Q and Sky+HD users. There’s also a new ‘restart’ feature which means you can watch a film from the beginning no matter when you tune in.

The new HD quality comes thanks to a new internal master format which Sky is employing. This provides a third more pixels and four times the number of colour shades of the current HD offered. Sky says this means “sharper and more vibrant pictures for a better viewing experience”.