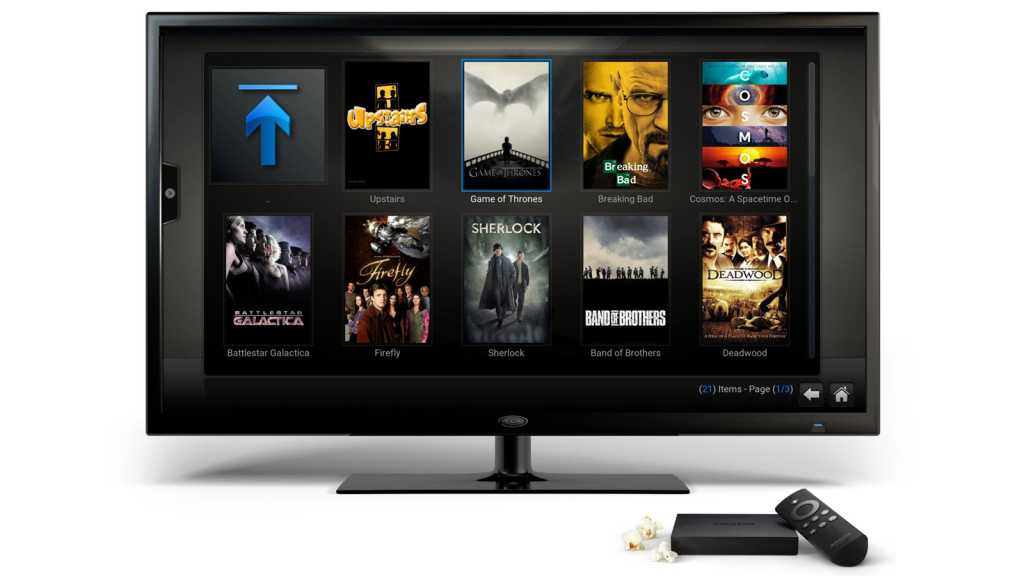 It’s a question many people are asking and debating: is it legal to stream copyrighted films and TV shows using Kodi in the UK and Europe? Contrary to what you might think, and what others may say, it’s currently legal to watch the latest cinema releases and TV episodes through streaming websites and apps. See also: Is it legal to download YouTube videos?

Disclaimer: We’re not legal experts, and we’re merely reporting on what the Court of Justice of the European Union has said. The current situation appears to be that you are not breaking any EU law by using a website or software to stream copyrighted content that has been made available by someone else. Morally, of course, it’s a completely different matter. But we’re not going to debate the morality of it here: we’re concerned only with legality.

Kodi is perhaps the best-known and most popular media streaming app at the moment. It used to be called XBMC and has been around for years.

Kodi is simply a media player, much like Windows Media Player or VLC. There is nothing illegal about downloading, installing and using software that plays video, music and other media. In short, then, Kodi is legal.

What’s controversial are Kodi add-ons. These are plug-ins which provide access to a massive library of TV box sets and films for free. These video are hosted without the permission of the copyright holders.

You can install Kodi on your PC, laptop, tablet, even on an Amazon Fire TV, or any Android TV, but it’s dedicated set-top boxes – aka Kodi boxes – which have hit the headlines recently.

To clarify, there’s nothing illegal about buying hardware with Kodi pre-loaded. What the authorities are cracking down on is people selling boxes which are pre-configured to access copyrighted TV shows, films and pay-per-view events for free.

Plenty of headlines suggest that users are being targeted by law enforcement, but in fact there is no evidence of this. Organisations such as Fact are actively after those who sell and distribute copyrighted material or devices which allow people to access it.

Neither PC Advisor or Kodi advocates or encourages piracy. You should use Kodi and its add-ons only to access content for which you have the legal rights.

Is it illegal to streaming copyrighted movies and TV shows?

Back in June 2014, there was a “landmark” case where a media service company (Meltwater) was sued by several media groups including the UK-based Newspaper Licensing Agency (NLA).

Essentially, the Court of Justice of the European Union (CJEU) ruled against the NLA saying that viewing copyrighted content online is not copyright infringement. It all boils down to the fact that the copyrighted information is stored only temporarily on the user’s computer, and temporary copies are exempt from copyright laws.

That’s big news, since it has implications beyond simple web pages, which is what the case was all about.

Since then, the CJEU was asked to clarify whether these existing EU copyright exemptions also apply to viewing and streaming videos online. The court said that streaming videos is different to making a copy, so is also exempt from copyright laws.

Of course, the owners and operators of the streaming services which make this copyright protected content available are breaking the law and can be prosecuted, but as a viewer and streamer you are not breaking any European law.

However, although this is currently the situation, it could change in the future. The CJEU has been asked to clarify the legality of streaming video in Europe, with particular reference to a Dutch retailer which sells Kodi boxes that are pre-configured to access copyrighted material.

In the UK, there have been several police raids on sellers of video players (including Android boxes) which are allegedly set up to stream paid-for content for free.

Is it illegal to stream live football matches?

While it’s not technically illegal to watch the stream, the Premier League recently secured a court order that enables it to tackle video streams of football matches via Kodi set-top boxes, currently one of the biggest draws for those that use the media streamer for streaming copyright-protected content.

Until now, it could only take down individual video streams which were relatively easy to re-establish under another URL, while a Premier League spokesman says it can now target pirates in a “precise manner” and that “for the first time, this will enable the Premier League to disrupt and prevent the illegal streamer of our matches via IPTV, so-called Kodi boxes”.

So, if you’re looking to download Kodi to watch illegal streams of your favourite football matches, don’t bother as it’s about to become a lot more difficult.

Popcorn Time is an application which doesn’t require any adds-ons or configuration: it’s basically Netflix without a subscription. According to EU law, it’s only the developers and distributors of the software which are in the wrong. You’re not breaking any EU law by downloading and using Popcorn Time.

If you use software to stream video – be it a home video your Uncle Bob just uploaded or the latest Ben Affleck movie – is not in itself illegal. You’re viewing a temporary copy of the video, which won’t be stored for the long term on a hard drive or any other form of storage.

Again, this situation could change, and we’re not in any way condoning or recommending the use of any of these apps, services or devices.