It’s official, Battlefront 2 is here. The game was revealed at the Star Wars Celebration in Orlando, Florida on 15 April 2017, and was one of our  most anticipated games of 2017.

Below we’ve listed everything we know about Battlefront 2 so far. The trailer from Gamescom 2017 is above, showing the new Starfighter Assault mode, but there are more trailers further down this article, along with the latest information on the Battlefront 2 Loot Crate controversy.

Also check out our Battlefront 2 preview to find out what we thought after hands-on time with the game.

What you need to know about Star Wars Battlefront 2:

When is Battlefront 2 coming out?

What are the best Battlefront 2 deals?

As is typical for a major AAA game release these days, there are multiple versions of Star Wars: Battlefront II available. 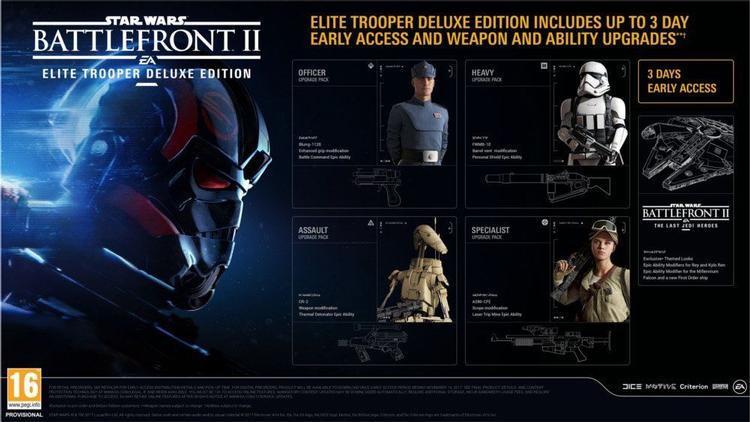 If you’re really keen, Game has a UK exclusive on a Star Wars themed PS4 Pro console, which is bundled with the game itself for £369.99. EA revealed the game and its first trailer (see above) during the ‘The Galaxywide Premiere of Star Wars Battlefront II’ panel at this year’s Star Wars Celebration event in the US on 15 April.

The biggest reveal was that Battlefront 2 would feature characters, units, and missions from all three Star Wars film eras: the original trilogy, the prequels, and the new trilogy that launched with The Force Awakens. That means Luke and Darth Vader will be joined by the likes of Rey, Yoda, Darth Maul, Kylo Ren and more.

Those heroes are customisable, with new abilities to unlock, as will be the base troopers. Those standard troopers have also had a bit of an overhaul: not only are there more varieties (including battle droids!) but they can also unlock new heroic abilities.

Vehicle combat has been improved too, with better handling and more varieties, including animals like tauntauns. There will also be massive space battles, so you won’t always be stuck near the ground.

Those space battles were the focus of the Battlefront II presentation at Gamescom, where EA showed off a new trailer along with a live gameplay demo (at the top of this page) of the new Starfighter Assault mode, which it promises will include “vastly improved starfighter combat, with superior controls, deeper customization, and role-based team play featuring an all new class-based system.”

We played Starfighter Assault ourselves at Gamescom, so you can check out our preview to find out what we thought, or watch the full footage of one of our rounds further down this page.

Initially, player progression was said to be handled partly through loot crate drops – similar to Overwatch – which will also be where microtransactions fit in.

Loot crates can be bought either with in-game Credits or real-world money, and you’ll also get one free daily crate each day. They contain Star Cards that you use to customise your abilities, gear, and vehicles.

Crates may also contain crafting elements which you can use to upgrade your Star Cards, and any duplicates will automatically be converted to crafting components.

These caused controversy even before the game’s launch, with early access players claiming it would take 40 hours of play to unlock just a single top-tier hero like Darth Vader or Luke Skywalker, almost forcing players to buy loot crates to make up the difference.

In response EA slashed prices by 75% before the game even came out, in an effort to reduce the massive fan outrage – including the single most downvoted post in Reddit history, from an EA community manager.

It wasn’t enough though, and only hours after the game was released, EA made the decision to completely disable Battlefront 2 microtransactions. The company broke the news via Twitter, which can be seen below:

Today, we turned off in-game purchases for #StarWarsBattlefrontII. The game is built on your input, and it will continue to evolve and grow. Read the full update: https://t.co/asGASaYXVp pic.twitter.com/vQSOmsWRgk

In the statement, the company apologised about the loot crate controversy and the unfair advantage it may have provided some players. The company has completely disabled microtransactions, and it won’t be re-enabled until the team has a better – and fairer – system in place, although when that might be is unclear. 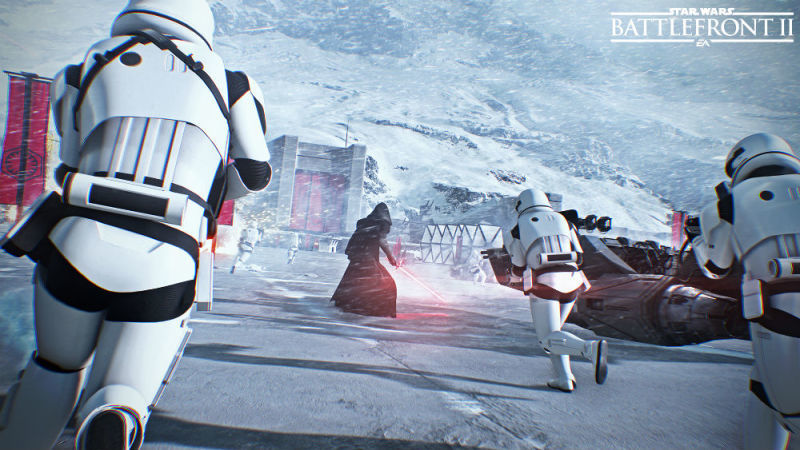 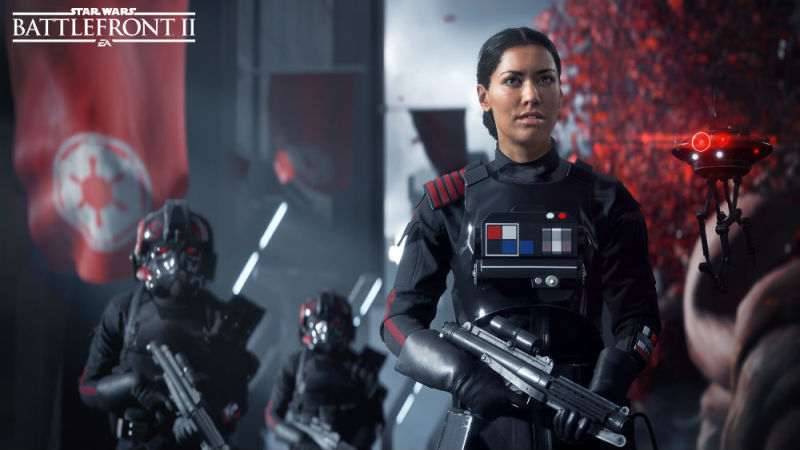 Unlike the first Battlefront, this game features a full single-player campaign mode. You’ll play as Iden Versio, an Empire trooper and leader of the elite Inferno Squad, and the game’s campaign will follow her from the destruction of the second Death Star up to the era of The Force Awakens.

She vows to destroy the Rebellion and avenge the Emperor after the Death Star explodes, so it looks like for one of the first times, players will get to step into the shoes of an Imperial soldier trying to kill the good guys – though we’d hazard a guess that she switches sides before the end of the story.

“She was in pursuit of a fleeing Rebel starfighter when Luke Skywalker’s X-wing fired the shots that blew the Emperor’s superweapon apart. Iden managed to escape to a nearby moon of Yavin and eventually back to Imperial forces.”

In addition to controlling Versio, the story will also allow you to step into the shoes of major existing Star Wars characters like Luke Skywalker, Kylo Ren, and more.

Perhaps most excitingly of all, the devs confirmed that the Battlefront II story is canon in the Star Wars universe, so it could offer some insight into the upcoming films.

Here is us playing a full Starfighter Assault round from Battlefront 2 at Gamescom, running on a PS4 Pro:

What DLC will be available for Battlefront 2?

DLC will arrive as themed seasons, with the first arriving in December and focusing on The Last Jedi film that comes to cinemas on 15 December. It will be free to download and will include Planet Crait as well as Force Awakens characters Finn and Captain Phasma.

DLC beyond that will continue to be free, with more maps, characters, and potentially game modes on the way.

As well as the first trailer which you can watch at the top of the page, a second trailer talks about Massive Worlds and Dilemmas. Check it out below.

Another trailer was offered at Paris Games Week 2017 just weeks before the game’s release: