Android Wear 2.0 is official! As of 8 February 2017, Google has revealed details of its latest watch operating system alongside two new LG smartwatches. Find out about the Android Wear 2.0 release date, new features and a list of devices getting the upgrade. See also: Best smartwatches 2017.

Wearable tech was a big part of Google I/O 2016 including the Daydream VR platform. Smartwatch fans will also be interested to find out about the first major new version of Android Wear. Here’s the Android Wear 2.0 release date and new features following its announcement on 8 February.

Some of the first watches to run Android Wear 2.0 will be the Huawei Watch 2 and LG Watch Sport and Style. See how to update Android Wear manually.

When is the Android Wear 2.0 release date?

Google delayed the Android Wear 2.0 release date to 2017, and on 8 February 2017 it unveiled the new wrist-based OS alongside new smartwatches from LG – the LG Watch Sport and LG Watch Style.

Which smartwatches will get Android Wear 2.0?

As of 8 February, the LG Watch Sport and LG Watch Style have Android Wear 2.0 exclusively.

However, existing smartwatches will begin to get upgraded starting on 15 February. Here’s a list of devices confirmed for the update:

At the end of March, however, many of those smartwatches still have not been updated. Right now, only the Fossil Q Founder, Casio Smart Outdoor Watch WSD-F10 and Tag Heuer Connected are running Android Wear 2.0.

This is because a bug was unearthed in the code, which Google has now fixed and can continue the rollout. The next watches to get the update are the Polar M600, Nixon Mission, Michael Kors Access, Fossil Q Wander and Fossil Q Marshal. 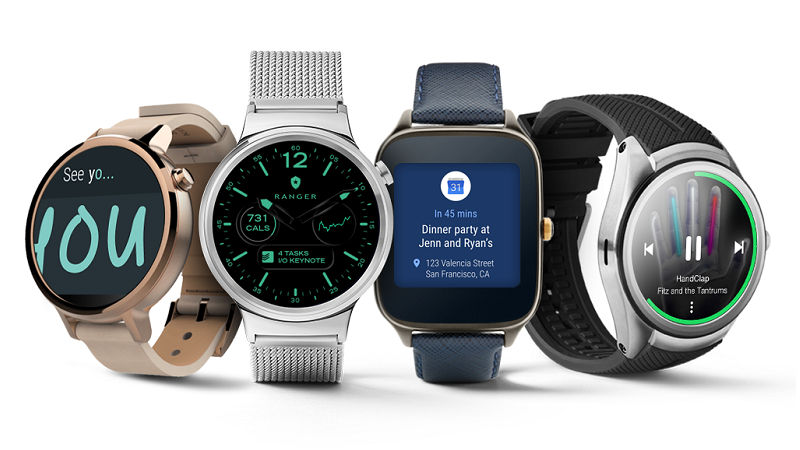 What are the new features?

“Based on what we’ve learned from users and developers, we’re evolving the platform to improve key experiences on the watch, including watch faces, messaging, and fitness,” said Google.

Overall, there’s a trends towards the Android Wear smartwatch being a device in its own right, with less reliance on a smartphone for it to function fully and usefully. Let’s look more specifically at the new features which will arrive with Android Wear 2.0, though.

Check out the video at the top of the page for an in-depth preview of Android Wear 2.0.

Apps on Android Wear 2.0 can access the internet directly over Bluetooth, Wi-Fi, or cellular meaning that it doesn’t need your phone to be close or even switched on to fully function. Apps can also receive push messages via Google Cloud Messaging.

Of course, early Android Wear watched didn’t come with Wi-Fi, let alone LTE connectivity, so this will be more of a big deal with newer devices.

A redesigned user interface for Android Wear 2.0 begins with a darker colour palette. Bigger changes include a new notification design and a new app launcher which takes note of the fact most Android Wear smartwatches use a round screen.

New notifications will be less intrusive and the darker colours will help save battery life. Google has also added Material Design for wearables which will make everything look more consistent and prettier alongside the rest of the Android ecosystem.

Android Wear 2.0 succeeds in bringing Google Assistant to your wrist, much like it brought it to the Google Pixel. You’ll be able to, hopefully, reply to messages and get directions simply by saying “OK Google”. We will be testing the updates as an when we download them to devices.

It’s part of the UI but warrants its own section as the new complications API will make the watch faces on Android Wear much better. In simple terms it means you can add widgets to any of your watch faces to display the information that’s most important to you – whether it’s your step count or info on your precious stocks. Tapping the widgets will take to directly to the app it’s linked to as well. 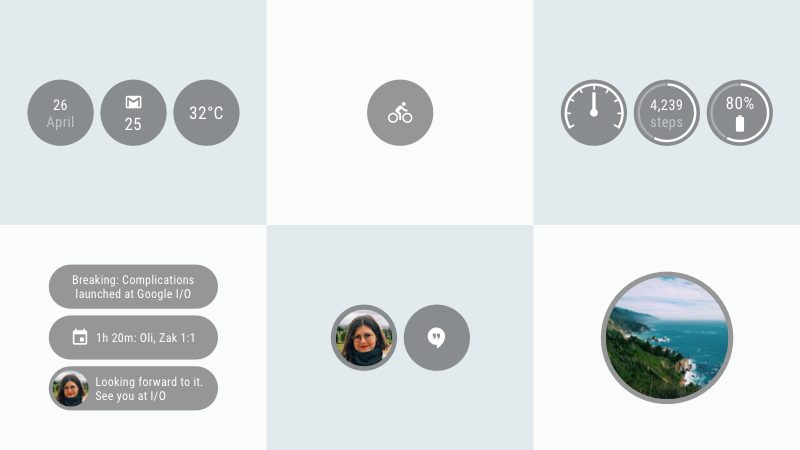 Although you can use your voice to dictate, you might not always want to read your message or search query out loud. With Android Wear 2.0 you’ll be able to either use handwriting recognition – the screen scrolls along as you write each letter with your finger – or you can use an actual keyboard on the screen which includes next work suggestions and swipe input. How well this will work on watches like the Moto 360 which have a ‘flat tyre’ at the bottom is unclear.