Google Home is now available in the UK, and we’re loving recent additions to its feature set such as multiple user accounts and support for Spotify Free, Bluetooth audio and – coming soon – Reminders.

However, it’s possible that you’ve landed on this article because you’re looking for news on Google Home Mini, the Echo Dot rival that were announced at Google’s special event on 4 October. If this is the case, check out our Google Home Mini news.

One of the features that has not yet made its way over from the US is completely free hands-free calls to any mobile number. By default it withholds your number, but you can add your phone number to the Assistant so it appears as you.

The calling feature also takes into account your voice so if you ask it to, for example, call your mum, it knows to call your mum and not your partner’s mum.

The good news is that feature is coming soon.

Also see:  Which Google Home should I buy?

What is Google Home?

But what exactly is Google Home? It’s is a voice-activated speaker which lets you have a conversation with the Google Assistant.

So, on the surface, pretty much exactly the same at the Amazon Echo. But if you’re a Google user, there’s a lot more you can do with the Home.

When is the Google Home UK release date?

Google Home is now available in the UK and the US.

Later this summer it will be available in Canada, Australia, France, Germany and Japan.

How much does Google Home cost in the UK?

Google Home costs £129 in the UK, which is the same price as Google Wifi. Coloured bases cost £18 for fabric and £36 for metal. It’s even cheaper right now for Black Friday, costing just £78 for the annual shopping event.

It is available direct from the Google Store,  Argos, Currys, John Lewis and Maplin, and  EE.

What is the Google Assistant? 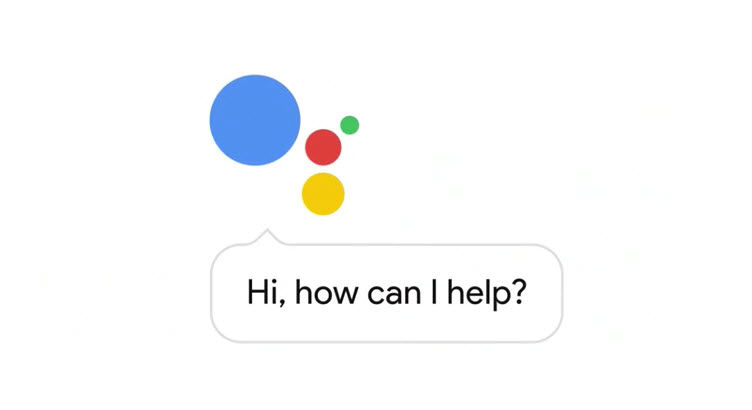 Google Assistant is the conversational ‘bot’ that was announced at Google I/O 2016. It’s an extension of Google Now but, a bit like Siri, allows better two-way conversations.

Google says this is due to advances in AI and machine learning, giving the all-important context to conversations.

One example given was booking cinema tickets. You could say to the assistant, “What’s playing tonight?” and it would understand you want to know which films are showing at your local cinema.

After displaying a few titles, you could say “We’re planning on bringing the kids” at which point the assistant shows family-friendly films.

You could then say “Ok, let’s see Jungle Book”, and the assistant could purchase four tickets and display a QR code you can show at the door. But the conversation could have “gone many different ways”, said Pichai.

Also see: How to add user accounts to Google Home

Instead of choosing a film from the selection, you could say “Is Jungle Book any good” and the assistant would check reviews, display ratings from IMDB and Rotten Tomatoes, and offer up the trailer to watch.

The Google Assistant isn’t limited to Google Home of course. It first appeared on Google’s Pixel phones, but is now beginning to roll out on other Android phones. It is also available for iPhones, as announced at Google I/O 2017, and the new SDK allows any developer to build it into their tech – look out for the ‘Google Assistant Built-In’ logo.

Google’s Rick Osterloh reckons that Home will best Amazon’s Alexa assistant because Google has a richer history of people making voice queries through its browser and Android phones.

This means that the Google Assistant is better placed to “really understand what people are asking for” than Alexa, which relies on Microsoft’s Bing search engine and Wikipedia to answer a lot of questions.

Amazon may have a much bigger library of ‘skills’, which will help the Echo and other Alexa-enabled devices to remain popular, but unless it can improve Alexa’s ability to answer questions rather than simply respond to commands, sales may suffer against Google Home.

The small device has interchangeable bases, in various colours, metal and fabric finishes, allowing you to tailor it to your décor, making it ideal for different environments around the house. Also see: How to set up Google Home

Under the interchangeable grill there is a speaker. There are three speakers to be precise, one low-end driver and two ‘dual-passive’ drivers aimed to deliver a complete frequency range.

The speakers will play your favourite songs and allow the assistant to talk to you. Also see: How to play music on Google Home without a subscription.

The device itself is smaller than you might think: you can see the scale in the photo below. This means Google Home should be discrete in pretty much any room. 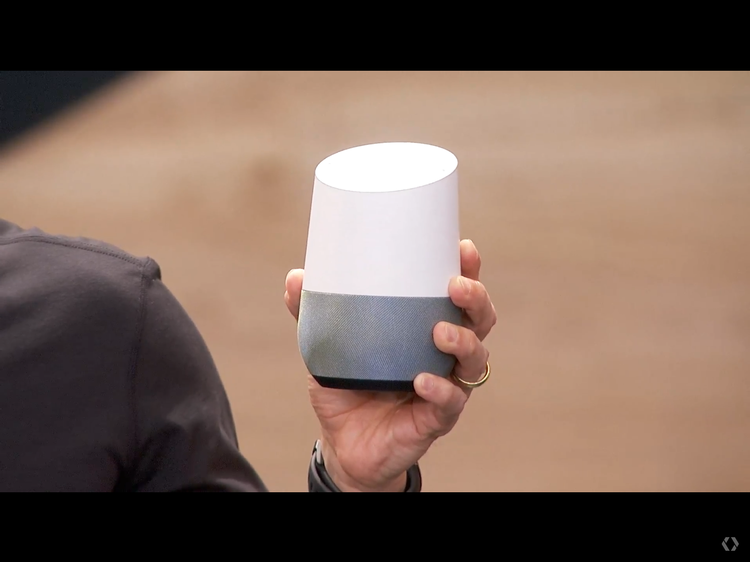 At the top of the device, there’s a ‘display’ which has four small LEDs and a capacitive-touch surface that allows you to interact with the device. It doesn’t have any buttons on top but uses dual microphones to listen for your voice. Also see: How to add item to Tesco shopping basket with Google Home

The device has a single button located on its shell, allowing you to mute the microphone – useful for times when you don’t want it responding. Unfortunately, it doesn’t have an SD card/microSD card slot or a USB port – so you won’t be able to plug and play your own music through a physical device. Also see: Best Google Home tips & tricks

You can set alarms, set timers, alarms, create shopping lists, and Home will also support other smart home devices such as the Nest thermostat (owned by Google), lights and other connected devices.

We’re excited to see the possibilities in the future, with Google wanting to open the device to other manufacturers and allow you to even order flowers or hire a car straight from your Google Home. Also see: How to connect Chromecast to Google Home

Mutliple Google Homes can be placed around the house so you can use it wherever you are. As well as working when you’re close to the device and there’s little ambient noise, Google has also worked hard to ensure excellent far-field voice recognition, which means it will work just as well if you say “Ok Google, reserve a table at Pizza Express for four at 8pm tonight” from across the room while the TV’s on.

You don’t always have to start the conversation. Home can playing an alert tone, and you can respond with “Ok Google, I’m listening”. Home will then read out the alert such as, “Your flight is delayed by 30 minutes” and also give a short traffic report. On the back of that, you could ask the assistant to change your dinner reservation.

In February, Google Home owners in the US got the ability to order products in much the same way you can on an Amazon Echo. It uses the Google Express service and allows you to get products delivered to your home the same day – as long as you live in one of the 12 supported states.

There’s a minimum order value, and delivery fees apply in addition to the annual membership fee for Google Express, but if you’re willing to stump up you can now say to the Google Assistant, “OK Google, order Duracell AA batteries”. 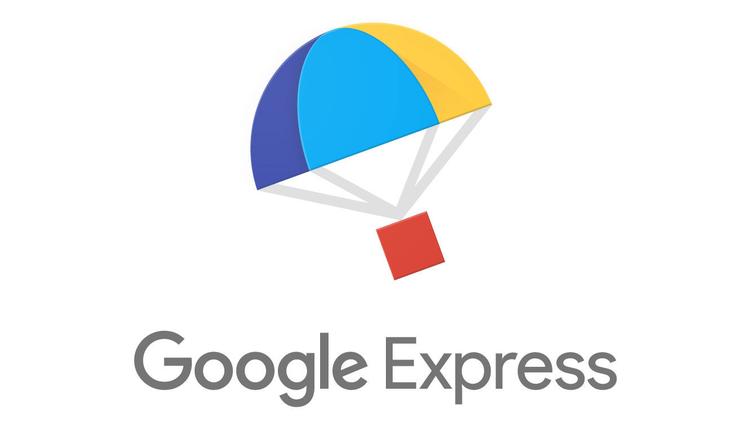 Read next: How to use IFTTT with Google Home and How to reboot Google Home