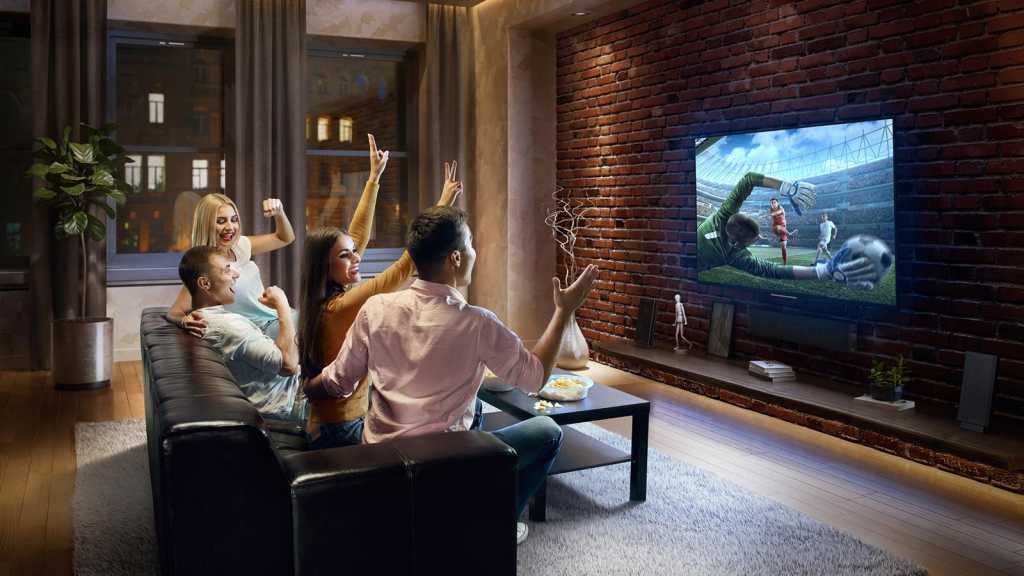 We’re just a few weeks into the new Premier League season, but there’s already been plenty of action. However, the winter World Cup means the 2022/23 campaign will be like no other.

After the 16th round of fixtures is completed on 13 November, the league will be paused to allow players to compete in Qatar. It won’t resume until 26 December, meaning a later than usual final day of 28 May 2023.

Having a break mid-season is unheard of for the Premier League, but it’s already commonplace in many European leagues. The big difference this time is that many players will be competing in high-stakes matches rather than having time off.

Following a busy summer that saw Premier League clubs spend over £2bn, it’s been an exciting start to the Premier League. However, all games were called off last week as a mark of respect to Queen Elizabeth II, and some teams still aren’t in action this weekend. Here’s how to watch five of the matches that are going ahead, including if you’re based outside the UK.

What Premier League games are on TV this week?

Only seven of the usual 10 Premier League matches are taking place this weekend, but five of them are live on TV in the UK:

Chelsea vs Liverpool and Man Utd vs Leeds have been postponed ahead of the funeral of Queen Elizabeth II on 19 September. Brighton vs Crystal Palace had already been called off due to rail strikes, and that remains postponed.

How to watch the Premier League on Sky Sports

You probably already know, but Sky Sports is the main place to watch the Premier League in the UK.

Sky has its own dedicated channel for the league and you’ll find many games on the likes of Main Event and Showcase, too. Throughout the season, the broadcaster is showing a total of 128 live games.

Packages start at £44 per month for 18 months, or from £18 extra per month if you already have a Sky TV subscription. The latter only gets you access to Sky Sports Premier League and Sky Sports Football – for all eight channels, it’s £25 extra per month.

Whichever option you choose, you’ll also get access on your phone, tablet and/or laptop via Sky Go. See all four options on the Sky website.

However, if you sign up to Sky Q with a Sky Sports package, you can also watch in HDR quality. Learn more in our separate guide: How to get HDR on Sky Q

How to watch the Premier League on Now

If you don’t want to commit to a Sky contract and satellite dish on your house, that’s not a problem. Sky has its Now streaming service as an alternative option, and there are no restrictions on the content you can access.

Now is available on a wide range of devices, including smartphones, tablets, laptops, Chromecast and even games consoles.

A Day Pass provides 24 hours of access and costs £11.99 – this is great for one-off occasions. However, it’s going to make much more sense to get the Month Pass if you plan to watch every weekend. Between now and 28 August, it’s available for £25 per month for 12 months, before returning to the usual £33.99 per month after that – unless you cancel.

This offer also includes a month of free Now Boost, which adds 1080p video and Dolby 5.1 surround sound, removes ads and lets you stream on three devices at the same time (instead of the usual 2). After that, it’ll cost you an extra £5 per month.

How to watch the Premier League on BT Sport

Your secondary place for Premier League action after Sky is BT Sport. This season, there are a total of 52 live games available.

There are a few options when it comes to signing up to BT Sport, firstly by combining it with BT Broadband. Put your postcode into the website to see what deals are available.

On the TV side, prices start at £16 per month for the duration of a 24-month contract. In exchange, you’ll get all the BT Sport channels and BoxNation, alongside Freeview, AMC and a recordable TV box.

You can also just use the BT Sport app for £16 per month- it works on mobile, tablet, smart TV and console – or  buy the Monthly Pass for £25 per month. If your device supports it, you’ll still be able to watch in up to 4K HDR quality. Sky customers can get BT Sport added  for £21 per month.

BT also offers a combined package with Sky Sports via Now, which is £41 per month for 24 months.

How to watch the Premier League on Amazon Prime Video

Over the last couple of years, Amazon has gradually increased the amount of sport shown on its Prime Video streaming service. While tennis remains the main sport, there are 20 Premier League games available this season.

When they are (check the schedule above) you can watch via a web browser or use the Prime Video app on a wide range of devices to tune in.

If you’re already an Amazon Prime member then you have access to Prime Video included in your subscription. It currently costs £7.99 per month or £79 per year, and you also get free next-day delivery on many items, music, cloud storage and more. However, it will be increasing to £8.99 or £95 per year from 15 September.

New customers can take advantage of a 30-day free trial. Sign up via the Amazon website, although you’ll need a VPN to access the football if your account if you’re based outside the UK.

Can I watch the Premier League for free?

Not live, provided you’re based in the UK. The BBC has had a few live games since the pandemic began, but that’s not the case anymore.

It means you’ll have to be content with highlights, but there are plenty of places to catch up on the games. The obvious one is Match of the Day, the BBC’s highlights programme. It’s usually broadcast on both Saturday and Sunday evenings, as well as mid-week when there’s a full round of fixtures. It’s available live on BBC One or via BBC iPlayer, although you’ll need a TV licence.

However, if you’d rather not tune in for punditry or manager interviews, Sky Sports uploads highlights of every match (including the ones they’re not showing) to its YouTube channel.

Clips are also regularly posted on Twitter, especially to @btsportfootball and @SkySportsPL.

How to watch the Premier League outside the UK

Before trying to watch UK TV from abroad, it’s worth checking which broadcaster has the rights to the Premier League where you’re based. For example, it’s NBC in the US, Optus Sport in Australia and Canal+ in France.