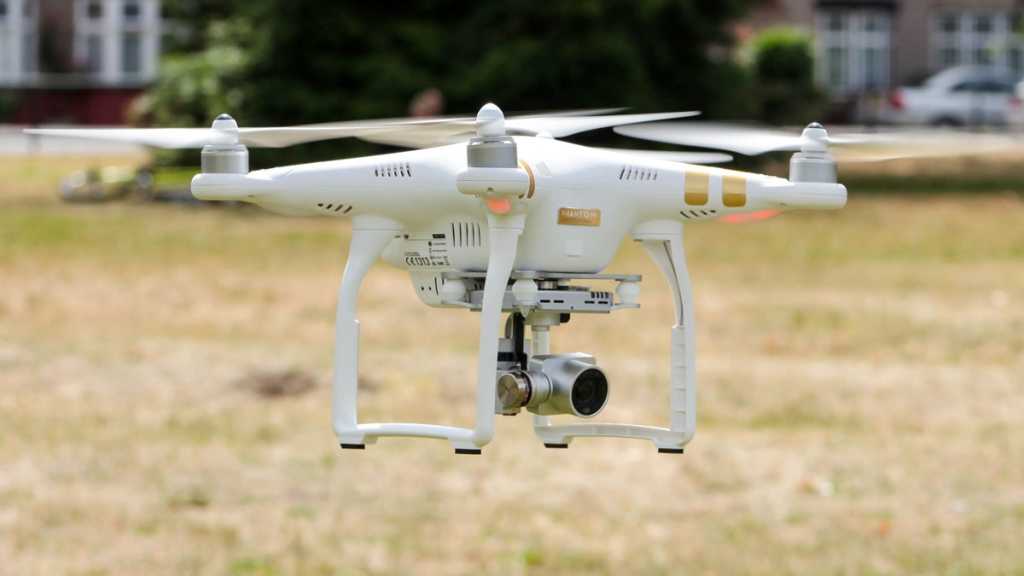 Although personal drones are becoming more popular, it’s hardly as if the sky is filled with a swarm of them. However, a lone drone flown close to your property can be a source of frustration / anxiety / outright anger (delete as appropriate). But what does the law say about drones, filming and photography? Here we explain what’s allowed and what’s not.

We’ve already outlined in a separate article exactly where someone is allowed to fly their personal drone. In essence, it can be flown up to 400ft high but not within 50m of people, vehicles, buildings or structures if it’s fitted with a camera. Plus, drones can’t be flown over “congested areas” or “large gatherings” which means no flying over stadiums or town centres.

There are a few other restrictions, such as airports, nuclear submarine facilities (you may have seen this in the news), Royal parks, and attractions such as the London Eye.

Drone filming law: Not in my back yard

If you see a drone flying close to your house, you’re within your rights to ask the drone operator to stop. If you can find them, that is. Currently, unlike in the US, the UK Civil Aviation Authority does not require these hobbyist drones to be registered or licenced. That situation could change fairly soon, but at the moment, anyone can buy a drone and start flying it immediately (within the CAA’s rules above).

However, you can’t stop anyone from photographing or filming you or your property if the drone is in a public place, such as a pavement or road, or the park opposite you. Again, they must be at least 50m away, and it’s worth noting that most recreational drones are fitted with wide-angle cameras to capture whole landscapes rather than a telephoto lens for close-ups.

This is relevant when it comes to the UK’s privacy laws which cover an invasion of privacy. Note that the CAA regulations are purely about safety. Privacy is a separate issue dealt with by the government. Unfortunately, you’d only really have a case if a drone owner took close-up photos or film of you sunbathing and then posted them on Facebook or YouTube (they’re unlikely to try to sell them to your local paper). The reality is that at 50m or further, those wide-angle lenses mean you’d be a little more than a small blob in the middle of the image.

The only thing the CAA about privacy is that anyone publishing images or footage from a drone must “act responsibly”. That’s also vague but, in theory, the operator would let you know that you might be filmed and also inform you if they’re posting any images of you online.

If you do know the drone owner and you think they’re breaching the Dronecode, you can ask them to stop flying close to you or your home. And if they’ve published video or photos of you on social media – or anywhere on the internet – you can ask them to remove it.

You can also phone the police, but this should be a last course of action. But if a drone has crashed on your property, or caused damage or injury, the operator could face a claim or even charges for trespass or criminal damage. It doesn’t matter if they did it intentionally or unintentionally – the drone is their responsibility. But again, you would have to be able to trace them which might not be possible.

The bottom line is that you can’t stop someone filming you as long as they’re flying within the regulations. Judging distance is hard, though, and proving that they were filming closer than 50m even harder.