Virtual Reality (VR) is still pretty new, but Google has launched a significant new system which will use the latest Android phones and a new headset to provide a much better mobile VR experience than has been seen before. Read our Google Daydream View hands-on review.

The Daydream View VR headset is relatively cheap and is a stylish, easy-to-use VR headset. Here’s what you need to know about the Daydream UK release date and specifications. Also read:  The complete guide to VR.

Back in May at the announcement, Google said Daydream VR will be available “this fall”. The VR headset was announced on 4 October during Google’s event and named Daydream View.

During the event, Google said it spent a lot of time with YouTube ‘stars’ to help it build a catalogue of VR content in time for the launch, this also includes companies and Google partners. Obviously, a VR headset is only as good as the games, apps and videos you can access, and Google seems to be ensuring that early adopters aren’t left disappointed. Also see:  The 2016 Google phone.

As for its competitors, Google’s Daydream View sits between the cost of a Samsung Gear VR headset (around £80) and a Bluetooth controller, which is between £20-30. This makes it considerably cheaper than an Oculus Rift or HTC Vive. 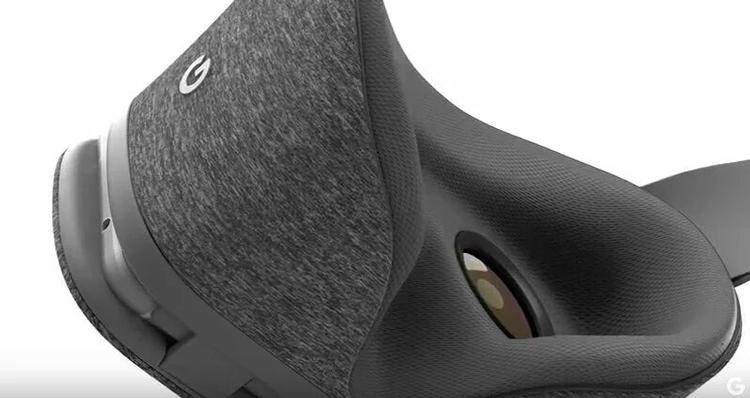 Those headsets rely on a powerful PC, but Google is instead focused on mobile VR, and bringing VR to the masses. Daydream is essentially the evolution of Google Cardboard and is not just a headset, but also a controller and part of Android 7.0 Nougat (see how to get Android N now).

The main problem with Cardboard – aside from the fact that it’s uncomfortable – is latency. The motion-to-photon latency – the delay between you moving your head and the image updating on the screen – is a critical part of any VR system and is also key to you feeling immersed when wearing a headset. That’s why there’s a new VR mode in Android N. Google says it has had to “all levels of the stack are optimised for getting a latency of under 20ms”.

Google Daydream isn’t a single product, it’s a platform for high-quality mobile VR for Android smartphones. It sets out the specifications and minimum requirements for a great VR experience which means that it will initially only be available on flagship phones. No current phone has the necessary hardware – particularly the high-end sensors for accurate head tracking – but Google has told developers to start with the Nexus 6P. Actual Daydream Ready phones will offer a better VR experience, not least because a proper Daydream Ready phone won’t overheat and throttle its performance after a short while like the Nexus 6P will.

All you have to do is look out for a ‘Daydream Ready’ logo, which will tell you the phone meets or exceeds those minimum specs. As well as sensors, the display must have a low persistence (the image must refresh quickly) it must have a fast processor. Manufacturers which are developing Daydream-ready phones include Samsung, LG, HTC, Huawei, Alcatel, ZTE and Asus. Many of these will also make headsets and controllers: Huawei has already confirmed this.

Google’s Pixel X and Pixel XL – the new phones also launched on 4 October with the Daydream View VR headset – they are of course Daydream ready.

So far, these are the two phones confirmed to wear a Daydream Ready badge:

Other handsets might be Daydream ‘compatible’, but it’s unlikely that any existing phone will retroactively be given a Daydream Ready certification. Oddly, Samsung hasn’t said if the new Galaxy Note 7 is Daydream Ready. 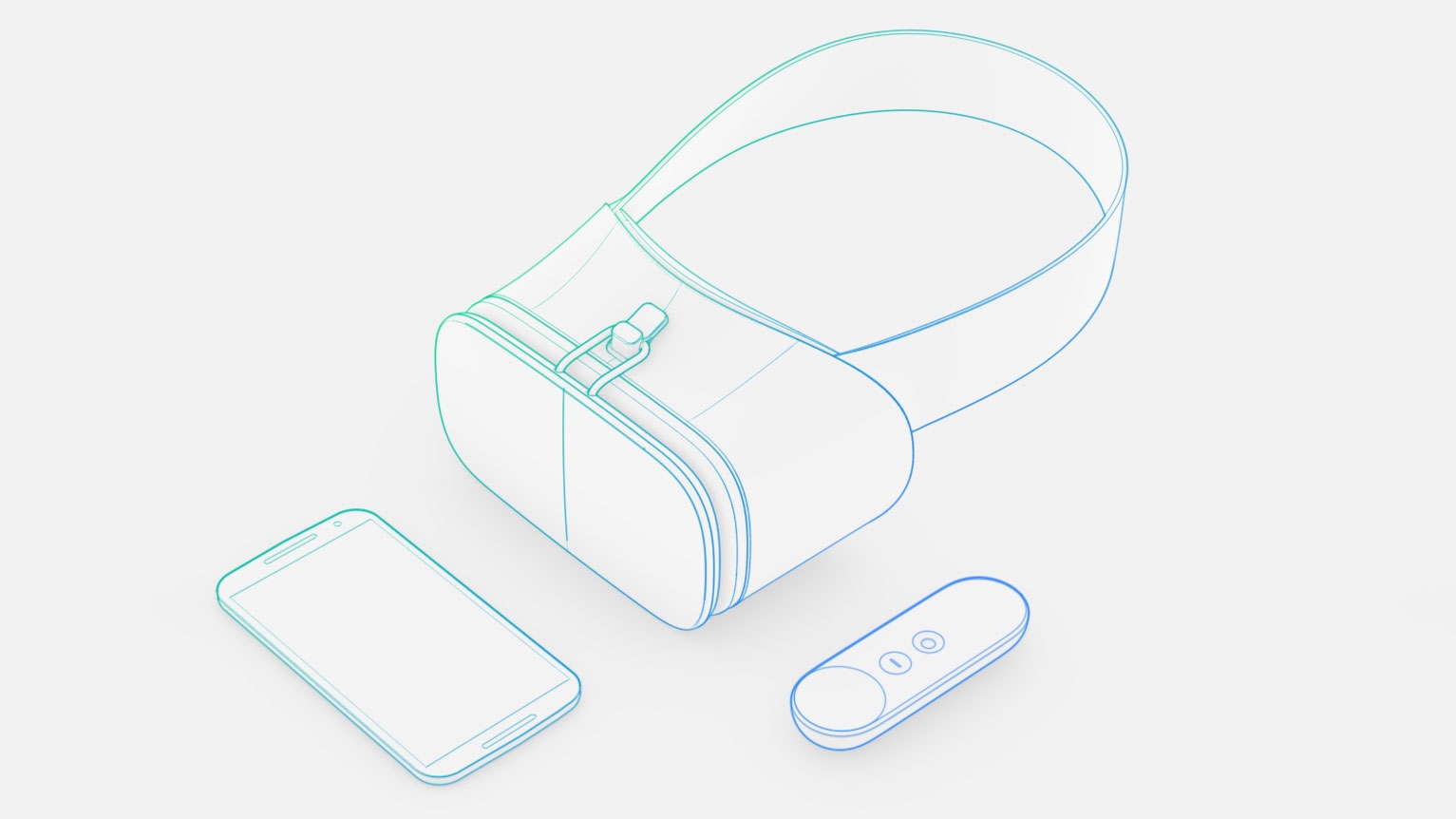 As the image shows, a Daydream headset has a head band, just like the Oculus, Vive and (more similar) Samsung Gear VR. Google Carbdoard didn’t have a band, as it was intended only for brief VR demos.

But like Cardboard and Gear VR, you’ll still insert your phone into the headset, and view the screen through lenses that allow you to see the image clearly as such a close distance. Naturally, you’ll have to wear headphones for immersive audio (just as you do with all current VR headsets). (See also: Best VR headsets)

The Daydream controller is an integral part of the system: it’s not optional. You’ll use it to select things and play games. It’s a bit like an Android TV or Apple TV remote, in that it has a clickable touchpad and a couple of buttons, so it’s easy to use without looking at it. It also has an orientation sensor so it knows where you’re pointing. 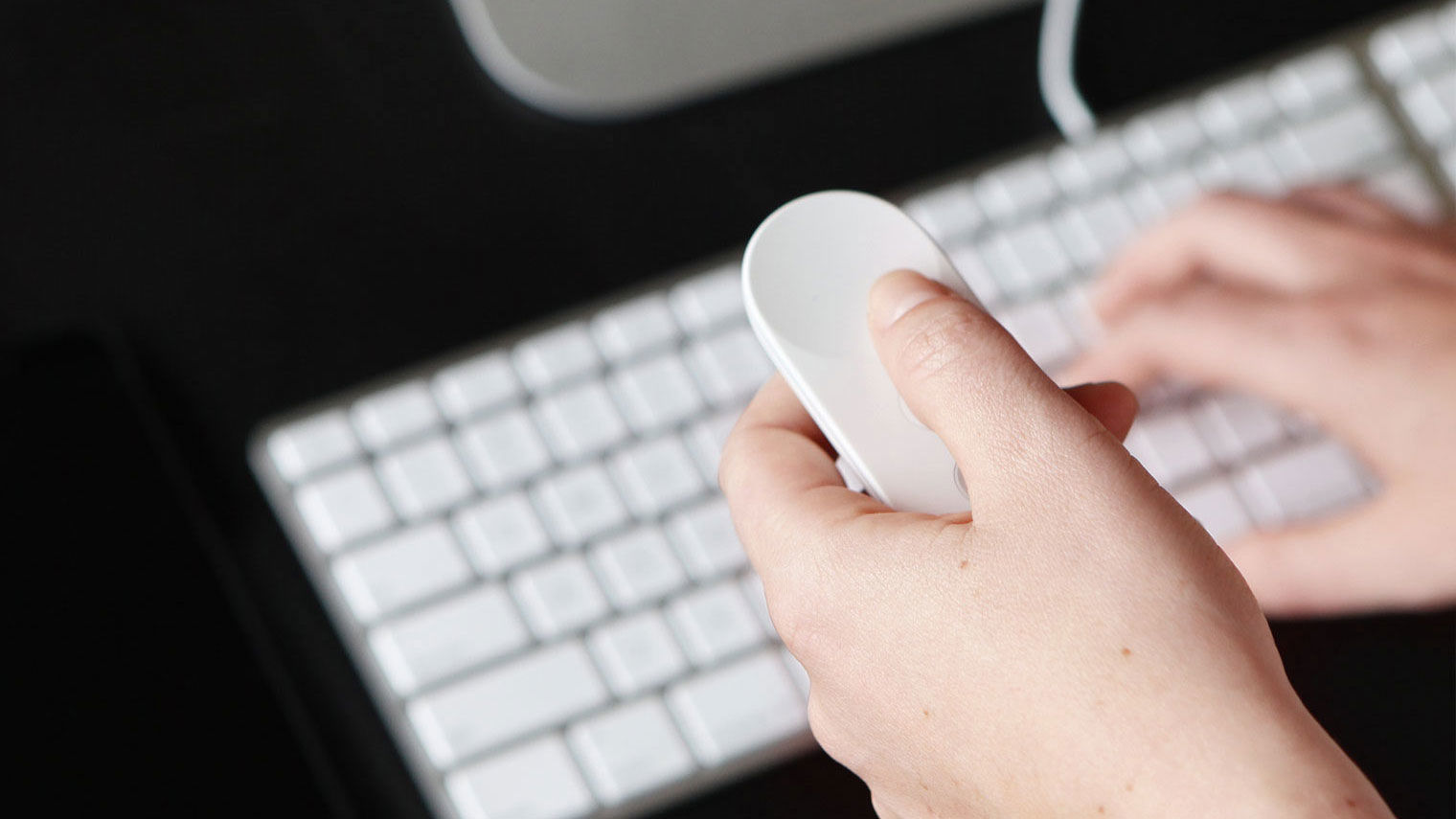 In addition to Android N’s VR mode, you’ll also have a version of Google Play for VR which you’ll find on the Daydream Home screen (below). This may sound obvious, but it’s important because it means you can explore apps in a virtual reality environment with screenshots and videos, install them and then play them – all in one interface. It’s something Oculus currently lacks. 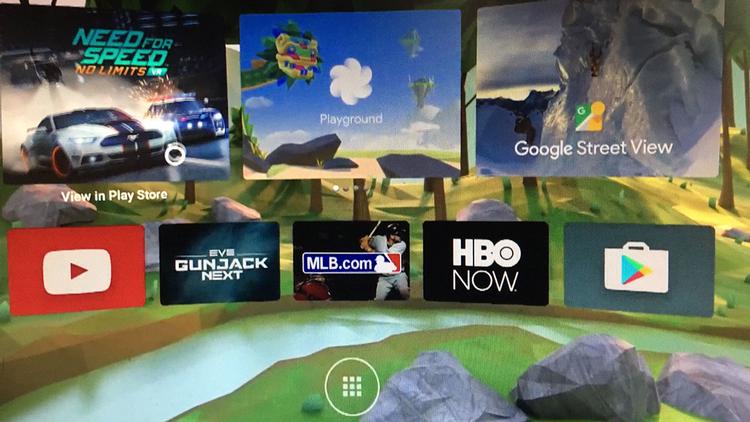 As the teaser screens show, Need for Speed: No Limits will be one of the launch Daydream games, as will EVE: Gunjack, a space shooter and ‘Action Bowling’. Google has updated some of its own apps for VR, including Google Play Movies, Street View and Google Photos.

YouTube is a big one: you’ll be able to create playlists in VR, and it also support spatial audio, so sounds will come from different places depending on where you’re looking. Plus, you’ll be able to watch all standard videos as well as dedicated VR videos in YouTube. Given that YouTube isn’t available on the Oculus or HTC Vive, it’s one extra reason (beyond the overall low cost) to get Daydream. Other video services include HBO Now and MLB.com.

Google held an event on 4 October. Here is how to re-watch the live stream.