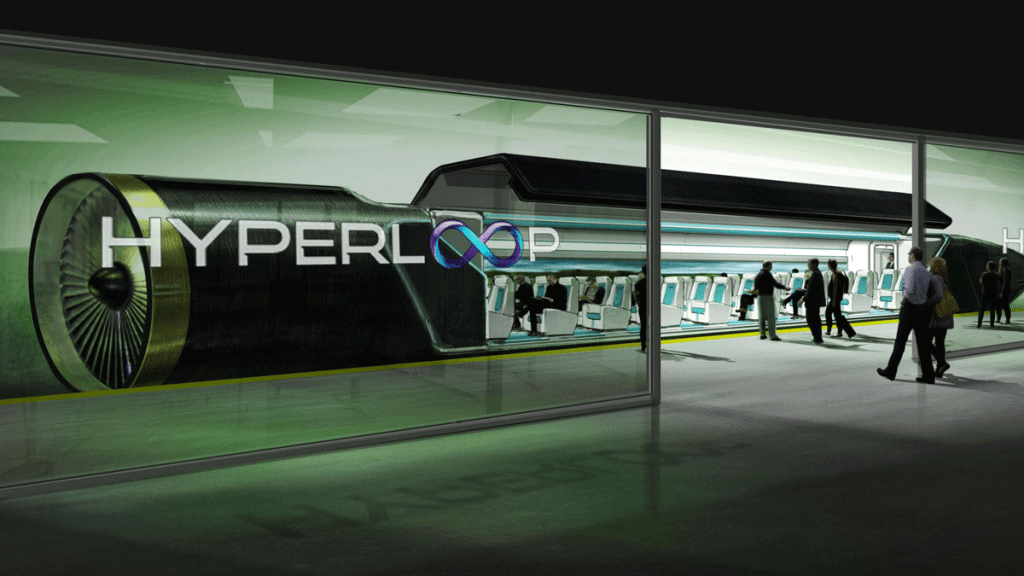 While much attention is being paid to the self driving cars of Google and Apple, there is currently another very exciting transport revolution underway. This one doesn’t involve a modern version of Knight Rider though, but instead sees the future of travelling between cities more along the lines of sitting in capsules that are being propelled at over 700mph through a series of large tubes.

It might sound crazy, but a recent demonstration of the concept in the desert outside Las Vegas shows that a number of companies are pouring lots of time and money into making the idea a reality. It’s called Hyperloop, and could be one of the most important innovations in technology we’ve ever seen.

See also: Self-driving cars in the UK – the story so far

What is Hyperloop? Catching the tube

Ok, we admit it, the idea of careering down pre-fabricated tunnels with little or no control over a vehicle doesn’t seem like a great way to get from A to B. That being said, hurtling through the skies in a metal barrel with engines strapped to the outsides doesn’t exactly appeal either, but we all do it and know that flying is actually the safest way to travel.

While the Hyperloop might sound like something out of a 70s sci-fi film, the truth is the concept is genuinely seen as a way to overcome the serious energy, pollution, and logistical problems posed by trains, cars and lorries. Although variants on the idea have been around for decades, things became far more focused in 2013 when Elon Musk, the entrepreneurial brains behind Paypal, Tesla, and SpaceX, released a design outline for the Hyperloop Alpha and challenged companies to build it. 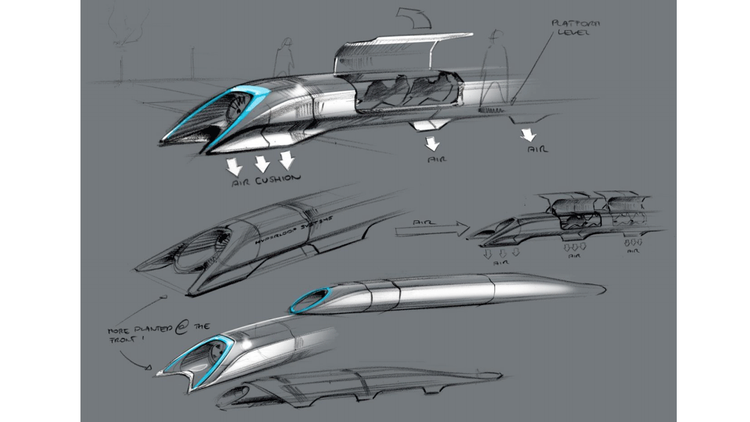 ‘It’s a low pressure tube,’ explained Musk to CNN, ‘with a pod in it that runs on air bearings, on air skis, with an air compressor on the front that’s taking the high pressure air build-up on the nose and pumping it through the air skis. I swear it’s not that hard.’

Musk’s confidence in the idea shouldn’t be taken lightly. He has already proven that electric cars can be both desirable and functional thanks to his Tesla vehicles, and is now on the verge of making commercial spaceflight a reality with his SpaceX program which recently brought back cargo from the International Space Station for NASA. All these distractions mean he can’t commit to a new venture, but a number of engineering teams around the globe are already on the case.

What is Hyperloop? Competing to build the future of transport

One of the leading companies in the chase for a viable, working solution is Hyperloop One. Its design remains close to the one laid out by Musk, with the tube system housed on concrete pylons that suspend them above the ground. This has several benefits in terms of building the system as it can largely follow existing road networks, avoiding expensive land acquisitions, and makes the tubes safer when it comes to earthquakes. 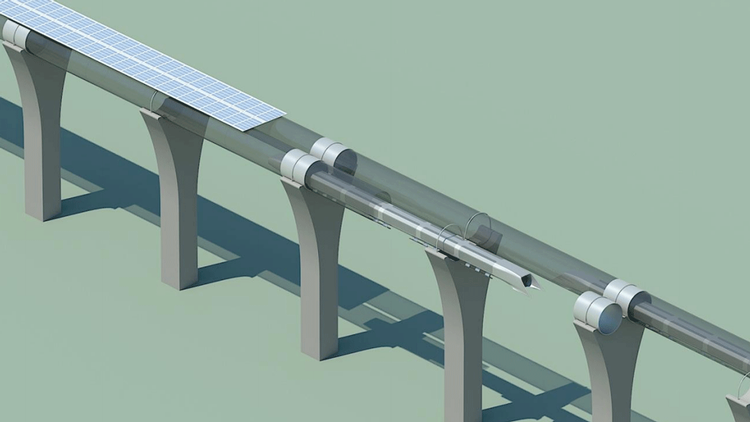 The fully enclosed tubes will maintain an ultra-low pressure environment. This creates a near vacuum which, due to the tiny amount of air resistance, will allow the capsule to travel at speeds in excess of 700 mph. Powered by an electric propulsion system, the capsule will also make use of the compressor on its nose to suck in air rather than displacing it, which will then pull the pod forward. The whole system is set to be powered by renewable solar energy, the upshot of which should be clean running and lower fare prices for passengers. 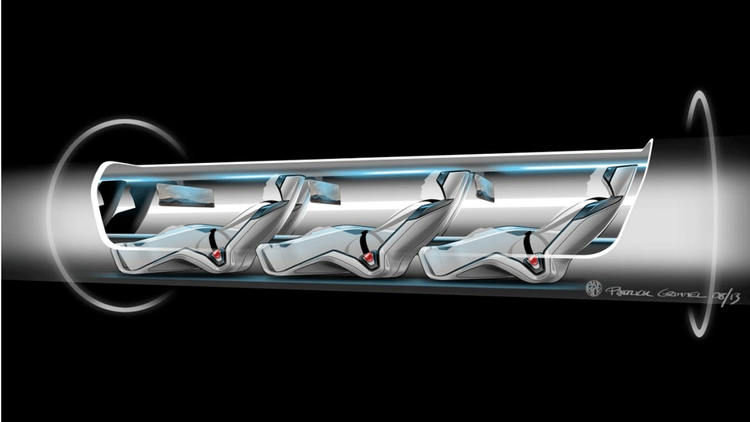 Of course much of this is theoretical at the moment, as the technology is still being designed, but on May 11th 2016 Hyperloop One invited the tech press to a desert just outside Las Vegas where it gave a working demo of an early prototype. The journey only lasted a mere five seconds, but in that time the test vehicle tore down the tracks, going from naught to one hundred miles and hour and producing 2.5G of thrust. This exterior model is little more than a proof of concept at the moment, but Hyperloop One predict that it will have a system that will carry humans by 2021. 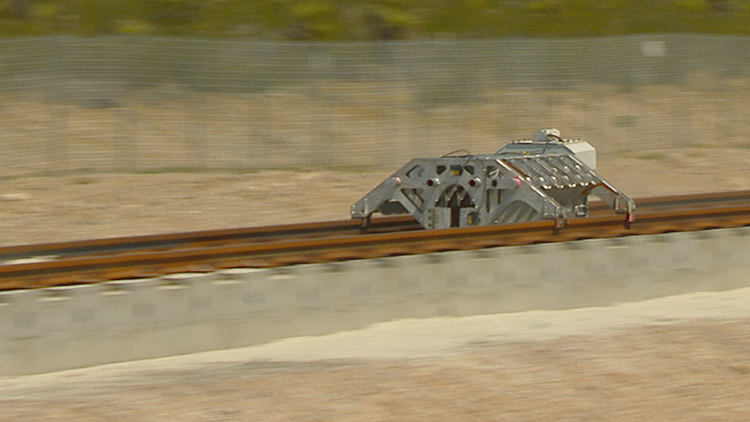 What is Hyperloop? Why does this matter?

While there are high speed trains already in existence, the potential for Hyperloop technology is enormous. In theory the networks would be cheaper to build, power, and maintain. The incredible speeds achievable would also have profound implications for urban life. With so many major cities groaning under the burden of population growth and housing problems, the possibility of living in say Newcastle and commuting to London in just over 25 minutes could help alleviate the pressure and allow people more choice in where they live. 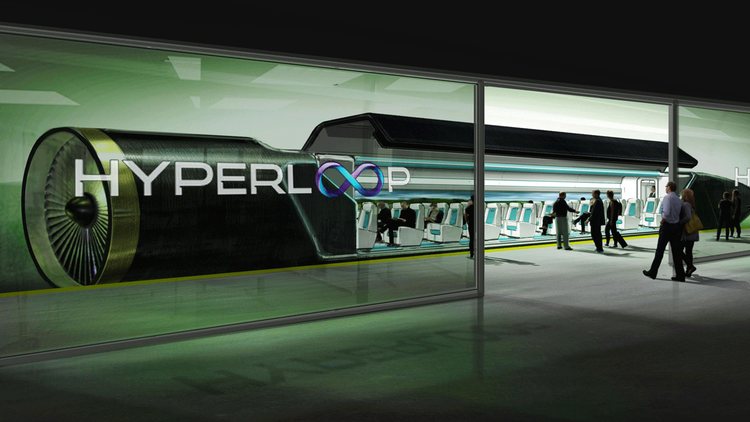 Haulage would also be another potential area for Hyperloop, with systems adapted to ship goods around the country at high speed. It’s still early days, but if the engineering teams keep up the current rate of innovation, it’ll only be five or six years until we could all be shooting across the country at 700 mph while reading the newspaper.

‘When you think of Hyperloop,’ says Rob Lloyd, Chief Executive officer at Hyperloop One, ‘you think maybe this is gonna happen sometime, years from now. What we’ve demonstrated is it’s going to happen much quicker than anyone imagines and, I tell ya, when it does the world will never be the same.’