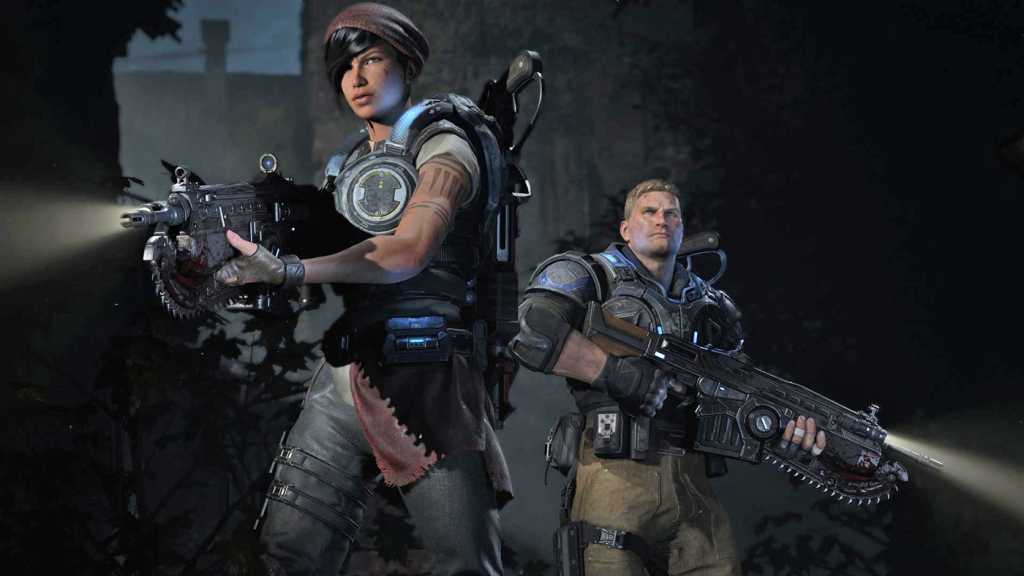 The game of the year has already been decided for many gamers, and it’s not  No Man’s Sky, The Last Guardian or even Final Fantasy 15 – it’s Gears of War 4. The Xbox-exclusive franchise has had huge success over the years and despite being recently taken over by a new developer, Gears of War 4 looks to follow in the successful footsteps of previous Gears of War games. Here, we discuss the Gears of War 4 UK release date and platforms along with what to expect from the game and trailers. Plus: How to buy Gears of War 4 right now. Read next: Most anticipated games of 2017

Latest update: Developer The Coalition is releasing a patch to punish players who rage quit the online multiplayer – Read more

The biggest question on the lips of Gears of War fans is “When is Gears of War 4 being released in the UK?” and thankfully, we have an answer. Microsoft has announced that Gears of 4 will be available not only in the UK but worldwide from 11 October 2016, just over five years since the release of Gears of War 3.

We’re just hoping that The Coalition, the developers of the game, don’t suffer from the same delays as PS4-exclusive Uncharted 4: A Thief’s End, which has had multiple push backs.

In order to play the game, you will need to purchase either the Standard or Ultimate Editions of the game, the latter including the DLC season pass and some exclusive digital bonuses.

You can buy the standard edition for £19.99 from Amazon UK at the time of writing, while the ultimate version will set you back £54.99 from Amazon – that may sound steep, but it’s less than the cost of buying both the game and the season pass separately.

Microsoft has already released a variety of DLC for Gears of War 4, with more on the way. You can pick up individual releases, or buy them all in the DLC season pass, currently available from Amazon for £39.99.

That DLC includes a selection of character skins and multiplayer booster packs, but most importantly new maps: 24 in total, with two released every month for a year. Gears of War 4 has adopted a novel pricing system though – you can actually play the maps online without purchasing the DLC, but only through the game’s default matchmaking. Buying the DLC gives you the ability to select the new maps at any time for play on private servers, as well as access to a Developer Playlist where new maps, features, and game modes are tested prior to release.

In Title Update 3, out from January 2017, the game also introduces a new method to deal with rage quitters – aka players who quit a match as soon as they suspect they might be on the losing team. Anyone who leaves a match before it ends will face a temporary matchmaking ban – and the more often they do it, the longer the bans will become. Squads with suspended players will also be restricted from matchmaking until the ban is lifted.

Thankfully, there’s also a way to avoid the penalty. The Join In Progress feature allows players to re-join a match within 5 minutes and thus avoid the ban – ideal for hotheaded players who immediately regret quitting, or simply for those who are dropped thanks to internet connectivity issues, and don’t want to be penalised for it.

So, what do we know so far about the Gears of War 4 gameplay? Not a lot admittedly, but what we do know is enough to make us extremely excited to get our hands on it in October. Gears of War 4 was officially revealed back at E3 2015, and gave us a glimpse of what to expect, along with a more recent trailer which can be found at the top of this page. The game is set 25 years after the events of Gears of War 3, and gamers find themselves playing as JD Fenix, son of previous Gears of War protagonist Marcus Fenix, along with buddies Kait and Del.

After the events of Gears of War 3 (SPOILER ALERT), the Imulsion Countermeasure weapon not only destroyed the Locust, but also damaged the planet of Sera. How? The human population dwindled, with mankind surviving in walled cities under martial law – and we can already assume how that ended up. Of course, just like his dad, JD Fenix is pretty handy with a gun and fights monsters, and this is what we saw in the first trailer.

The E3 2015 gameplay trailer showcased JD Fenix and Kait fighting off a swarm of aliens in a Gothic backdrop, however, gunplay wasn’t the only feature on display. The video showed off the varying weather effects of Gears of War 4, from light breezes to heavy windstorms that should effect gameplay in different ways. The second trailer doesn’t give away much with regards to gameplay, but instead tells an (albeit brief) story about JD Fenix both as a boy and now, with a cover of the classic song “The Sound of Silence” playing in the background. It’s emotional, but in a good way.

Read next: Best Xbox One deals in the UK