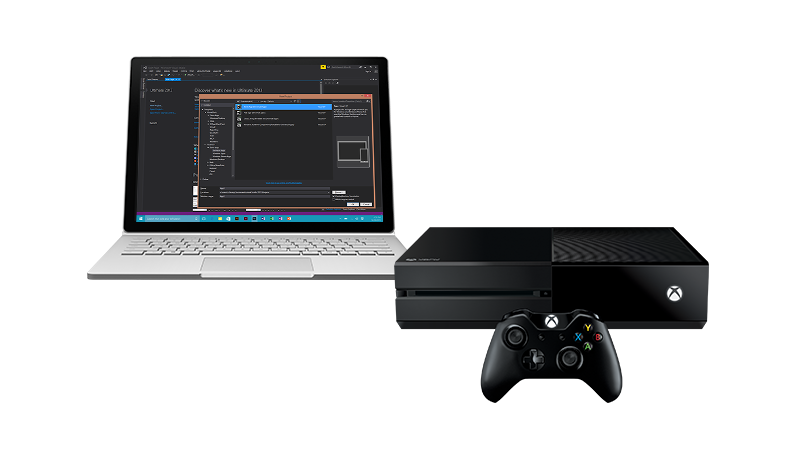 During the Build keynote, Microsoft confirmed that Universal App will arrive on the console in the coming months with this summer’s Anniversary Update. The new firmware will also come with a Dev Mode to help create and optimise apps. Although that update is a way off, there’s a preview of the Dev Mode is available now to try out.

Installing this will activate your Xbox One for development and enable you to write UWP (Universal Windows Platform) games and apps.

In order to fully setup your Xbox One for development there are some steps you need to take. It’s not quite as simple as installing an app and opening it up on the console. Do and check the following first:

Note: Installing this preview SDK on your PC will prevent you from submitting apps to the store built on this PC.

On your Xbox One

Once all the above is done, open the Dev Mode app on your Xbox One and click through to get an activation code. 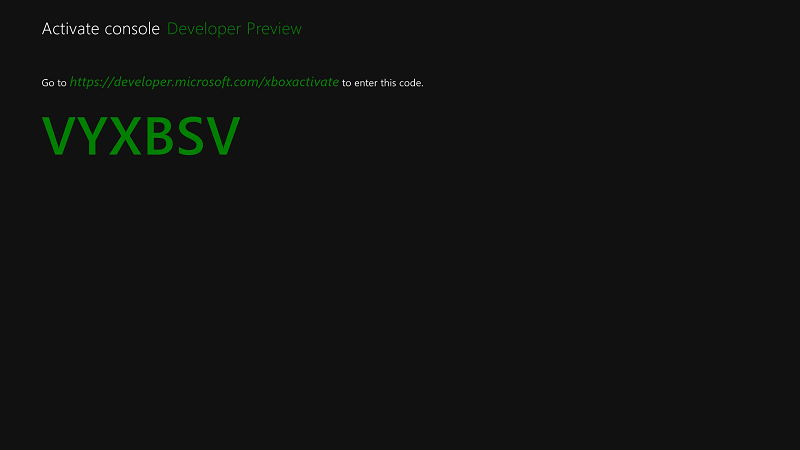 Enter this code into the ‘xbox activate page‘ in your Dev Center account. Click ‘agree and activate‘.

Note: You have a limited number of devices you can activate. 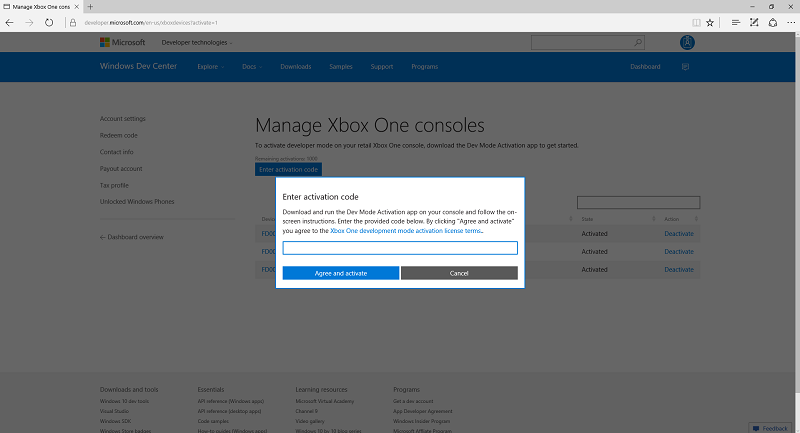 Now put the kettle on while your Xbox One console installs the preview build which may take a few hours. 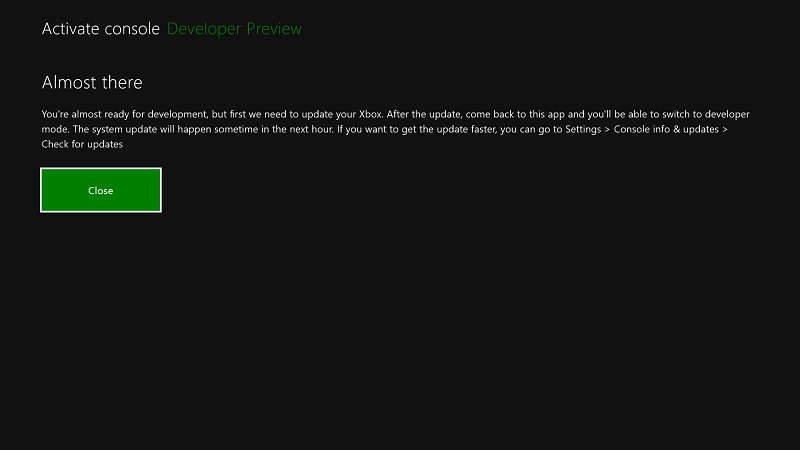 Once this has completed, open the Dev Mode Activation app and click ‘Switch and restart’ to go to Developer Mode. 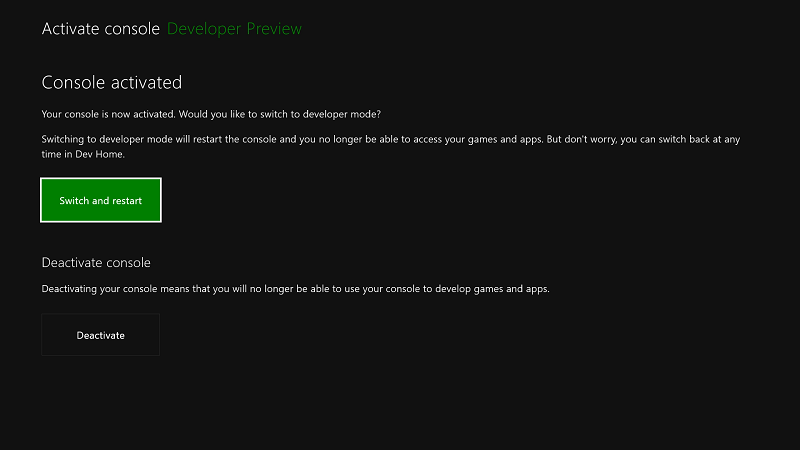 This will take longer than usual but you’re all set once it’s done. From now on, use the Dev Mode to switch between retail and developer mode. Either select ‘Leave developer mode’ or do the above to switch back. 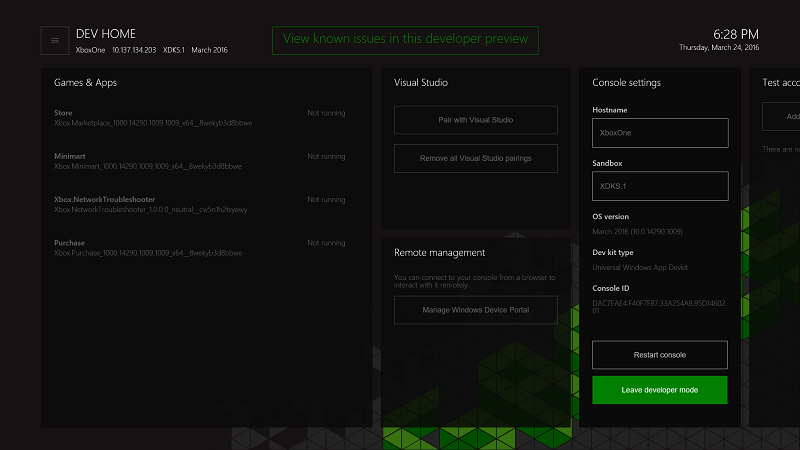