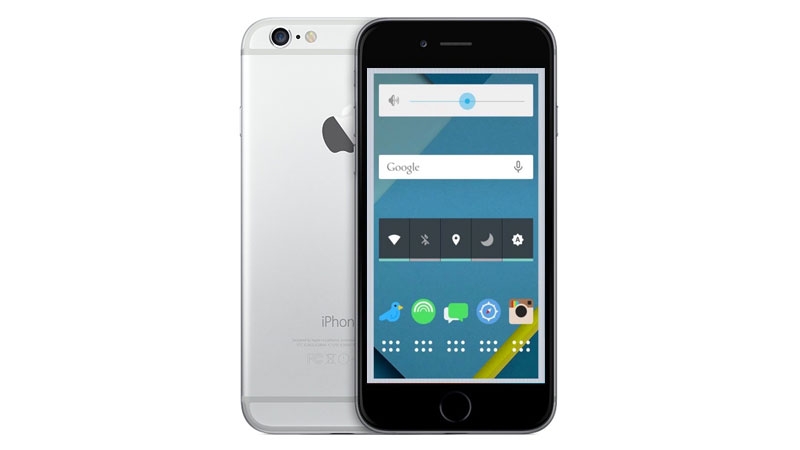 The iPhone is arguably one of the most popular smartphones on the market, with more and more Android users deciding to make the switch to iOS. However, as we all know, iOS and Android are two completely different operating systems that look and perform completely differently, and the change may be difficult for Android users. However, we’ve found a way for iPhone users to turn iOS into Android complete with lock screen widgets, a redesigned notification center and of course, the Android back button. Read next: How to download YouTube videos on an iPhone or iPad

How to turn iOS into Android: Andrios

So, how can you turn iOS into Android? While there is no way of officially (or unofficially for that matter) load the Android operating system onto an iOS device, but there is something you can do to sprinkle Android-y goodness on your iPhone. It’s called Andrios, a jailbreak tweak that was launched back in May 2015 to quite a bit of hype. Why? Because it essentially turns your iPhone into an Android device complete with Lockscreen widgets, a redesigned Notification Centre and more. You can still access all your iOS apps and features though, as Andrios is only a ‘theme’ essentially and all the inner workings of iOS are still present.

So, what’s so good about Andrios? For a starter, it brings the Android notification center to iOS complete with toggles to important settings like Bluetooth, Wi-Fi, Volume, Airplane mode, etc. while also redesigning the volume slider menu to contain a music bar, search bar, and volume controller. 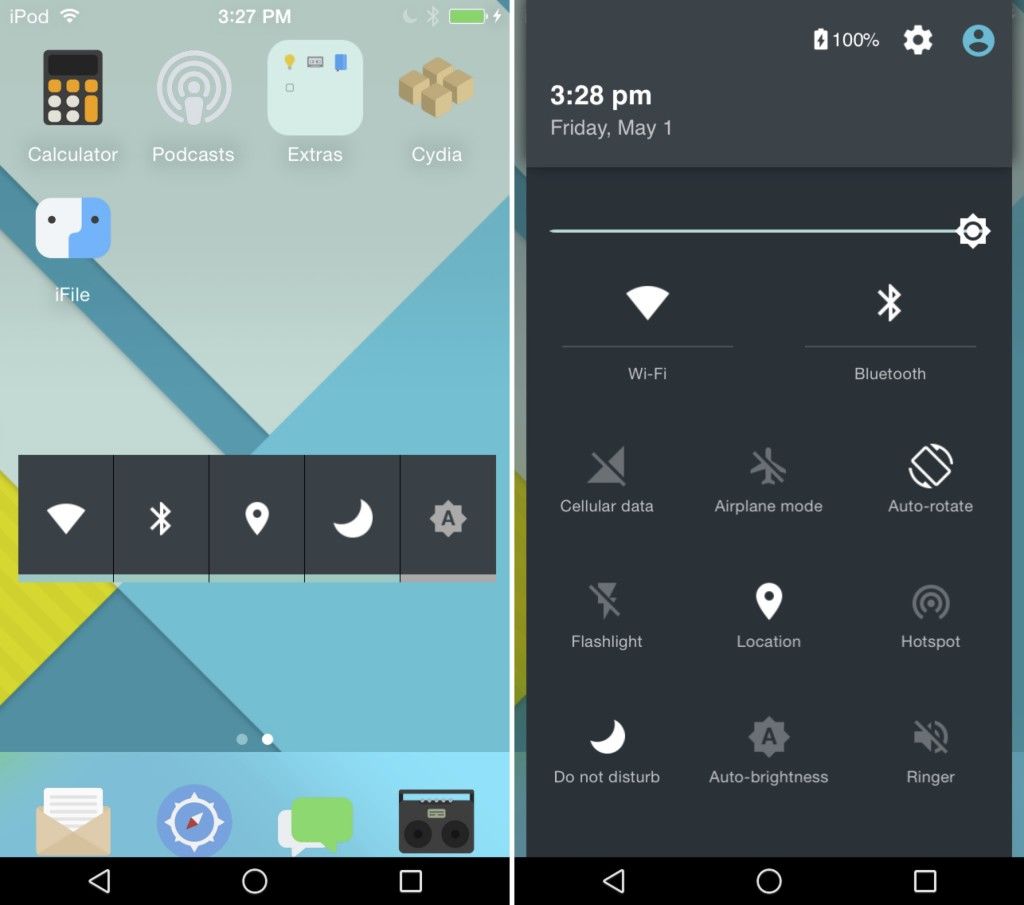 It also offers the Android Action Bar containing back, home and app switcher buttons for the ultimate Android experience. Users can switch to the previously used app by tapping on the back button while the middle (home) button offers a software equivalent of Apple’s home button, returning users to the main iOS interface. The app switcher button will, of course, take you to the app switching menu, and holding the button will clear all open apps.

Andrios also offers the ability to add widgets to your iOS lock screen, although we’re not quite sure where the widgets would come from as no iOS app will officially provide lock screen widgets. So, how do you get this theme and apply it to your iPhone? Carry on reading to find out.

Before we go any further we should mention that as Andrios is a jailbreak tweak, it may not be 100 percent bug-free as unlike with the App Store, apps don’t need approval before being listed.

Read next: How to root an Android device

How to turn iOS into Android

Step 1) The first step is to jailbreak your iPhone, which isn’t the easiest thing to do – especially as there is no current jailbreak for iOS 9.3 (although one has been teased so fingers crossed!). This means that unless your phone is already jailbroken or you’re running a version of iOS that can be jailbroken, you’re out of luck. For more information on jailbreaking, take a look at our sister site Macworld UK’s ultimate ‘how to jailbreak’ guide.

Step 2) The next step is to open Cydia (the jailbroken App Store) and search for the tweak discussed above, Andrios. Once you’ve found the tweak, buy it (It’s up for $3.99 at the time of writing) and wait for it to be downloaded. Depending on your setup this may require Winterboard, a theme app for jailbroken devices.