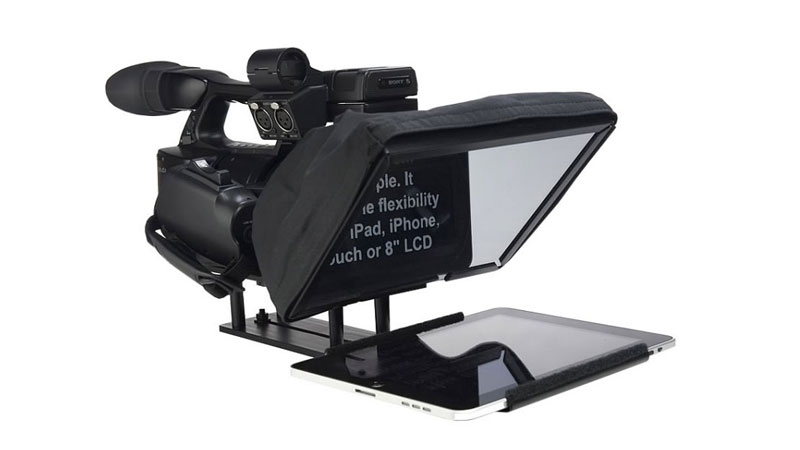 Tablets are notoriously versatile devices that can be used in many a situation, from watching your favourite TV shows to editing your own movies – but what about being used as a teleprompter? While there are apps on Google Play that can automatically scroll through a script much like a ‘proper’ teleprompter, it’s only part of the solution. Here, we talk you through how to use a tablet as a teleprompter to achieve professional quality video, along with a few helpful tips from us at PC Advisor. Read next: 20 best tablets of 2016

The first thing you need is a tablet, of course, loaded with a teleprompter app and your script, which we will come to in more detail below. Once you’ve downloaded your app of choice and loaded up your perfectly worded script, the next step is to either buy or build a mount that’ll attach to your DSLR or video camera. This allows you to read your script while looking directly into the camera and maintain eye contact with the audience at home, helping to show confidence and engage the viewer.

The teleprompter accessory may be the most expensive part of the setup, so it’s worth having a think before you decide to throw down £200-500 on a mount. There is also the option to build your own rig to attach to your camera and tablet, but many issues could arise from seeing a visible teleprompter reflection in the video to being unable to read the teleprompter due to light leakage. We’ve not been successful in making our own on a small budget, but please feel free to let us know in the comments if you have any suggestions.

Once you’ve bought your accessory and attached it to your video camera, you’re ready to start recording – if you read this article and follow our advice, you should end up with something near professional standard.

Read next: Best Android tablets of 2016

How to use a tablet as a teleprompter: Best autocue apps for Android tablets

The first choice you need to make is which teleprompter app to use. There are a few teleprompter apps on Google Play that offer typically the same thing, although there are a handful of apps that stand out. One such app is the £2.99  Teleprompter Pro for Android, a reliable option whose counterpart iOS app was featured in Apple’s ‘Make a film’ ad campaign. It offers standard teleprompter functionality including the ability to import scripts via Dropbox, mirror the text for a teleprompter system and control playback via a Bluetooth keyboard. There’s a  Lite version available too, for those that want to get a taste of the app before splashing out.

Of course, if you’re looking for a free, no-thrills teleprompter app then Simple Teleprompter is a good option. Offering the ability to import text, change scrolling speed, colours and more, you can’t really complain for a free app. It even has a mirror mode to be used with a professional teleprompter setup, which is what we require for our setup.

The autocue accessory may possibly be the most expensive part of the setup (minus the tablet and camera, of course!) and thus, the decision to buy one shouldn’t be taken lightly.

We at PC Advisor use the ForestAV iPad Teleprompter kit that can be bought from Amazon, which costs almost half the price of other Autocue packages at £265 and still provides great results. Even though the name mentions the iPad and not general tablets, the mount can be adjusted to accommodate for smaller tablets, although it won’t accommodate 10in+ tablets. 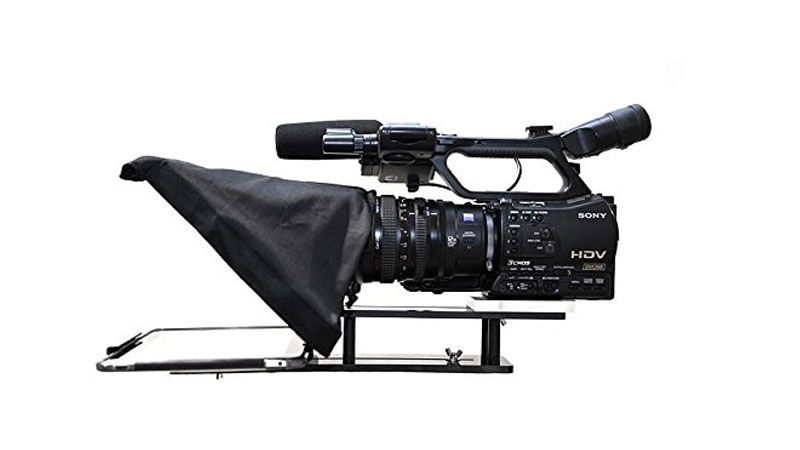 The ForestAV kit includes premium teleprompter glass “designed to provide the perfect balance of reflectance and pass-through without any distortion” and even comes with an aluminium flight case to transport it. It takes around 5-10 minutes to set up and doesn’t include a tripod so that will have to be bought separately, but we feel that the quality produced makes the £265 price tag justifiable.

Once you’ve got all the kit it should be fairly easy to assemble – just follow the instructions from the manufacturer, then slot your tablet and camera into place. But before you go and kick-start your presenting career, let us at PC Advisor pass on a few tips that we’ve found valuable when reading from a teleprompter.

The first one is important – find the perfect scrolling speed. You’ll find that it may take a while to find a speed that is right for you, as if it’s slightly too slow or too fast, this will be obvious to viewers because you’ll either be talking extremely fast or taking pauses mid-sentence waiting for the autocue to catch up.

The second tip is to keep your distance. We usually stay at least three metres away from the teleprompter at any time, simply because the closer you are, the more obvious it is that you’re reading from a teleprompter. This is because when you’re too close, the left-to-right movement of your eyes reading the teleprompter becomes easily noticeable. Experiment with ideal setups depending on your location, and put a marker (a bit of tape? Rubber band?) on the floor so you know exactly where to stand.

Our third tip is to loosen up. When reading from a teleprompter, it’s easy to forget that you’re being filmed and as such, you may not be as ‘animated’ as you would be when talking to a friend or colleague. Make gestures with your hands or make facial expressions to emphasise what you’re saying, and move your head when stressing important points. Sitting still and looking straight at the camera for four minutes can look unnatural and again, obvious that you’re reading from an autocue.

And that’s about it! Remember to stay confident, read at a regular pace and most importantly, enjoy yourself.

For more help on choosing an appropriate tablet, take a look at this feature: which tablet should I buy?