The studio behind Remember Me and Life is Strange, Dontnod Entertainment, has been hard at work developing an action role-playing video game called Vampyr. The game is based on the 1918 London Spanish flu pandemic, which resulted in one of the world’s deadliest human disasters and cost 50-100 million lives – at the time three to five percent of the world’s population.

Here’s everything you need to know about Vampyr, from the release date to gameplay details and a collection of trailers for you to binge on ahead of release (including the latest gameplay trailer, available above!). For more information, check out our full Vampyr review.

When is the Vampyr release date?

While Vampyr was first announced in 2015, it’s wasn’t expected to come out until late 2017. The game had been confirmed for a November release window, but it was pushed back weeks before, to Spring 2018.

Then, in February 2018, Dontnod announced that Vampyr would be released slightly later than planned (again!), with the game now due on 5 June 2018. It’s now available to buy in the UK and around the world, and you can pick it up from any of the vendors listed below.

Vampyr is now available to play on PS4, Xbox and PC, and those interested can buy the game from a number of retailers. You can head to Amazon (£40.99), the PlayStation Store (£49.99), the Microsoft Store (£49.99) or GAME (£40.99) – those that pick up a physical copy from GAME will also gain access to the Hunters Heirlooms DLC. 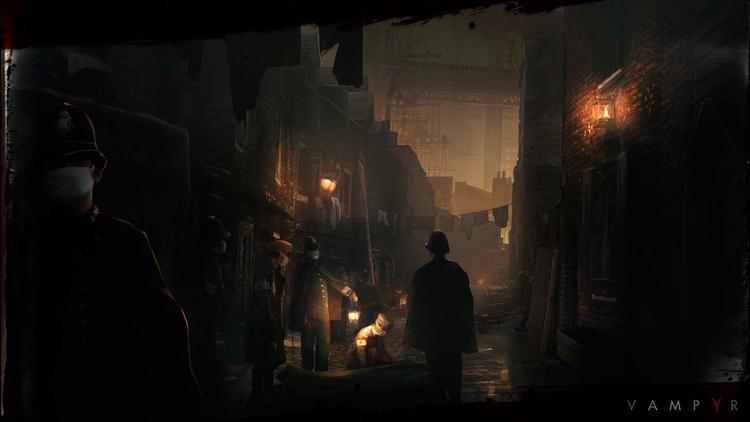 What can we expect from Vampyr gameplay?

Vampyr offers what might be a crucial gaming first: the chance to be a vampire doctor. You play as the newly turned Jonathan Reid, and the actions you take will ultimately decide how the game evolves.

Based in London during the 1918 Spanish Flu epidemic, Vampyr boasts a semi-open world setting, allowing you to roam the streets to find your next target. It’s up to you who you feed on though – will you limit yourself to villainous sorts, or freely feed on the innocent? Every decision has an effect on the wider community – Dontnod really wants you to feel bad for killing innocents. 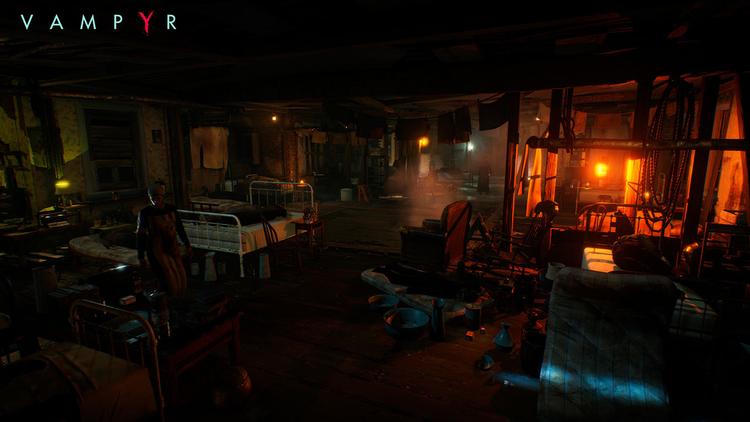 You have to improve your combat skills, charm, and level up your character to progress through the game and survive the vampire hunters coming after you. You will be able to craft your own weapons, which brings a plethora of crafty ways to kill or defend yourself from attackers.

From what we can see so far, the game will have a dark setting (mainly because you’re a vampire, and we all know they dislike light!) and looks to promote sneaky movements. We see it as a cross-breed between Assassin’s Creed and Dishonored, which sounds pretty great to us.

For those with the time, a May 2018 dev livestream showcased just under an hour of uncut Vampyr gameplay, giving us an in-depth look at missions, the upgrade system, combat and the consequences of your actions.