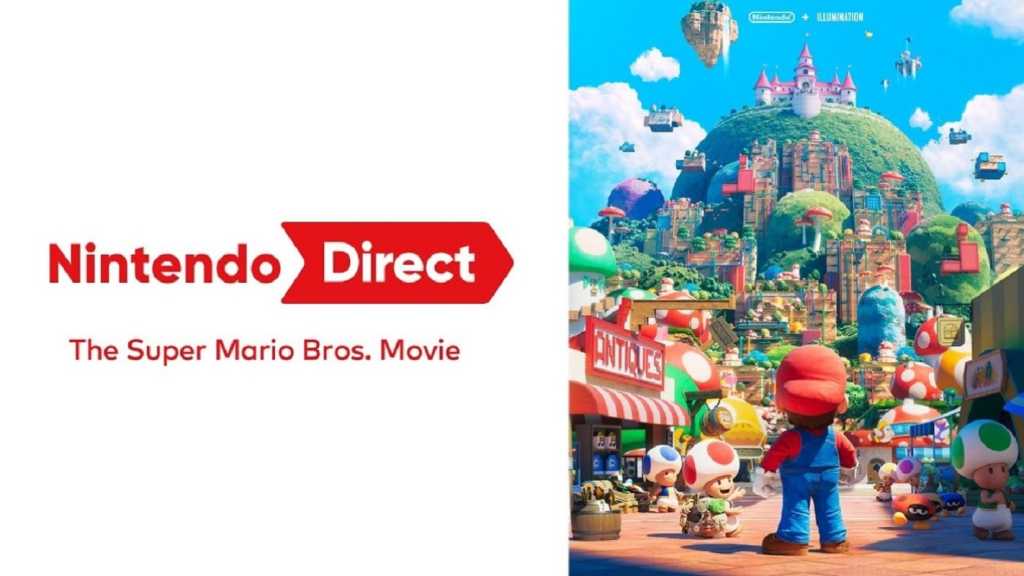 The next Nintendo Direct presentation is dedicated to the upcoming Super Mario Bros Movie which will be released in cinemas on 7 April 2023.

If you want to tune in live, then we have everything you need to know.

When is the next Nintendo Direct?

The next Nintendo Direct will take place on Thursday 6 October at 9:05pm UK time (BST). Here are the start times for other locations:

Not much information about the film is out there so be sure to tune in for whatever Nintendo has to offer. Of course, Chris Pratt – like it or not – is voicing Mario so he could well make an appearance.

In association with Illumination, we do have a look at the official poster which has a lot going on. Mario is standing in the Mushroom Kingdom looking up at Peach’s Castle, high up on a hill. Meanwhile, Toad looks like he has his backpack ready for an adventure.

How to watch the Nintendo Direct live stream

You will be able to watch the Nintendo Direct live stream on Nintendo’s YouTube channel – we’ve embedded the stream here for ease.

What is Nintendo Direct?

Nintendo Direct is the legendary Japanese gaming company’s way of communicating with both the press and fans. It’s namely for making news announcements for upcoming games.

Occasionally there will be a dedicated Pokémon Direct presentation, especially for the franchise, or particular games like Smash Bros and Animal Crossing.