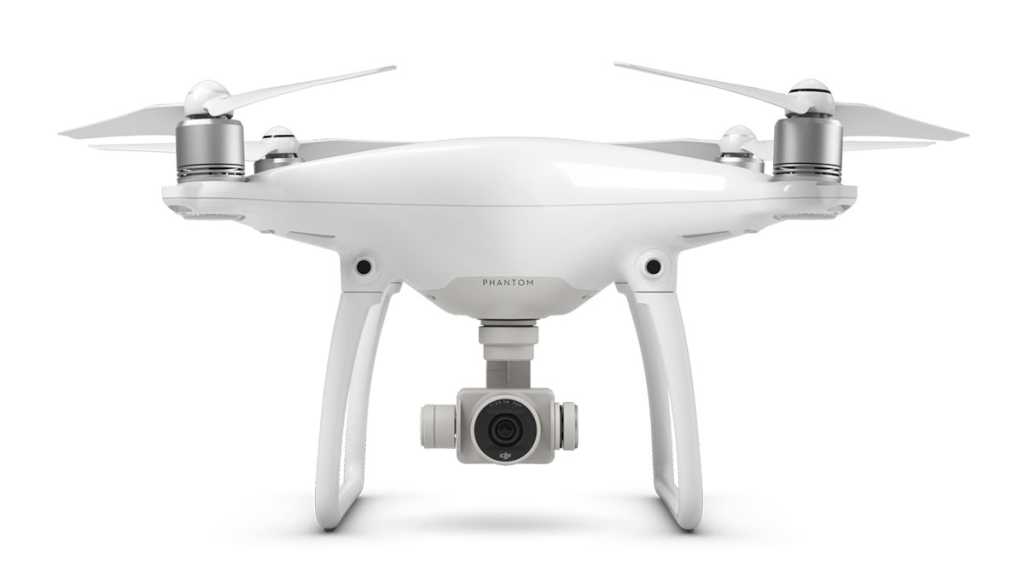 Each new generation of consumer drone brings big updates and the Phantom 4 is the first to be able to ‘see’ the world and be able to avoid crashing into obstacles. Here’s what you need to know about the DJI Phantom 4.

You can buy a Phantom 4 right now from DJI’s website: it officially went on sale on 15 March 2016. DJI also had an exclusive deal until the end of March with Apple, and you can still buy a Phantom 4 from an Apple store.

The Phantom 4 is now available from many retailers, including Heliguy. One of the advantages of buying from a UK-based store or website is that you should get it faster than ordering direct from DJI and you won’t be slapped with import duty.

If you  buy from DJI’s website the Phantom 4 costs £1229. It’s roughly the same price at the Phantom 3 Professional when it launched last year.  DJI said this was a ‘limited launch offer’ but it would appear that this is the normal price. However, considering it comes with a 4K camera and gimbal it’s better value than the 3DR Solo which (even with current discounts) costs £789 and doesn’t include these (and can’t avoid obstacles as standard).

There’s just one model of the Phantom 4, but DJI may well launch cheaper versions later on as it did with the Phantom 3 range.

The big news is obviously the new Obstacle Sensing System. This uses ultrasonic sensors (as on the Phantom 3 Pro, but improved so it works up to 10m off the ground) plus four extra cameras: two front facing and two downward facing. It means the P4 can see people, buildings or other things and avoid them by going around them, over them or stopping short to avoid a crash. It’s said to work at a range of 0.7-15m, and the Go app will alert you when it senses objects. The system also works when you engage return-to-home. 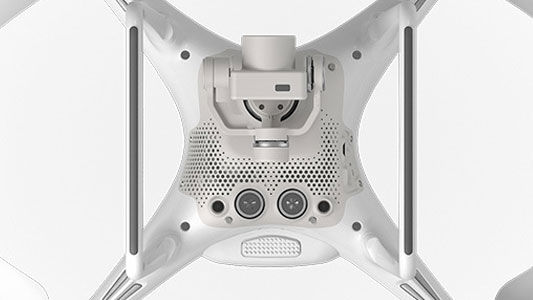 There are other features, too. ActiveTrack lets the P4 track a moving subject without needing a separate GPS tracker – such as a wristband – to be carried by the moving subject. You only need to tap on the object on your phone or tablet’s screen, and the P4 will track it from a safe distance. It works at 3m off the ground, or higher.

TapFly is also new. It won’t appeal to everyone, but lets you fly the P4 using just a phone. You just tap where you want it to go and the avoidance system handles the fine details. It needs the right amount of light to work – it won’t work in dim or dark conditions.

On the remote there’s a new ‘Sport’ mode which lets you fly at the maximum speed of 44mph. The controller also has one other change: the playback button on the top-right is now a pause button (like the 3DR Solo’s) which makes the P4 hover in place.

In terms of the hardware, the Phantom 4 is a new design with new batteries that DJI claims will let it fly for up to 28 minutes. There are new Push and Release props – a new locking mechanism which means the P4 can be more responsive by changing the motor speeds faster without the worry that the props will come loose. 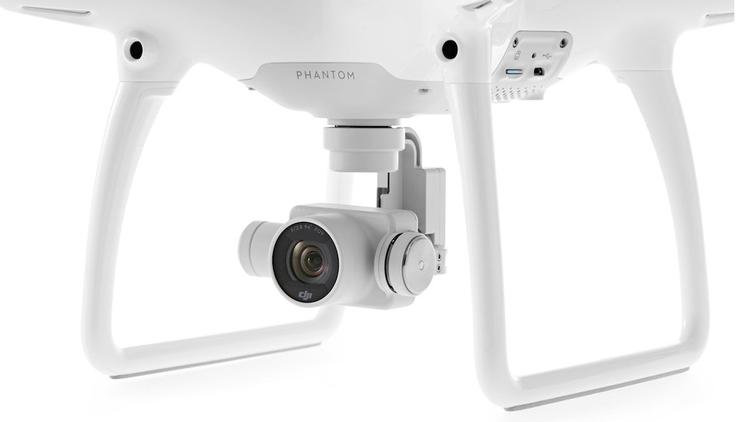 The gimbal is now integrated into the P4’s body, closer to the centre of gravity and the 4K camera has even better image quality. DJI says purple fringing is reduced by over half and lens distortion by a third compared to the P3P. In terms of features, the new camera supports slo-mo video: 120fps at 1080p. It records with a narrow field of view – 47 degrees – in this mode.