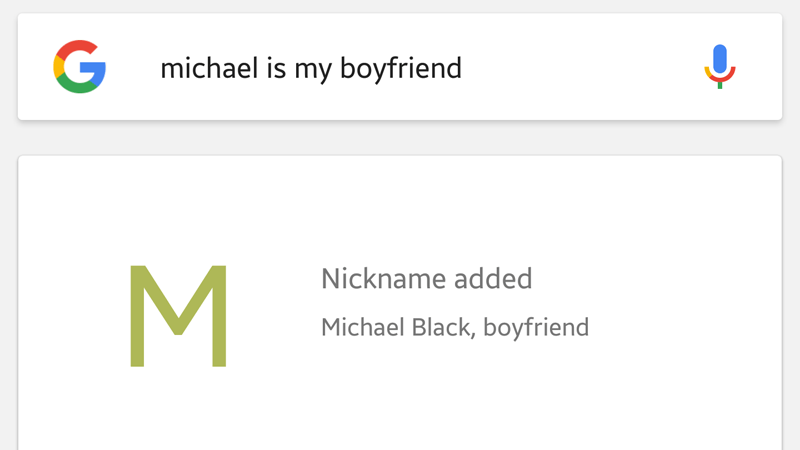 If you use Google Now to initiate phone calls or send texts, adding nicknames to your Google contacts can make the process feel more natural. Here’s how to add nicknames to Android. See all Android how tos.

A great example of this is when you call your mum. You’re not going to ask Google Now to call Rosemary (or whatever your mum’s name might be). That’s just weird. Give your mum the nickname ‘mum’ and you can ask it to call mum instead.

How to add nicknames to Google Contacts

• Open Google Now or the Google app on your phone

• Either say Ok Google or tap the microphone to speak, or tap in the text field to begin your query

• Tell Google about a contact and their relationship to you. For example, ‘Rosemary is my mum’, or ‘Michael is my boyfriend’ 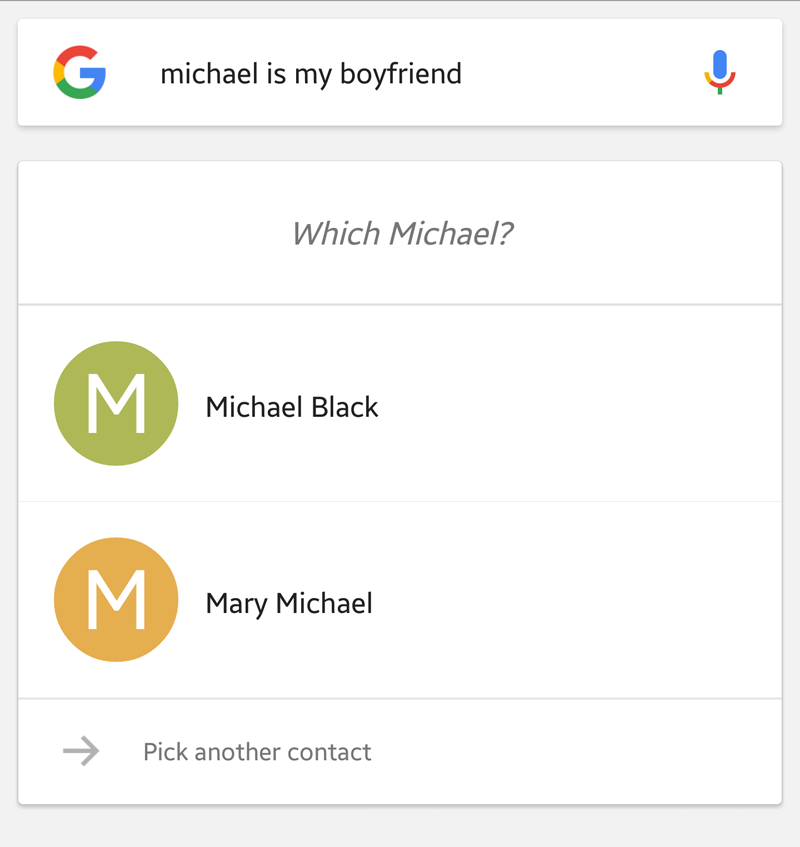 • If you have more than one contact to which this relationship may apply, Google will ask you to select which one you mean – just tap on it. Also see: What is OK Google?

• To save your contact with that nickname, tap on the tick in a blue circle 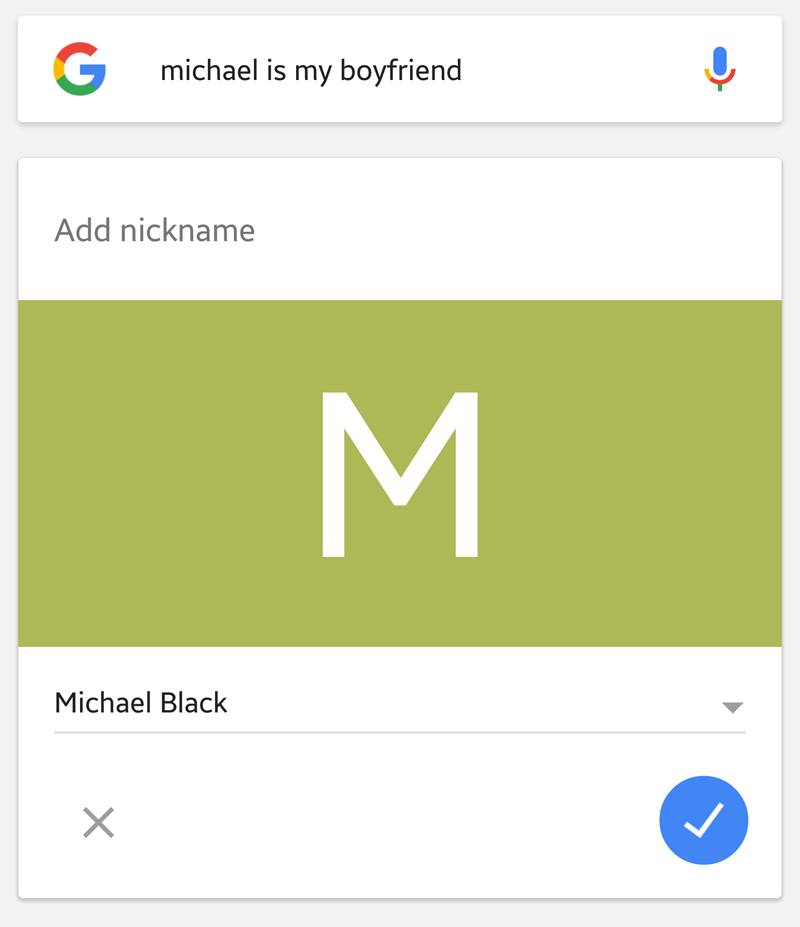 • Google will confirm that the nickname has been added 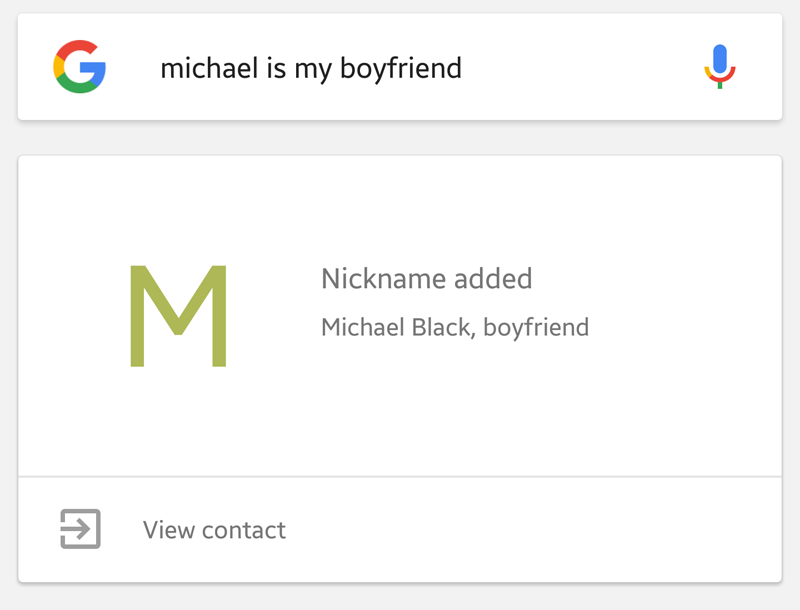 • To later remove that nickname, follow the above process but this time say ‘Michael is not my boyfriend’. Google will ask whether you want to remove the nickname; if you do, tap the blue tick icon 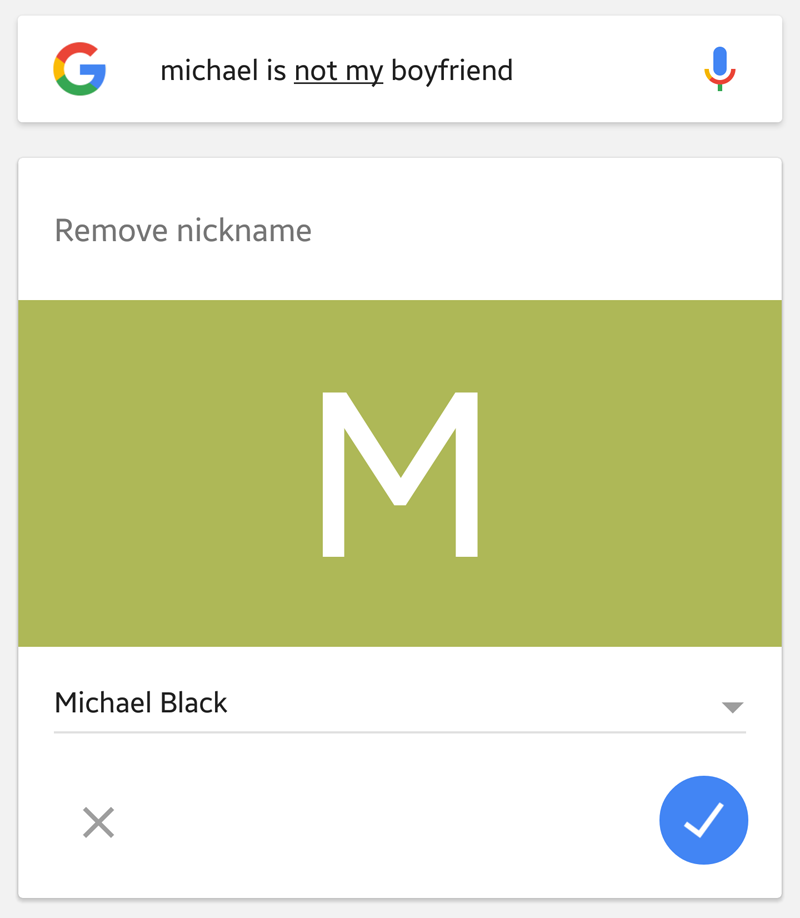 • Once you have saved them you can also manage your nicknames by opening Google Now and selecting Settings, Accounts & privacy, Nicknames