Prior to the LG G5’s launch at MWC, the rumour mill went into overdrive and produced some scarcely believable rumblings about add-on accessories which would upgrade the flagship phone in various ways. Amazingly virtually every rumour turned out to be true, which makes for a very interesting phone indeed. But how does it compare to its predecessor, the widely acclaimed LG G4? Here’s what you need to know. For more, see our LG G5 review.

Both phones are a similar size, yet the G5’s screen is slightly smaller – 5.3in vs 5.5in. There is of course an upgraded processor and GPU, plus an extra gigabyte of RAM. There’s also now a USB-C connector and dual rear cameras.

The slightly smaller battery is a concern: the G5 will be faster than the G4 but may not last as long between charges. LG appears to be countering this with a secondary battery in certain plug-in accessories such as the camera grip which brings the total to 4000mAh. We’ll wait until we have properly tested the G5 before giving our verdict on the new phone though.

The highlight is of course the new accessory slot. This is a good forward step towards a fully modular phone, something which Google has been working on with Project Ara, as has Phonebloks

This allows you to upgrade the G5 with better audio, a camera grip (which adds camera-specific controls and an extra battery) or a DAC – a digital to analogue convertor which improves the sound quality out of the headphone jack. There’s sure to be more accessories launching over the next few months, too.

While the G4 has a removable battery and a microSD slot, it has nothing like the G5’s accessory slot. 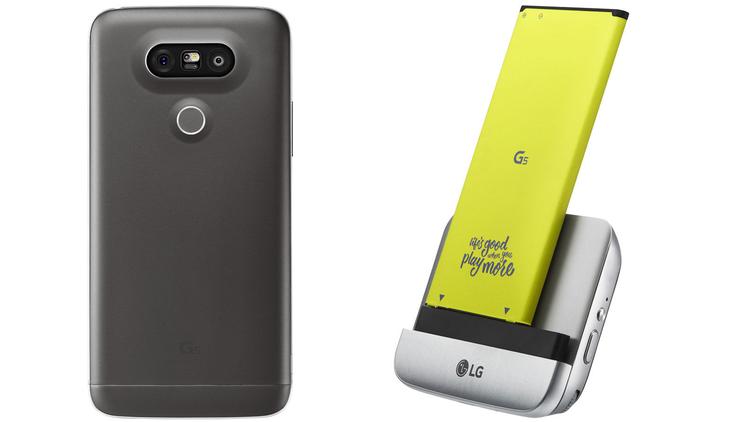 On the G5, it has a 16Mp rear camera like the G4. But in addition it has an 8Mp, 135 degree wide-angle lens. This gives a fisheye view similar to a GoPro action cam that captures more of the scene when you can’t physically move further back.

The dual cameras also let you take a standard and wide-angle photo at the same time. You can then combine these with various effects afterwards, if you want to. 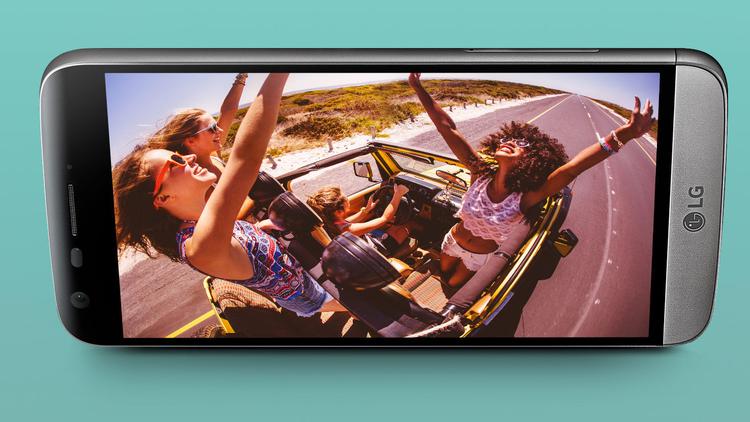 On paper, it looks like LG has just reduced the G4’s screen by 0.2 inches and kept the same Quad-HD resolution of 2560×1440. However, the changes go a lot deeper.

For a start, a portion of it is always on. Despite being an IPS screen rather than AMOLED, LG has developed new screen tech so that it can run a segment of the backlight at a low level which allows the time, date and notifications to be shown on screen all the time so you don’t have to wake the phone. 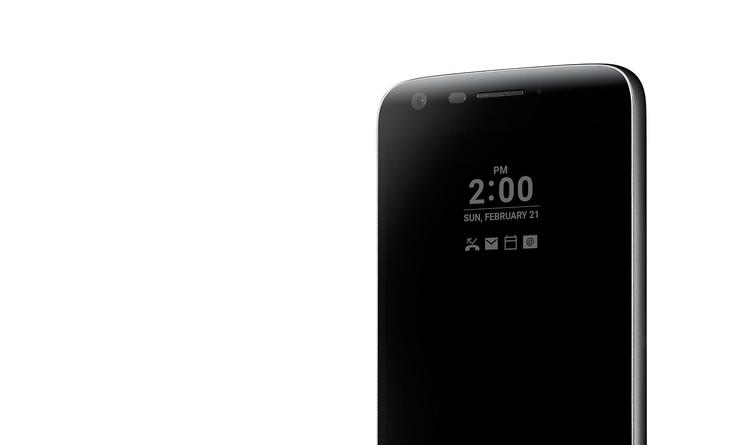 If you buy LG’s official cover (or one of the expected third-party options with a hole in the right place) you’ll be able to see this info even when the screen is covered up.

The backlight is also capable – LG says – of 800 nits. This is great for framing photos (or simply reading an email) when it’s bright and sunny outdoors.

Gone is the G4’s unusual power and volume button arrangement from the back of the phone. In its place on the G5 is a fingerprint reader. This may seem an odd location, but we’ve used this on several Huawei phones and know that it’s actually very ergonomic. And, just for the sake of clarity, the G4 didn’t have a fingerprint scanner: 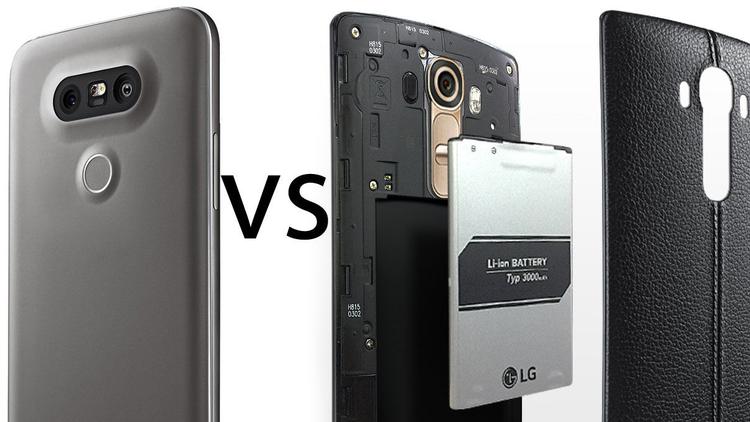 The volume buttons are on the side, as you’d expect, and the headphone jack is on the top edge.

The G5’s design is also quite a departure from the G4’s which was very similar to the G3. Instead of a removable rear cover, the G5 has a metal unibody. But unlike most unibody phones, the battery is removable: it slides out of the bottom when the lower panel is removed.

The battery itself has dropped in capacity by 200mAh. While that may be a disappointment to some, the better efficiency of the Snapdragon 820 should negate this and mean the G5 lasts as long as the G4. However, we’ll have to wait until we can run our battery tests before we can say this for sure.

It goes without saying that the G5 gets the latest version of Android: Marshmallow. The G4 shipped with Lollipop but an upgrade to Marshmallow is on the cards if not available to install already.

The G5 gets a unique app, the Friends manager. This is a hub where you can manage accessories for the ‘magic slot’ plus those which connect wirelessly such as the 360 camera and those you connect via a wire – a USB cable in the case of the 360 VR headset.

The G4 wasn’t lacking in this respect, but the G5 has an upgraded LTE module supporting Cat 9 for faster speeds and also retains the infrared port.

For GPS, both have A-GPS with GLONASS. The G5 also supports BDS, which is a Chinese GPS system currently under development.

This is a tricky question right now. Clearly the new model is superior in most respects. The modular nature is exciting and could make it more future proof. But, given how quickly phones are superseded, there’s only 12 months for the LG & Friends ecosystem to establish itself. Will LG continue with the same slot in the G6? It’s impossible to know.

The G4’s price is likely to drop even further now that the G5 has been announced, and it’s already a bargain at under £300.

We don’t yet know how much the G5 will cost since neither LG nor mobile operators have announced a SIM-free or contract pricing. We expect it to be £500+ unlocked – it is a brand new flagship phone after all.

For some people, the extra cost won’t be worth it, but for others the new features will be exactly what they want. Buying into a modular system is a risky business, but if photography and video is a priority, the G5 looks to be a winner. We’re eager to test out the built-in cameras as well as the LG Cam Plus and 360 add-ons to see how they compare to the best phone cameras.