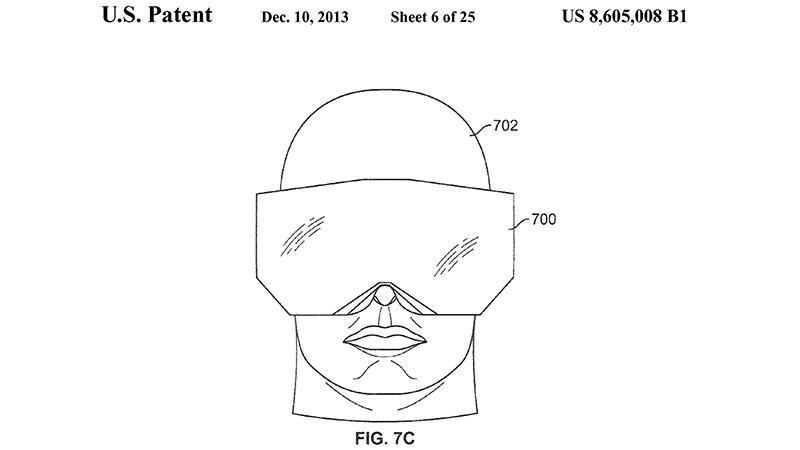 There are many rumours floating around suggesting that Apple is following in the footsteps of Oculus, HTC and Sony by developing its own virtual reality headset. It seems like 2016 will be the year of virtual reality, with popular headsets including the Oculus Rift now available to pre-order with the HTC Vive Pre and PlayStation VR rumoured not to be too far behind. Here, we take a look at the latest Apple VR headset rumours, including patents, company acquisitions and comments from Apple CEO Tim Cook himself. (See also:  Samsung Gear VR vs Oculus Rift comparison.)

So, the biggest question of all is “When will Apple release its virtual reality headset?” and while a lack of rumours suggests that we may not be seeing a finished product anytime soon, we can speculate based on rival headsets. The Oculus Rift, one of the biggest names in virtual reality at the moment, is available for pre-order now after years of development, with shipping due to start in March.

The HTC Vive Pre is also set to go up for pre-order at the end of February, although its actual launch isn’t yet known. With this being said, we speculate that it’ll be out by June – which seems to be the month when a few VR-enabled games (Ark: Survival Evolved included) are set to officially hit the market. Sony’s PlayStation VR is another prime example, with rumours suggesting a 2016 release date.

With all this being said, it looks as if 2016 is the year for virtual reality. Now, Apple can play it one of two ways; release its VR headset this year and compete with other popular headsets, or observe the competition, its strengths and pitfalls, and release a better product at some point in 2017. We’re not quite sure which way this will be going, and it’ll be interesting to see how things develop throughout 2016. Keep checking back, as we’ll be updating this section with more information as soon as we receive it.

Read next: Hands-on with the HTC Vive Pre VR headset

Rumours are exactly that – just rumours. However, when the Apple CEO starts discussing the applications of virtual reality, it does lend some credibility to the idea of Apple developing a virtual reality headset. During Apple’s quarterly earnings conference back in January 2016, Tim Cook, Apple CEO fielded a question regarding virtual reality and its applications. He replied, in true Apple fashion “In terms of VR, I don’t think it’s a niche. It’s really cool and has some interesting applications.”

While it’s not confirmation that the company is developing its own virtual reality headset, Apple has made similar comments in the past about products it has later released. Take the Apple TV for example; Back in 2014, before the launch of the new Siri and App Store-enabled Apple TV, Tim Cook was quoted saying that TV was an area that Apple had “great interest in”. A year later, and the new Apple TV was launched. It’s the same story with the Apple Watch, too; back in 2013, Cook described the idea of smartwatches “interesting”.

So, as we’ve been saying, it’s not confirmation as such, but definitely an indication that it’s a market that Apple is looking into.

So, who is working on Apple’s VR headset? It’s common knowledge that when Apple wants to develop a new product, it’ll buy up companies that feature tech it’s interested in, as well as hire prominent individuals in the market to work on the project. With this being said, Apple has been pretty busy acquiring companies; it started in 2013 with Apple buying PrimeSense, the company that developed the original Xbox Kinect, for an eye-watering $345 million. Many first assumed the tech would tie in with Apple’s TV set (which never materialised) but it also seems suited to VR.

Fast forward to 2015 and Apple bought a number of companies, starting with German company Metaio in May. Metaio is relatively well known in the augmented reality community, with its technology powering a variety of AR-enabled apps including Ikea’s virtual catalogue and Ferrari’s AR showroom app. Then, in November 2015, Apple acquired Faceshift, a company that creates motion-capture technology used in Hollywood blockbusters including the recent Star Wars film.

Most recently, Apple has confirmed its acquisition of Flyby Media, a company that notably developed technology that allows your smartphone to ‘see’ the world around it. The firm has worked with Google in the past, specifically on the image-recognition abilities featured in Google’s Project Tango. The company described itself as “dedicated to building new technology that can elevate, rather than replace, our real-world experiences” and boasted a team with knowledge of large-scale SLAM, indoor navigation, sensor fusion, image recognition and 3D tracking. 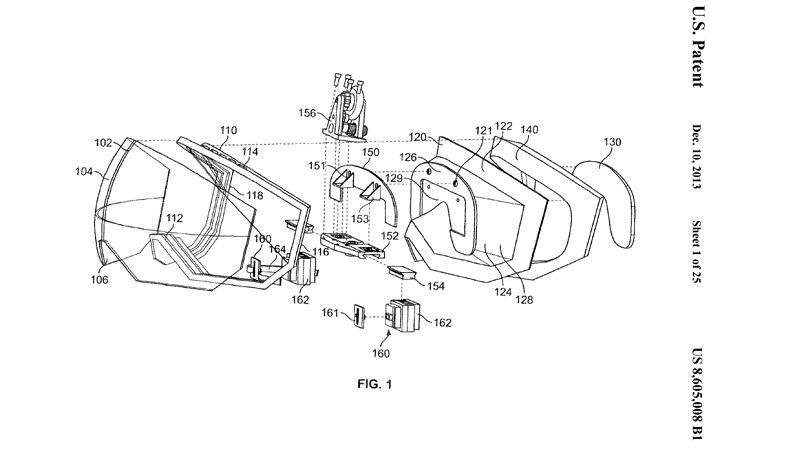 Back in 2013 before virtual reality was a ‘thing’, a particular Apple patent surfaced. It described a head-mounted display that, in theory, could be used for virtual reality. The abstract mentions “a goggle system for providing a personal media viewing experience to a user” and that the “goggle system may include an outer cover, a mid-frame, optical components for generating the media display, and a lens on which the generated media displayed is provided to the user”.

So, what will it look like? According to the patent, it may “resemble ski or motorcycle goggles” and may include “breathable components including, for example, breathable foam that rests against the users face, and may allow for the user to move the display generation components for alignment with the user’s eyes”.

Prepare for some changes, though, as the company filed this patent back in 2007, before the iPhone was even released.