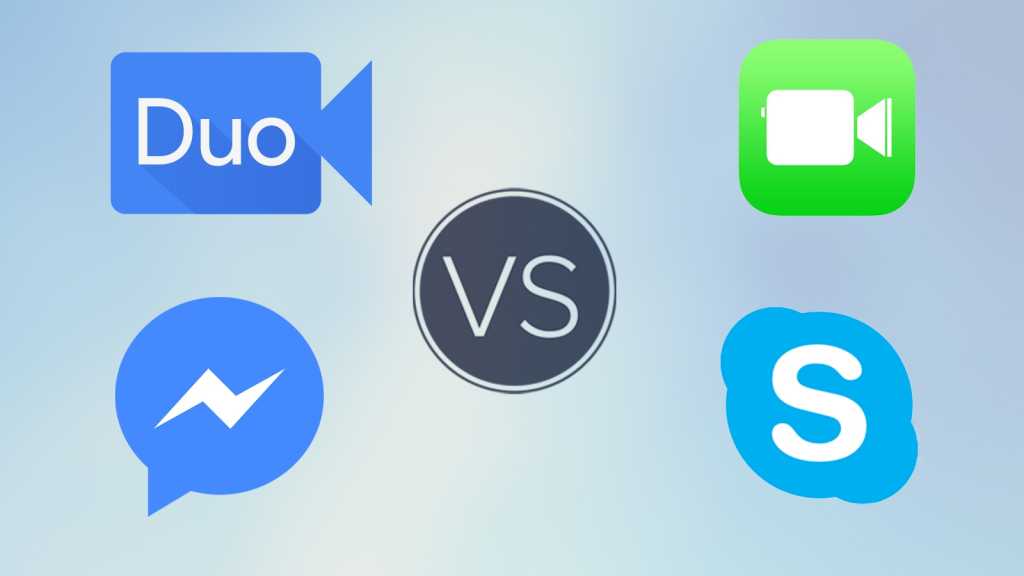 Back in May, Google announced it would be launching two new apps, Allo and Duo. Allo is a messaging app, while Duo – an odd name – is for video calls and is an ideal alternative to FaceTime for Android users.

It’s also slightly odd because Google already offers a way to do video calls through its Hangouts app. Duo, though, it a new standalone app that only let you video call between two people. So let’s see how it competes with Skype and FaceTime.

How to get Google Duo

When you set the app up, you need to link it with a phone number. This doesn’t have to be the number of the device itself, so you can install the app on a tablet as well as a phone.

Google Duo vs FaceTime vs Skype vs Messenger: At a glance

Google Duo is relatively basic, but that’s the idea: it’s simple to use and gets the job done. FaceTime is very similar, and works in the same way as Duo. You pick a contact, start a video call and then tap the screen to bring up options such as switching between front and rear cameras, mute the microphone or end the call.

There’s no group calling, no instant messages, just person-to-person video calls. You can’t even move the thumbnail of your video around the screen as you can with the other services. At least the video rotates if you hold your phone in landscape mode.

Duo has a couple of highlights: the ability to see the caller’s video stream before you answer (Knock Knock) and it can switch between Wi-Fi and mobile data without dropping the call. Currently Knock Knock only works on Android devices, but the capability is built into iOS 10, so it could be added to the iPhone app soon. 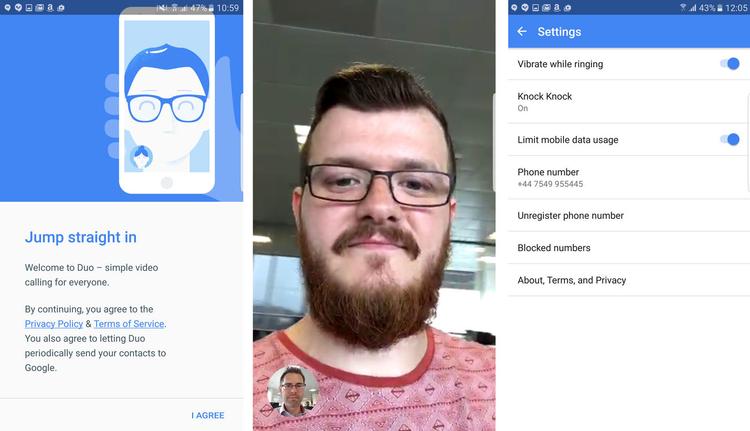 There are some settings, including a ‘limit mobile data’ button and the ability to block certain numbers. If you like, you can also turn Knock Knock off so people can’t see your stream before they answer.

As Duo is brand new, you’ll probably have to ask the other person to install the app before you can call them, otherwise a message will pop up “07345 678910 is unavailable on Duo”.

FaceTime is a video calling service, and is available over Wi-Fi and 3G / 4G. You can make a voice call – FaceTime audio – if your recipient’s device doesn’t have a front camera, or you just prefer not to be seen – only heard. Often, audio quality is better than a conventional phone call. 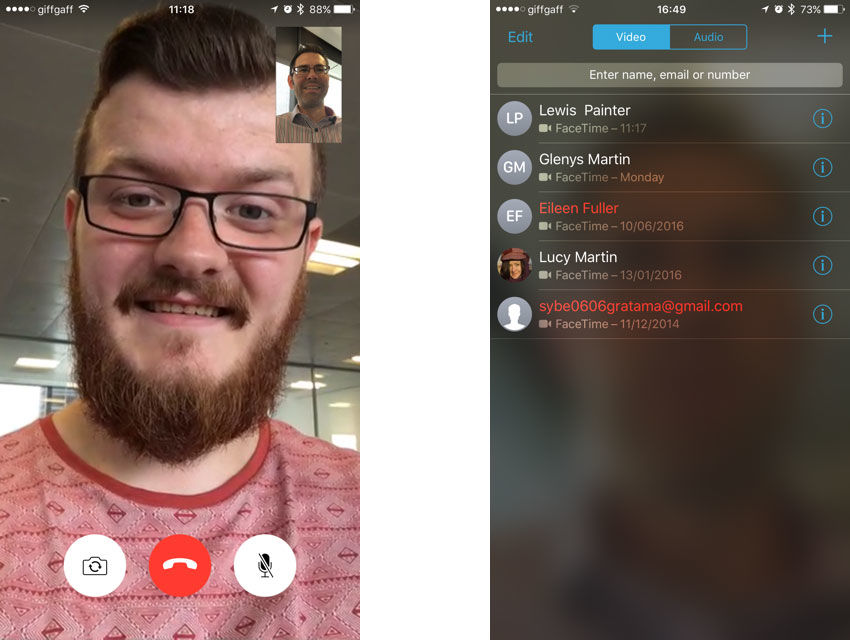 One of the limitations of FaceTime is that it’s exclusively available on Apple devices, so you’ll need an iPad, iPhone, iPod touch or Mac to use it. So you can’t use FaceTime to call your auntie who has an Android phone or tablet. 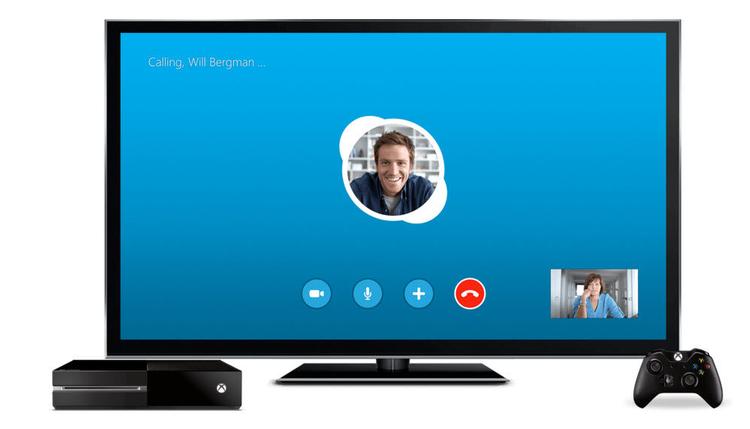 Skype is available on virtually everything, including some TVs. You can install Skype on Apple products, Windows, Android, Windows Phone, Linux, BlackBerry, Amazon Fire phone (and Fire tablets). It’s rare to own a mobile device and not be able to use Skype. See also: How to use Skype

Skype has the most features, but can be a pain to use. For example, it regularly asks you to log in when you launch the apps, but this doesn’t happen in FaceTime or Duo. However, Skype makes up for this by offering group calling, instant messaging and – if you use the desktop apps – call translation. 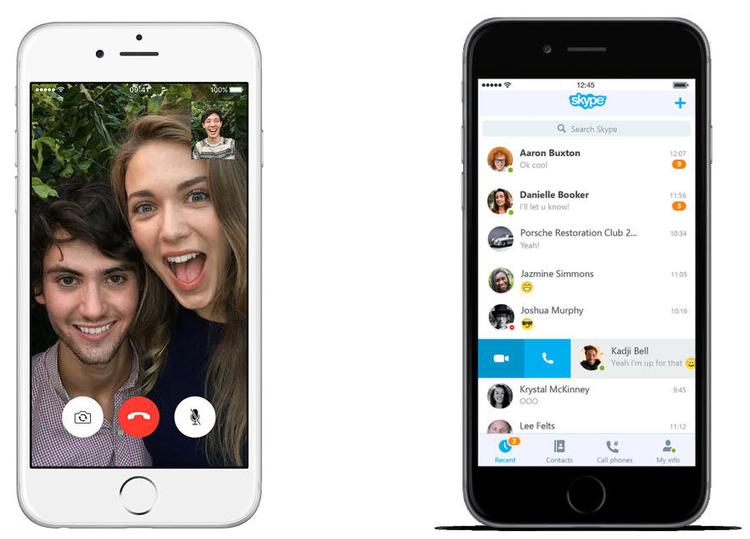 Skype can also be used to call landlines at low rates, and you can have a Skype number which people can call,  but this part of the service isn’t free.

Skype actually allowed video calls over mobile networks before FaceTime did, even on the iPhone!

Facebook Messenger has evolved from an unwanted extra Facebook app to a genuinely useful communication tool with a surprising number of features. Video calling has been added relatively recently, and even more recent is the introduction of group calls, which work on mobile as well as in Google Chrome, Firefox and Opera on a PC or laptop. 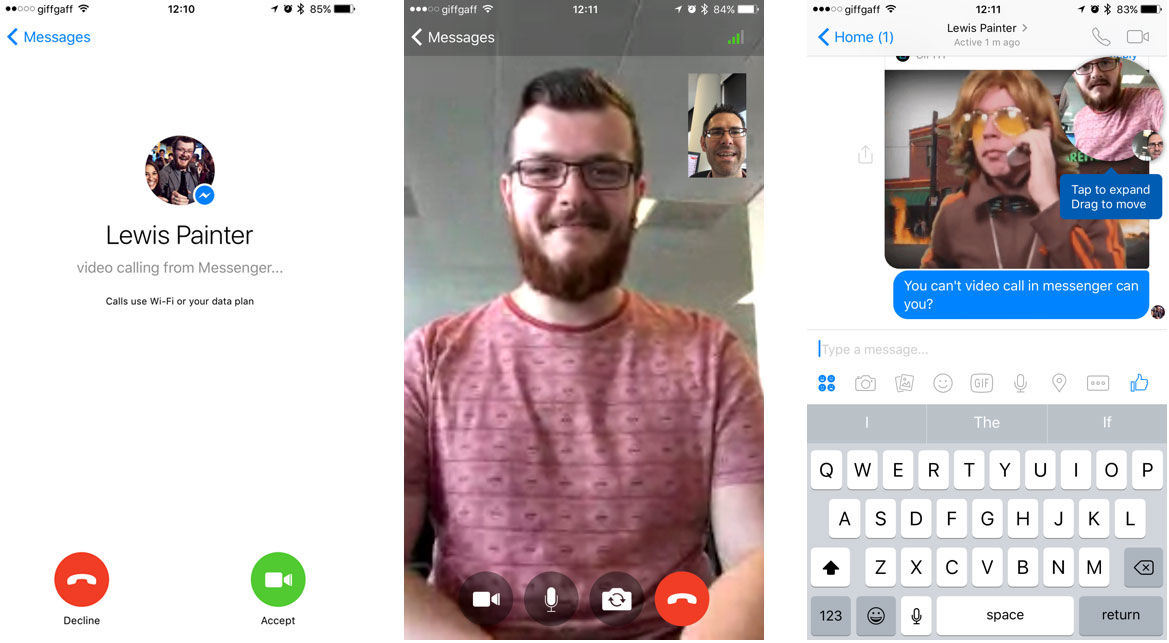 You can mute the microphone and / or camera as you like, and even minimise the video call and carry on using the Messenger app to write instant messages, send stickers and so on.

Google Duo vs FaceTime vs Skype vs Messenger: Quality

Quite obviously you will see higher quality if you have a faster link between you, but there are other factors involved as well.

One is the quality of the hardware used: web cams vary in quality as do microphones. Another factor is image processing and the compression used.

Apple has an advantage here, since it controls both software and hardware. So as well as good-quality cameras and microphones (especially on the latest iPhones and iPads), Apple can also use hardware for encoding and decoding the video.

The others (on the whole) have to make do with software to do these jobs, which also uses more CPU power, and battery power.

Skype is peer-to-peer though, while the others use their own central servers to facilitate video calls.

Google Duo vs FaceTime vs Skype vs Messenger: Security

An often overlooked factor in messaging, calling and video chatting is security. The good news is that both Skype and FaceTime are pretty secure.

Skype encrypts all video and voice calls, as it does with any files and instant messages you share.

Apple, too, provides end-to-end encryption for FaceTime and iMessage. This means that no-one but the sender and receiver can view them.

Facebook only recently (July 2016) began adding end-to-end encryption, and only for ‘secret conversation’ instant messages. Video calls are not encrypted, as far as we’re aware.

Duo, however, certainly does have end-to-end encryption for video calls, a feature plenty of Hangouts users have wanted.

Google Duo vs FaceTime vs Skype vs Messenger: Verdict

Each of these video calling services has their advantages. However, FaceTime is without question the most limited as it’s only on Apple hardware. Duo is next, as it only offers person-to-person video calls and nothing else. If that’s what you’re looking for, it’s great – and offers end-to-end encryption too.

Facebook Messenger is fine as long as the person you want to call has the app installed and you don’t mind the lack of privacy.

Plently more people have access to Skype as it’s available on so many platforms. Both Skype and Messenger are good if you want to call more than one person – neither Duo nor FaceTime have this option. But Skype also has encryption.